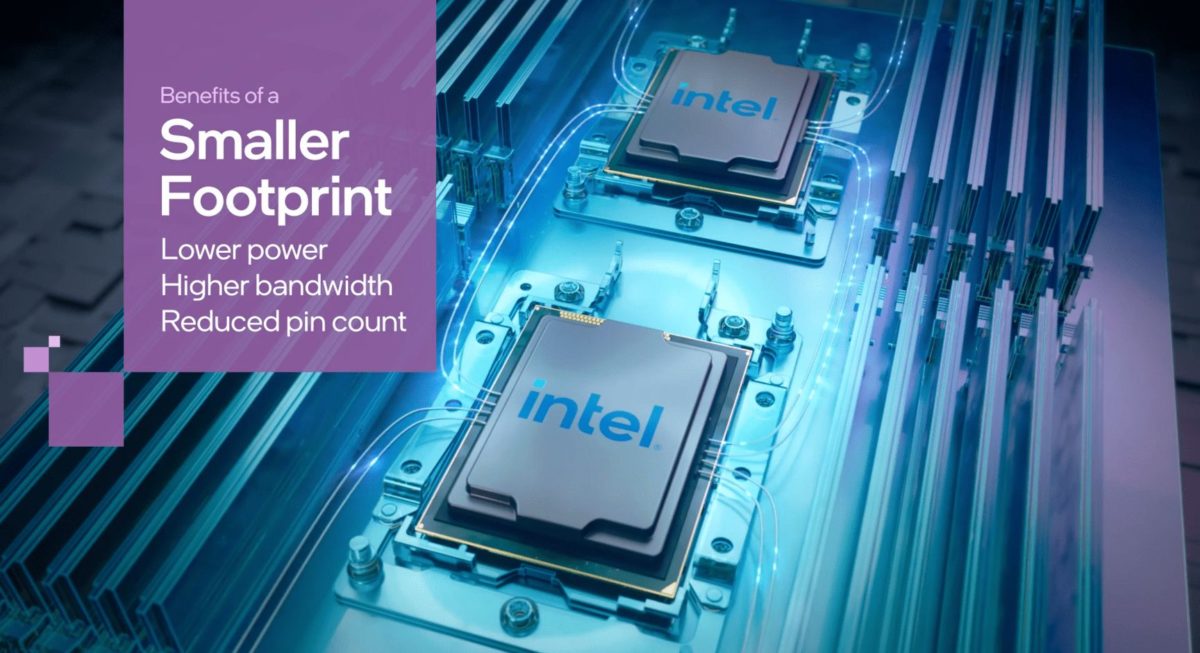 “We are approaching an I/O power wall and an I/O bandwidth gap that will dramatically hinder performance scaling. The rapid progress Intel is making in integrated photonics will enable the industry to fully re-imagine data center networks and architectures that are connected by light. We have now demonstrated all of the critical optical technology building blocks on one silicon platform, tightly integrated with CMOS silicon. Our research on tightly integrating photonics with CMOS silicon can systematically eliminate barriers across cost, power and size constraints to bring the transformative power of optical interconnects to server packages.”
–James Jaussi, senior principal engineer and director of PHY Lab, Intel Labs

Why it matters: New data-centric workloads are growing every day within the data center, with ever-increasing data movement from server to server that is taxing the capabilities of today’s network infrastructure. The industry is quickly approaching practical limits of electrical I/O performance. As bandwidth demand for compute keeps increasing, electrical I/O isn’t scaling to keep pace, resulting in an “I/O power wall” that limits available power for compute operations. By bringing optical I/O directly into our servers and onto our packages, we can break down this barrier, enabling data to move more efficiently.

About the New Technology Building Blocks: At the Intel Labs virtual event today, Intel demonstrated key progress in critical technology building blocks that are fundamental to the company’s integrated photonics research. These technology building blocks — including light generation, amplification, detection, modulation, complementary metal-oxide semiconductor (CMOS) interface circuits and package integration — are essential to achieve integrated photonics. A prototype shown at the event featured tight coupling of photonics and CMOS technologies, serving as a proof-of-concept of future full integration of optical photonics with core compute silicon. Intel also showcased micro-ring modulators that are 1000x smaller than traditional components. The large size and cost of conventional silicon modulators have been a barrier to bringing optical technology onto server packages, which require the integration of hundreds of these devices. These combined results pave the way for the extended use of silicon photonics beyond the upper layers of the network to inside the server and onto future server packages. 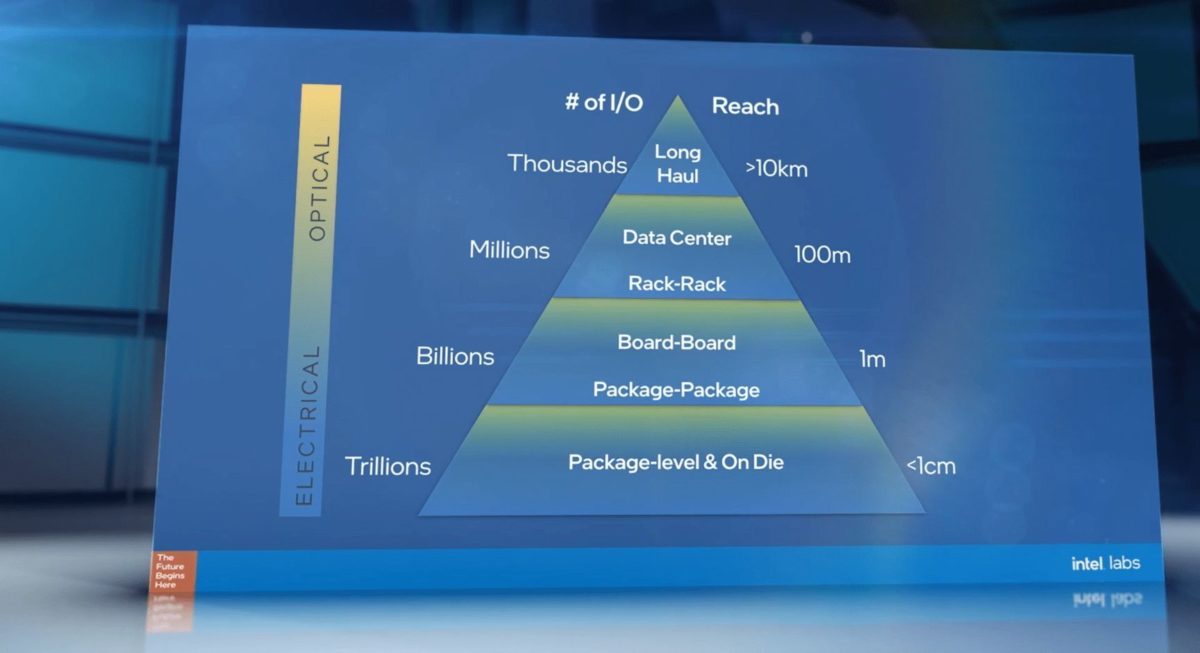 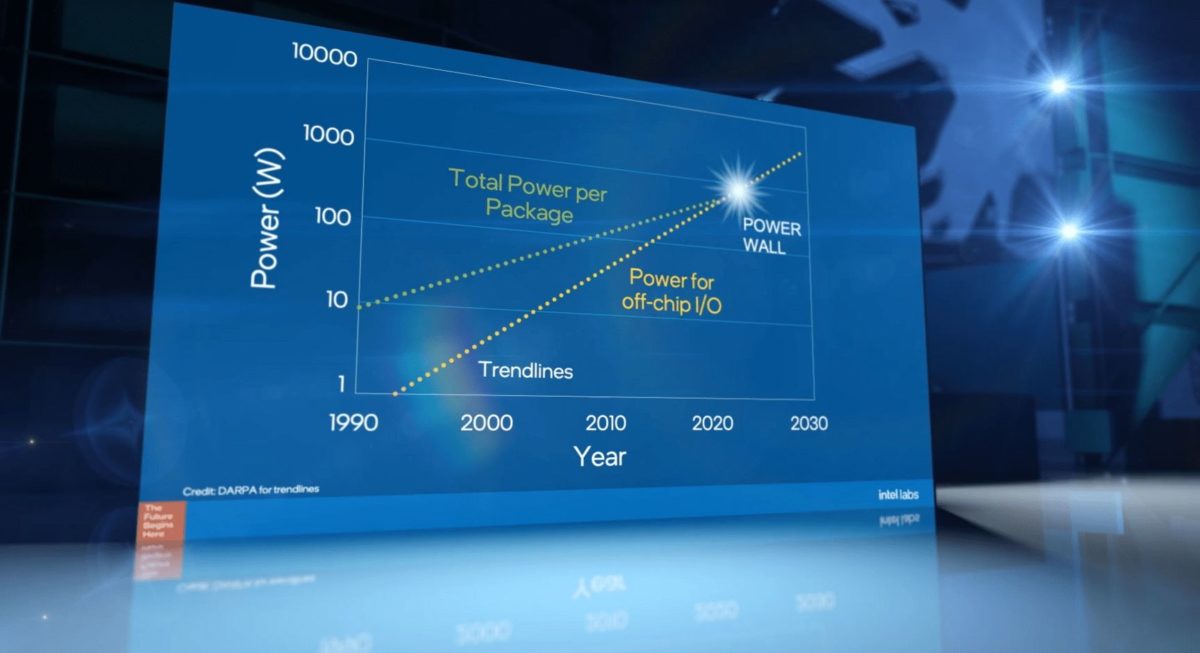 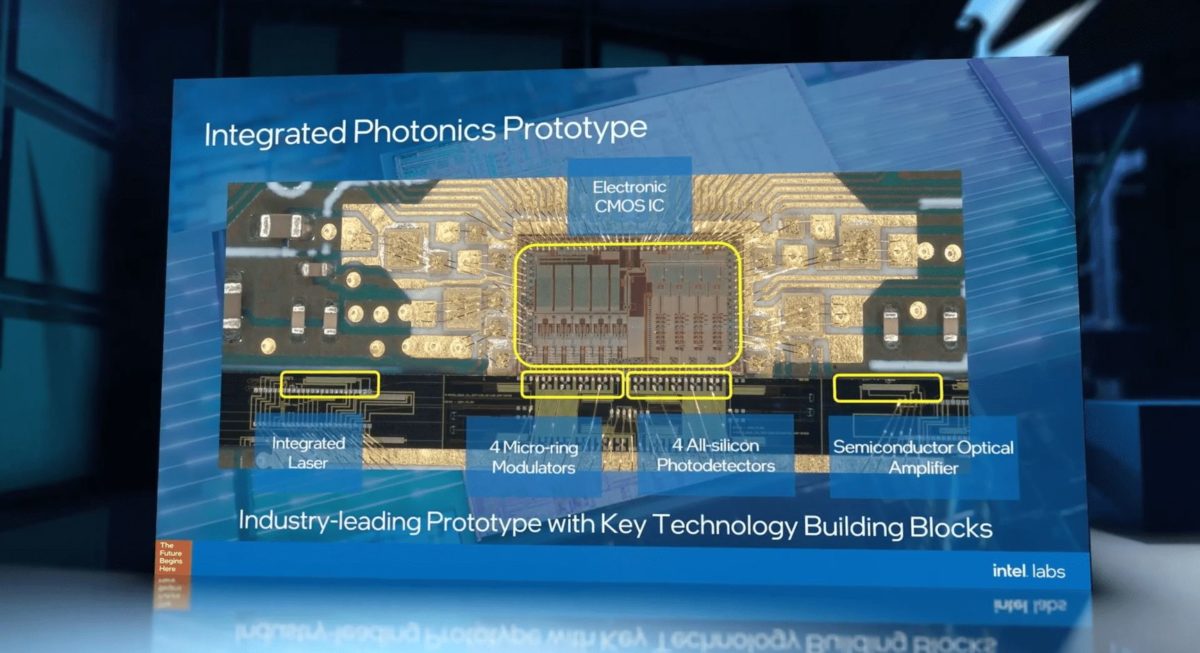 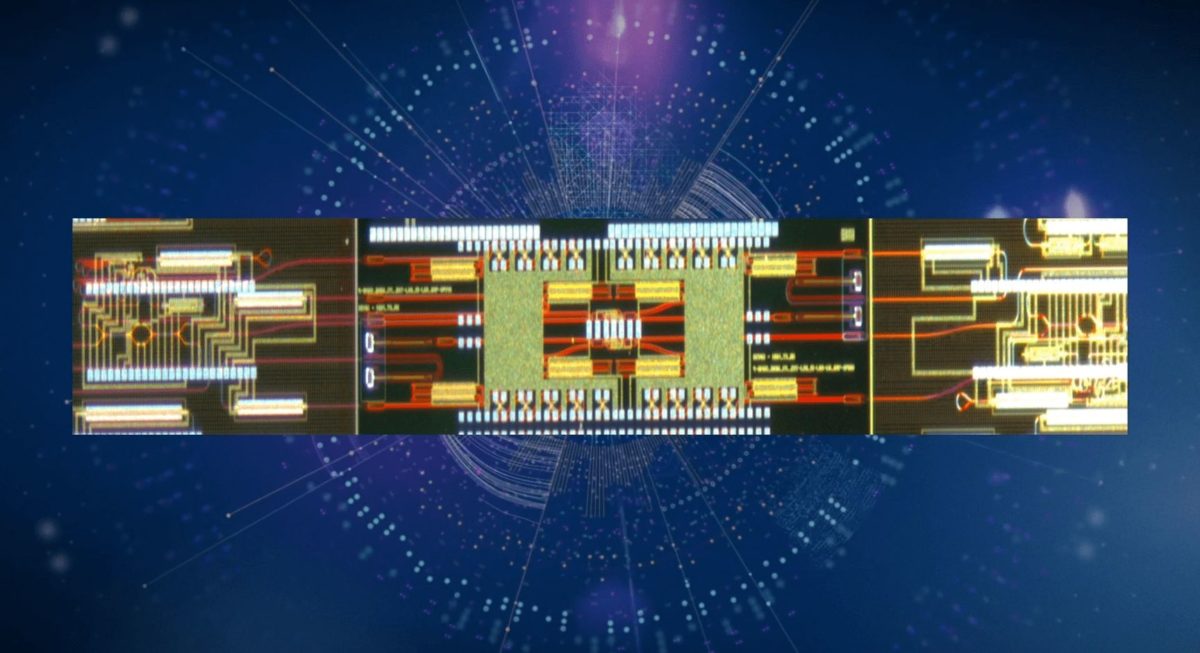 What’s Next: Integrated photonics research demonstrated at the event showcased meaningful progress toward Intel’s ambitious goal initiated many years ago to tap light as the basis of connectivity technology. The new research opens possibilities, including future architectures that are more disaggregated, with multiple functional blocks such as compute, memory, accelerators and peripherals spread throughout the entire network and interconnected via optical and software in high-speed and low-latency links.