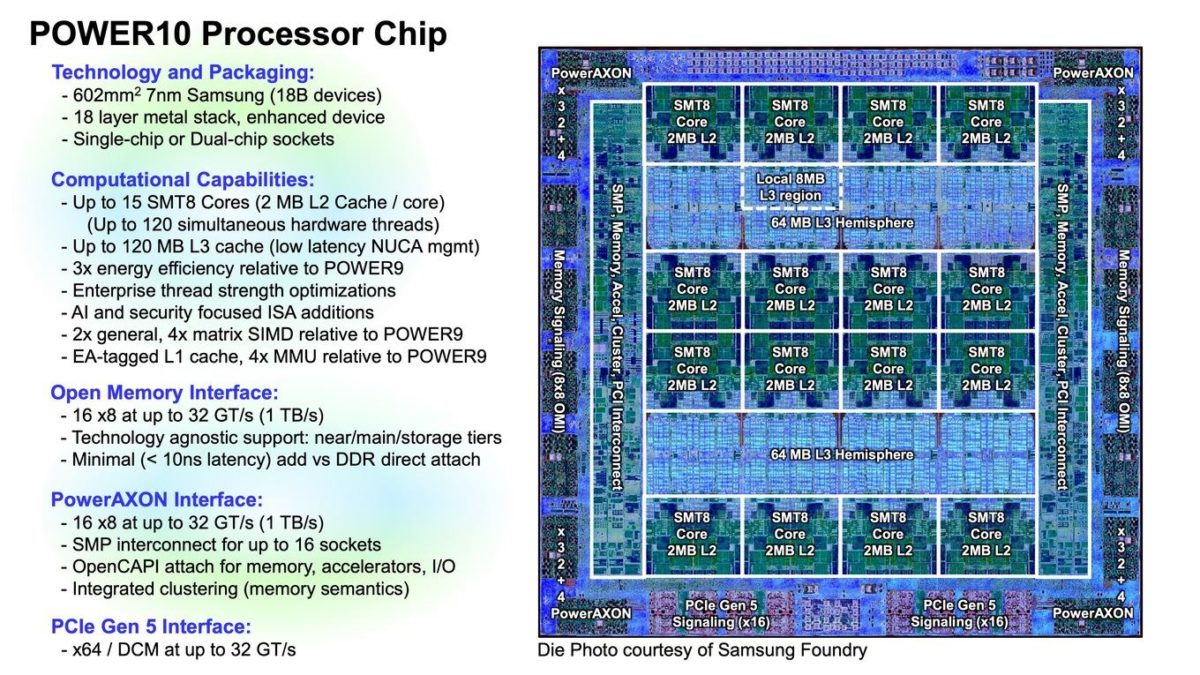 ARMONK, N.Y., Aug. 17, 2020 – IBM today revealed the next generation of its IBM POWER central processing unit (CPU) family: IBM POWER10. Designed to offer a platform to meet the unique needs of enterprise hybrid cloud computing, the IBM POWER10 processor uses a design focused on energy efficiency and performance in a 7nm form factor with an expected improvement of up to 3x greater processor energy efficiency, workload capacity, and container density than the IBM POWER9 processor.1

Designed over five years with hundreds of new and pending patents, the IBM POWER10 processor is an important evolution in IBM’s roadmap for POWER. Systems taking advantage of IBM POWER10 are expected to be available in the second half of 2021. Some of the new processor innovations include: 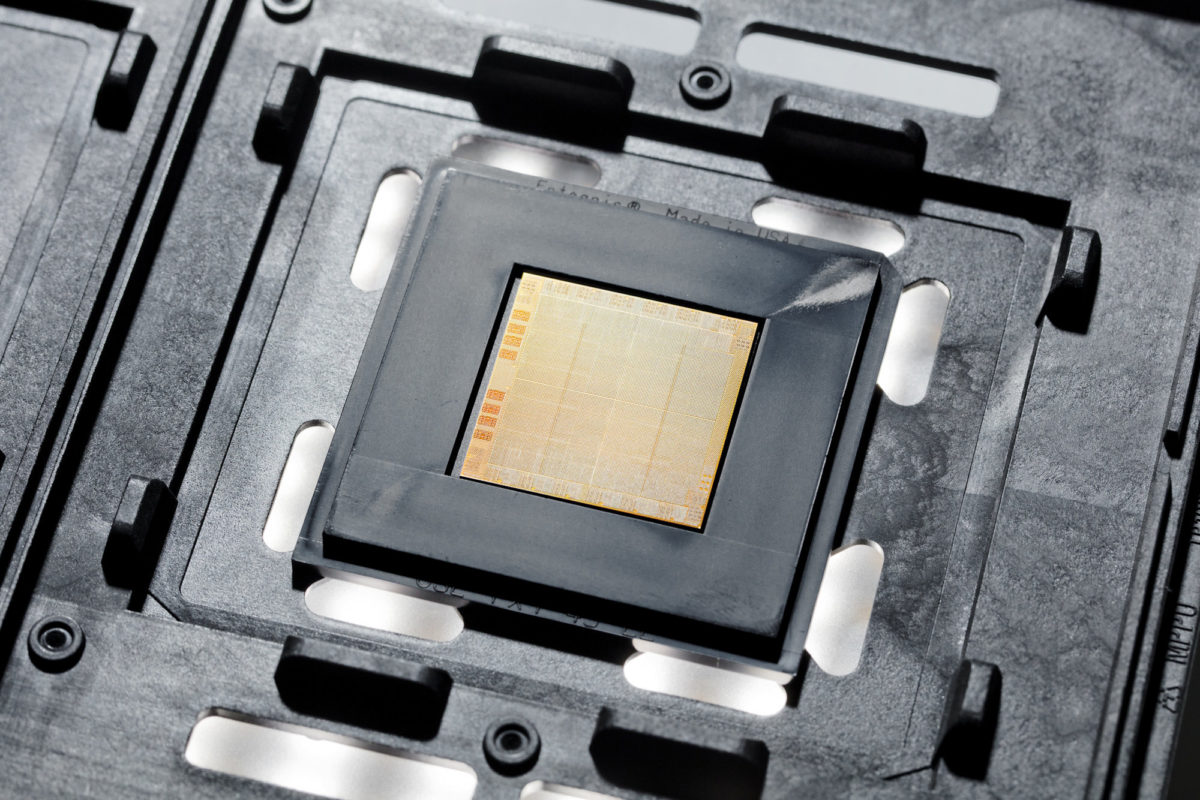 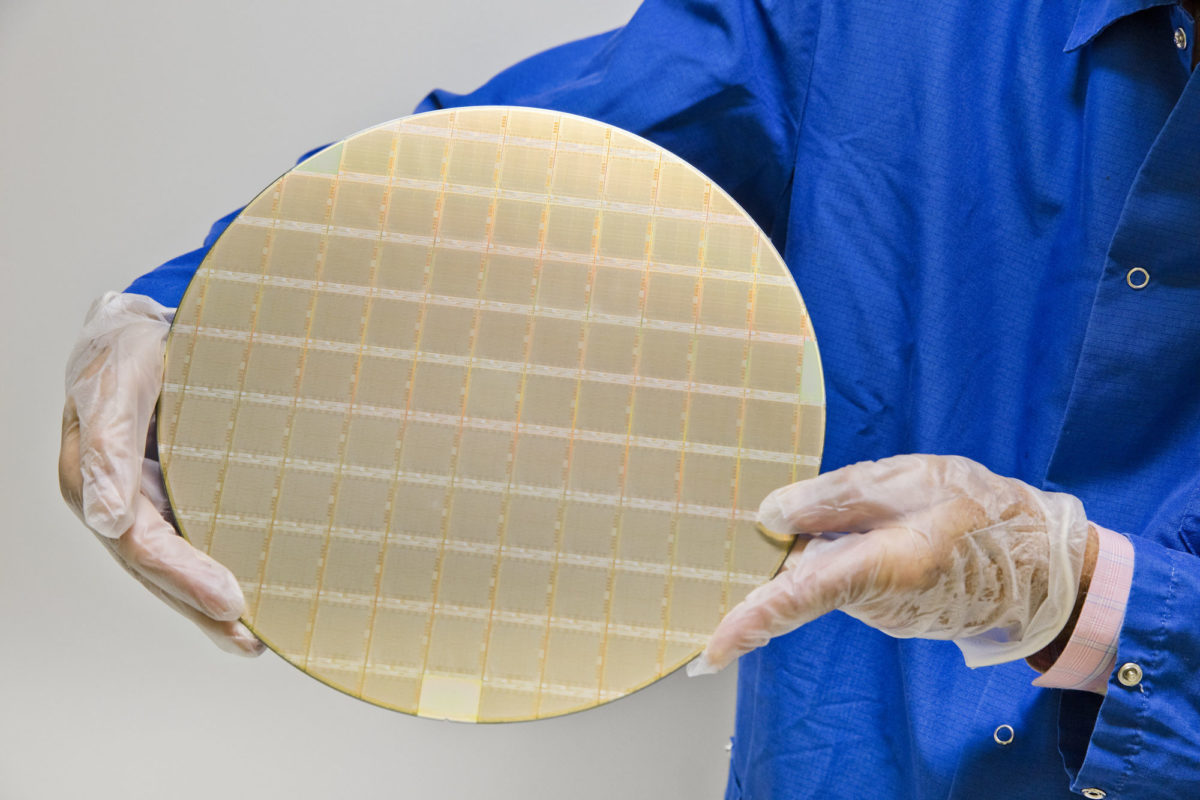 With this updated technology and a focus on designing for performance and efficiency, IBM POWER10 is expected to deliver up to a 3x gain in processor energy efficiency per socket, increasing workload capacity in the same power envelope as IBM POWER9. This anticipated improvement in capacity is designed to allow IBM POWER10-based systems to support up to 3x increases in users, workloads and OpenShift container density for hybrid cloud workloads as compared to IBM POWER9-based systems. 1

This can affect multiple datacenter attributes to drive greater efficiency and reduce costs, such as space and energy use, while also allowing hybrid cloud users to achieve more work in a smaller footprint.

Further, to address new security considerations associated with the higher density of containers, IBM POWER10 is designed to deliver new hardware-enforced container protection and isolation capabilities co-developed with the IBM POWER10 firmware. If a container were to be compromised, the POWER10 processor is designed to be able to prevent other containers in the same Virtual Machine (VM) from being affected by the same intrusion.

Cyberattacks are continuing to evolve, and newly discovered vulnerabilities can cause disruptions as organizations wait for fixes. To better enable clients to proactively defend against certain new application vulnerabilities in real-time, IBM POWER10 is designed to give users dynamic execution register control, meaning users could design applications that are more resistant to attacks with minimal performance loss.

For both cloud users and providers, Memory Inception offers the potential to drive cost and energy savings, as cloud providers can offer more capability using fewer servers, while cloud users can lease fewer resources to meet their IT needs.

As AI continues to be more and more embedded into business applications in transactional and analytical workflows, AI inferencing is becoming central to enterprise applications. The IBM POWER10 processor is designed to enhance in-core AI inferencing capability without requiring additional specialized hardware.

With an embedded Matrix Math Accelerator, the IBM POWER10 processor is expected to achieve 10x, 15x, and 20x faster AI inference for FP32, BFloat16 and INT8 calculations respectively to improve performance for enterprise AI inference workloads as compared to IBM POWER9,2 helping enterprises take the AI models they trained and put them to work in the field. With IBM’s broad portfolio of AI software, IBM POWER10 is expected to help infuse AI workloads into typical enterprise applications to glean more impactful insights from data.

Building the Enterprise Hybrid Cloud of the Future

With hardware co-optimized for Red Hat OpenShift, IBM POWER10-based servers will deliver the future of the hybrid cloud when they become available in the second half of 2021. Samsung Electronics will manufacture the IBM POWER10 processor, combining Samsung’s industry-leading semiconductor manufacturing technology with IBM’s CPU designs.