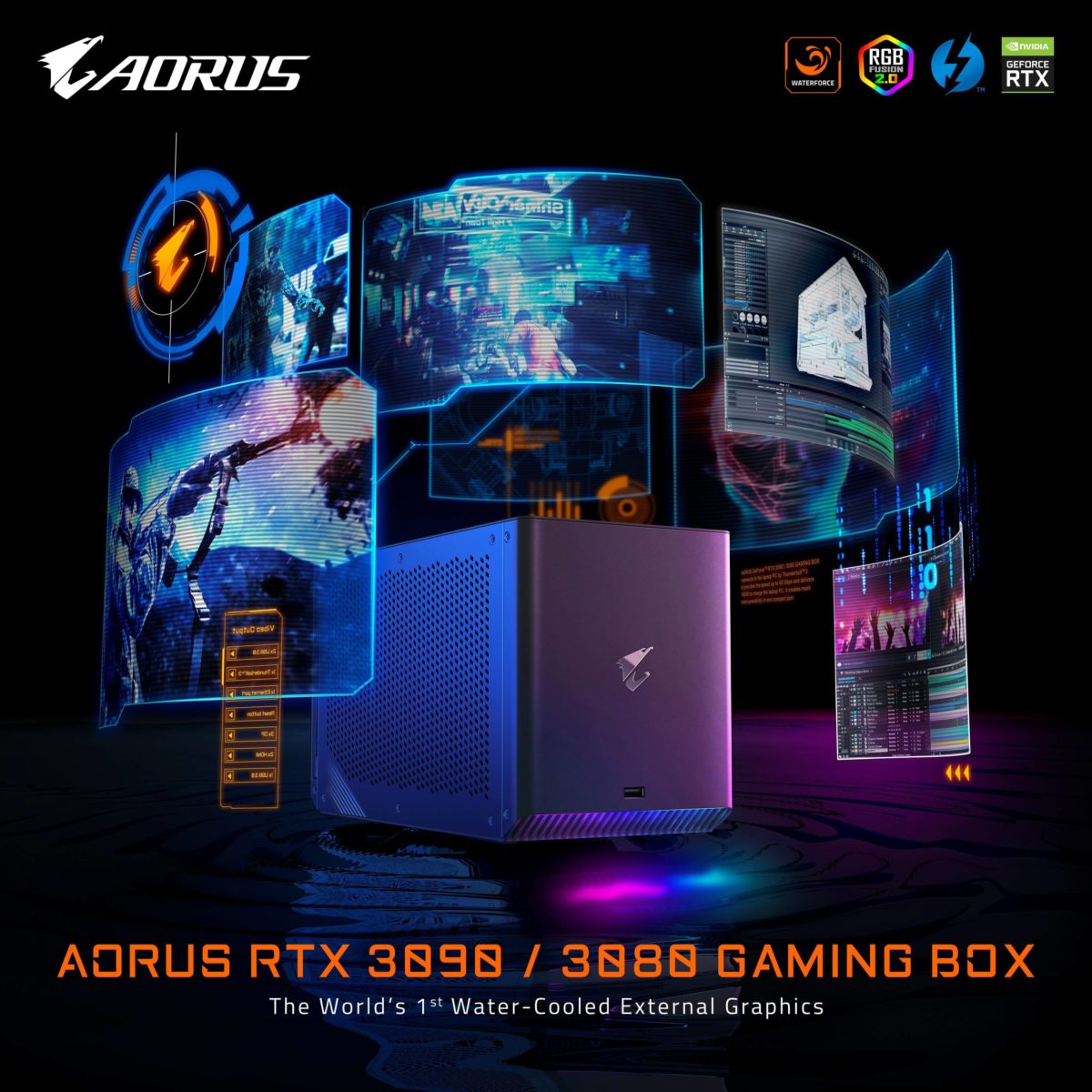 AORUS RTX 3090/3080 GAMING BOX is the world’s 1st external graphics box with a built-in all-in-one water cooling system. In order to enjoy the best GeForce RTX™ 3090/3080 computing performance and comfortable environment at the same time, AORUS WATERFORCE is the only solution that can satisfy both demands in a compact size. AORUS provides an all-around cooling solution for all key components of the graphics card. We take care of not only the GPU but also the VRAM and MOSFET to ensure a stable operation and longer life. AORUS WATERFORCE all-in-one cooling system integrates a large copper plate, a 240mm aluminum radiator and two 120mm fans. With an optimized pump and water block, it provides the most efficient water flow and cooling performance at a lower noise level. 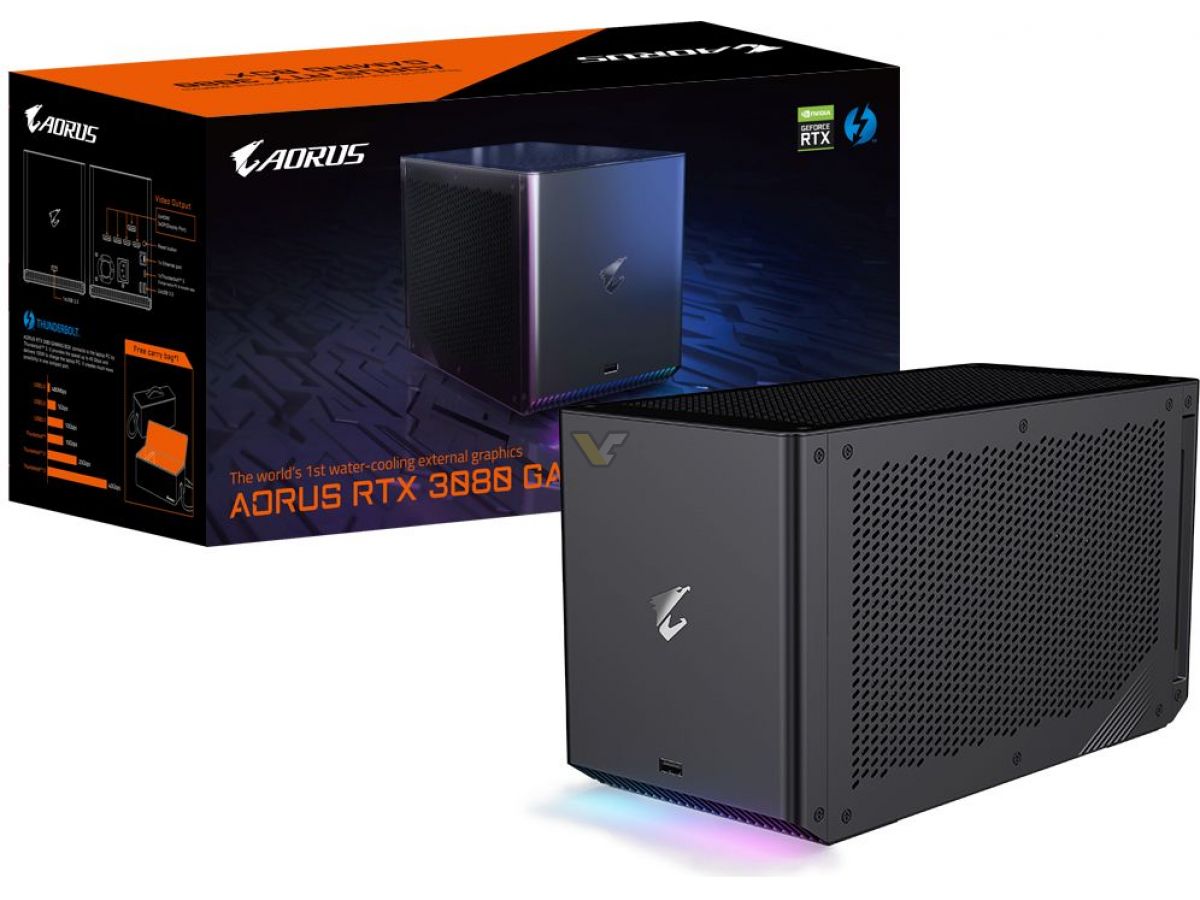 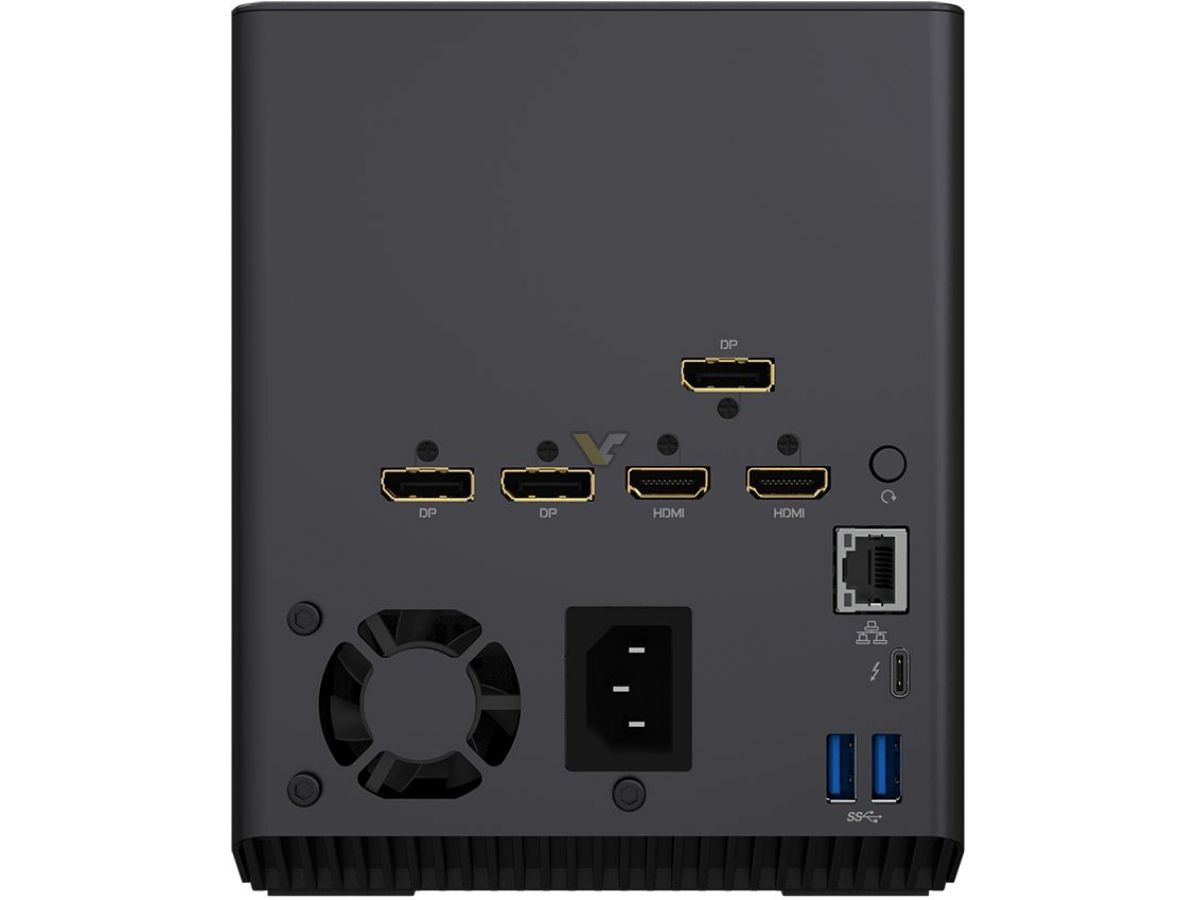 Powered by the GIGABYTE GeForce RTX™ 3090/3080 graphics card, AORUS RTX 3090/3080 GAMING BOX transfers the Ultrabook laptop PC into a gaming platform and delivers incredible performance for real-time ray tracing and graphics-intensive games. A network chip that allows you to connect to a wired network is built into the GAMING BOX. You don’t have to worry about transmission interference during the game. Install AORUS engine and RGB Fusion 2.0 to adjust the performance and RGB lighting according to your preference.

Powerful AORUS RTX 3090/3080 GAMING BOX accelerates your work with incredible boosts in performance. Whether you are doing VIDEO EDITING、3D ANIMATION、PHOTOGRAPHY、GRAPHIC DESIGN、ARCHITECTURAL VISUALIZATION or BROADCASTING, it can save you a lot of time. 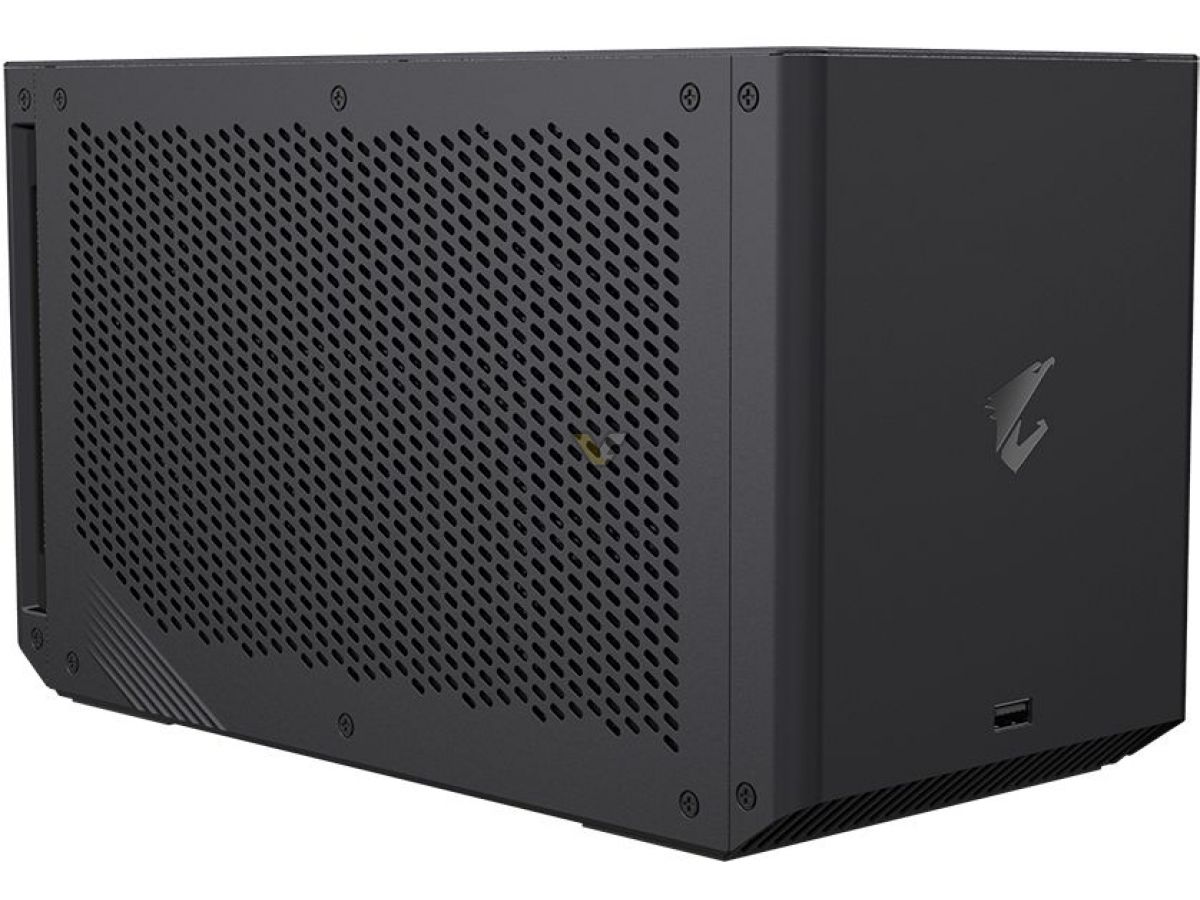 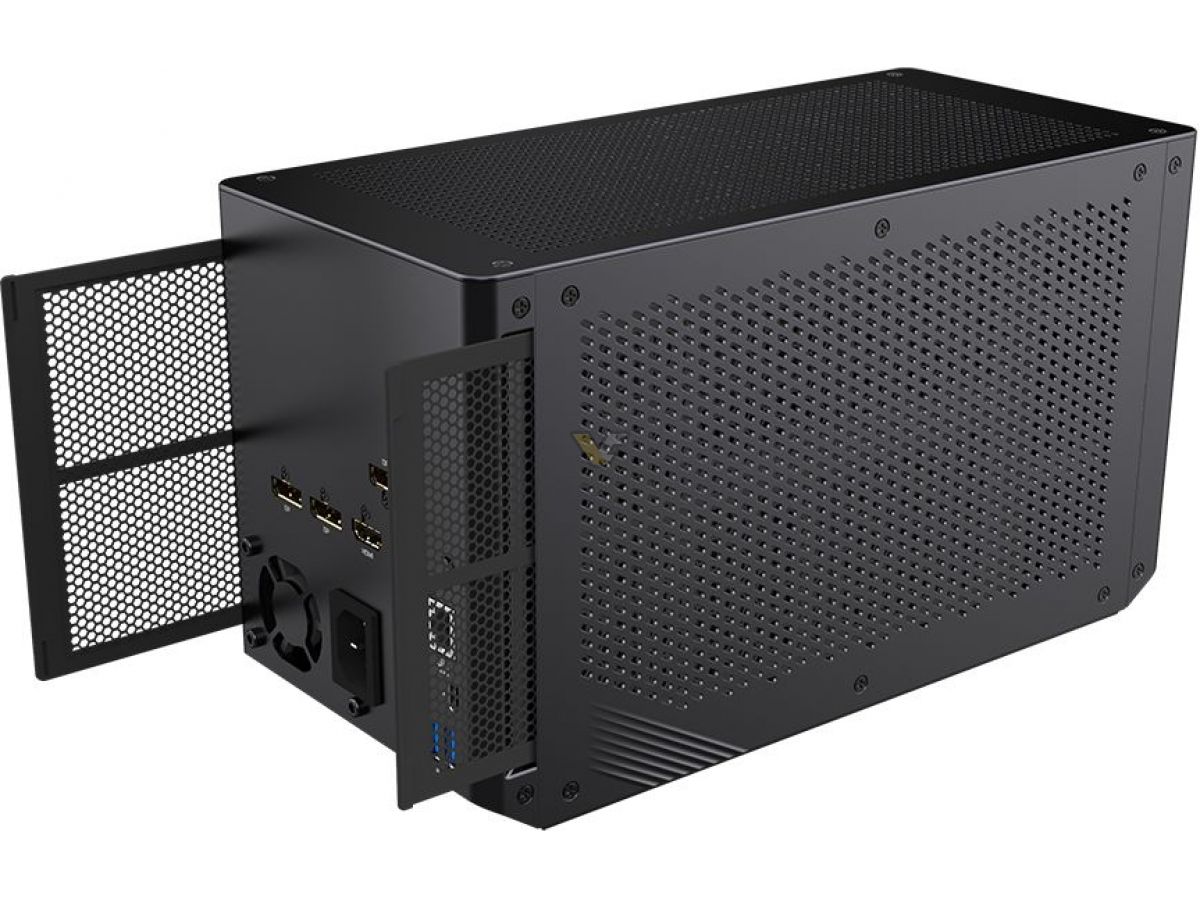 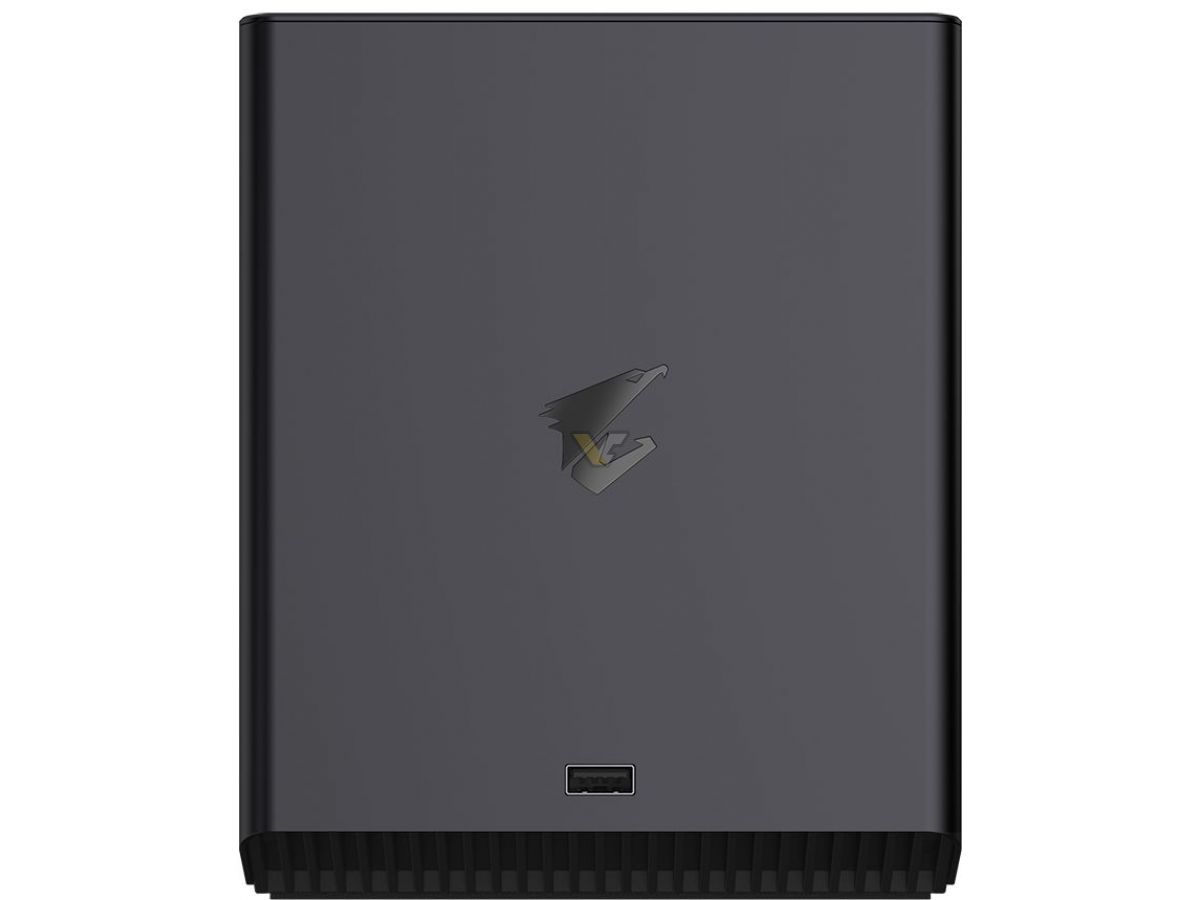 AORUS RTX 3090/3080 GAMING BOX is powerful enough to replace the GPU in any laptop PC on the market. Laptop PC users can enjoy the 3D computing power as a desktop PC rather than alow-performance laptop PC GPU. 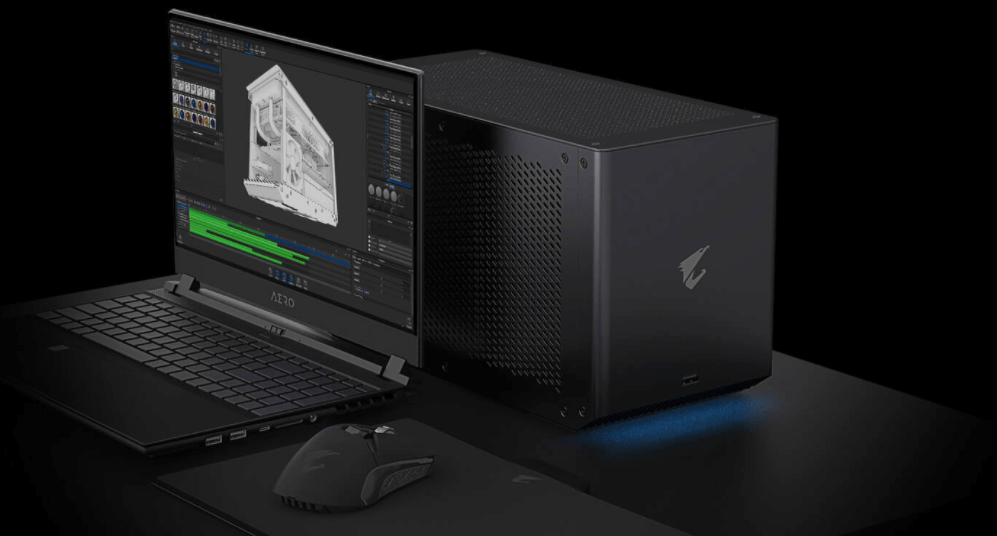