Powered by the new ultra-efficient NVIDIA Ada Lovelace architecture, the 3rd generation of RTX, GeForce RTX® 40 Series graphics cards are beyond fast, giving gamers and creators a quantum leap in performance, neural rendering, and many more leading platform capabilities. This massive advancement in GPU technology is the gateway to the most immersive gaming experiences, incredible AI features and the fastest content creation workflows. These GPUs push state-of-the-art graphics into the future.

Emerged from the shadow. Born to challenge. 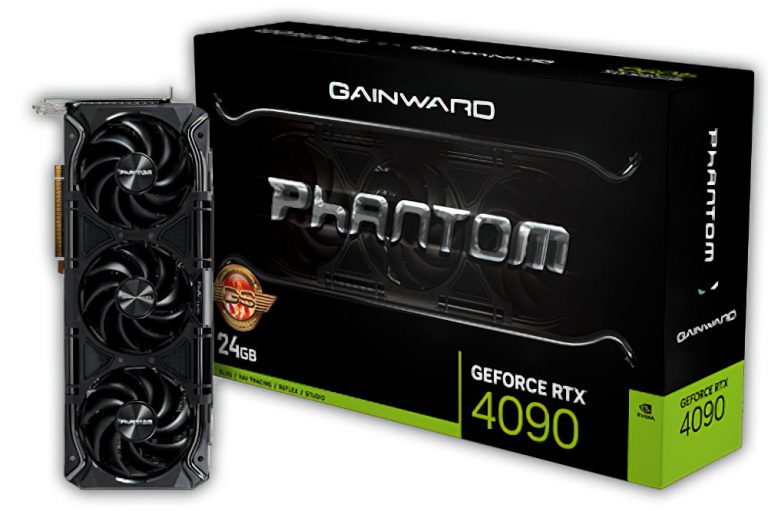 The GeForce RTX® 40 Phantom dwells in absolute darkness, cultivating relentless forces and boldness within. Upon its shadow black portrait, the two lightning strips decorated on the cooler electrify the gamers with hardcore power to fight without fear. Upon its murk silhouette, a tint of ARGB on the side logo is the only symbol allowing you to notice The Night Baron’s secret existence.

The model comes with renovated thermal structure, leveraging the all-new Cyclone Fan for extreme cooling performance. The Wing Tip on fantail converges the air current, collecting maximized airflow into the cooler. The sharp claw marks engraved on the fan blades further smooth the airflow and lead the air to the heat sink steadily.

The GeForce RTX® 40 Phoenix Series is an excellent alternative to the stealthy black Phantom lineup. The large ARGB lighting capacity on the Phoenix Series suits the users who prefer a livelier gaming style over pure, black-themed PC setups.

Thanks to the new Auto Sync technology, the Phoenix cards can shine in unity with other ARGB-supported PC parts in great compatibility. Best of all, just plug in a single cable, the ARGB lighting can be synchronized at once without any software control.