Virtual racing has never been more popular, or as close to the real thing as it is now. Today, Codemasters’ F1® 2020 gets an AI performance boost with NVIDIA DLSS, which enables gamers to maximize their graphics settings as well as play at even higher resolutions using NVIDIA GeForce RTX GPUs. 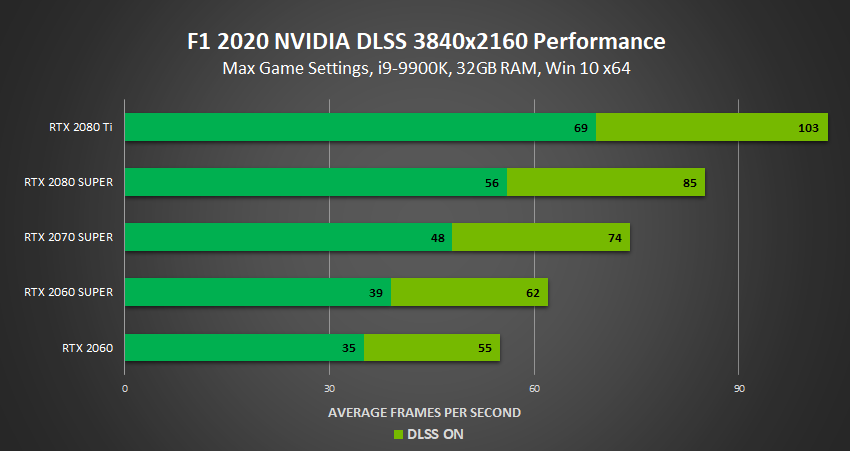 “We wanted F1® 2020 to be the most authentic and immersive F1® game to date,” said Lee Mather, F1 Franchise Game Director at Codemasters. “This required a laser focus on all aspects, from the My Team feature through to every pixel on the screen. NVIDIA DLSS gives users the performance headroom to maximize visual settings, resulting in realistic, immersive graphics.”

And as proven by the data below, DLSS delivers significant performance boosts to all GeForce RTX GPUs, unlocking 4K 60 FPS for GeForce RTX 2060 SUPER and higher GPUs.

F1® 2020 is a very popular racing franchise with a longstanding history and dedicated fan base. DLSS in F1® 2020 boosts performance up to 1.5X and delivers 4K 60FPS on a RTX 2060 SUPER and above. Having yet another flagship franchise on the DLSS roster demonstrates the confidence game developers have in the technology. 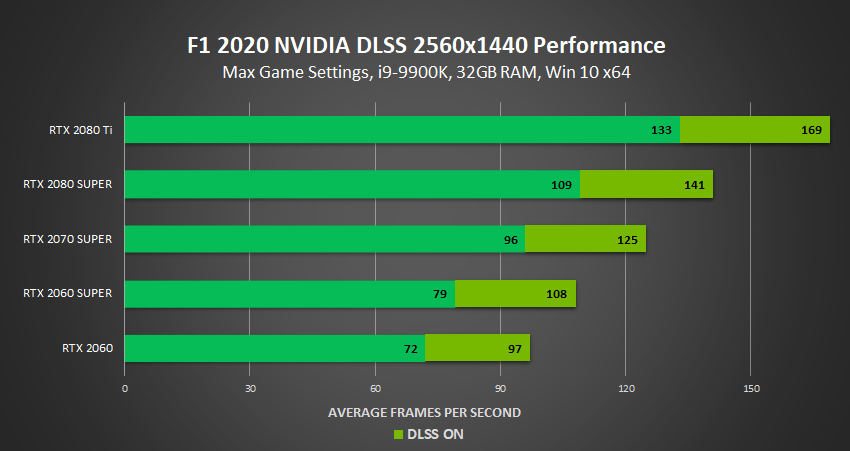 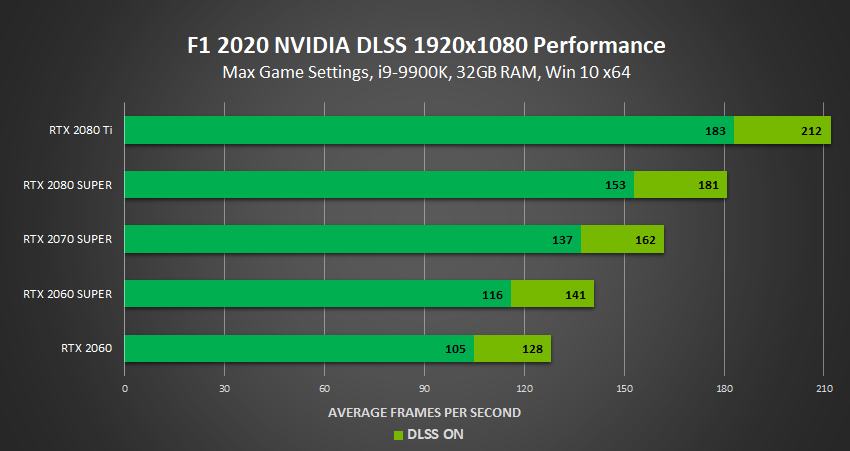