EK®, the premium liquid cooling gear manufacturer, is now introducing the ultimate water cooling solution for ROG Strix and ASUS TUF GeForce® RTX™ 4080 graphics cards. The EK-Quantum Vector² Strix/TUF RTX 4080 D-RGB comes in the form of a water block with a passive backplate or a cooling solution with an active backplate that’s sandwiching the card between two water blocks for the best possible cooling results. The ABP set comes only in the Nickel + Plexi top variant, while the water block comes in either the Plexi or Acetal top. 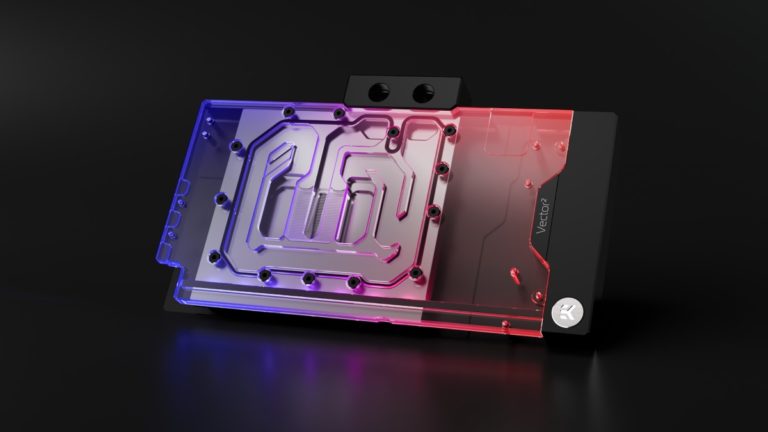 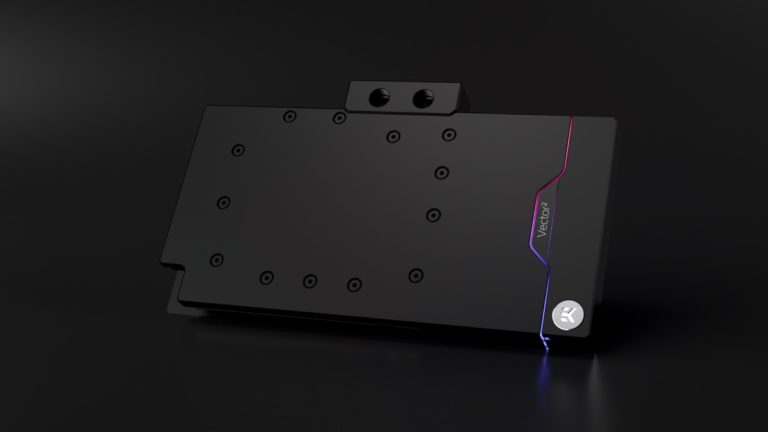 EK-Quantum Vector² Strix/TUF RTX 4080 D-RGB GPU Water Block
The EK-Quantum Vector² Strix/TUF RTX 4080 is a single-package liquid cooling solution consisting of a Vector² series water block, a black-anodized aluminum backplate, and a custom-made dual-slot PCIe bracket. As with the previous 30-series Vector² water blocks, its aesthetics are dominated by minimalistic straight lines and the backplate coming around the side of the GPU to cover the PCB completely.

All Vector² GPU water blocks use a thick 11mm copper coldplate with a directly attached acetal terminal and a robust single O-ring top design. This simple construction provides confidence during customization and maintenance. Two distinctive and unique D-RGB lighting options are now available to complement the material choice of the product: Nickel + Plexi and Nickel + Acetal. Both versions include a black-anodized aluminum backplate and a base that is CNC-machined out of nickel-plated electrolytic copper. 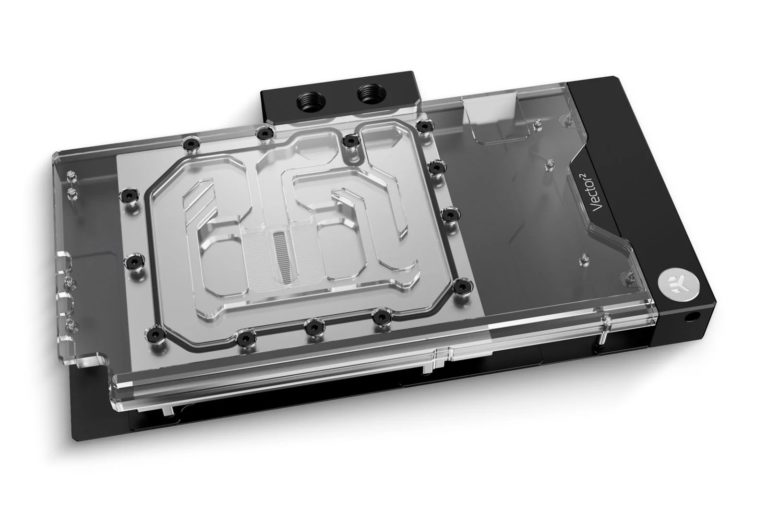 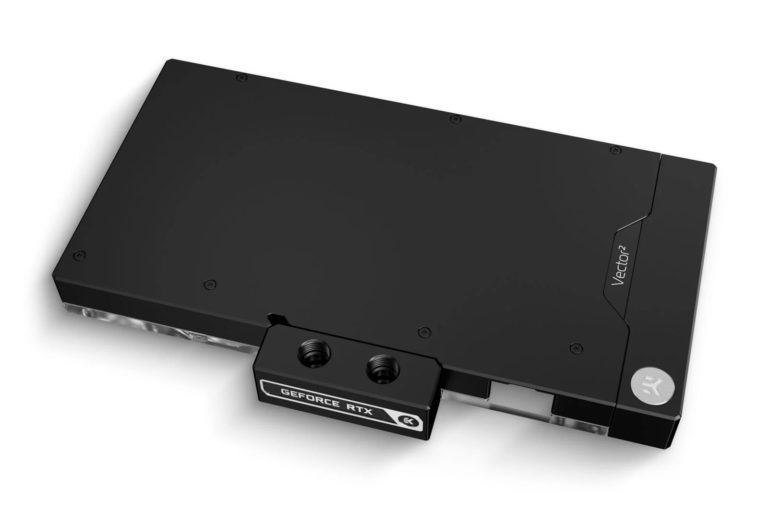 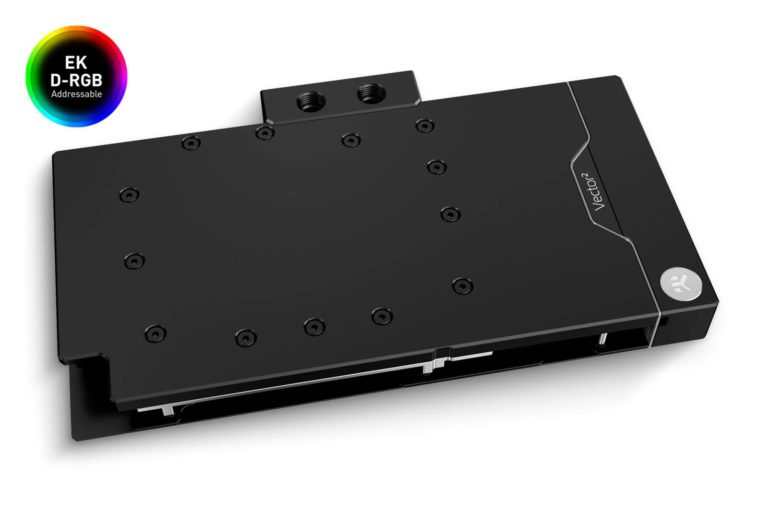 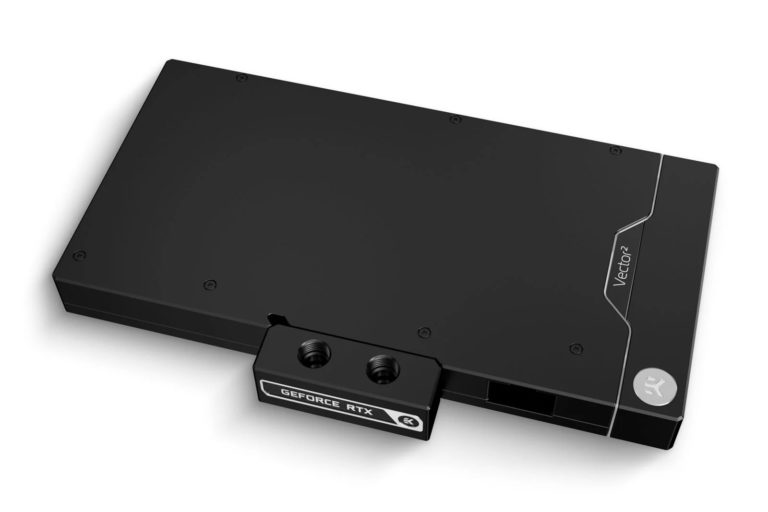 Tactile magnetic covers are used to conceal the terminal screws, which allows the rotation of the badge when the GPU is inverted inside the case.

These GPU water blocks have a specific cutout that enables the use of the included multi-use tool for decoupling the PCIe safety on the motherboard and easy unplugging of the GPU. The same tool also detaches the power cable more easily and tightens the standoffs.

EK-Quantum Vector² Backplate
Each Vector² water block comes with a CNC-machined black-anodized backplate. Captive nickel-plated mounting screws are included with these backplates to replace the original black screws. The backplate has a new L-shaped profile that touches the base of the water block and encloses the entire GPU while increasing the cooling surface. Connecting the backplate to the water block makes it more efficient at heat transfer, which leads to even better performance. 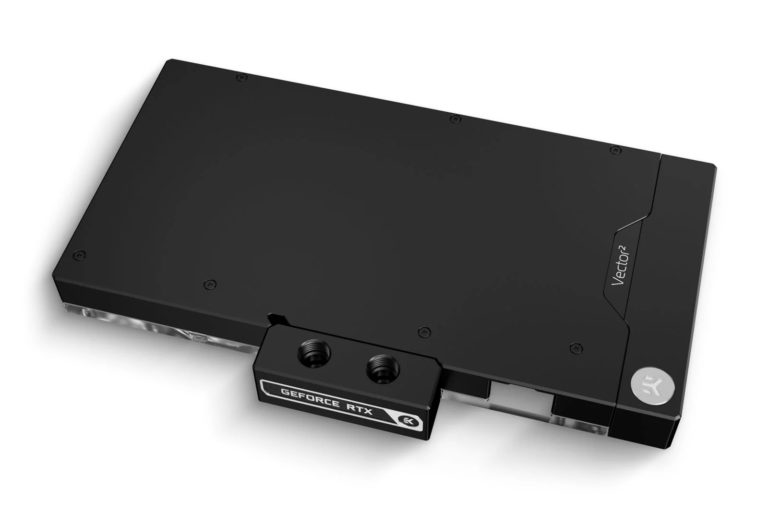 EK-Quantum Vector² Strix/TUF RTX 4080 D-RGB ABP Set – Nickel + Plexi
This ultimate cooling set consists of a high-performance GPU water block and the latest generation Active Backplate cooling solutions in a single enclosure. Although ROG Strix and ASUS TUF RTX 4080 GPUs don’t have VRAM on the backside, the active backplate still helps lower temperatures by cooling the PCB behind the core, VRM, and VRAM. Since the PCB has a lot of copper, it soaks a lot of heat, transferring it across its surface and warming other components. By effectively cooling the PCB, the entirety of the GPU becomes cooler. 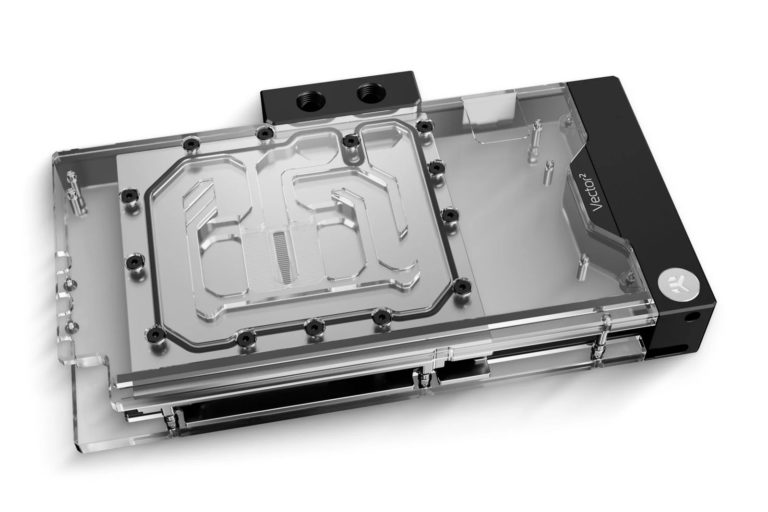 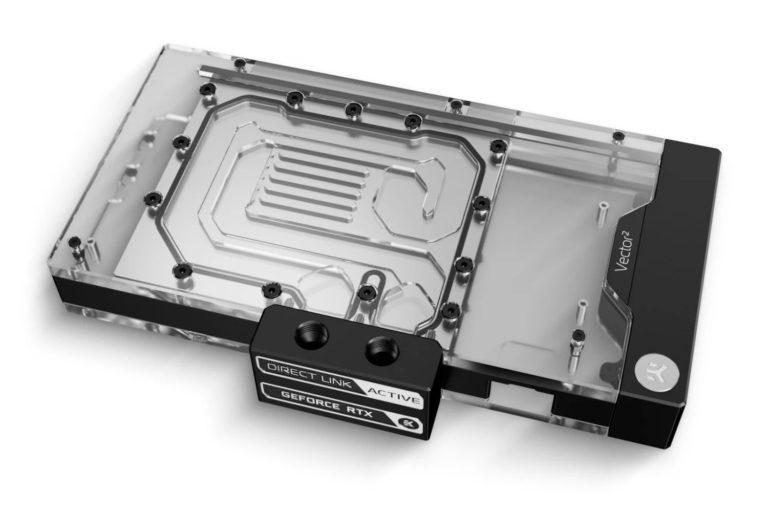 The active backplate is a full-blown water block with its own copper coldplate and a full-length acrylic top. The connectivity is also taken to another level with “Direct Link” terminals that implement a conventional 4-port layout, allowing serial and parallel connections from adjacent or opposing sides of the block.

This is the ultimate combination of a Vector² water block, an Active Backplate, and a mounting mechanism, available in Nickel + Plexi. It comes with an included EK-Quantum Vector² Strix/TUF RTX 4080 D-RGB ABP Side Cover in the anodized black finish. The side cover is placed between the GPU water block and the active backplate to conceal the GPU PCB. This allows users to buy the ultimate all-around cooling set for their GPU, ensuring the best possible cooling and performance uplift.

The EK-Quantum Vector² Strix/TUF RTX 4080 water blocks and ABP Sets are available for pre-order through the EK Webshop and Partner resellers. These products are expected to ship out in late December 2022. The table below shows the manufacturer-suggested retail price (MSRP), VAT included.