Kitguru teamed up with EK to investigate the potential benefits of direct die cooling for Intel’s Alder Lake CPUs to achieve the best possible thermal performance on a daily basis. After publishing the first video announcing this collaboration, EK was overwhelmed by the response from Kitguru’s audience. In order to bring these products to market, EK reached out to Der8auer, a renowned expert in delidding and direct die applications.

EK has prepared a total of four products to start this Direct Die series: two CPU water blocks (one Limited Edition), a delidding tool, and an upgrade kit for existing EK-Quantum Vector² LGA1700 water blocks. So far, these products are aimed at Intel’s LGA 1700 socket and 12th and 13th-generation Intel Core™ CPUs.

Delidding is the process of removing the integrated heat spreader (IHS) to reduce the distance between the CPU core die and the coldplate of the CPU cooler. Another benefit involves the removal of an entire layer of thermal transfer from the CPU die to the IHS. The delidding process enables a direct heat transfer from the CPU core to the water block. All this results in a significant reduction in overall thermals and less thermal difference between CPU cores. The procedure is typically performed by experienced enthusiasts because it involves a physical modification of the product that voids the CPU warranty. 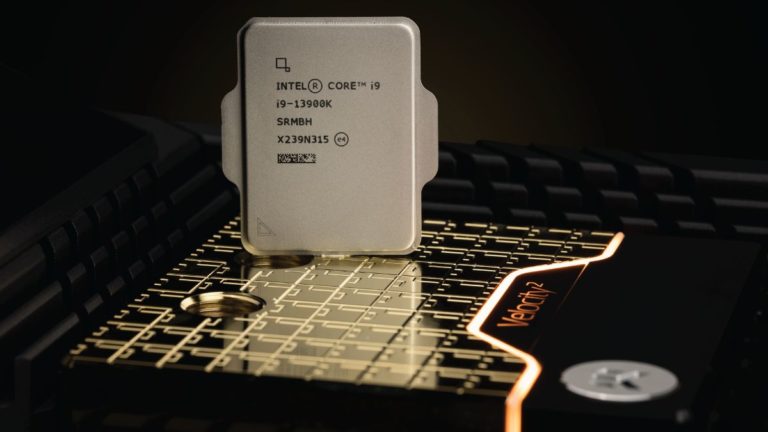 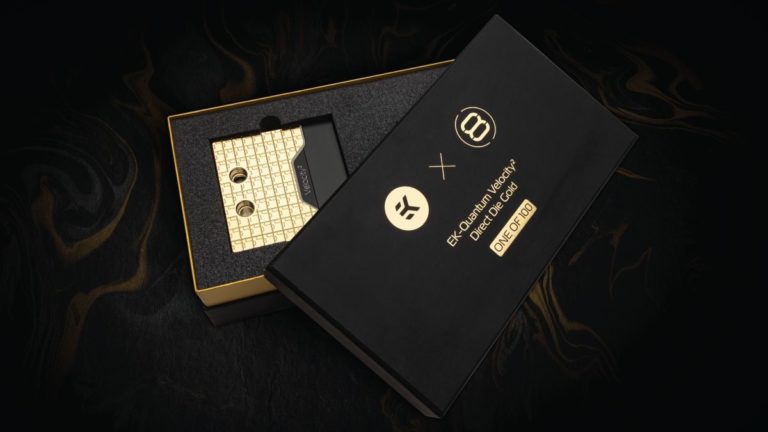 This limited edition of the Direct Die Velocity² CPU water block has a unique brass top that gets nickel- and subsequently gold-plated. The top of each water block features a specific pattern to distinguish it as a genuine limited-edition product. Only a hundred pieces are being made, each featuring a unique ordinal number from 1 to 100.

The microfin stack surface is reduced and focused toward the center where the CPU die is located. There is no Integrated Heat Spreader, so heat density will be significantly higher in this location. The base is thicker to further improve cooling and the ability to absorb heat and transfer it to the coolant.

The microfins also go deeper into the coldplate, reaching even closer to the core. The jetplate has a geometry designed to focus on the center of the fin stack with a very high flow rate and even lower restriction than a regular jetplate. A highly compressible foam frame is also added to ensure your liquid metal application doesn’t spread over to surface-mounted components on the CPU and cause a short. A secondary purpose is that it also protects the ILM replacement frame made of anodized aluminum. The ILM frame is insulated toward the motherboard to prevent any shorts. The Thermal Grizzly Conductonaut is included in the package. 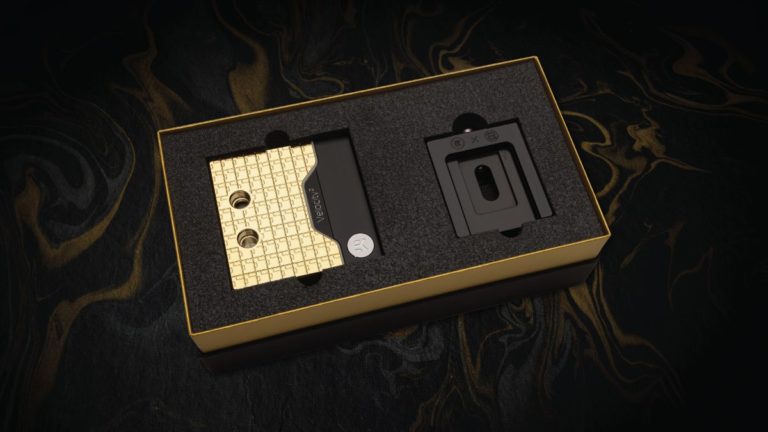 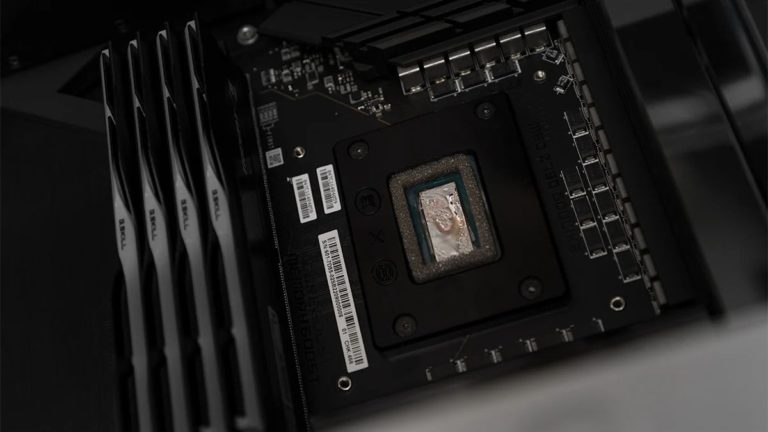 The block uses a modified EK-Exact Mount to account for the ILM replacement frame that also acts as a die-guard. The backplate is insulated via both anodization and a polycarbonate sheet from the motherboard components.

The coldplate is manufactured out of the highest-grade 99.99%–pure electrolytic copper, machined with precision for the best possible contact and heat transfer. The coldplate is further nickel-plated, while the top of the water block is made of CNC-machined cast acrylic.

EK-Quantum Velocity² Direct Die D-RGB – 1700 Nickel + Plexi
From the front, the water block looks like a regular Velocity² CPU LGA 1700, but it shares some of its parts with the Limited Edition Direct Die gold water block.

The block uses a modified EK-Exact Mount to account for the ILM replacement frame that also acts as a die-guard. The backplate is insulated via both anodization and a polycarbonate sheet from the motherboard components.

The coldplate is manufactured out of the highest-grade 99.99%–pure electrolytic copper, machined with precision for the best possible contact and heat transfer. The coldplate is then further nickel-plated, while the top of the water block is made of CNC-machined cast acrylic.

This is a delidding or IHS removal tool. It allows users to remove the Integrated Heat Spreader (IHS) from their CPUs and directly cool the CPU die. It is a safe, easy, quick, and ultimately practical way of removing the IHS. While the IHS and CPU Die look flat to the human eye, the surface is actually very uneven. 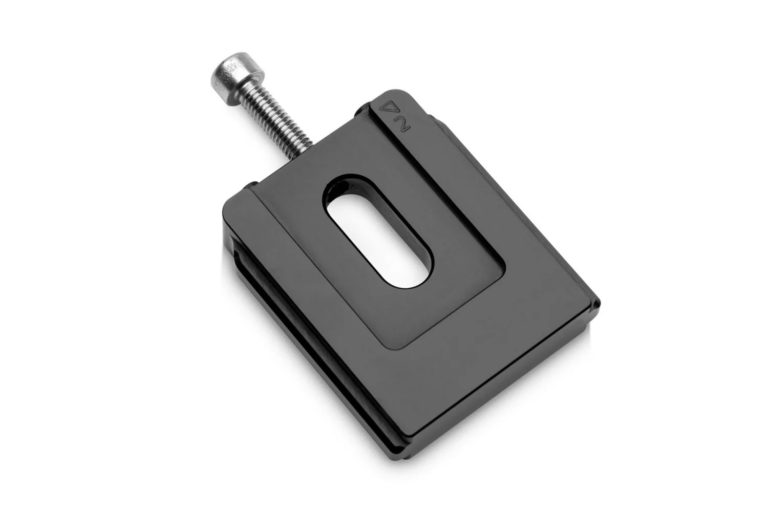 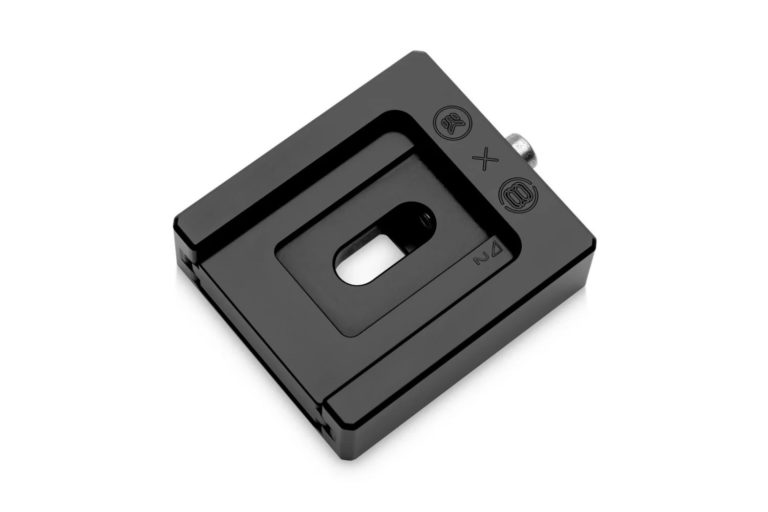 Thermal compounds are used to fill the gaps between the CPU and IHS surfaces. But even with high-quality thermal compounds and even solder, it still accounts for an additional layer before reaching the cooler, resulting in reduced cooling efficiency. Additionally, the silicone adhesive that “glues” the IHS to the CPU can make a larger gap between them and further decrease the thermal transfer efficiency.

EK focused on the tool’s safety to prevent users from damaging their valuable 12th and 13th-gen Intel CPUs. Using the tool is basically slotting the CPU into the device, making sure to align the triangle on the CPU with the triangle marker of the tool, and turning the attached screw.

The delidding tool is made of black-anodized aluminum and produced under license from Der8auer.

This upgrade or conversion kit converts your existing EK–Quantum Velocity² 1700 CPU water block into an LGA 1700 direct die cooling product. It consists of a replacement coldplate, jetplate, a new set of screws, and a black-anodized backplate with an attached ILM Direct Die replacement frame. 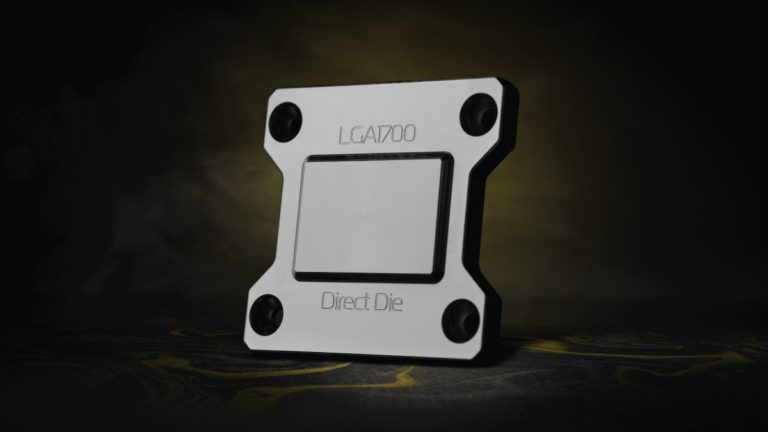 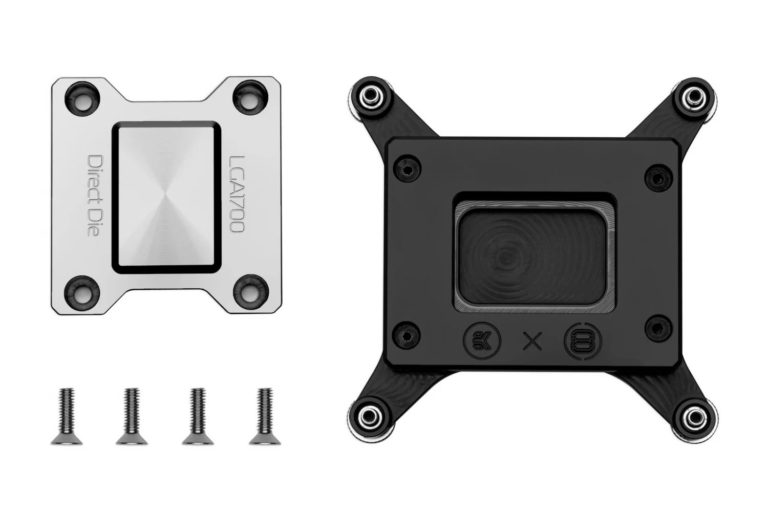 EK also has a special product that is not meant for direct die cooling but for regular water blocks. It is a contact frame, or more precisely, the EK-Quantum Velocity² ILM Replacement – 1700. This product bolsters the structural rigidity of the socket, motherboard, and even the CPU. Its primary use is to improve cooling efficiency as the contact area is more suitable and even more pressure is applied to the center where the heat source from the CPU die comes from.

This product has been developed with the famous German overclocker, Der8auer.

The products from the Direct Die series are made in Slovenia, Europe and are available for pre-order through the EK Webshop and Partner Reseller Network. These products are expected to start shipping in mid-February 2023. The table below shows the manufacturer’s suggested retail price (MSRP) with VAT included.