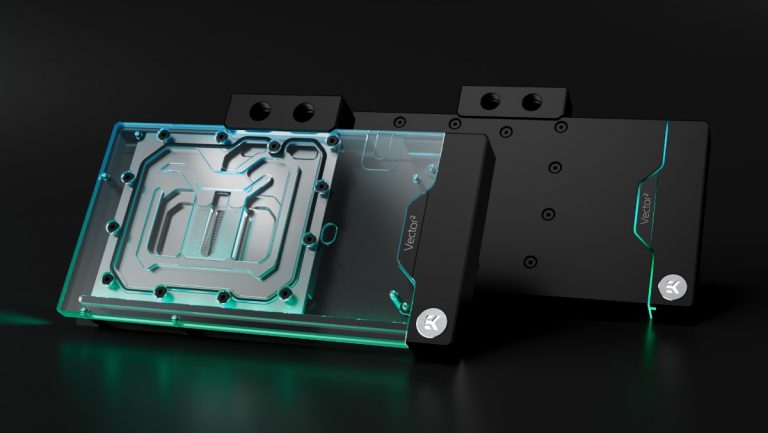 The launch of NVIDIA® GeForce® RTX™ graphics cards’ latest edition for gamers and content creators is finally announced. The GeForce RTX 40 Series will be the 3rd generation of RTX graphics cards. Expected availability is to be disclosed at a later date. Many enthusiasts are eager to get their hands on the brand new RTX 40-series cards, which are said to be 2-4X as powerful as the current generation.

However, with great power comes great heat. EK® – the leading premium liquid cooling gear manufacturer – is ready to combat this side effect for more FPS and offer EK-Quantum Vector² water blocks from the get-go to ensure enthusiasts can squeeze every ounce of power from the Ada Lovelace architecture. The Founders Edition from NVIDIA is the first PCB to be fully covered by Vector². Active Backplate solutions will also be offered for those who want the best cooling possible, effectively sandwiching their 40-series GPU between two water blocks linked with a single terminal.

EK-Quantum Vector² FE RTX 4090 D-RGB GPU Water Block
The EK-Quantum Vector² FE RTX 4090 is a liquid cooling solution that is actually a set of a Vector² series water block, black-anodized aluminum backplate, and a custom made single slot PCIe bracket in a single package. As with the previous 30-series Vector² water blocks, the look is dominated by minimalistic straight lines and the backplate coming around the side of the GPU to cover the PCB fully. 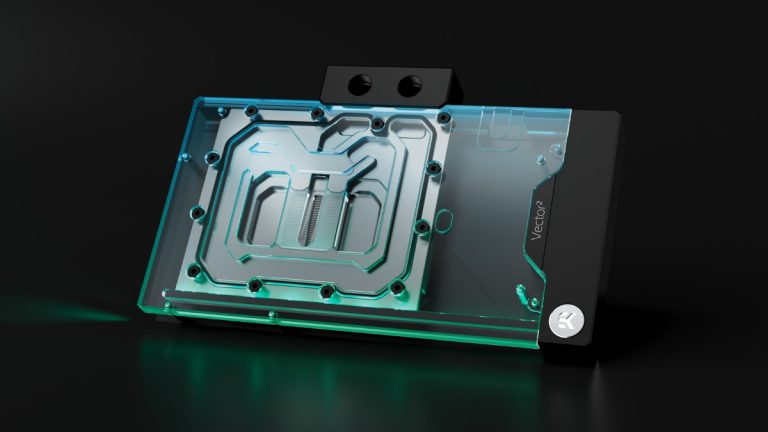 All Vector² GPU water blocks use a thick 11mm copper coldplate with a directly attached acetal terminal and a robust single O-ring top design. This simple construction provides confidence during customization and maintenance. Two distinctive and unique D-RGB lighting options are now available to complement the material choice of the product: Nickel + Plexi and Nickel + Acetal. Both versions include a black-anodized aluminum backplate and a base that is CNC-machined out of nickel-plated electrolytic copper. 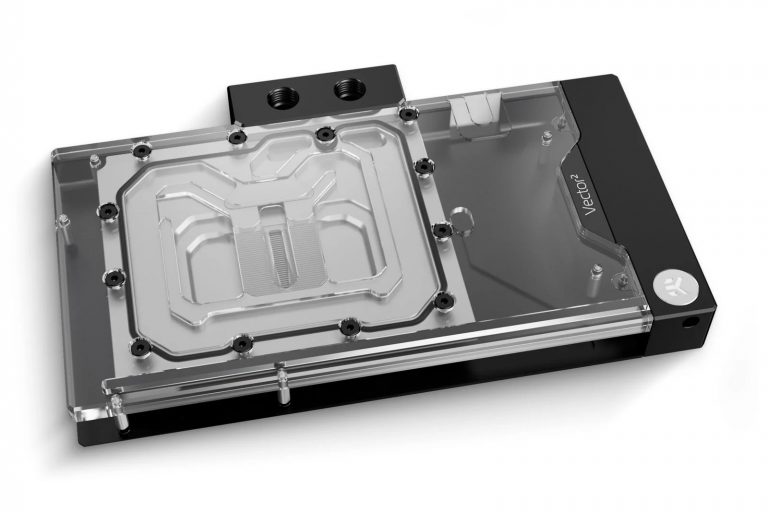 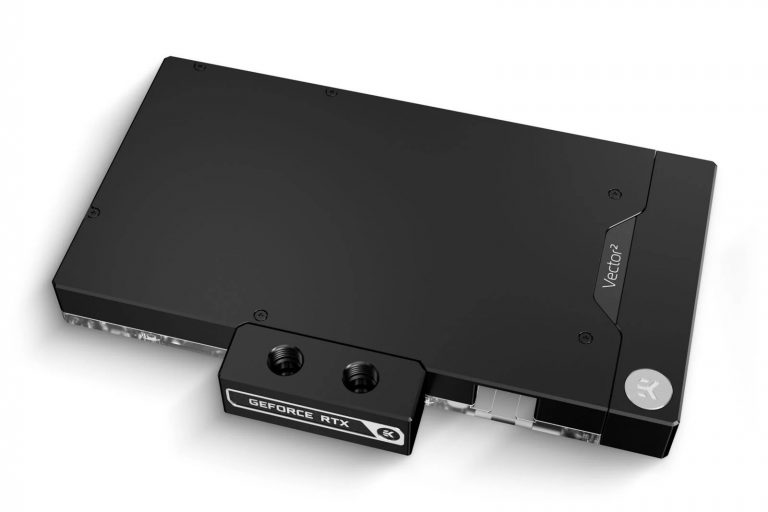 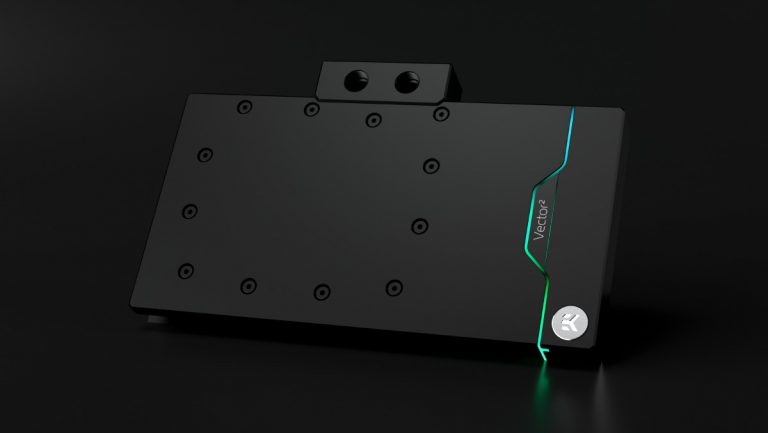 Tactile magnetic covers are used to conceal the terminal screws, which allows rotating the branding when the GPU is inverted inside the case.

The GPU water blocks have a specific cutout that enables users to use the included multi-use tool to decouple the PCIe safety on the motherboard and easily unplug their GPU. The same tool also detaches the power cable more easily and tightens the standoffs.

EK-Quantum Vector² Backplate
Each Vector² water block comes with a CNC-machined black-anodized backplate. Captive nickel-plated mounting screws are included with these backplates to replace the original black screws. The backplate has a new L-shaped profile that touches the base of the water block and encloses the entire GPU while increasing the cooling surface, leading to even better performance. By connecting to the water block, which is far more efficient at heat transfer, performance is further increased. 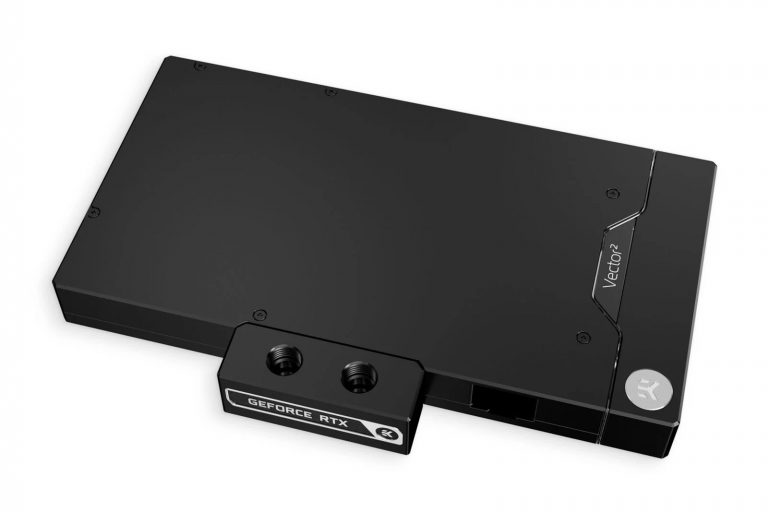 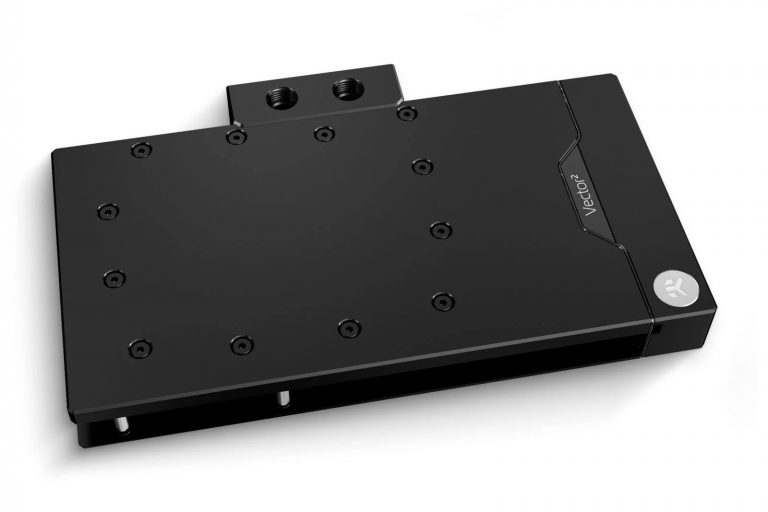 Captive backplate screws simplify installation, ensuring the correct length is always used where it is needed to avoid any user error or second-guessing. 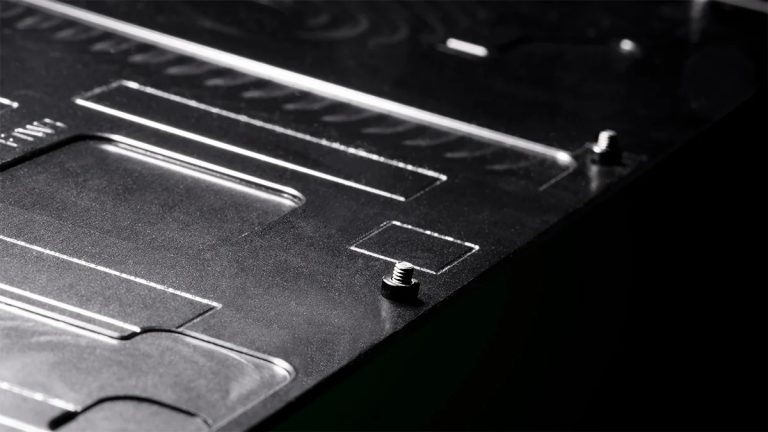 EK-Quantum Vector² FE RTX 4090 water blocks, backplates, and active backplates are compatible with NVIDIA GeForce RTX 4090 Founders Edition GPU. The EK Cooling Configurator will be updated regularly with AIB partner PCBs and models as new info comes in. EK plans to provide all popular AIB models with their own water blocks to ensure customers have a wide range of choices depending on their preferred brand or requirements in the graphics card size.

The GeForce RTX 4090 from NVIDIA is just as massive as its predecessor, the RTX 3090 Founders Edition. Power is delivered through a PCIe Gen 5.0 12VHPWR connector that comes with the new ATX 3.0 power supplies. It is built on TSMC’s 4N manufacturing process, which significantly lowers the die size, enables 3GHz+ clocks, and increases thermal density.

This monster GPU has a total of 96 MB of L2 cache will ensure ample memory to avoid going to GDDR6X every time, thus saving precious time and bandwidth.

Availability and Pricing
The EK-Quantum Vector² FE RTX 4090 water blocks with included backplates and single slot PCIe brackets are available for pre-order through EK Webshop and Partner resellers. EK will update you with the exact dates of availability as soon as possible. The table below shows the manufacturer suggested retail price (MSRP), VAT included.