Both water blocks come with two types of connection terminals, offering the versatility that the EK Special Edition water blocks are famous for. The performance is one of the key elements of the design, which is why this block features a larger fin area compared to other water blocks from the Vector family, and the 3090 Ti deserves nothing less as a flagship GPU.

Special Edition EK Water Block for NVIDIA GeForce RTX 3090 Ti FE
The water block is purpose-designed with an extremely thick copper base for high performance, allowing it to clear all densely-packed PCB components and add more heat removal capacity in the process. The cooling engine used in this water block is the largest EK has built to date, having roughly 30% more surface area than 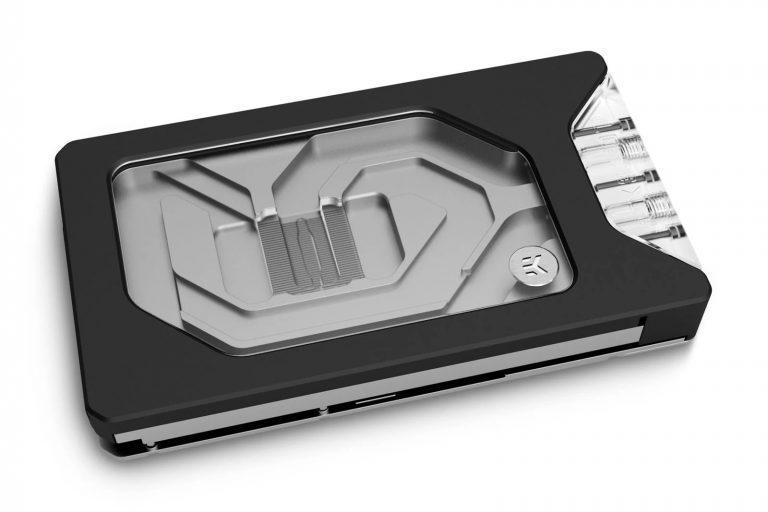 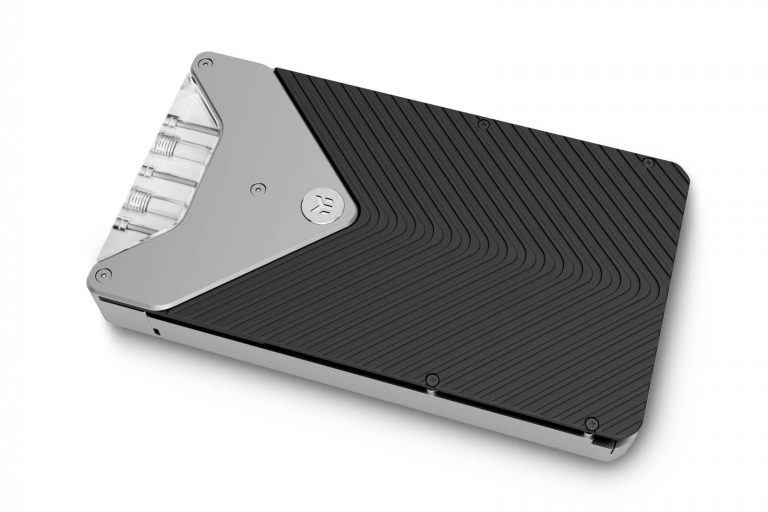 A Testament To the Build Quality
Like the Magnitude CPU water block, the entirety of this water block is CNC-machined without mass-production techniques. The block’s base is milled out of a 12mm thick piece of pure electrolytic copper sourced from Europe, which is then nickel-plated, while its top is CNC-machined out of a glass-like cast acrylic material.

The external enclosure, which is not in contact with the coolant, is machined out of a 20mm thick solid piece of aluminum. Depending on the model, it is then anodized into black or gray color. The included single-slot I/O shield is supplied with special screws for attaching it to the aluminum enclosure to even out the entire water block’s weight distribution. The watertight sealing is ensured by high-quality EPDM O-rings, while brass standoffs are already pre-installed and allow for a safe and easy installation procedure. 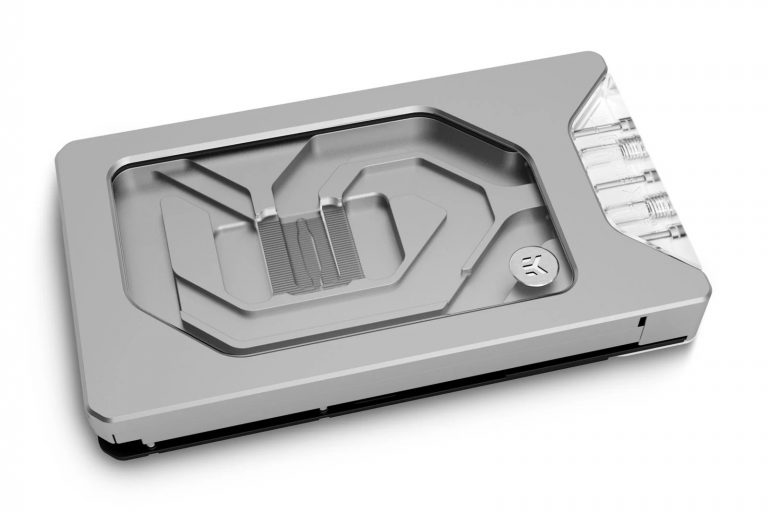 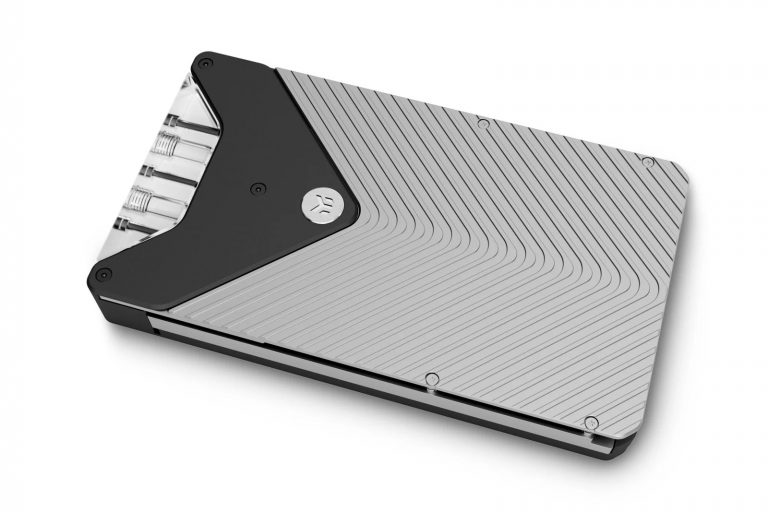 Special Terminal Design
The water block is delivered with a set of connection terminals, allowing users to swap them out according to their needs. One terminal has two direct G1/4″ ports on the side, while the other one is more conventional and has four G1/4″ ports going through it.

The new design allows terminals to be directly attached to the GPU water block’s copper cold plate, making it more rigid and reducing the chances of damage.  The terminal is neatly located between two prongs on the PCB, utilizing minimal space. This kind of design allows for incredible versatility, especially for Small Form Factor builds, and of course, more interesting aesthetics.

The jet plate and fin structure geometry are optimized to provide even flow distribution with minimal losses and optimal performance when used in any given coolant flow orientation.

Exclusive Founders Edition Backplates
This water block comes with an included backplate that ensures the entire graphics card is enclosed and not visible. It also provides additional passive cooling for the GPU core and backside of the printed circuit board VRM section. Due to the small size of the card and the block itself, the ribbed backplate boasts an increased surface area for additional passive cooling power. It’s CNC-machined out of aluminum, which is either black-anodized or nickel-plated, depending on the version of the water block. 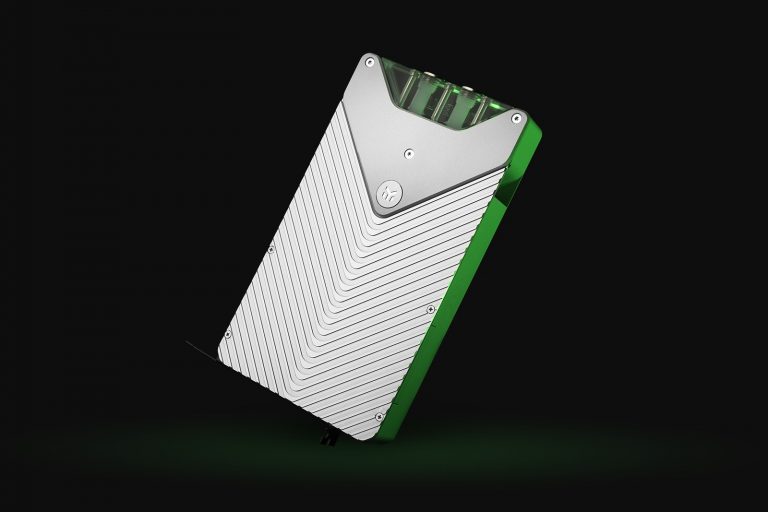 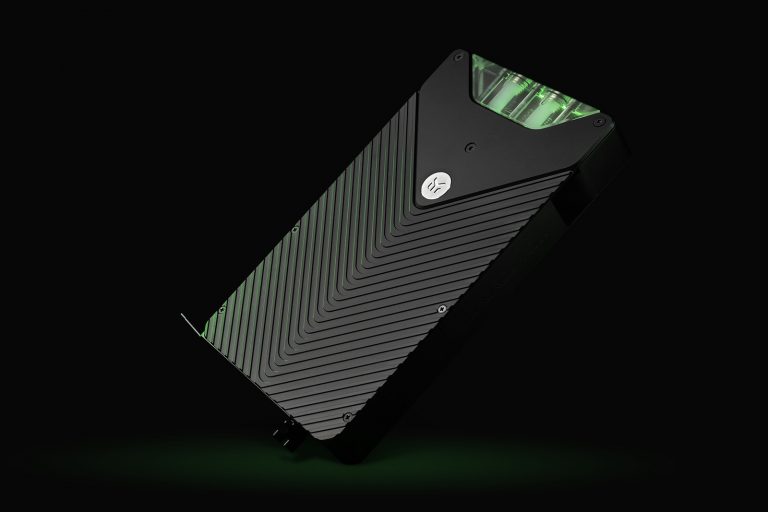 Alternatively, these backplates are available as stand-alone products in case you wish for a single-color enclosure. By replacing the stock backplate with one of a different color, you get a truly monochromatic look.