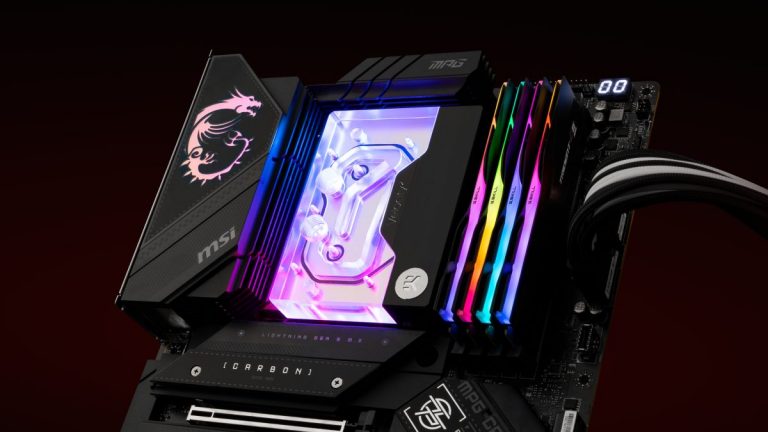 EK®, the leading computer cooling solutions provider, is announcing the latest generation of EK-Quantum Velocity² water blocks. These socket-specific water blocks are engineered specifically for the upcoming AMD® AM5 socket and Ryzen 7000-series CPUs. Like its AM4 predecessor, the AM5 water block features EK-Matrix7 compatibility, which means it’s designed according to the standard where the product’s height and port distance are managed in 7mm increments. The product deploys a modified Velocity² cooling engine optimized for Ryzen 7000-series CPUs to ensure the best cooling performance and optimal coolant flow. While the mounting hole pattern of the new AM5 socket is still 54 x 90mm, the AM5 motherboards now have an integrated CPU socket backplate with #UNC 6-32 threads, therefore requiring a new mounting system.

EK-Quantum Velocity² AM5
This new AM5 water block is built upon an award-winning, market-recognized Velocity² platform that received an iF Design award, a European Hardware Award, and a CES innovation award. Velocity² water blocks are on the route to outshining their predecessor and taking over the market lead. 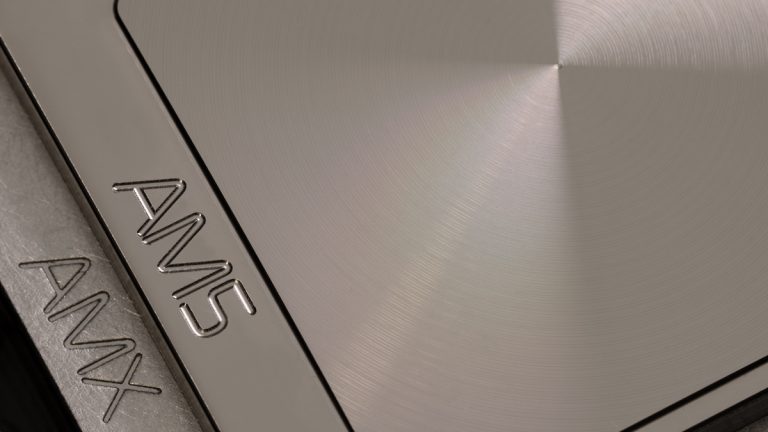 Embedded in the Velocity² is a socket-specific, high-performance cooling engine with low hydraulic flow restriction. This is achieved through a combination of mounting pressure and cold plate geometry tailored specifically for the IHS and the die layout of the AMD AM5 socket. The lathe-turned cold plate is made with precision to cover the IHS effectively and put optimal pressure on the die area. With the help of an asymmetric jet plate cutout, the flow is also directed into areas that need it the most. 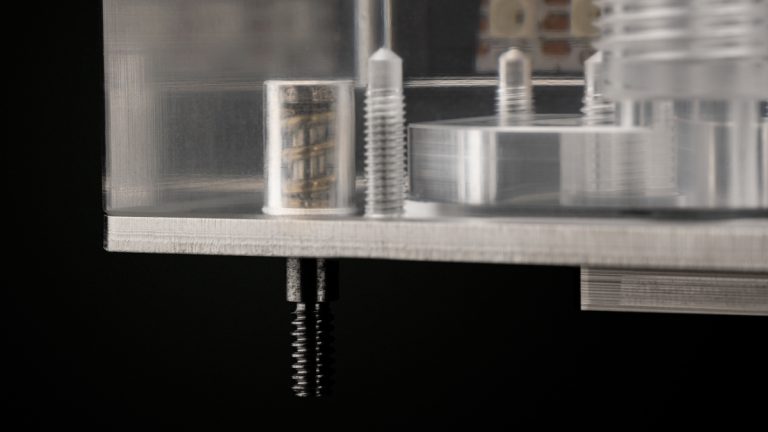 Due to the sturdy, integrated stock backplate that arrives with AM5 motherboards, the patent-pending EK-ExactMount mounting system was re-engineered for an even simpler installation process. The end result is an “invisible” and even–easier-to-use mounting mechanism, which means the entire mounting system is inside the water block, accounting for a true single-piece product. The backplate is factory-mounted on the motherboard, while the spring-loaded Torx screws are integrated into the water block and are screwed in by counter-clockwise rotation into the stock backplate of the motherboard. 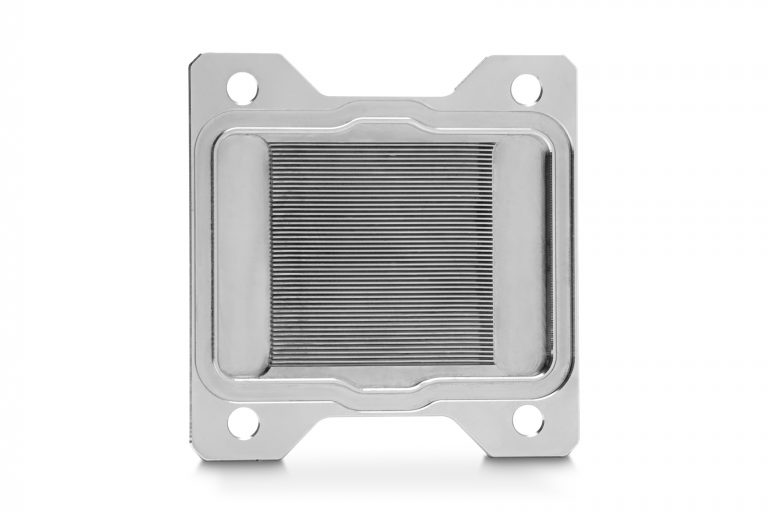 The integrated mounting screws are engineered with a hard-stop design. This means that once the screws reach the end of the thread, the block is perfectly mounted and tensioned. This removes the risks of over-torquing the water block and potentially damaging your motherboard and/or CPU.

The AM5 version made for Ryzen Desktop CPUs comes in 5 variants:

These variations are purely aesthetics-based, meaning the performance does not vary between the product variants. The cold plate is manufactured out of the highest-grade 99.99% pure electrolytic copper. The copper is machined with precision for the best contact and heat transfer possible and is then subsequently nickel-plated.

EK-Matrix7
The EK-Quantum Velocity² is an EK-Matrix7 certified product. The EK-Matrix7 is a convenient product raster that adds a new dimension to PC liquid cooling, wherein the product’s height and port distance are managed in increments of 7mm. This improves product alignment and reduces the time spent planning the loop and bending tubes. Through meticulous planning and careful design of our products, building a liquid-cooled PC becomes easy and fun, just like playing with toy bricks.

The water blocks are compatible with AMD AM4 motherboards as well when using the stock backplate, but due to the variations in backplate types, the hard-stop mechanism might not work properly. Due to the changes in cold plate curvature, it’s recommended to use AM4 Velocity² for AM4 socket and the AM5 version for AM5 socket motherboards.

D-RGB Compatibility
EK-Quantum Velocity² D-RGB – AM5 CPU water blocks are equipped with 17 D-RGB LEDs. Models with a clear Acrylic top are entirely lit, while the solid-top options have sophisticated light beams cutting across them. They are compatible with all popular addressable RGB sync technologies from all major motherboard manufacturers. The arrow marking on the 3-pin D-RGB LED connector is aligned with the +5V marking on the addressable RGB header.

Availability and Pricing
The EK-Quantum Velocity² AM5 series water blocks are made in Slovenia, Europe, and are available for pre-order through the EK Webshop and the Partner Reseller Network. They are expected to start shipping in late mid-October 2022. The table below shows the manufacturer’s suggested retail price (MSRP) with VAT included. 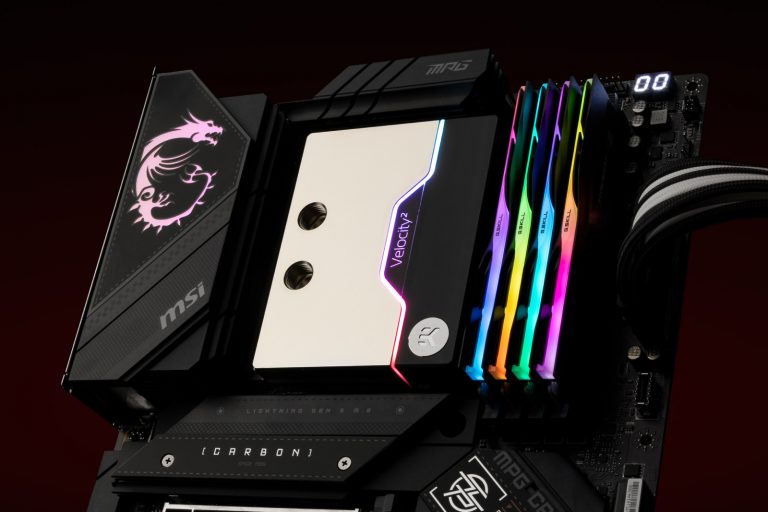 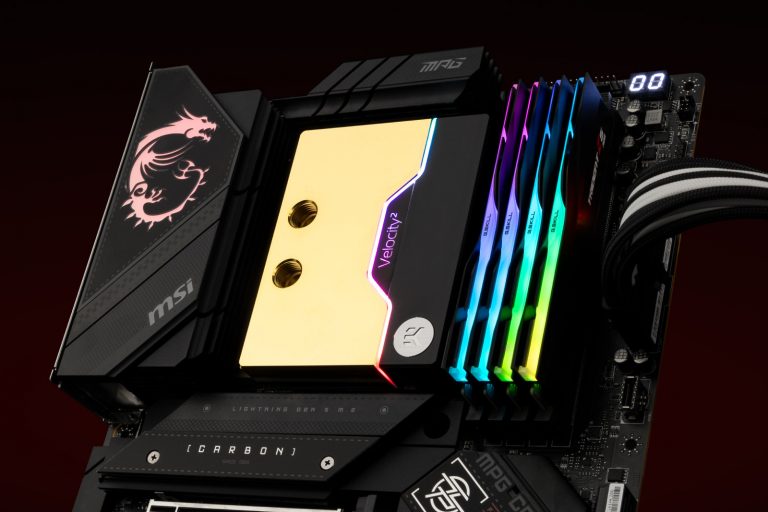 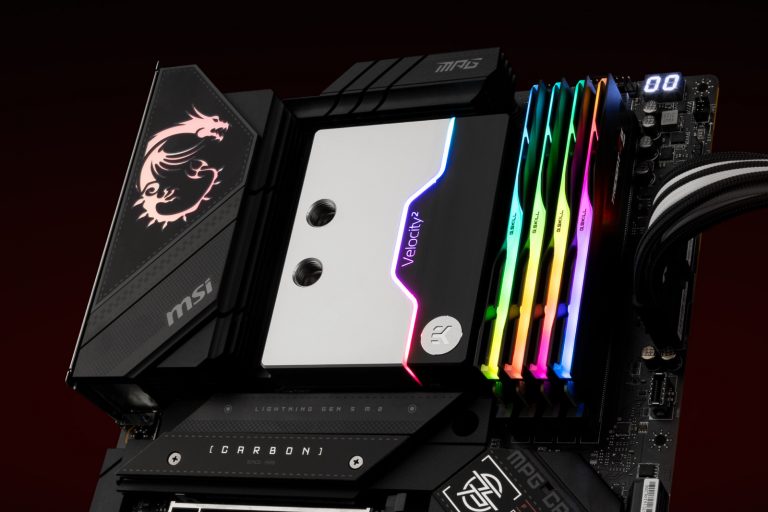 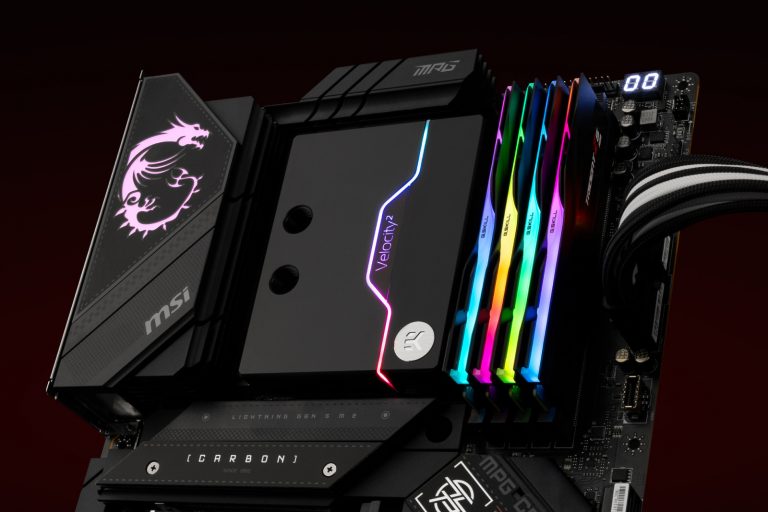