The long-awaited 3rd of November is here with the latest AMD® Radeon RX 7000-series GPUs launch. More good news is that EK®, the premium water-cooling gear manufacturer, is ready with EK-Quantum Vector² water blocks for the reference models of the new AMD Radeon RX 7900 XTX GPUs. The new Radeon graphics cards come with a special memory cache dies (MCD) next to the main chip – Graphics Compute Die (GCD). The cooling engine has been modified to cool the MCDs as well, aside from the usual GPU components that are also being cooled, like the VRM, VRAM, Voltage Controllers, and the chip die.

The new Radeon RX 7900 XTX GPUs have GCD that is manufactured in a cutting edge 5nm process, allowing 54% improvement of performance per watt. While the GPU is efficient, it does still use more power than the previous generation. At 355W total board power that is packed in a smaller package than ever, with 300mm² GCD that contains 165% more transistors per mm² than the previous generation. Overall these GPUs feature 58 billion transistors for 61 TFLOPs of performance. 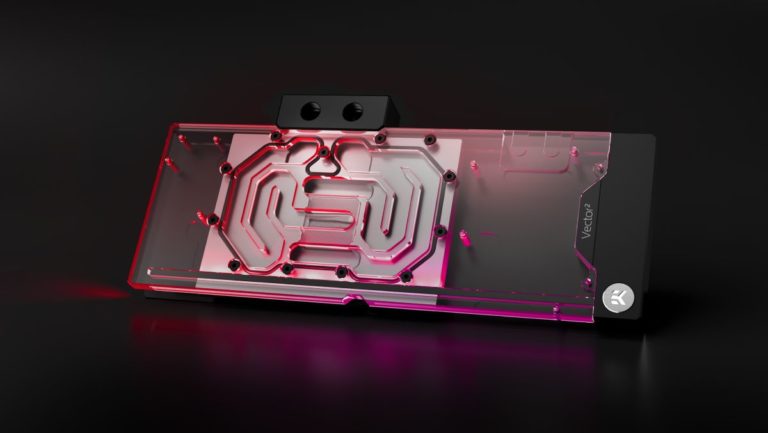 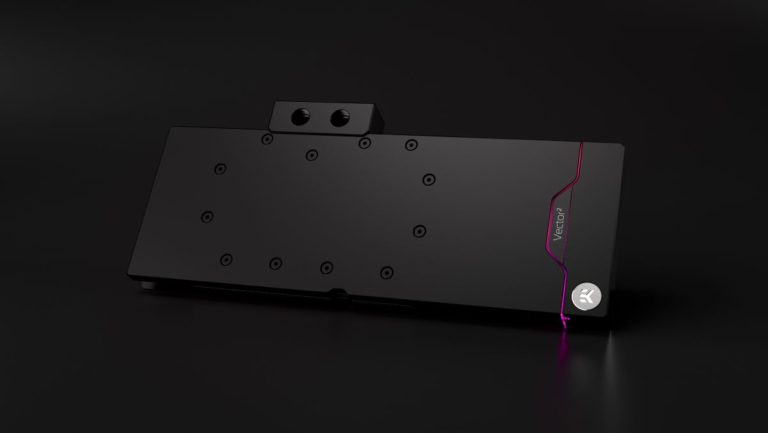 The EK-Quantum Vector² RX 7900 XTX D-RGB is the first Vector² water block for Radeon GPUs, featuring full EK-Matrix7 compatibility. They are engineered exclusively for the AMD Radeon RX 7900 XTX GPUs. This liquid cooling solution encompasses a Vector² series water block and a black-anodized aluminum backplate in the same package. Like the rest of the Vector² series water blocks, the look is dominated by minimalistic straight lines and the backplate coming around the side of the GPU to cover the PCB in its entirety. 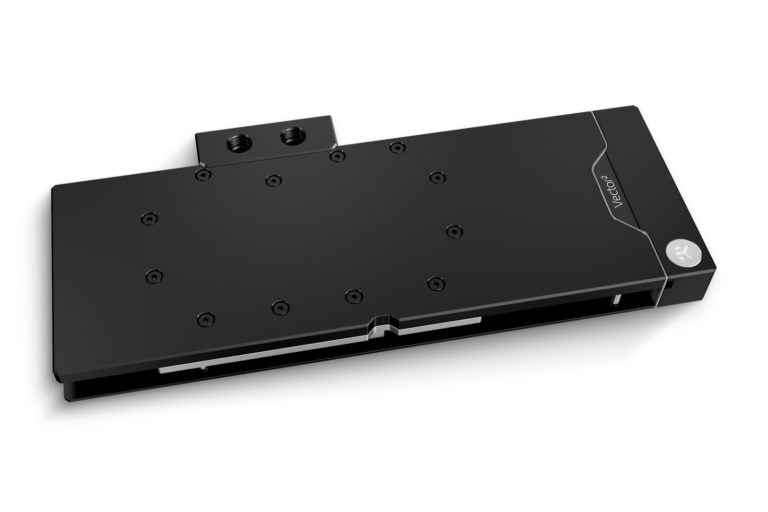 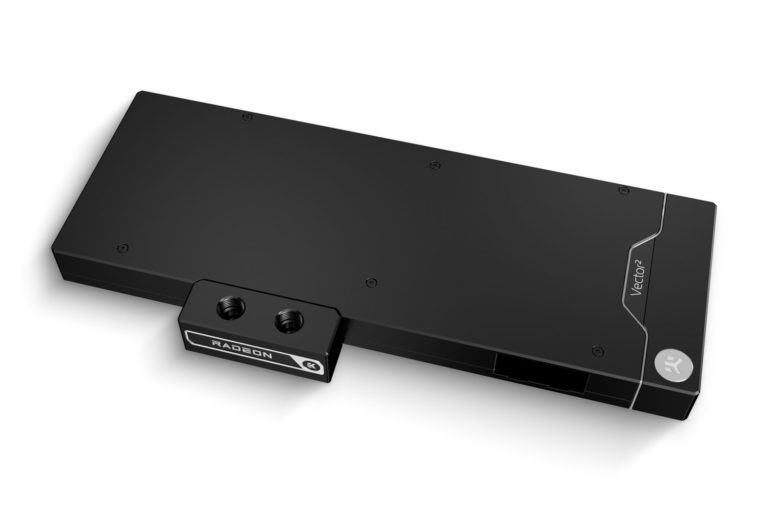 What differs from all other Vector² water blocks is that the cooling engine for this water block has been rotated 90°, so the fins are perpendicular to the die. For optimal delta, the coolant flows over the graphics core die first, and the memory cache die after. Consequently, all MCDs get the same temperature coolant thanks to the high-precision 3D-machined acrylic jet insert. Fin density has been increased from 0,6/0,4 to 0,4/0,26mm to account for the increased power dissipation requirement from the new Graphics Core Die and six MCDs. 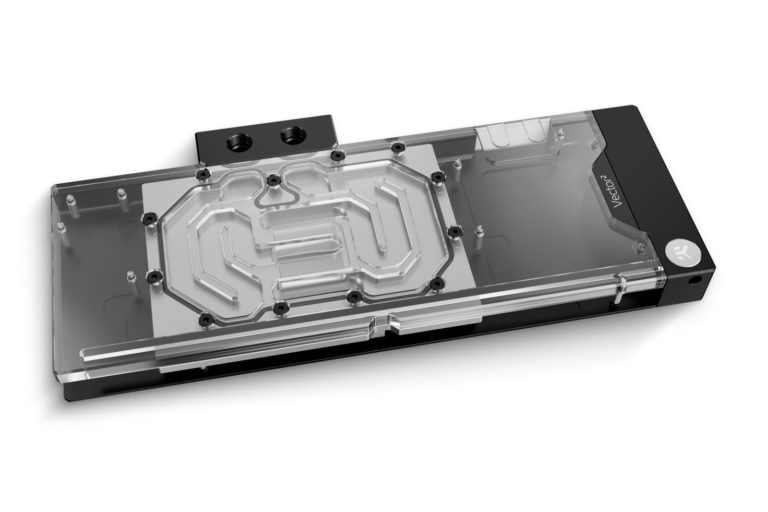 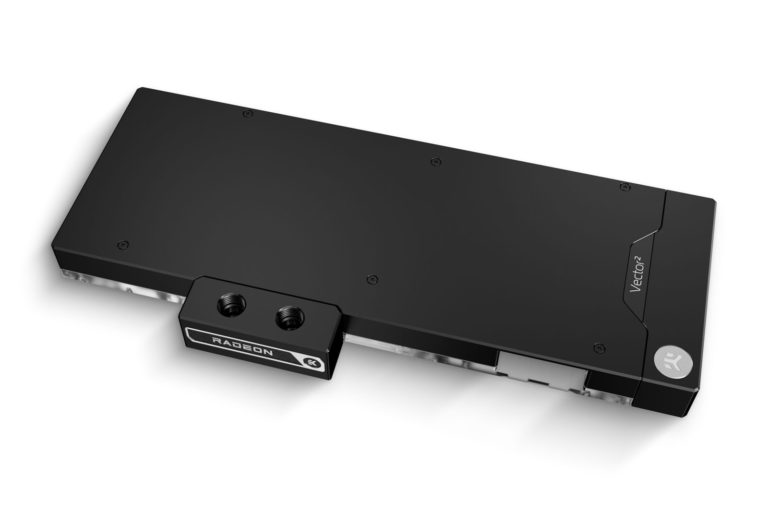 Availability and Pricing
The EK-Quantum Vector² RX 7900 XTX D-RGB water blocks are available for pre-order through EK Webshop and Partner resellers. The first water blocks will start shipping out in early December. The table below shows the manufacturer-suggested retail price (MSRP), VAT included.