Colorful Technology Company Limited, professional manufacturer of graphics cards and motherboards, is pleased to announce the release of the world’s first graphics card with built-in LCD display: the iGame GTX1080Ti Vulcan X OC. Finally ready for release, the card will be initially sold in China and COLORFUL will share more details about it afterwards.

The iGame GTX1080Ti Vulcan X OC is targeted for sale at May 5th.

The iGame GTX1080Ti Vulcan X OC features a factory overclock of 1620Mhz on the core frequency and has a boost clock of 1733Mhz thanks to GPU Boost. The card runs 11GB GDDR5X memory wired to a 352-bit bus. The card features a 16+2 phase digital power supply reinforced by IPP (iGame Pure Power) and is equipped with the SWORIZER cooler with built-in iGame Status Monitor as well as 1.68 million color-capable RGB lighting.

The new SWORIZER cooler features a redesigned thermal solution that places the contact position of the heatpipe all in one copper base and uses a C-type design to reduce thermal resistance and enhance heat conduction efficiency. The cooling fins are cooled by three 92mm duall ball-bearing Saw Sickle fans which cools 86% more surface area than the suaul double-groove coolers. This design ultimately cools the iGame GTX1080TI Vulcan X OC.

During its debut, customers from China and overseas talked about the screen on the cooler when they saw the iGame GTX1080TI Vulcan X OC. Now, the LCD screen receives an official name: the iGame Status Monitor. The display shows core frequency, core temperature, fan speed and memory used during operation. Aside from that, it also shows the status of the load level of the cards so the users are aware of the operating condition of the GPU. 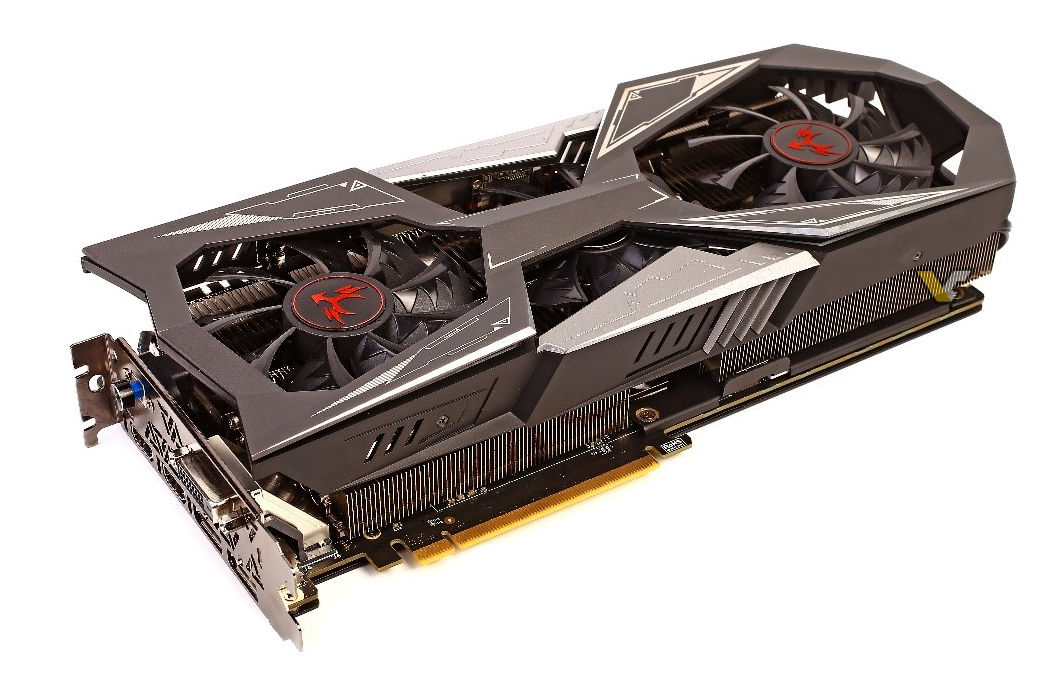 Colorful created the iGame series taking feedback from players’ comments and suggestions to create a distinct product for every situation.  The iGame series is Colorful’s specialized product segment made for gamers, both mainstream and extreme. 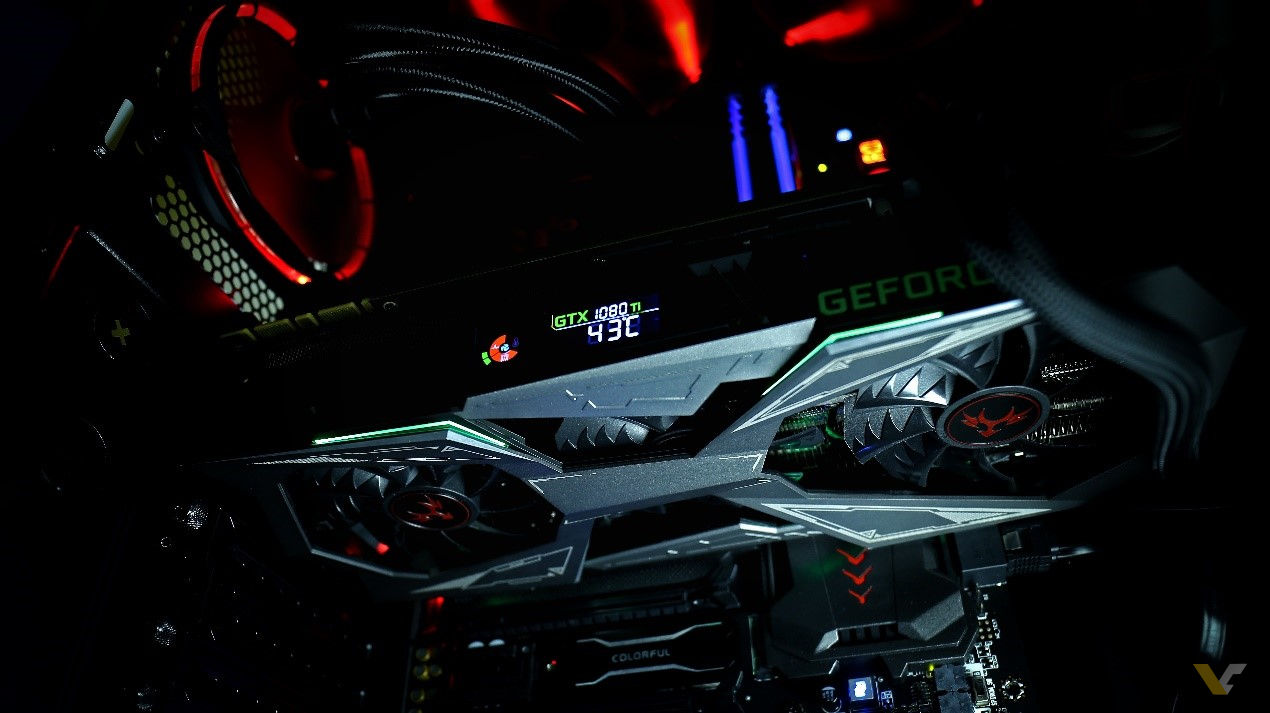