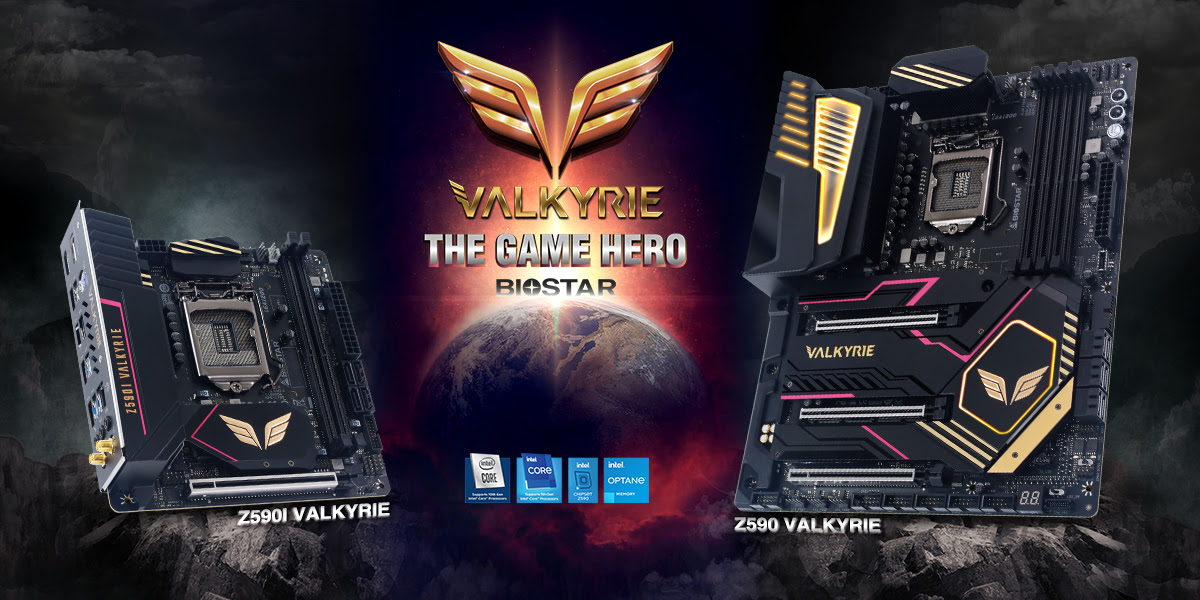 Designed based on the latest Z590 chipset from Intel, BIOSTAR’s VALKYRIE series motherboards are a brand-new breed of enthusiast grade motherboards in the market. Launched in two versions with two different form factors, the Z590 VALKYRIE (ATX) and the Z590I VALKYRIE (Mini-ITX) both carries a fully armored cover design resonating with BIOSTAR’s goal of producing a premium flagship motherboard range that adds form, functionality and the wow factor to their product range. 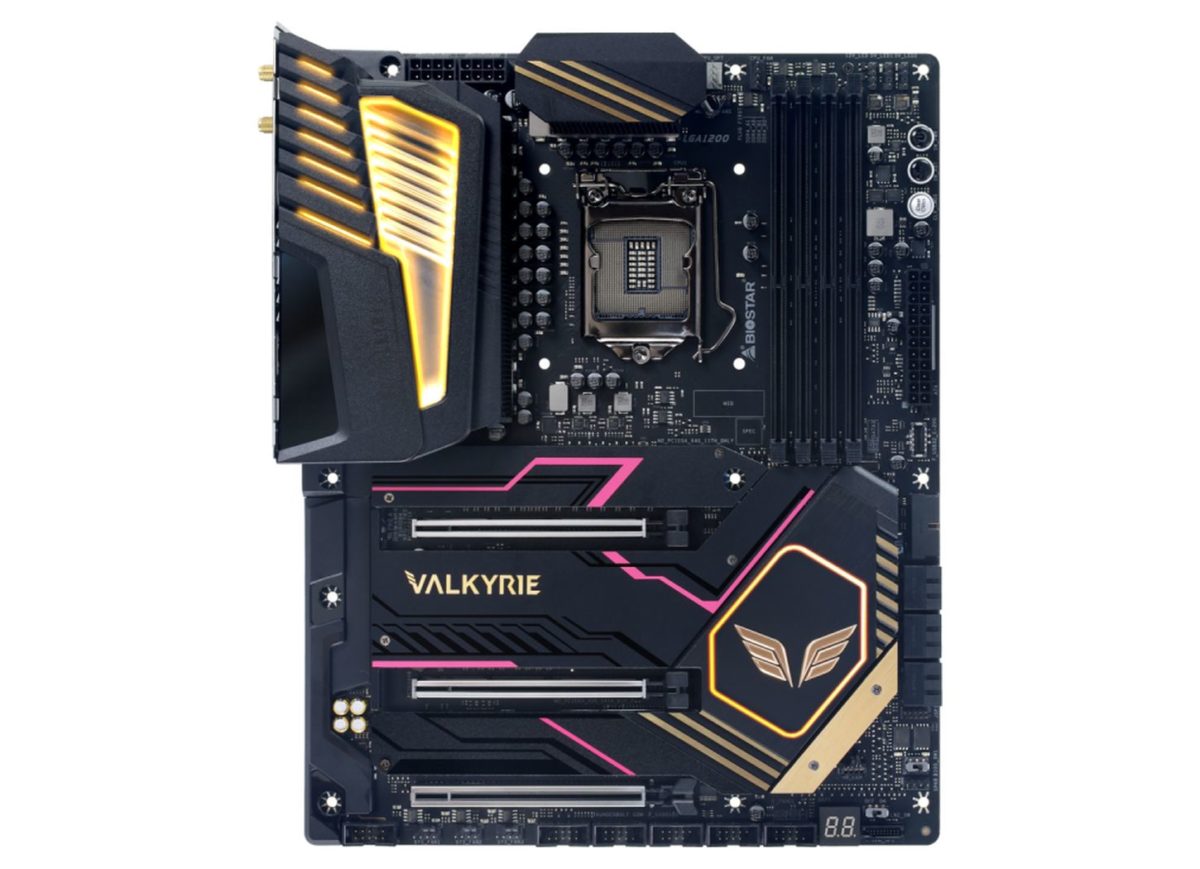 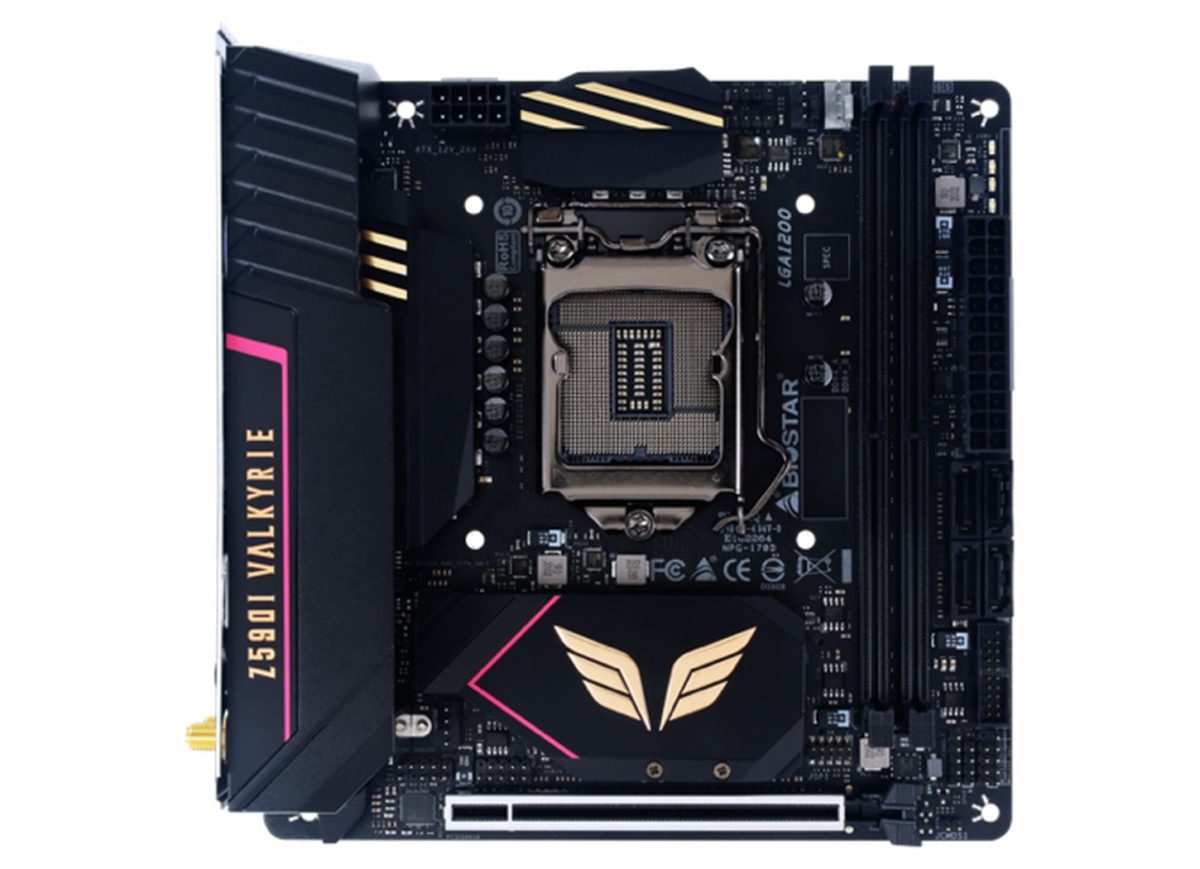 An all-new armor gear design brings sleek design elements with passive cooling capability to the mix, and the use of gold and pink accents showcases a powerful yet royal outlook making the new VALKYRIE motherboard range fresh and extremely swoon worthy. Features like BIOSTAR’s proprietary LED ROCK ZONE and VIVID LED DJ which are fan favorites when it comes to RGB lighting technology adds extra customization to the mix for users.
Engineered by BIOSTAR with the latest and greatest motherboard technology in the planet, the Z590 VALKYRIE series motherboards are ideal for users looking to install the best hardware into their new gaming rig or editing system.

With features like PCIe 4.0 which is 2x times faster than the older PCIe 3.0 and supports a bandwidth of 16GT/s bit rate, the Z590 VALKYRIE stands above its competitors by both style and technology. 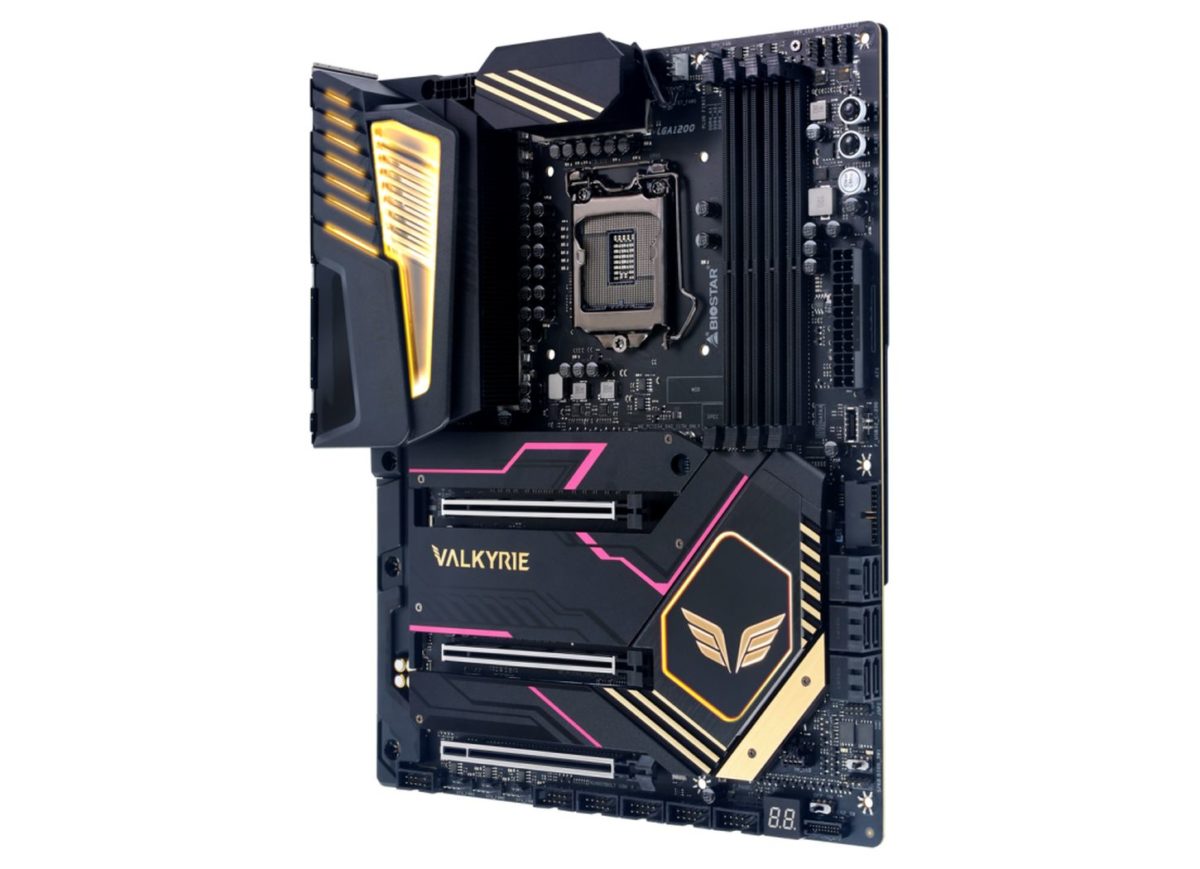 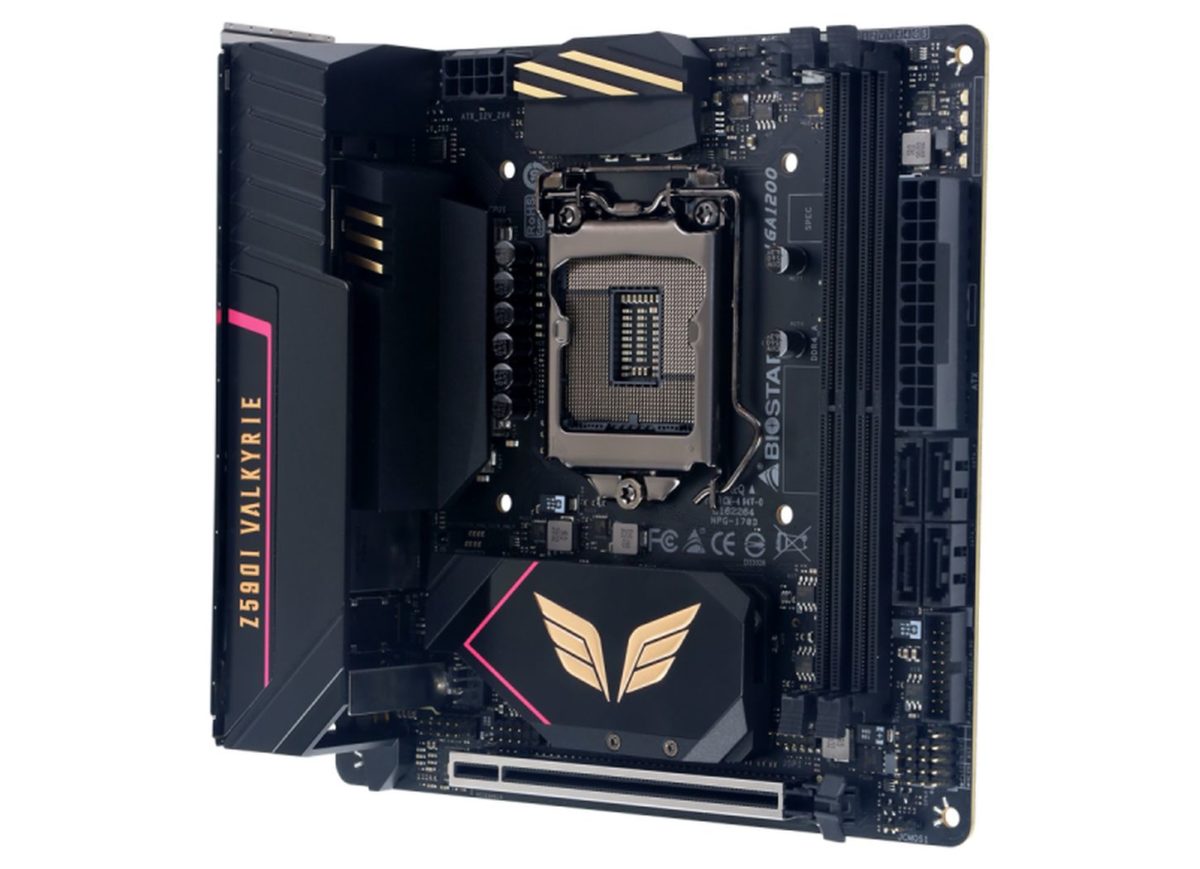 Capable of running up to 128 GB of DDR4 Memory on 4 DIMMs with boost clock speeds that can reach up to 5000+(OC), the VALKYRIE series is designed for all purposes, easily capable of handling the best hardware in the toughest use cases.

The VALKYRIE series motherboards are powered by BIOSTAR’s 22 phase power design and Digital PWM technology which increases system efficiency and has faster transient performance. Smartly integrated 20K Hours Durable Solid Capacitors adds an extra layer of protection to the system with its durability while providing a stable voltage output with unhindered performance.

Furthermore, the VALKYRIE series motherboards are engineered with fins heat sink combined together with active cooling and a full copper base and metal back plate design which can improve power supply efficiency, reduce overall temperature by 29.1% and extend the life and quality of your computer.

When it comes to rear I/O, the Z590 VALKYRIE motherboard has a fully packed Rear I/O panel protected by its Armor Gear shield with ports like 1 x PS/2 Keyboard/ Mouse port for older devices. 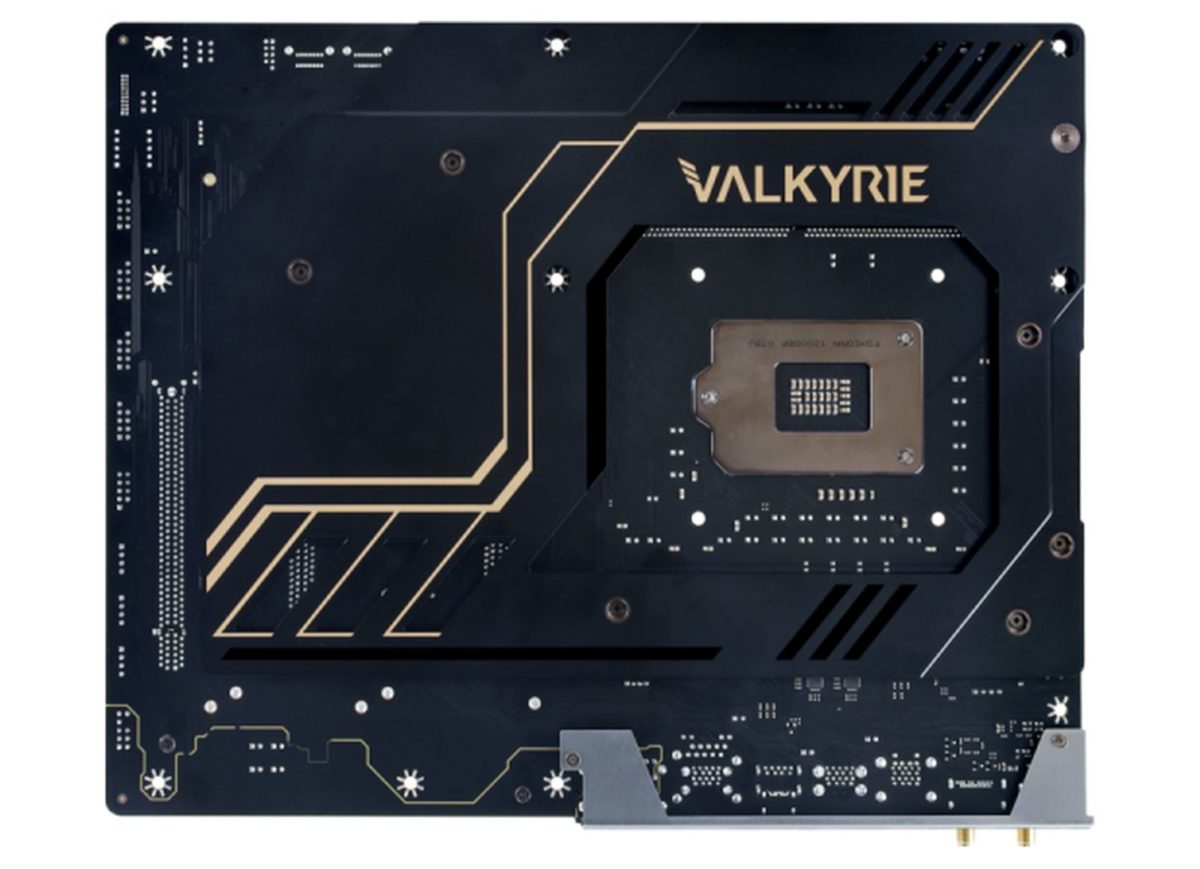 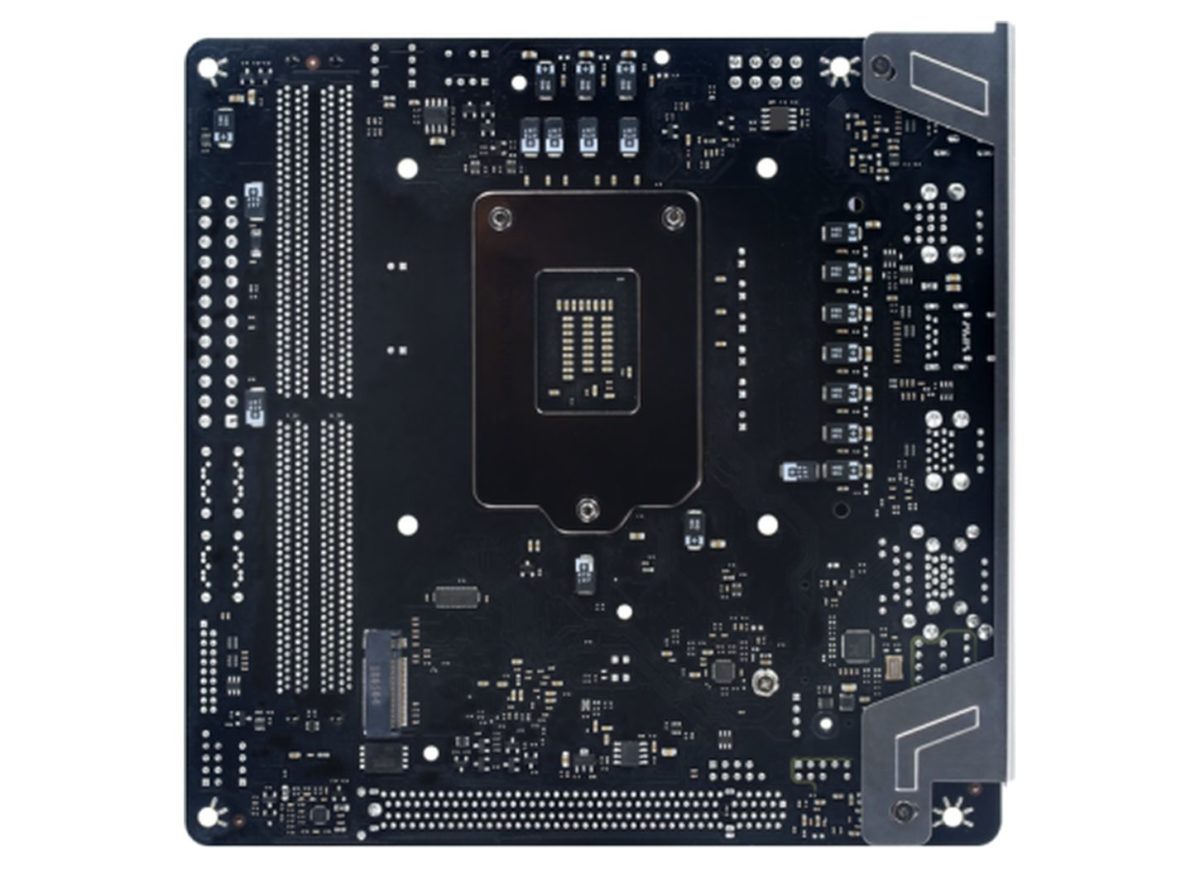 2 x WIFI Antenna ports and the capability to run WiFi 6 is readily available for faster internet connection and a single LAN port powered by Realtek RTL8125B chipset brings up the rest for network connectivity with BIOSTAR’s 2.5 Guard technology providing safe stable internet connection with protection against electrical surges and prevents damage from lightning strikes. For display connectivity, the Z590 VALKYRIE motherboard comes with a built-in DP port (DP1.4) capable of supporting up to 5K screen resolution with the power of the latest Intel 11th Gen processors, delivering bright, crystal-clear images. 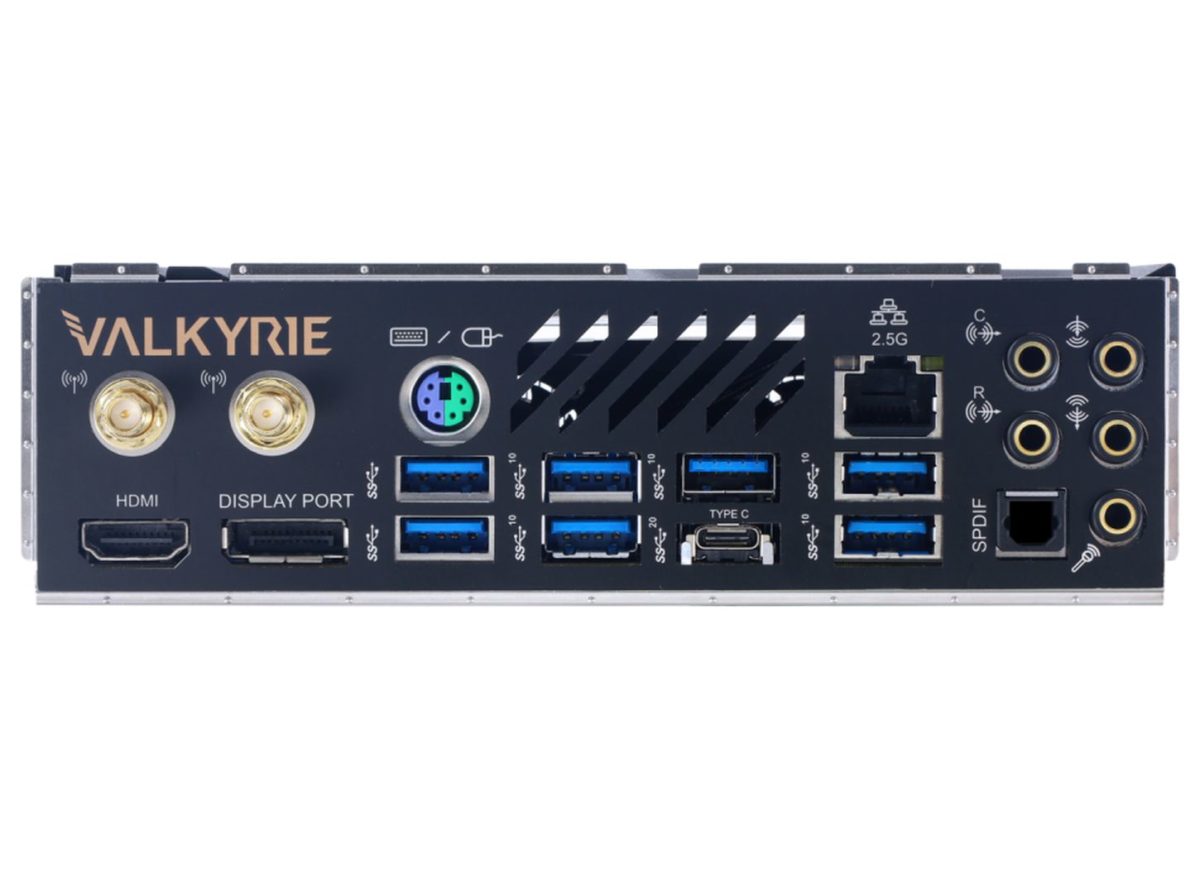 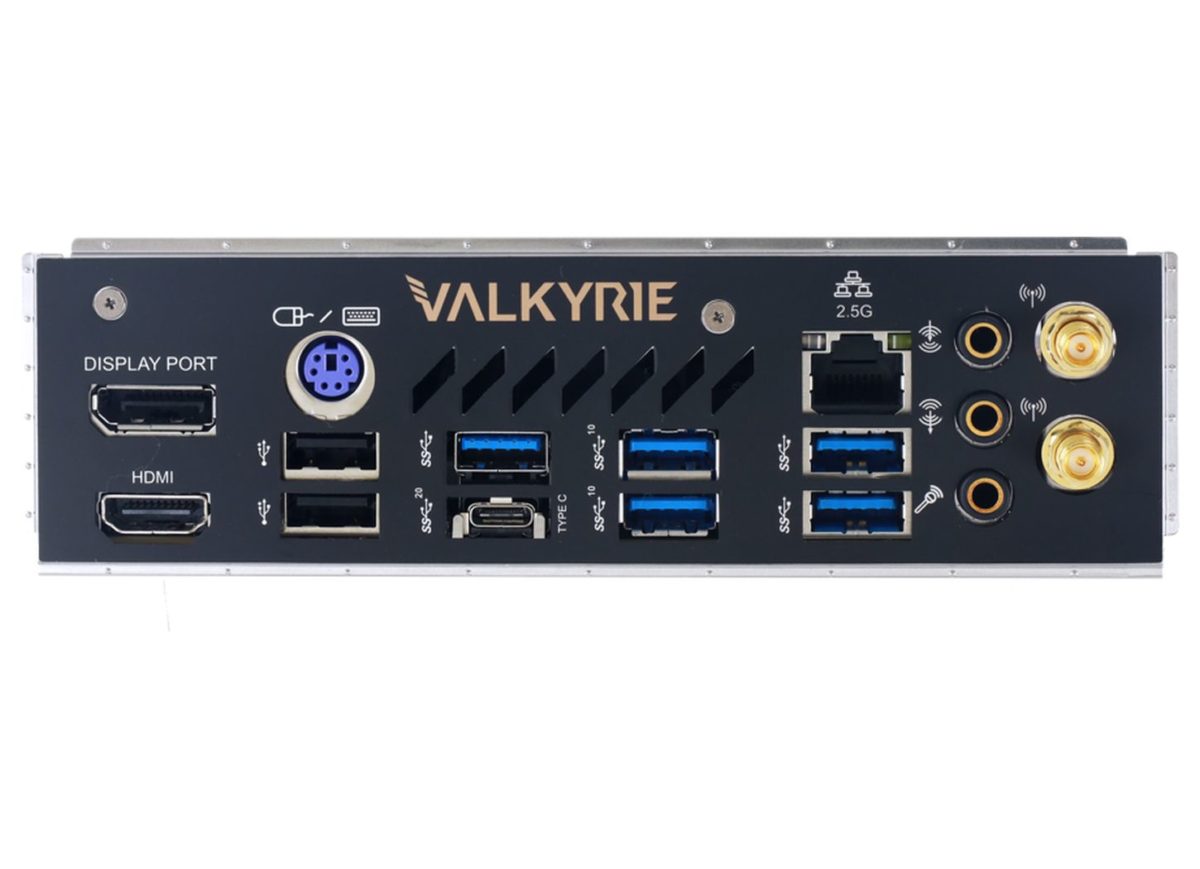 The Z590I VALKYRIE motherboard also comes with a highly versatile I/O palette. Providing much more than its small form, the Mini ITX variant of the VALKYRIE series is packed with all the essentials including 1 x USB 3.2 (Gen2x2) Type C port, 2 x USB 3.2 (Gen2) ports, 3 x USB 3.2 (Gen1) ports and 2 x USB 2.0 ports to provide ample USB connectivity. Features like a traditional PS/2 Keyboard/ Mouse port provides users with more flexibility when connecting their input devices. A single display type port is available for Video output together with an HDMI 4K2K port that can emulate bright, crystal-clear images at a 4K resolution on a refresh rate of 60Hz, this is achieved by the power of the latest Intel processors.

Much like its bigger sibling, the Z590I VALKYRIE motherboard uses Realtek RTL8125B chipset for its single port LAN connectivity with BIOSTAR’s proprietary 2.5 Guard technology to protect the system against any unwanted electrical hazards. Two WIFI Antenna ports provide wireless internet connectivity to the motherboard with support for WiFi 6 also available for users to expand on.

To conclude, BIOSTAR’s VALKYRIE series motherboards are ready to take on the competition and come out on top. With a bold new design approach mixed with cutting edge technology, these are by far the best high-end motherboards available in the market for PC enthusiasts, capable of delivering unparalleled performance and durability.