We reached out to Biostar PR company to ask why the website does not list AMD Ryzen 5000 series CPUs on the A320MH motherboard page anymore:

“Thanks for the email, we just checked with BIOSTAR and they informed us due to some reasons, they removed the update for now, we are very sorry we didn’t get the latest update from them.”

With BIOSTAR’s official BIOS patch version A32ESB17, users can upgrade to a range of new processors like the Ryzen 7 5800X.

We can see many motherboard manufacturers follow BIOSTAR’s approach providing a new version of BIOS for their A320 motherboards to support AMD Zen 3 processors. This move is undoubtedly a great boon for users of the A320MH motherboard extending the product use cycle even further. 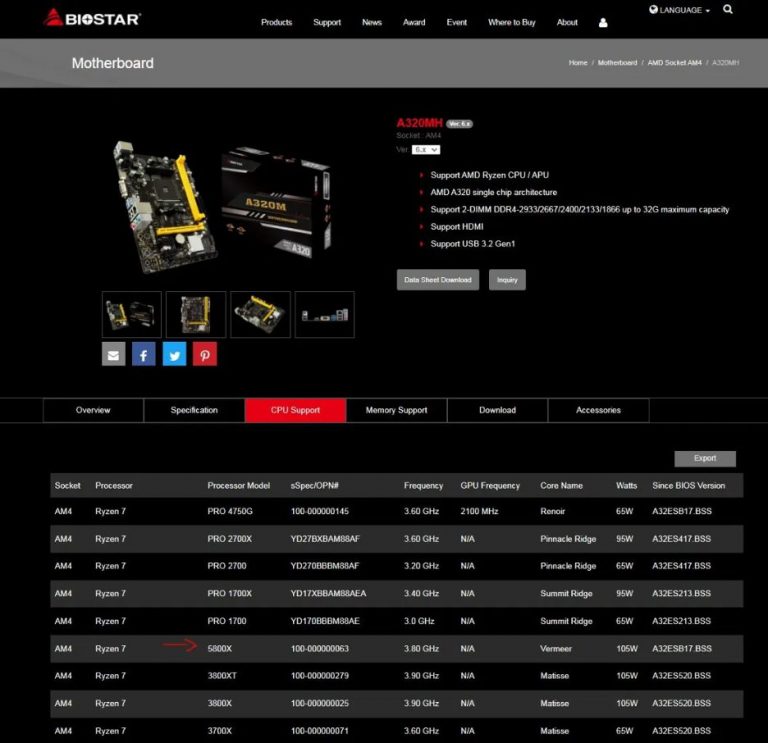 It is important to note that the updated AMD Ryzen 5000 series is only supported but does not include the 5000G series APU. This is because of limitations of BIOS ROM capacity; the updated Bristol Ridge processor will no longer be supported.

Users can find the official BIOS update on the motherboard’s support page.