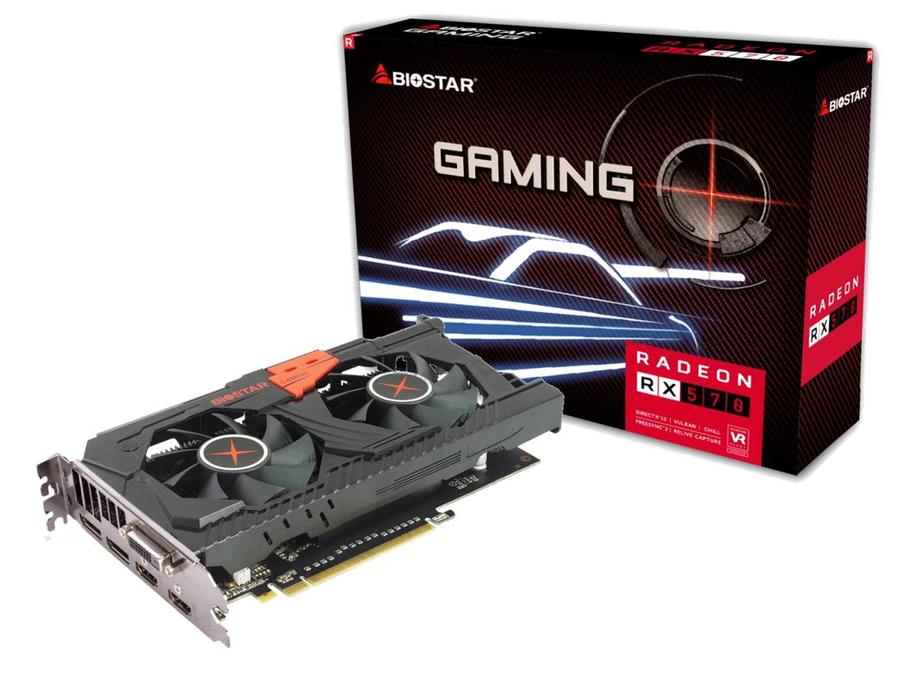 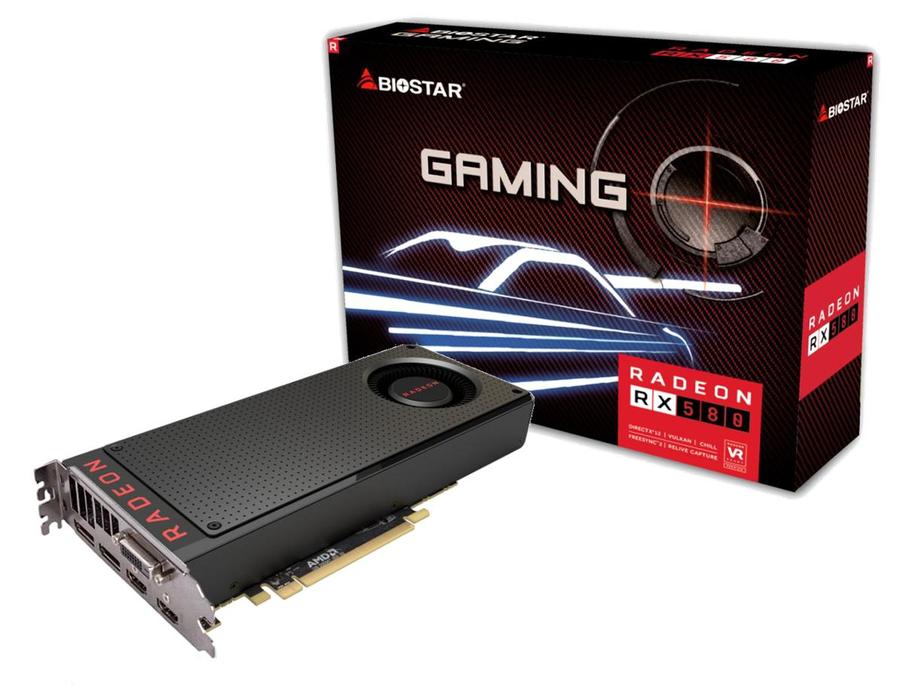 BIOSTAR is thrilled to announce its latest lineup of graphics card for gamers featuring the 2nd-generation Polaris architecture from AMD coupled with excellent gaming performance and higher clock speeds. Introducing the new BIOSTAR RADEON RX 500 series GPUs designed to be the perfect graphics upgrade for those looking to play modern games and experience VR at compelling prices and the products will be exclusively for Asia Pacific and China region.

The new BIOSTAR RADEON RX 500 series GPUs include the latest flagship RX 580, together with the mainstream RX 570 and RX 550. The new GPUs feature support for DX12 and Vulkan API. Combined with technologies to help improve visual performance and display technologies to improve the overall gaming experience, gamers will fully enjoy their gaming experience with the new RADEON RX 500 series.

Gamers can now enjoy streaming, sharing and capturing their gameplay with Radeon ReLive with their BIOSTAR RADEON RX 500 GPUs. The Radeon ReLive software allows gamers and content creators to enjoy smooth gaming and recording simultaneously even on entry-level hardware, featuring support for 4K resolution at either 30 or 60FPS using HEVC and H.264 codecs. Radeon ReLive integrates with many of the popular game streaming platforms in the world right now.

Designed for smooth 1440p gaming, the BIOSTAR RADEON RX580 features 2,304 stream processors with a base clock of 1257 MHz and can boost up to 1340 MHz. It sports 8GB of GDDR5 memory and is wired to a 256-bit bus for 8 Gbps of bandwidth. The card is rated for high OC capability for further performance and features 100% solid capacitors and is powered by a 6-phase power design. It requires a single 8-pin power connector.

The BIOSTAR RADEON RX 570 boasts 4GB or 8GB of GDDR5 memory and runs with a base clock of 1168Mhz with a maximum boost frequency of 1244Mhz. It features 2048 stream processors and the memory is connected to a 256-bit memory interface offering 7Gbps bandwidth. The BIOSTAR FPS Cooling model comes in 4GB model.

Designed to be the entry point to PC gaming, the BIOSTAR RADEON RX 550 delivers excellent performance for its price featuring 512 stream processors running at 1183Mhz with either 4GB or 2GB GDDR5 models wired to a 128-bit bus and a total memory bandwidth of 7Gbps. The card requires no extra power connectors and is equipped with 100% solid capacitors.