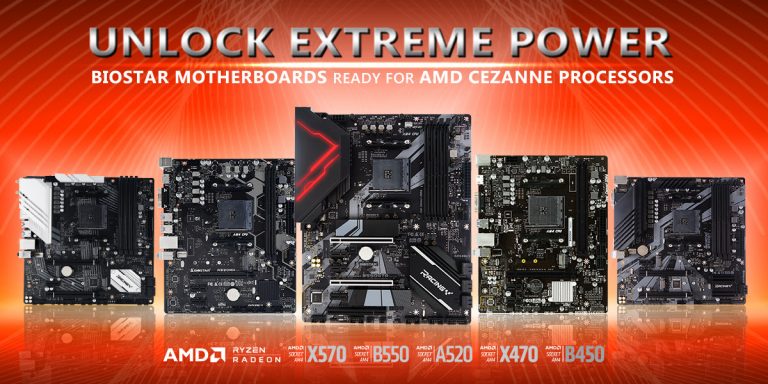 Extreme performance enabled for personal computing with up to 8 cores fueled by the world’s most advanced 7nm processor core technology, the AMD Ryzen™ 5000 G-series desktop processors with Radeon™ graphics deliver ultra-fast responsiveness and multi-threaded performance for any use case.

BIOSTAR proudly announces that their motherboards are ready to handle the latest AMD Ryzen™ 5000 G-Series processors. With a simple BIOS update, BIOSTAR consumers can upgrade their existing AM4 based 400-series & 500-series motherboards to the latest processors without a hassle. BIOSTAR has released the new BIOS patch for the following chipsets X570/B550/A520/X470/B450 and promises unparalleled stability and performance across all their motherboards.

For more information related to the BIOSTAR AM4 400-series & 500-series motherboards to support the new AMD Ryzen™ 5000G series processors, please go to the download page of your motherboard’s product page and download the corresponding BIOS version as listed below.