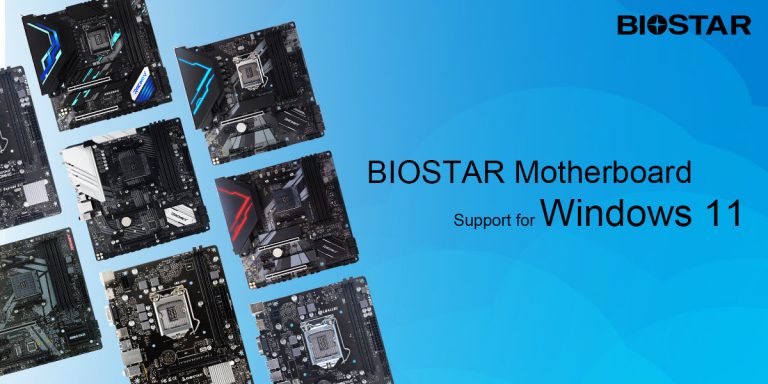 Software giant Microsoft unveiled the first preview of their latest Windows 11 operating system on June 24th through an online event.

The new OS looks and feels like a major overhaul to their previous Windows 10 operating system launched in 2015 that lasted for 6 years. Quoting Microsoft, Windows 11 will be one of the most significant updates of Windows for the past decade, featuring major visual and functional changes. In addition to the new interface design, remote communication, strong gaming performance, and support for cross-platform applications, Microsoft has also given a big focus on critical data security and privacy operations in this version of Windows.

BIOSTAR proudly announces a list of their motherboards that support TPM chip version 2.0 and Secure Boot for easy, hassle-free Windows 11 installation. Consumers that own any of the following motherboards from BIOSTAR’s current support upgrade list can now use the BIOS default settings to directly upgrade their operating system to Windows 11 without any changes.