At CES 2021, Intel® announced their new socket LGA-1700. The matching CPUs, which are expected to be available in 2021, will follow a new hybrid architecture and should be more powerful than previous generations through the use of high-performance and efficiency cores. This time, the new architecture also has a direct effect on the appearance, as it features an additional 500 contacts compared to its predecessor (which is why the number in the name has increased from 1200 to 1700), and as a result, the socket had to be greatly enlarged. 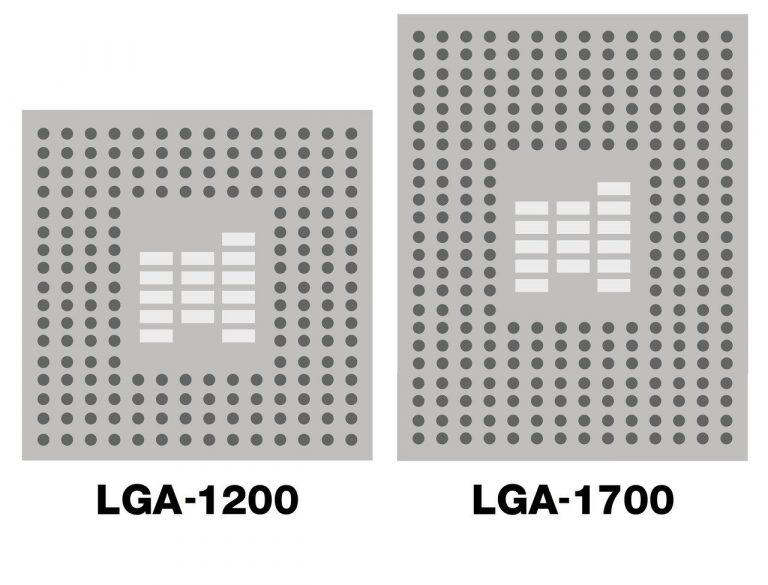 Thus, the heatspreader has a much larger surface than before, and above all no longer square, but rectangular. While this heralds a new era for Intel CPUs that promises even more performance, unfortunately no CPU coolers already available on the market are compatible with this change.

To remedy this, be quiet! will release free mounting kits for for the new Intel® CPU generation, with which many of the current coolers become compatible with the socket LGA-1700. In addition to a new backplate and the associated mounting bridges for the socket, these kits also include all other components required for installation on the Intel® socket. A new mounting frame for the Silent Loop 2 AiO is also included.

To receive a free mounting kit, a customer just needs to fill out a form on our website. This contact form will be activated at the beginning of November. After proof of the purchase of one of the listed coolers as well as a corresponding LGA-1700 motherboard or an Intel® Core-i processor of the 12th generation, the mounting kit will be shipped free of charge. Without any invoice, the mounting kit can also be purchased for the small nominal fee of 5,46€ / 6,38 USD (excl. VAT). Once again, our customer service will take care of these enquiries. It will be available in two colors: black and silver.

Over the course of the next year, the mounting kits will also become part of the normal scope of delivery of the compatible coolers.

Many be quiet! coolers become compatible with the new Intel® platform LGA-1700. The free assembly kits will be shipped starting mid-November 2021. This paves the way for all enthusiasts who want to be part of the 12th generation of Intel® Core-i processors right from the start.