ASUS supports all new Ryzen processors that are available now

ASUS today announced BIOS support and updates for a variety of motherboards supporting the new AMD Ryzen™ 5000 and 4000 series CPUs.

Matching the new Ryzen 7 5800X3D, which has a dedicated 96 MB L3 cache, AMD has released AGESA version 1.2.0.6b to improve system performance. Many ASUS 500, 400, A320 and X370 series motherboards already have BIOS updates with this new AGESA version. Other compatible models will receive corresponding BIOS updates by March 25th.

All CPUs in this series are recognized by ASUS mainboards of the 400 and 500 series via existing BIOS updates – also with AGESA version 1.2.0.6b. The updates can be downloaded from the ASUS support website. Previous generation ASUS motherboards will receive support for these new CPUs according to the table below: 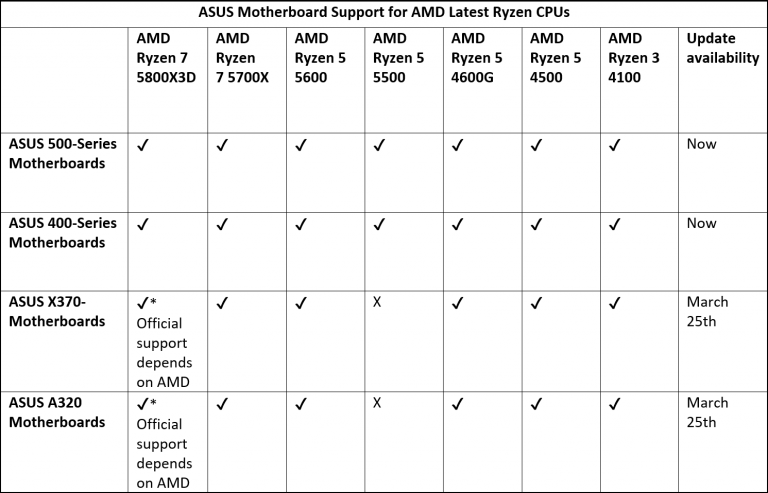