TAIPEI, Taiwan, February 22, 2019 — ASUS today announced four new flavors of the GeForce® GTX 1660 Ti graphics card, spanning the ROG Strix, ASUS Dual, TUF Gaming, and Phoenix product lines. This new chipset leverages the unbridled essence of the Turing architecture, making it ideal for gamers seeking an uptick in performance on a budget. The proposition pairs perfectly with the slew of recent monitor offerings that are pushing high refresh rates and low response times at 1080p and 1440p. It’s a great time to be a competitive gamer.

Designed for competitive gamers that want peak performance for a given chipset, the ROG Strix GeForce® GTX 1660 Ti 6GB GDDR6 has a powerful cooling setup that keeps temperatures under tight control no matter how hard you play. The Strix heat spreader is manufactured with MaxContact technology, creating a super-smooth contact surface that efficiently transfers thermal energy from the GPU die. Heat is then wicked into a large sink topped by new fans that feature the new Axial-tech design, which delivers improved static pressure and lower noise.  The card also benefits from Auto-Extreme Technology and a reinforced frame that both enhance durability, one via an automated manufacturing process and the other through physical strength. With the speed and reliability of the Strix 1660 Ti on your side, you’re sure to grace the top of leaderboards in no time.

The TUF Gaming GeForce® GTX 1660 Ti is subjected to compatibility tests with TUF Gaming motherboards to ensure a seamless plug-and-play experience, as well as a 144-hour validation program involving both synthetic and live in-game benchmarking. To ensure long-term durability, each card is manufactured with Auto-Extreme Technology and reinforced with backplates. The cooler is also equipped with fans that have dual-ball bearings, which can last up to twice as long as sleeved designs. For gamers that prefer a longer upgrade cycle, the TUF Gaming 1660 Ti is an easy decision.

The Dual and Phoenix GeForce® GTX 1660 Ti graphics cards are both designed for nonstop gaming performance, each with different features to bring more choice to customers. The Dual 1660 Ti rocks two fans with IP5X dust resistance for powerful cooling and consistent performance. The Phoenix 1660 Ti is smaller, with a single fan, perfect for chassis with limited space. It leverages our patented Wing-blade fan design to produce ample performance despite its diminutive size. Both cards are manufactured using Auto-Extreme technology, which ensures industry-leading reliability for those epic gaming sessions. 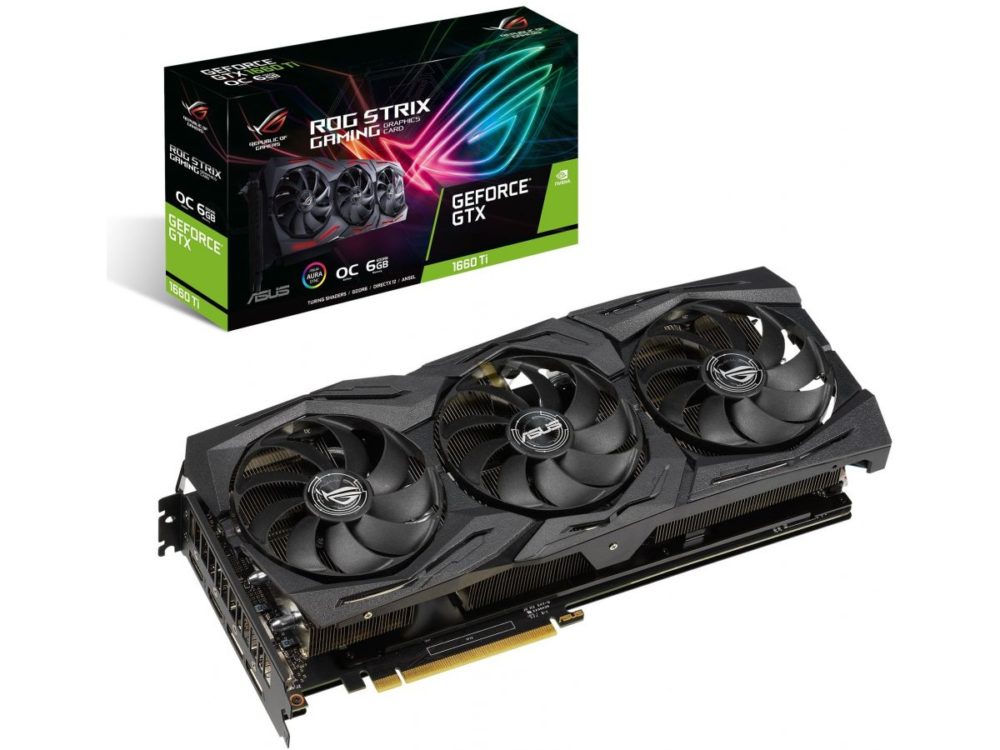 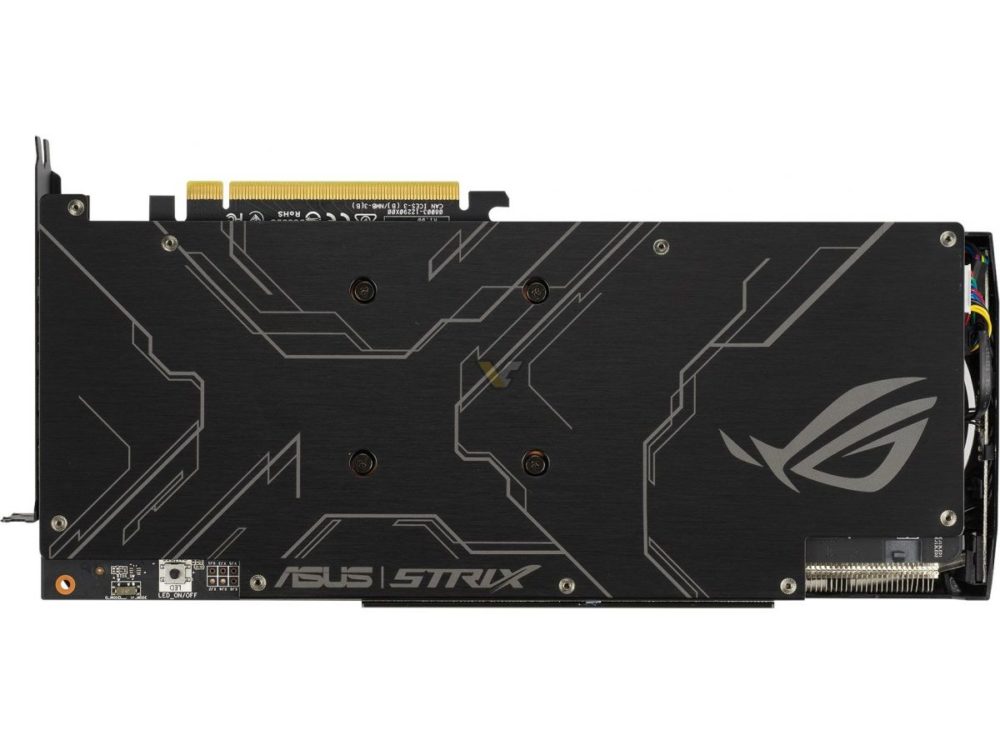 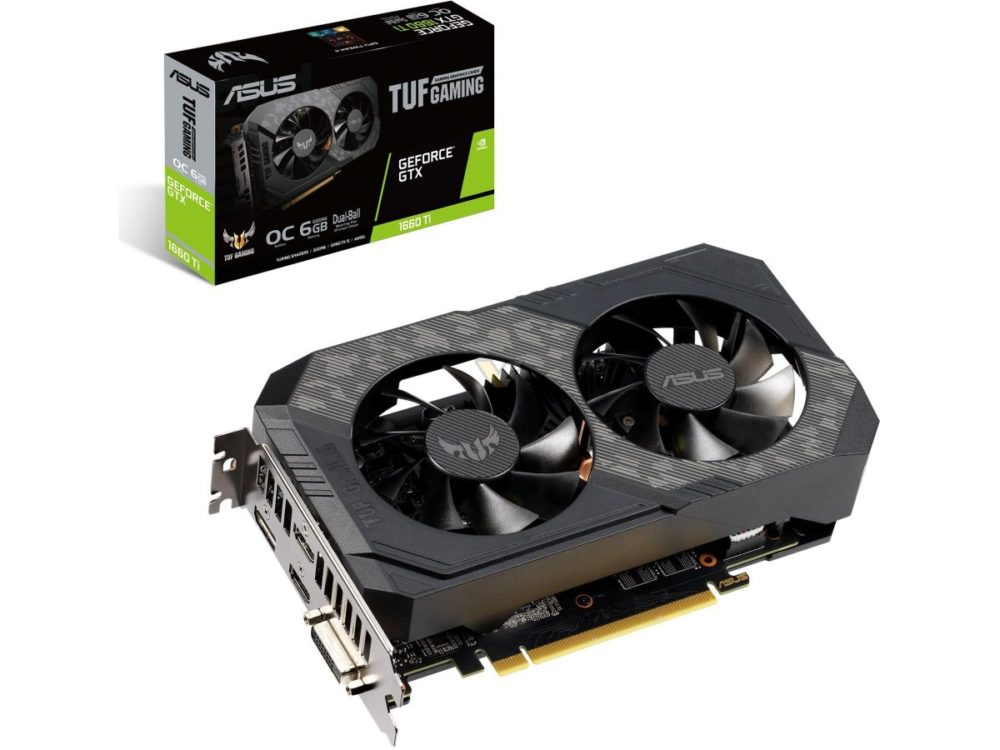 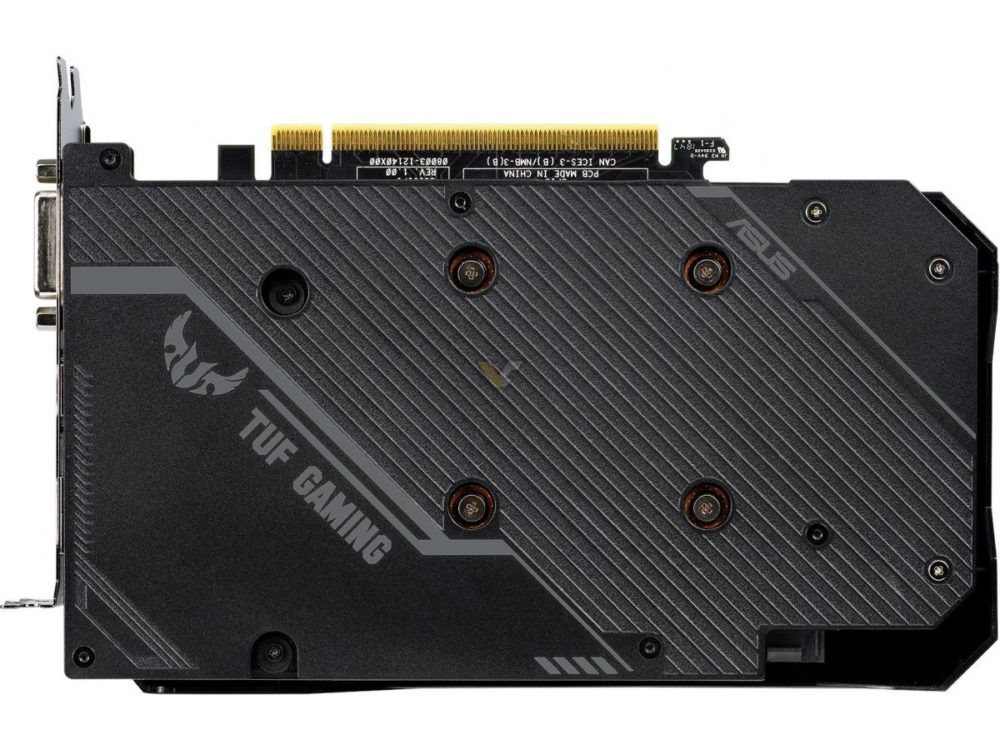 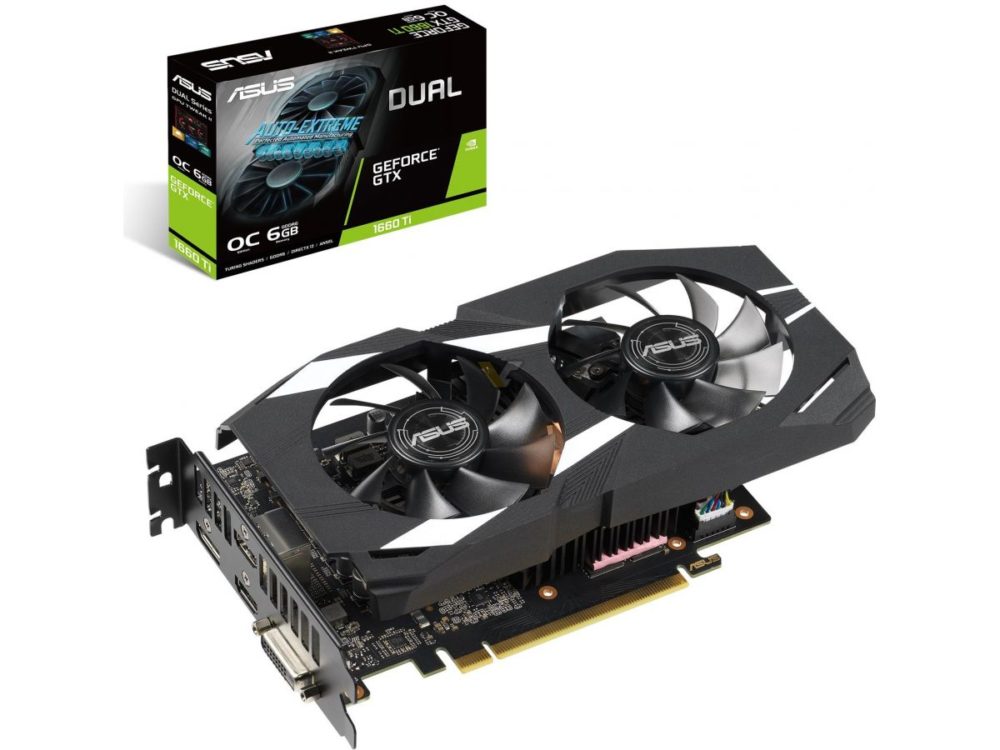 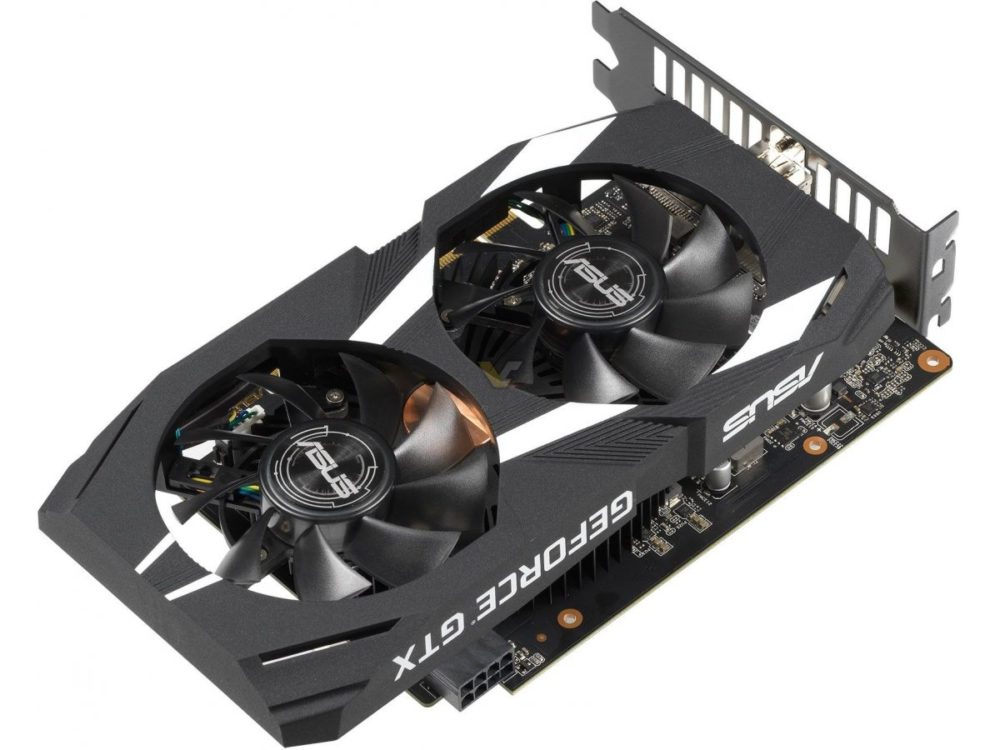 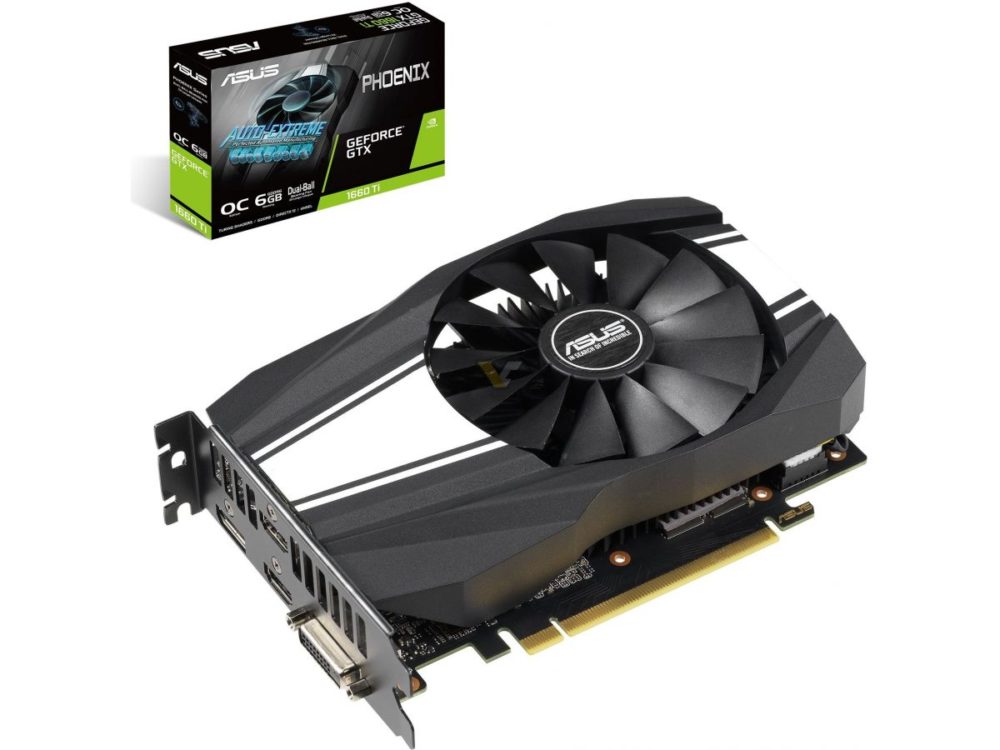 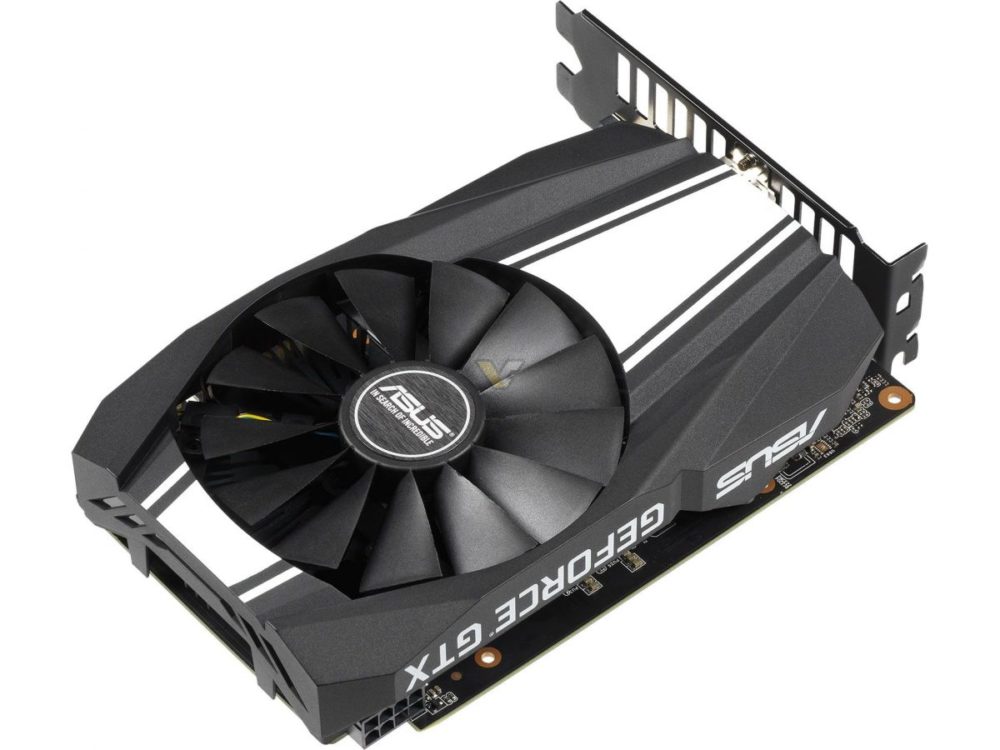