ASRock has been completely dedicated to EZ update/setting. As the first generation of LGA1700 socket motherboards, most of ASRock Intel® 600 series motherboards are equipped with BIOS flashback button that allow users to update BIOS with USB Flash Drive easily. Furthermore, ASRock add Auto Driver Installer(ADI) to the newest BIOS of all Intel® 600 series motherboards. ADI ensures the ability of Ethernet connection and provides a convenient way to install all drivers needed without any annoying application lifted in your OS. That is to say, no need to worry about not having the CD ROM for support CD, and you could set the system just in a blink.

The latest BIOS update will be available to download from our website or simply updated through ASRock APP Shop. 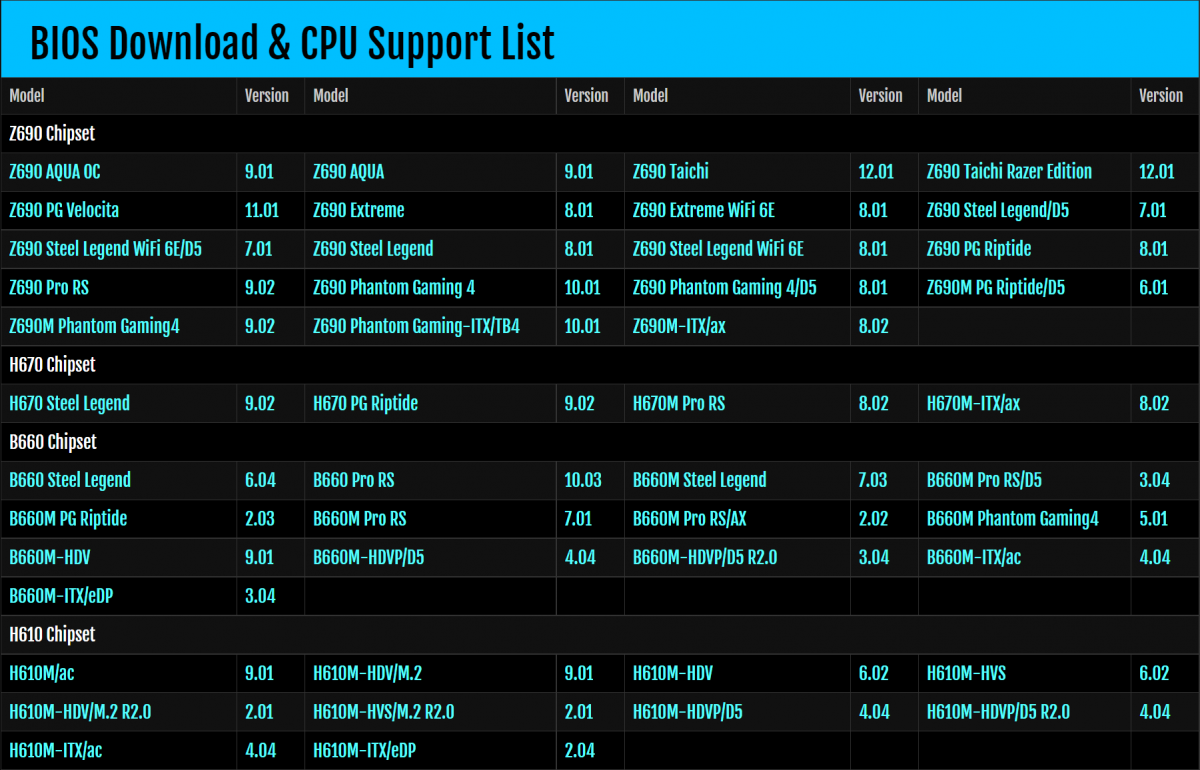