TAIPEI, Taiwan, MAY 29th, 2017 – The leading global motherboard manufacturer, ASRock, is pleased to announce exciting new products for Computex 2017. ASRock will be demonstrating new DIY motherboards including its highly anticipated Intel® X299 platform and Mini-ITX AM4 boards, as well as Micro-STX DeskMini small form factor systems, the X10 IoT Router, and something flash for Bitcoin enthusiasts. ASRock welcomes visitors to experience all this and more at booth #L0810 of the Taipei Nangang Exhibition Center in Taipei, Taiwan from May 30 to June 3, 2017.

ASRock will be showing its fantastic new motherboard collection based on the powerful Intel® X299 chipset. The Fatal1ty X299 Professional Gaming i9 is the first motherboard in the world to feature the Aquantia AQtion 10Gb/s LAN solution, for extreme internet bandwidth and responsive gaming.
James Lee, VP of ASRock Sales and Marketing, stated, “Our goal was to create desirability and iconic differentiation in a gaming motherboard. We’re confident that this powerful board equipped with Aquantia 10Gb/s solution that will definitely be an ideal solution for gamers and enthusiasts! ”
“ASRock products are highly sought after in the PC enthusiast market – whether it’s for gaming or other applications requiring peak performance,” said Kamal Dalmia, Senior Vice President of Sales and Marketing, Aquantia Corp. “We are pleased that ASRock has selected the AQtion AQC-107 10Gb solution for the Fatal1ty X299 to deliver extreme Multi-Gig performance that is a 10X improvement over Gigabit LAN.”

Another highlight of this flagship board is the convenience of USB 3.1 Type-C onboard header. It offers new USB power delivery protocol to supply up to 12V/3A of power output, allowing you to charge portable devices faster than ever!
Outstanding features of the Fatal1ty X299 Professional Gaming i9 and X299 Taichi motherboards include Dr. MOS with SPS (Smart Power Stage) technology with digital PWM 13 phase on board power for ultra-stable PC performance in demanding situations. Triple Ultra M.2 PCIe Gen3 x4 32Gb/s storage along with gamers’ must-have Intel® Dual LAN and Intel® 802.11ac WiFi. BIOS Flashback onboard button that serve users pretty well for updating BIOS effortlessly. USB port from ASMedia ASM3142 controller that adds a protocol feature named “Multiple INs” which allows transactions without waiting for the response once ports are working at the same time. Plus the extreme precision and control of the Hyper BCLK Engine III third generation clock generator chip to satisfy serious tech geeks.

Join ASRock at Computex for the Fatal1ty X299 Professional Gaming i9 stunning show, and witness the breathtaking gaming and graphics performance of these new X299 boards, plus a 10Gb/s networking live demo. 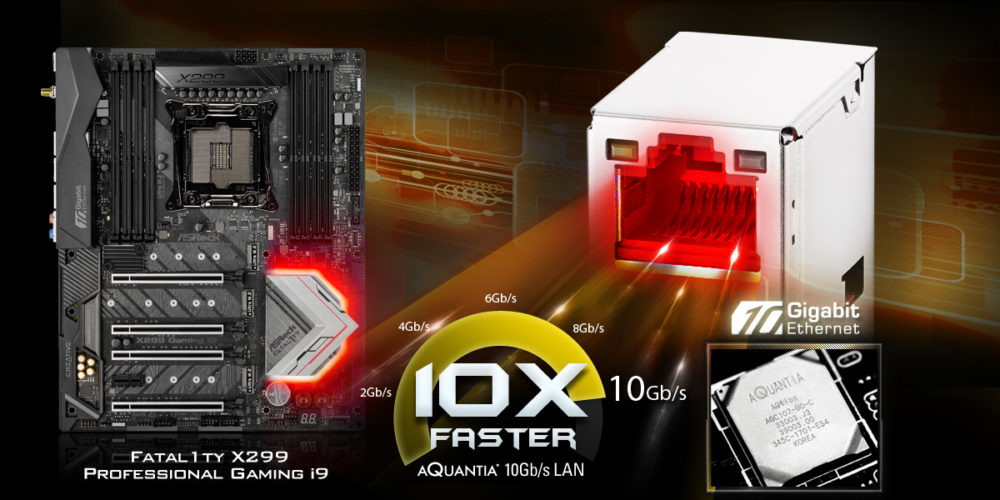 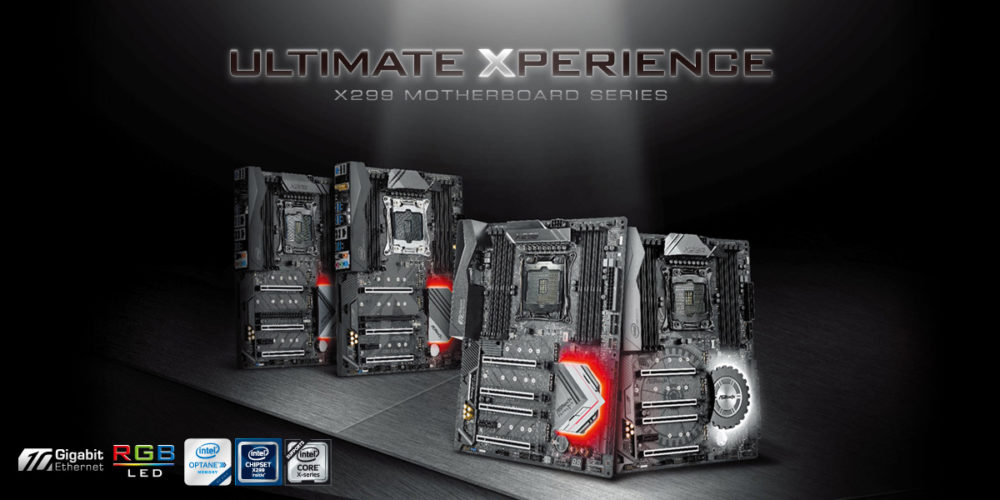 Intel’s X299 chipset used to be represented by a bulky EATX or ATX motherboard, because the CPU, chipset, memory and whole layout required an extra-large PCB to contain the extreme performance. ASRock’s R&D team has worked very hard to defy logics and build a motherboard with a small size but huge performance, and now we have succeeded in breaking the limitations to fit the whole X299 package onto a mini-ITX form factor PCB, hence the world’s first and only mini-ITX X299 motherboard is born! 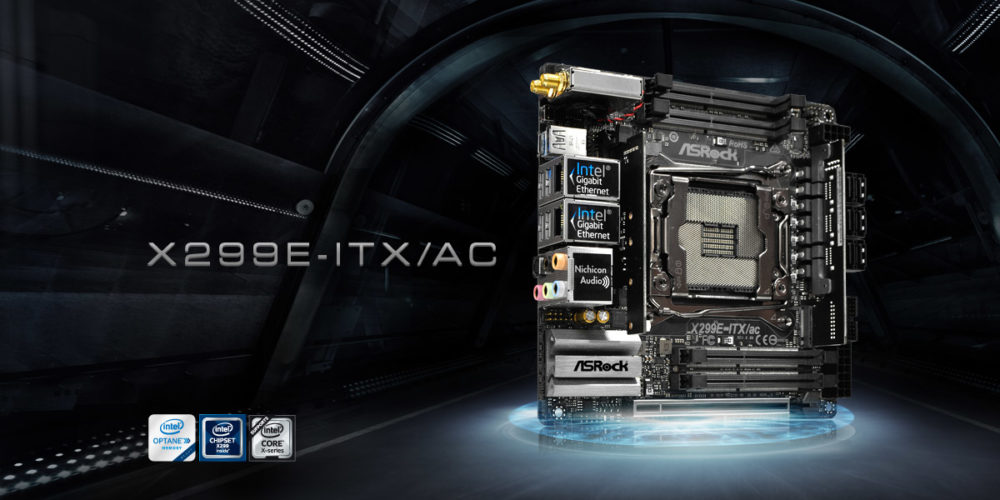 With the huge popularity of cryptocurrency mining (such as Bitcoin, Ethereum and Litecoin), ASRock is launching a new motherboard with an incredible 13 PCIe slots. During Computex, ASRock will demonstrate the soon-to-be-launched H110 Pro BTC+ motherboard that is dedicated to serve mining users and show how to mine cryptocurrencies and earn Bitcoin efficiently. 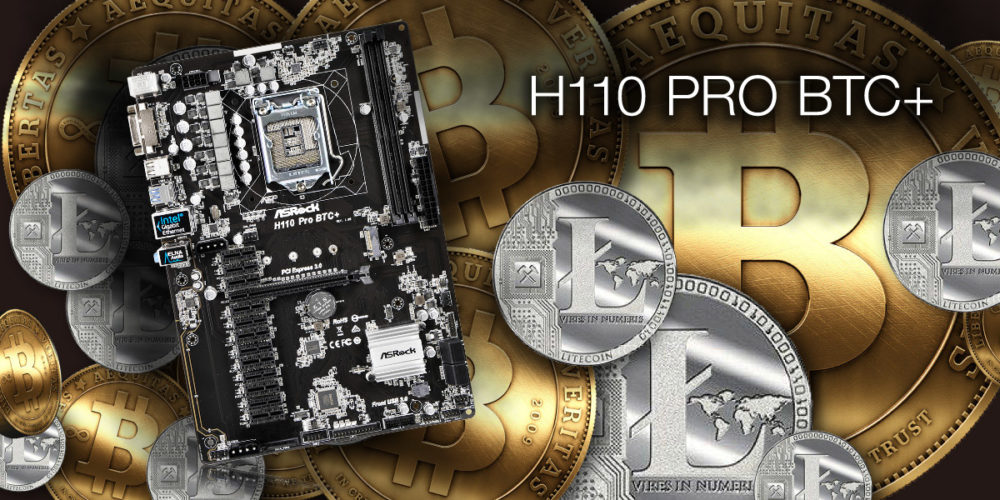 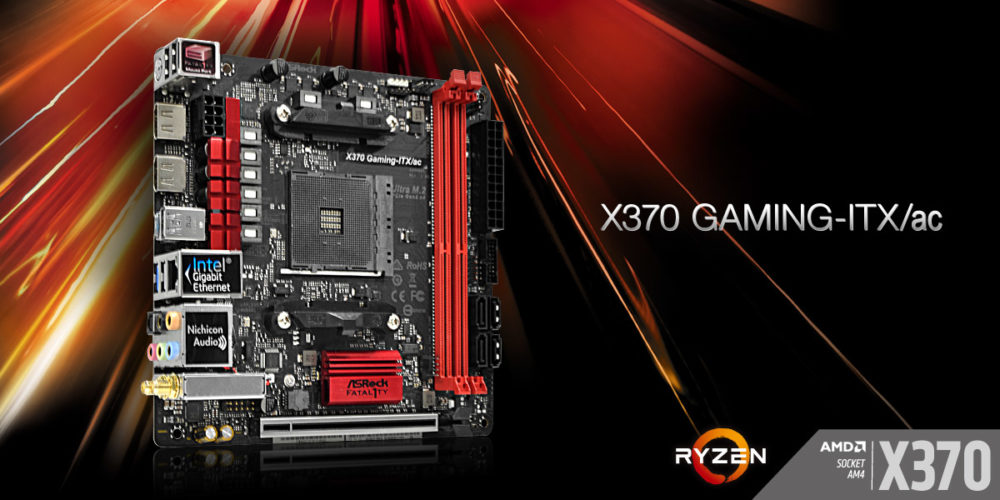