Shortly after the introduction of the new AMD VEGA series, we are proud to present the right coolers today. 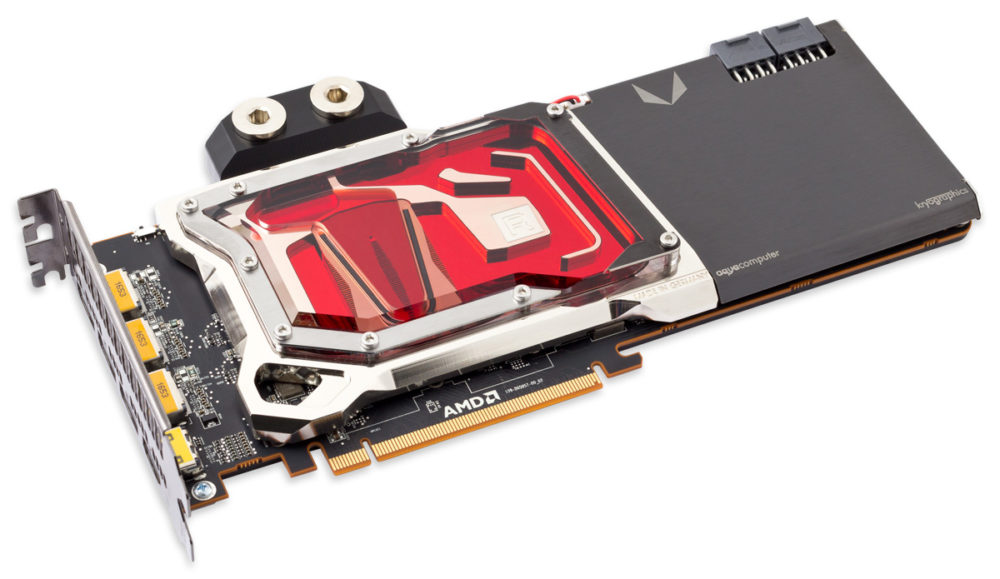 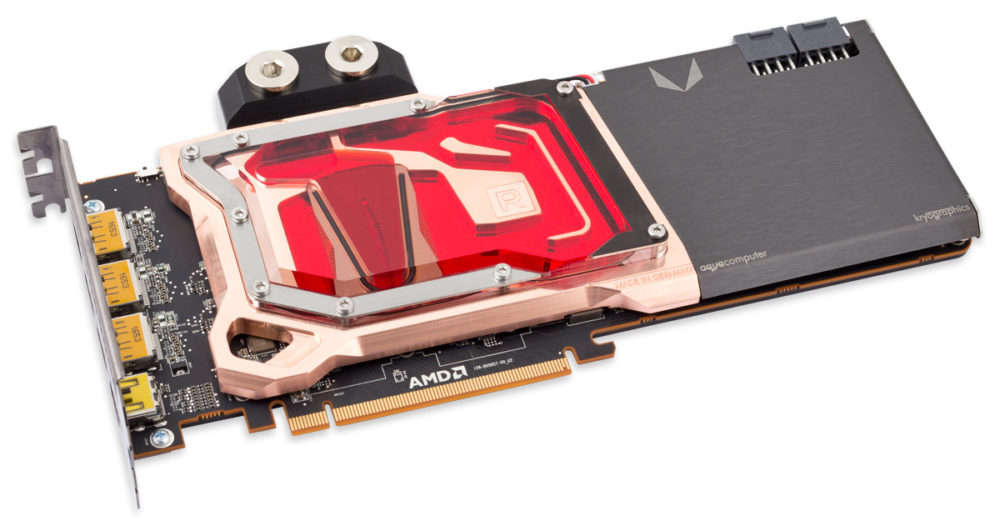 The cooler is compatible with the VEGA 64, VEGA 56 and Frontier Edition cards from AMD.

In order to achieve optimal cooling performance, an elaborate cooling structure and a jetplate were installed. The optimized coolant guide reduces the already low flow resistance of the cooler – the large slotted cooling structure captivates with maximum cooling capacity and optimum flow. In the case of the duct, particular attention was paid to the direct overflow of all important components – especially the voltage regulators and coils require good cooling due to the high power.

The kryographics VEGA, like all radiators from the series, is completely CNC-machined. The production takes place exclusively at our factory in Benniehausen. The floor is made of high quality electrolytic copper with a thickness of 10mm. The GPU and the HBM memory are contacted via thermal grease. For the voltage regulators and coils a thermal conductivity pad of very high quality is included. The card is mounted with the aid of nickel-plated brass spacers.

The kryographics VEGA has a nickel-plated version as well as a base plate made of copper.

The connection terminal is made from Delrin and can also be exchanged against one of our kryoconnect adapters.

The radiator covers the entire graphics card, the rear area is covered by a cover made of stainless steel.

A red LED light is integrated in the cooler almost invisibly. This is simply plugged into the existing connector on the graphics card and replaces the LED module from the air cooler.

The optional VISION connector allows information such as GPU temperature, load, water temperature, etc. to be displayed directly on the radiator. 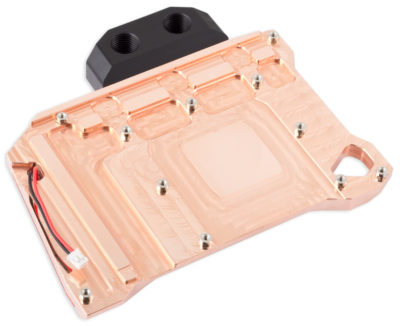 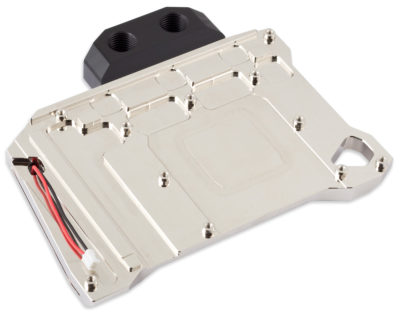 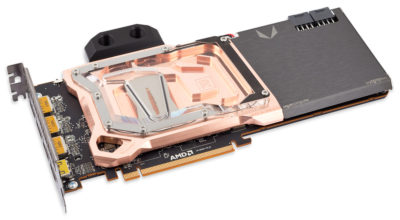 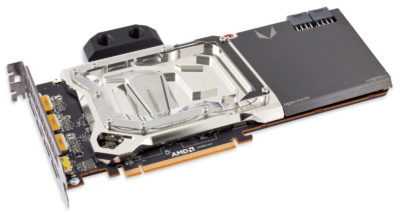 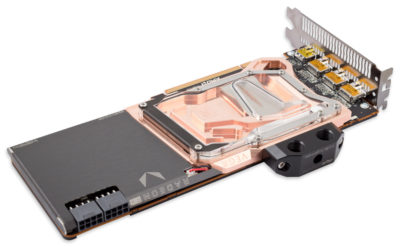 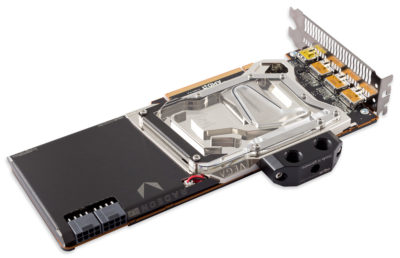 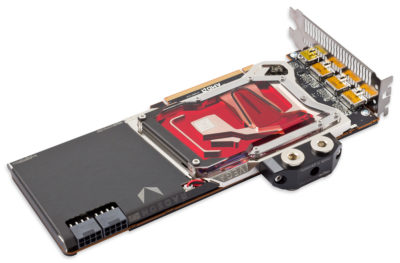 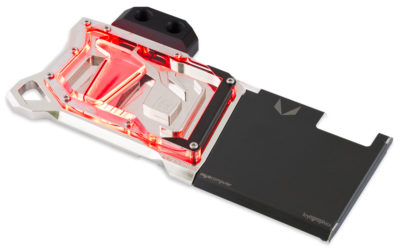