– Collaboration with HPE targets leadership HPC and AI processing performance starting in early 2023 —
– El Capitan is set to be the second all AMD CPU and GPU exascale system in the U.S., and is expected to be more powerful than today’s 200 fastest supercomputers combined — 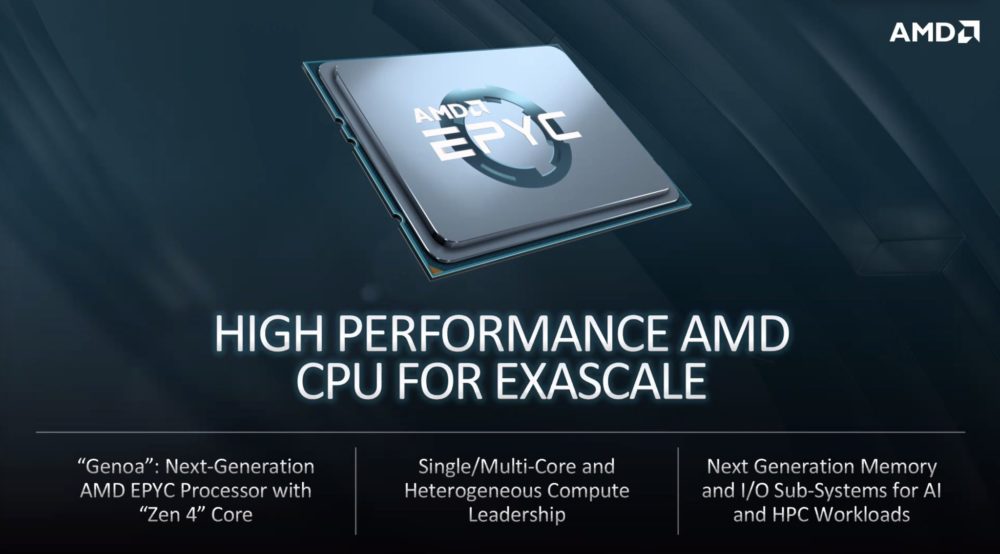 With delivery expected in early 2023, the El Capitan system is expected to be the world’s fastest supercomputer with more than 2 exaflops of double precision performance. This record setting performance will support National Nuclear Security Administration requirements for its primary mission of ensuring the safety, security and reliability of the nation’s nuclear stockpile.

The AMD based nodes will be optimized to accelerate artificial intelligence (AI) and machine learning (ML) workloads to potentially enable the expanded use of AI and ML into the research, computational techniques and analysis that benefits NNSA missions.

“El Capitan will drive unprecedented advancements in HPC and AI, powered by the next generation AMD EPYC CPUs and Radeon Instinct GPUs,” said Forrest Norrod, senior vice president and general manager, Datacenter and Embedded Systems Group, AMD. “Building on our strong foundation in high-performance computing and adding transformative coherency capabilities, AMD is enabling the NNSA Tri-Lab community—LLNL and the Los Alamos and Sandia national laboratories—to achieve their mission critical objectives and contribute new AI advancements to the industry. We are extremely proud to continue our exascale work with HPE and NNSA and look forward to the delivery of the most powerful supercomputer in the world expected in early 2023.”

AMD is applying its experience from the high-performance computing industry and advancing its existing CPU and GPU designs for El Capitan, enabling the system to be architected for maximum performance and ease of use.

“This unprecedented computing capability, powered by advanced CPU and GPU technology from AMD, will sustain America’s position on the global stage in high performance computing and provide an observable example of the commitment of the country to maintaining an unparalleled nuclear deterrent,” said LLNL Lab Director Bill Goldstein. “Today’s news provides a prime example of how government and industry can work together for the benefit of the entire nation.”

“We are pleased to partner with AMD to bring together HPE’s Cray Shasta architecture with latest AMD EPYC CPUs and Radeon Instinct GPUs and provide leadership technology in support of the mission critical HPC and AI workloads for Lawrence Livermore National Laboratory,” said Peter Ungaro, senior vice president and general manager, HPC and Mission Critical Solutions (MCS) at HPE. “In our three U.S. exascale wins this last year, which includes the U.S. Department of Energy’s Frontier at Oak Ridge National Laboratory, the HPE systems and technologies along with AMD processors and GPUs have become a unique solution for high-performance and exascale-class computing and we look forward to continuing our collaboration to further bolster innovation.”