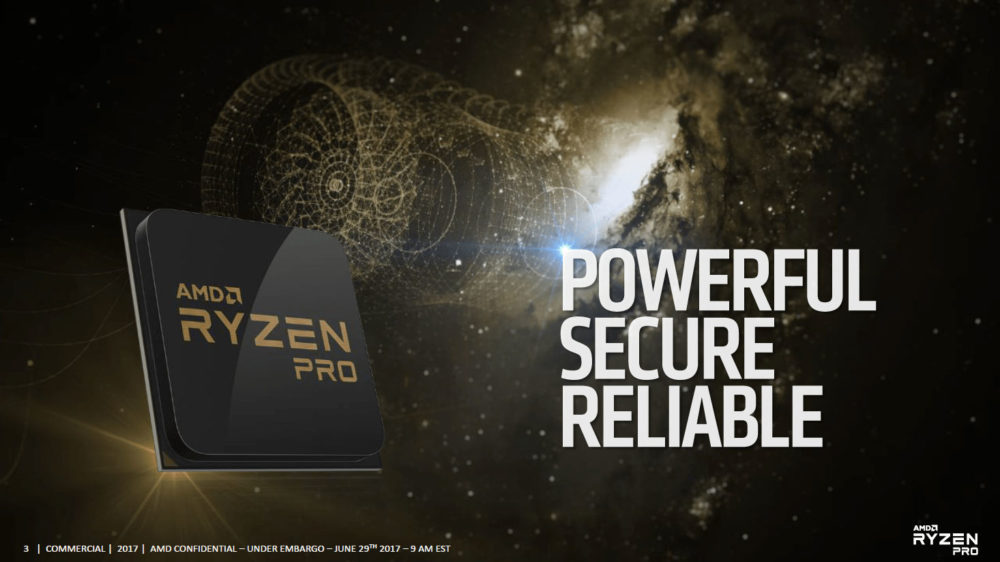 “Today marks another important step in our journey to bring innovation and excitement back to the PC industry: the launch of our Ryzen PRO desktop CPUs that will bring disruptive levels of performance to the premium commercial market,” said Jim Anderson, senior vice president and general manager, Computing and Graphics Group, AMD. “Offering a significant leap in generational performance, leadership multi-threaded performance, and the first-ever 8-core,16-thread CPU for commercial-grade PCs, Ryzen PRO provides a portfolio of technology choices that meet the evolving needs of businesses today and tomorrow.”

Delivering breakthrough responsiveness for the most demanding enterprise-class applications and multi-tasking workflows, the ‘Zen’ core in every Ryzen PRO processor provides up to 52 percent improvement in compute capability over the previous generation1, and the Ryzen™ 7 PRO 1700 offers up to 62 percent more multi-threaded performance than select competing solutions2. 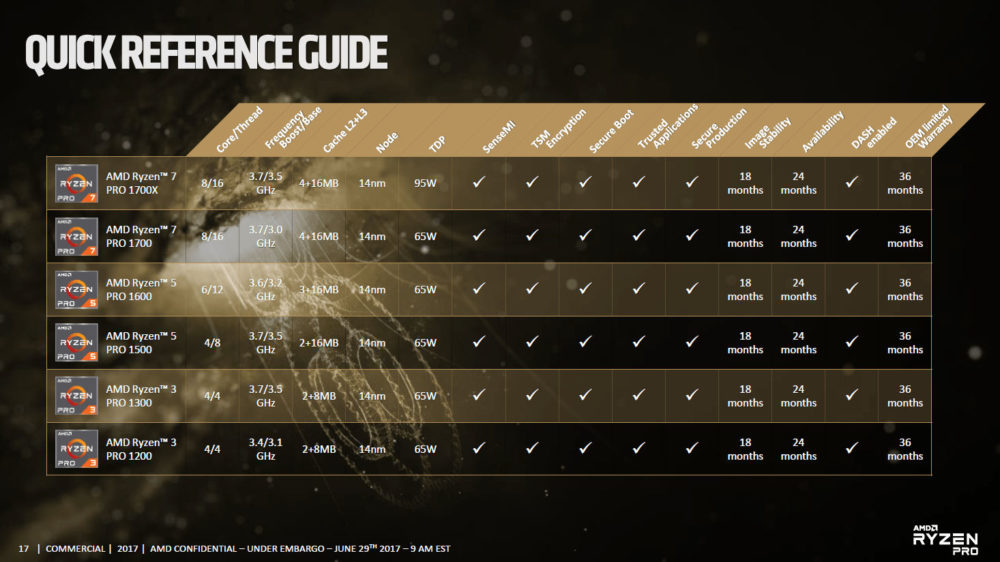 The world’s largest suppliers of commercial client desktops are expected to provide Ryzen PRO-based PCs to businesses worldwide in the second half of 2017. Ryzen PRO mobile is scheduled for the first half of 2018.

For more than 45 years, AMD has driven innovation in high-performance computing, graphics, and visualization technologies ― the building blocks for gaming, immersive platforms, and the datacenter. Hundreds of millions of consumers, leading Fortune 500 businesses, and cutting-edge scientific research facilities around the world rely on AMD technology daily to improve how they live, work, and play. AMD employees around the world are focused on building great products that push the boundaries of what is possible. For more information about how AMD is enabling today and inspiring tomorrow, visit the AMD (NASDAQ:AMD) website, blog, Facebook and Twitterpages. 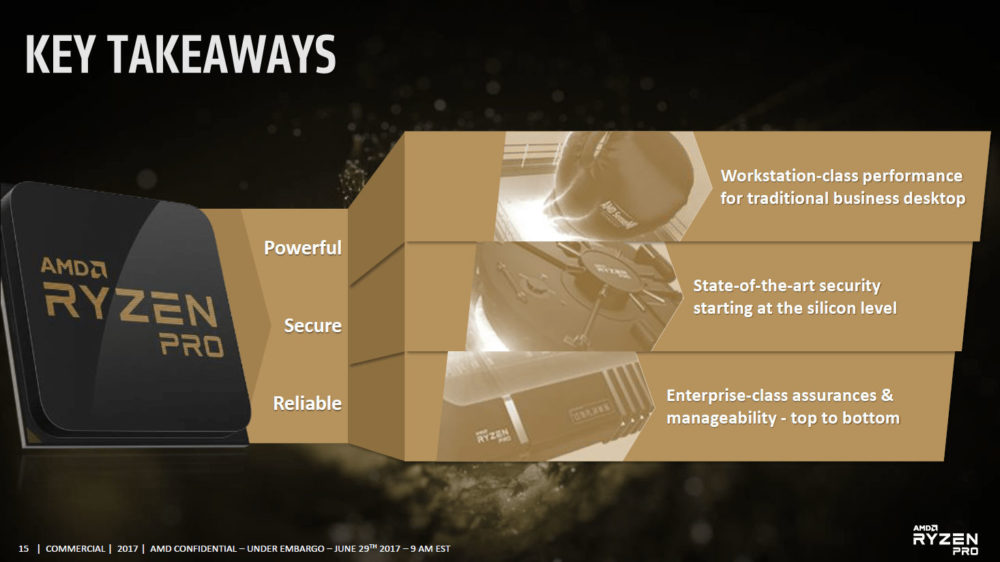 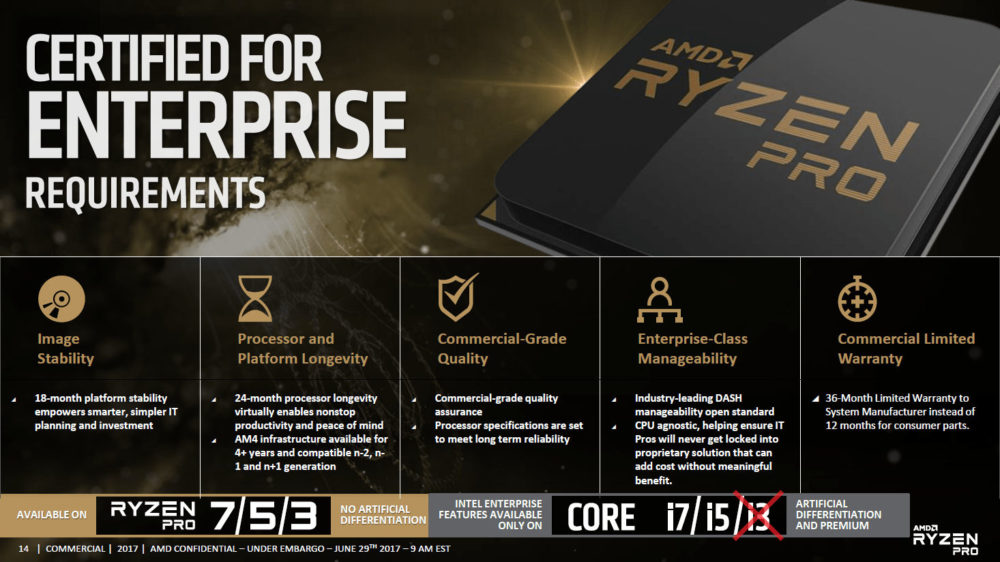 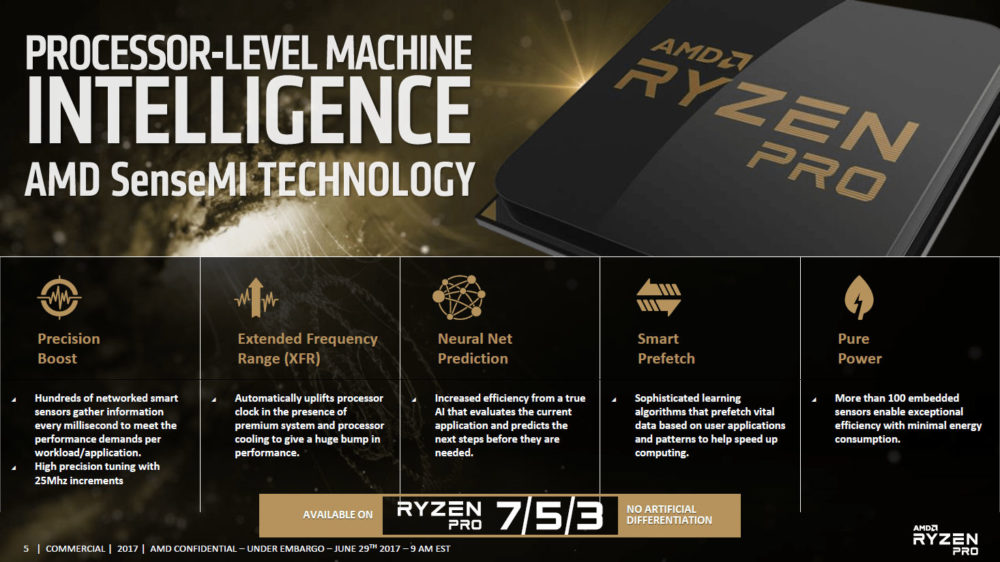 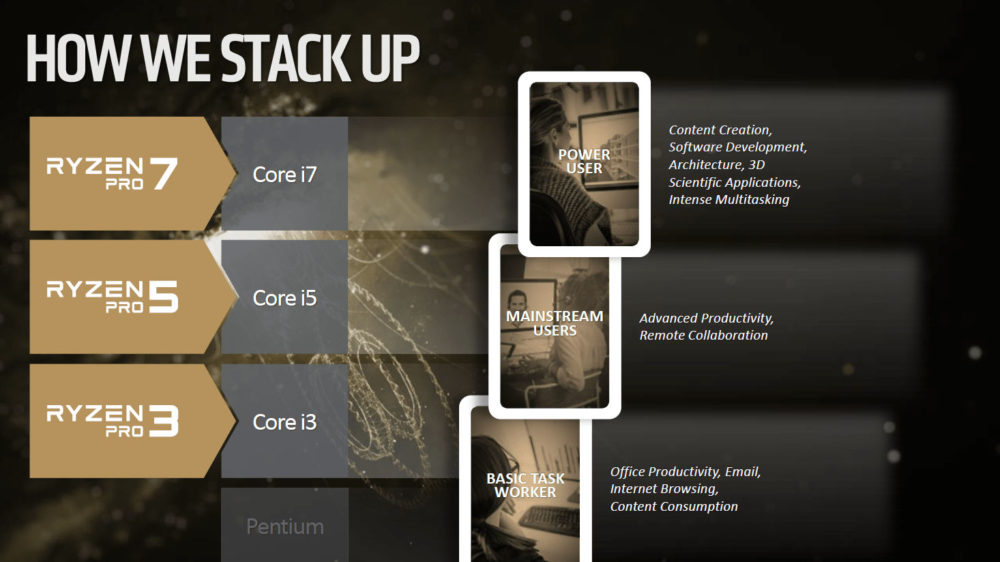 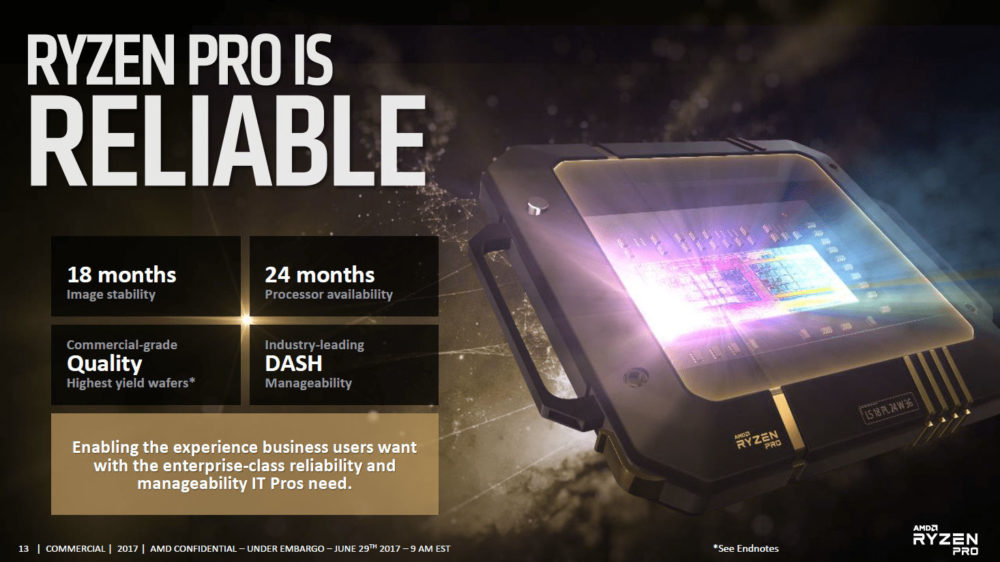 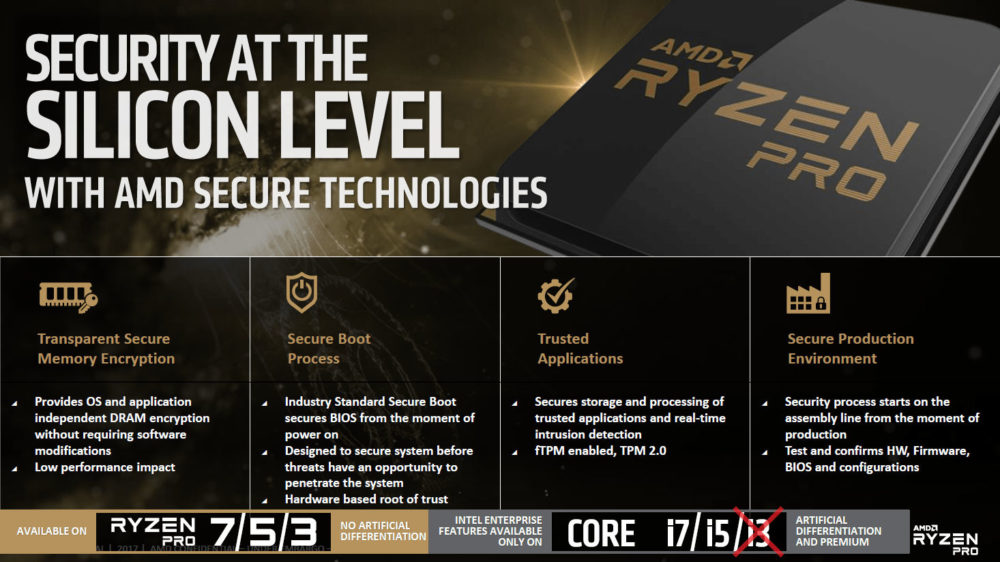 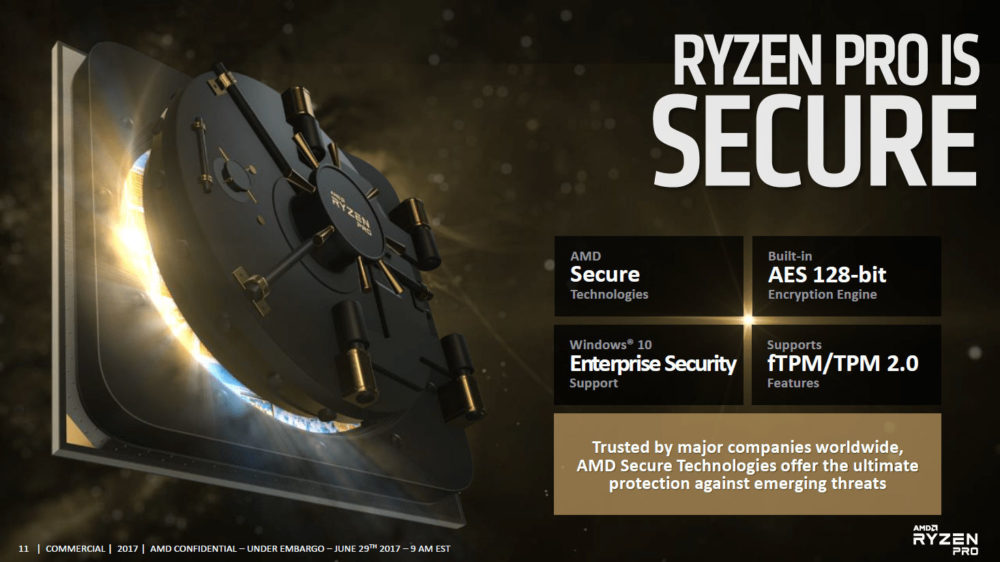 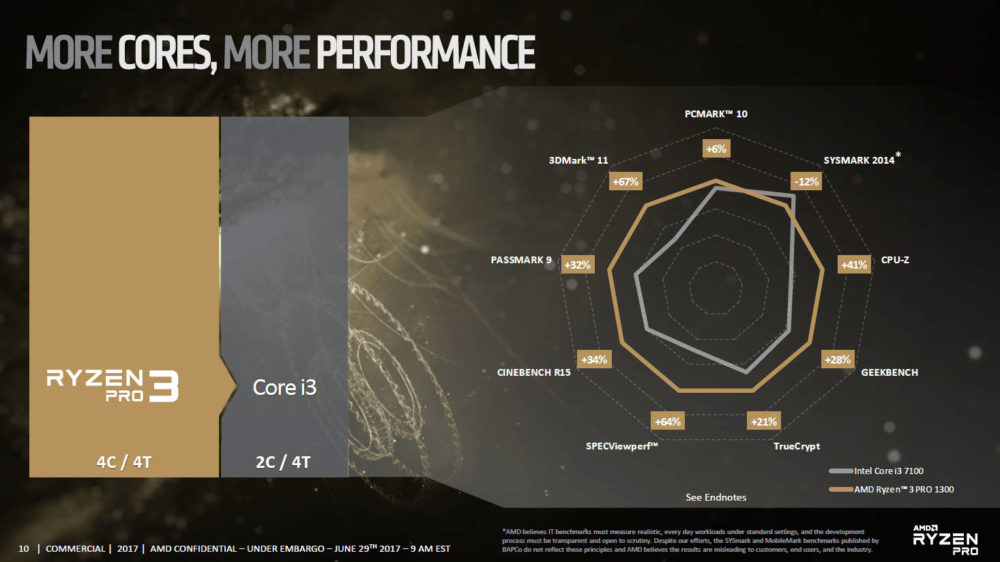 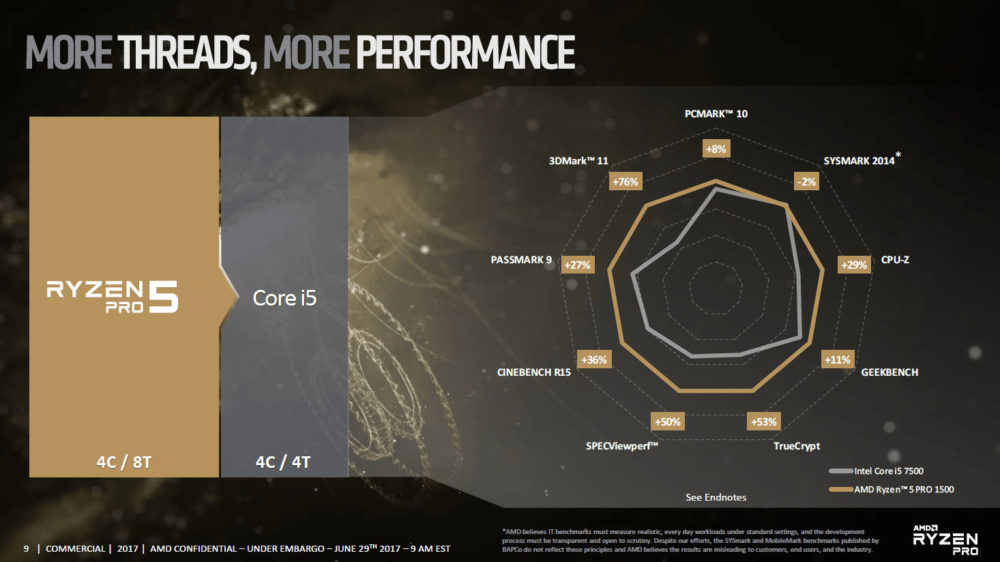 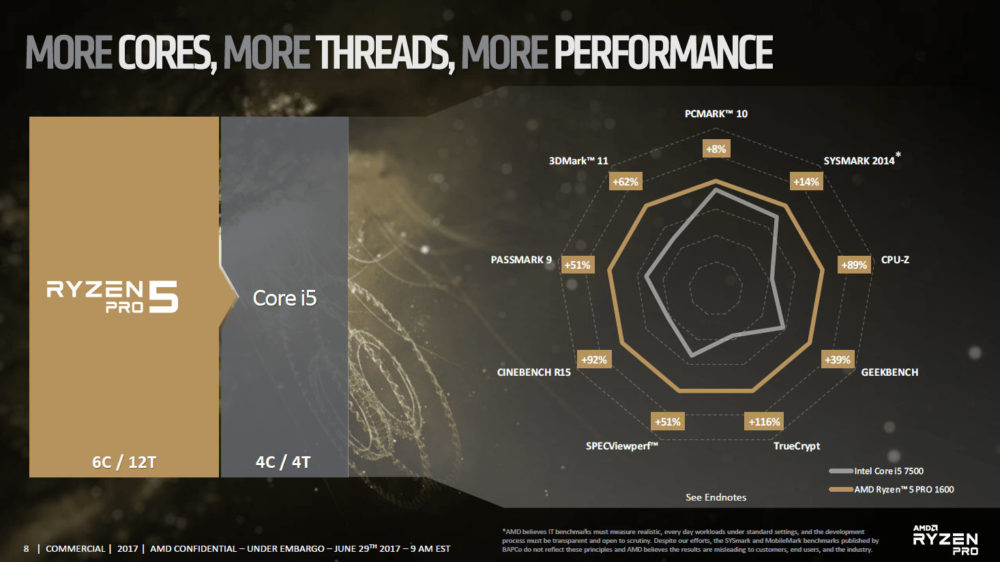 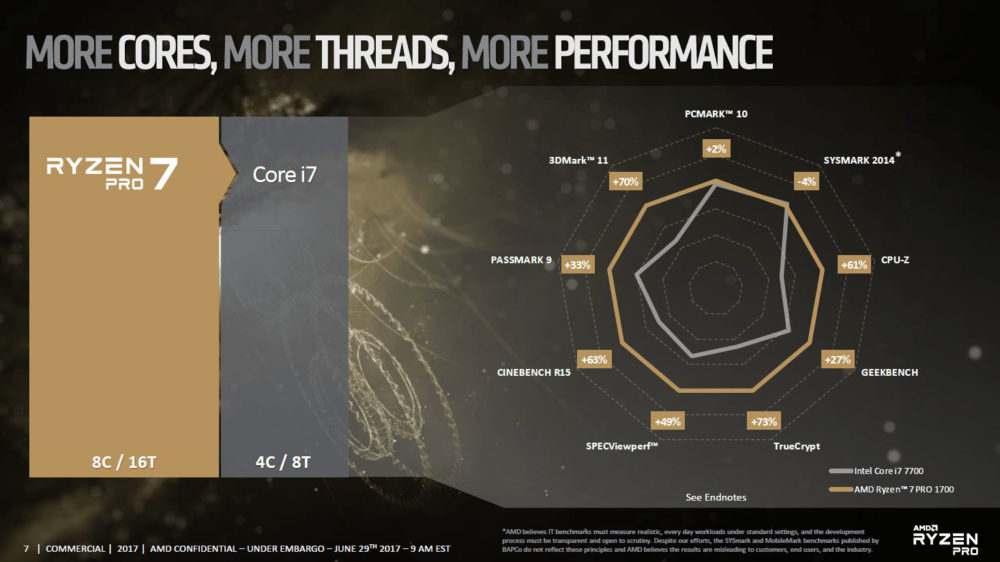