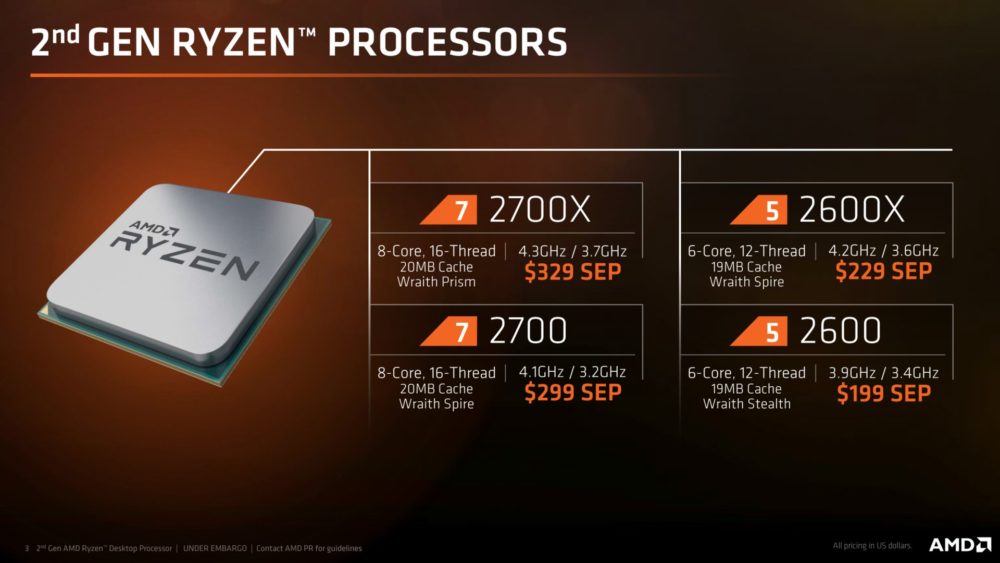 “Second generation Ryzen desktop processors take everything that made the original Ryzen so groundbreaking and makes it better – great performance combined with advanced technology to deliver an amazing experience for the most demanding users,” said Jim Anderson, senior vice president and general manager, Computing and Graphics Group, AMD.

All 2nd gen AMD Ryzen desktop processors are supported by the new AMD X470 chipset, the most advanced, optimized, and efficient chipset to-date for socket AM4. This chipset comes with a free download of the new AMD StoreMI storage acceleration technology to combine the speed of an SSD with the capacity of a hard drive into a single, fast, easy-to-manage drive.
Motherboards with the AMD X470 chipset will launch alongside the 2nd gen Ryzen desktop processors, with designs available from top manufacturers including ASRock, ASUS, Gigabyte, and MSI. Compatible with all current AM4 processors, the new X470 motherboards augment the existing 300-series motherboards, which are also compatible with the new 2nd gen Ryzen processors after a simple firmware (BIOS) update is installed. Many motherboards in market are already coming with the updated BIOS, indicated by a “Ryzen Desktop 2000 Ready” label on the package.

For customers eagerly waiting for 2nd gen Ryzen desktop processors, etailers around the world are primed to begin taking pre-orders beginning April 13, at 9 a.m. EDT. On-shelf availability for these 2nd generation AMD Ryzen Desktop Processors is expected on April 19, and complete list of participating retailers can be found on AMD.com. 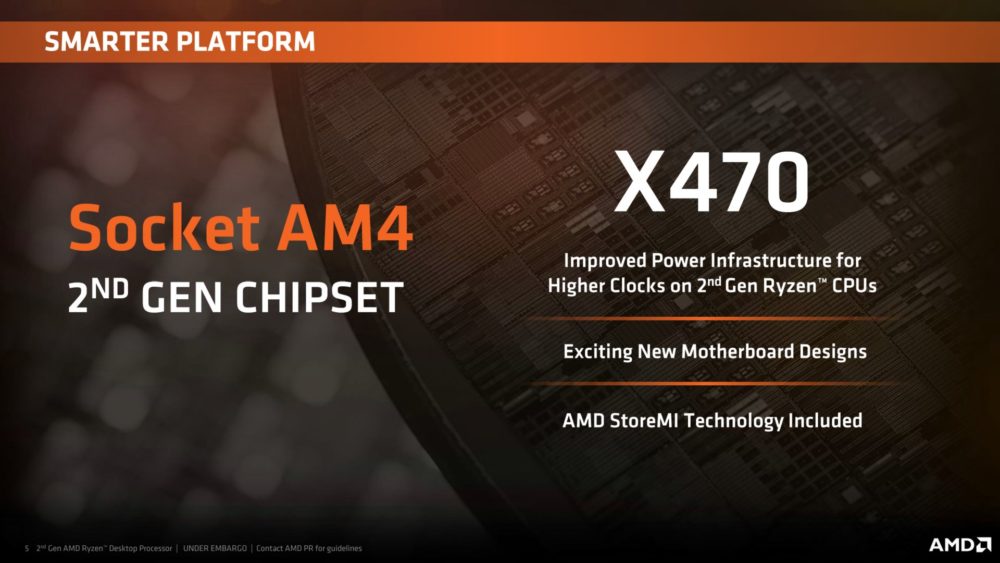 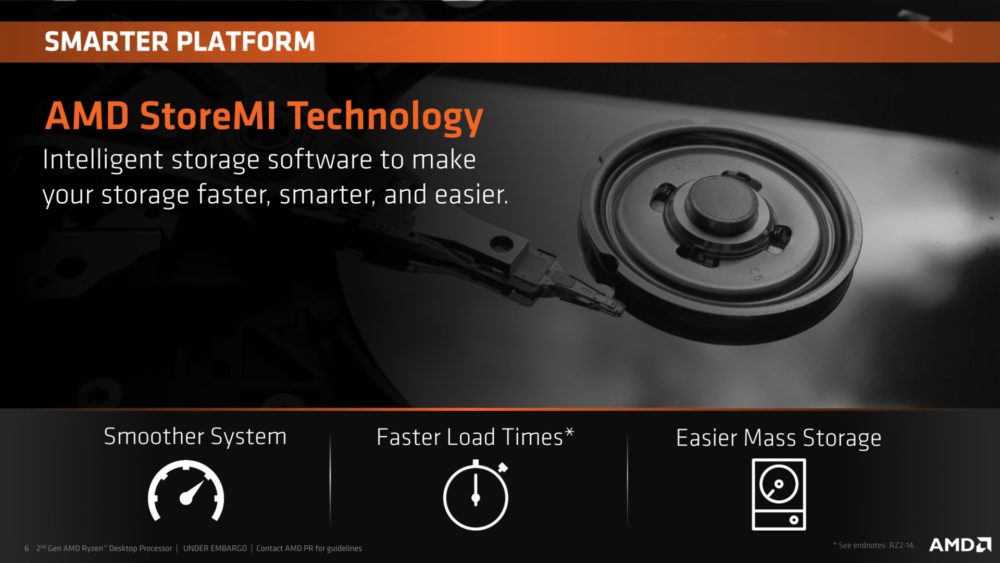