“AMD is bringing high-performance AAA gaming experience to the cloud with the introduction of the AMD Radeon PRO V620,” said Jeff Connell, corporate vice president, Visual and Cloud Gaming, AMD. “We’re seeing adoption of gaming in the cloud from customers around the world, taking advantage of the latest virtualization features delivering efficient and low latency content streaming to multiple simultaneous users. AMD Radeon PRO V620 is yet another proof point of AMD’s excellence in gaming – from the PC to the console and now to the cloud.” 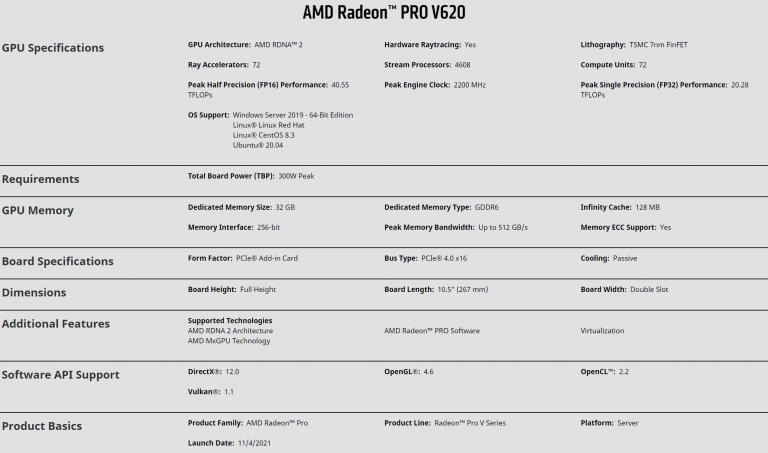