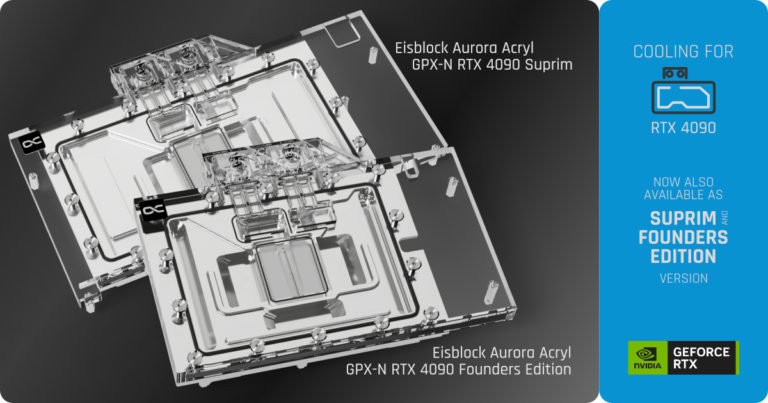 In order to dissipate the enormous waste heat of this graphics card generation as effectively as possible, numerous optimizations have been made to the water cooler compared to the previous models. The fin structure has been adapted and allows a very effective water flow while simultaneously increasing the cooling surface. The modified jet plate with improved inflow engine ensures optimum distribution of the water on the cooling fins. The fully chrome-plated copper base is resistant to acids, scratches and damage. Additionally, the chrome plating provides homogeneity and shine that cannot be achieved by nickel plating. 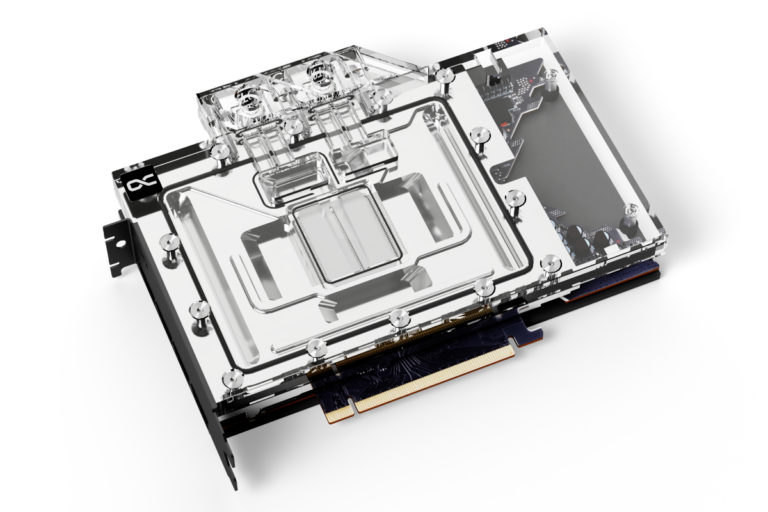 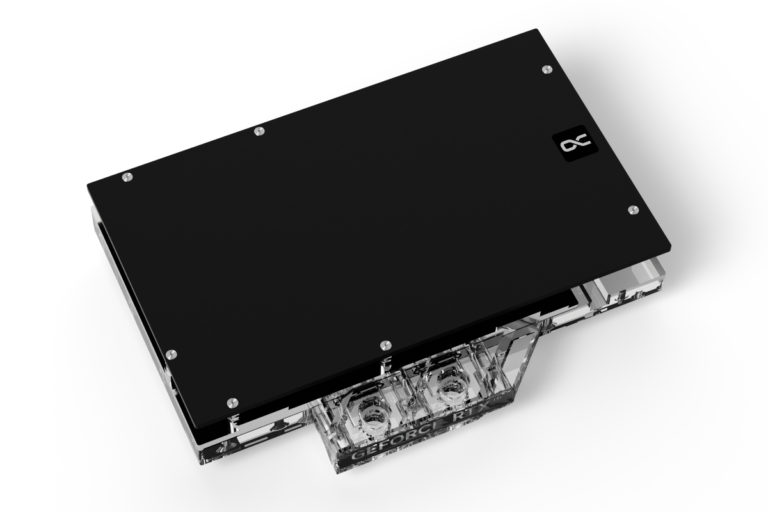 The Aurora design of the Geforce RTX 40XX Eisblock Generation is visually quieter and sleeker because only one O-ring runs around the entire cooler. Also, the design around the cooling fins and jetplate makes for a cleaner look. The illumination from the 12 digitally addressable RGB LEDs is even better distributed throughout the cooler thanks to the chrome plating. 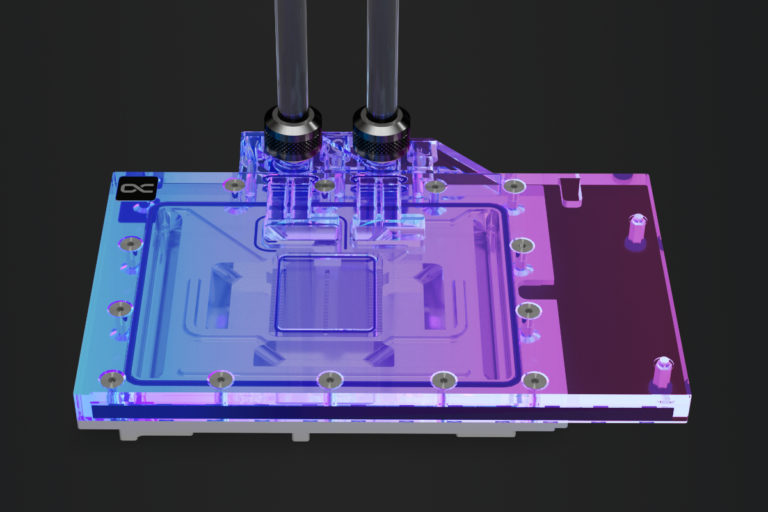 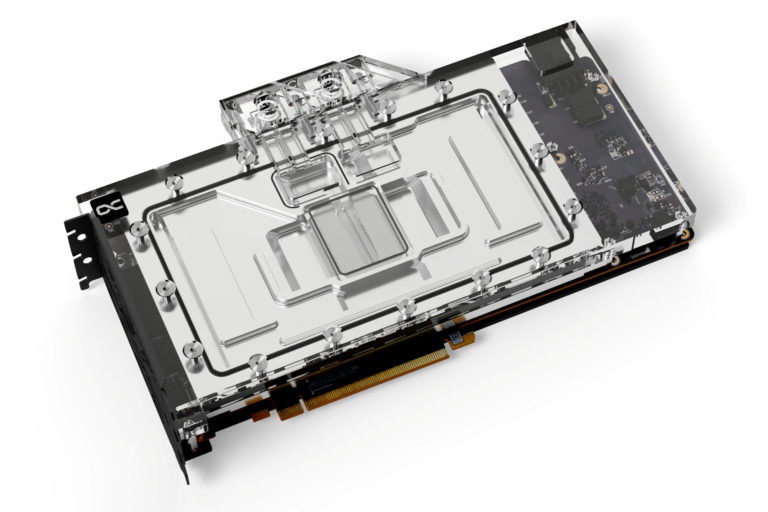 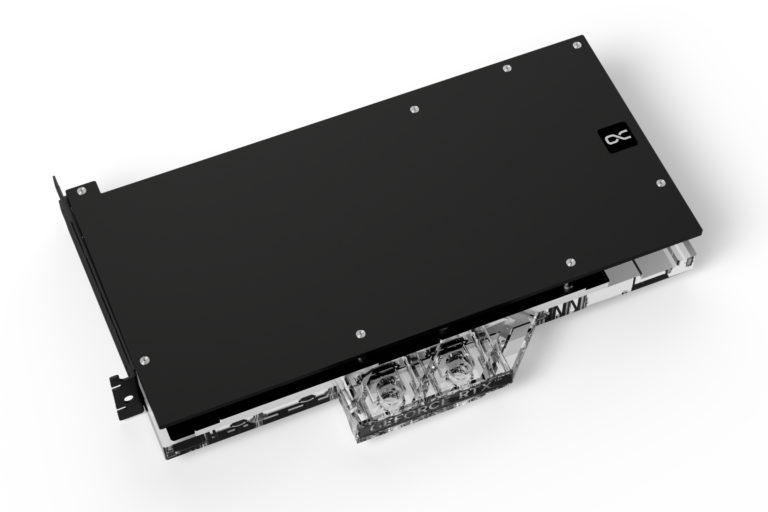