Today, Alphacool presents several new coolers that are ready to pre-order for Geforce RTX 3080 and 3090 cards. Delivery will begin at the end of October. These include coolers for the Asus Strix and TUF series and coolers for the MSI Gaming X Trio series. The new coolers cover all important components like voltage converter, graphics memory and of course the GPU. Also any other important areas that tend to get hot are also cooled via liquid. To ensure the best possible heat transfer, Alphacool uses special 1 mm thick Ultra Soft thermal pads for all surrounding components, which snuggle particularly well to the components. The incredibly soft consistency of the Ultra Soft thermal pads behaves similar to a thermal paste after heating. Due to this perfect coating, the heat transfer is much better than with standard thermal pads. 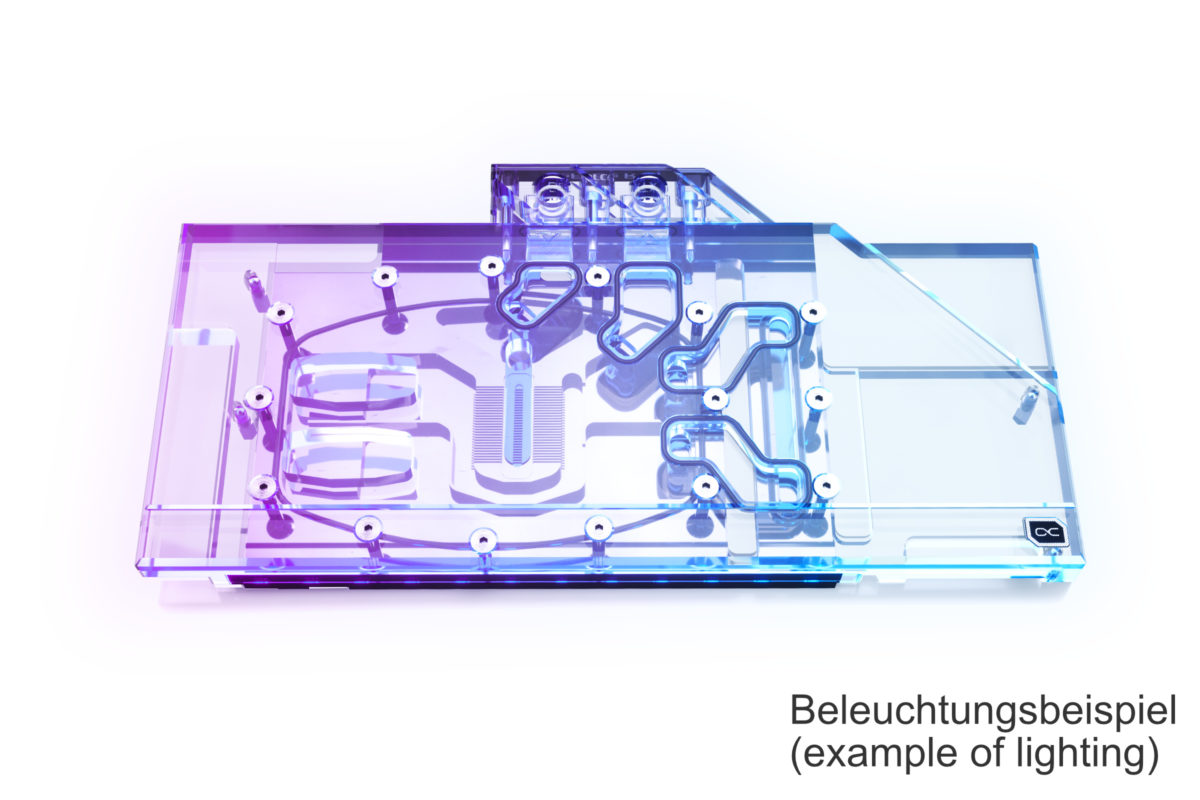 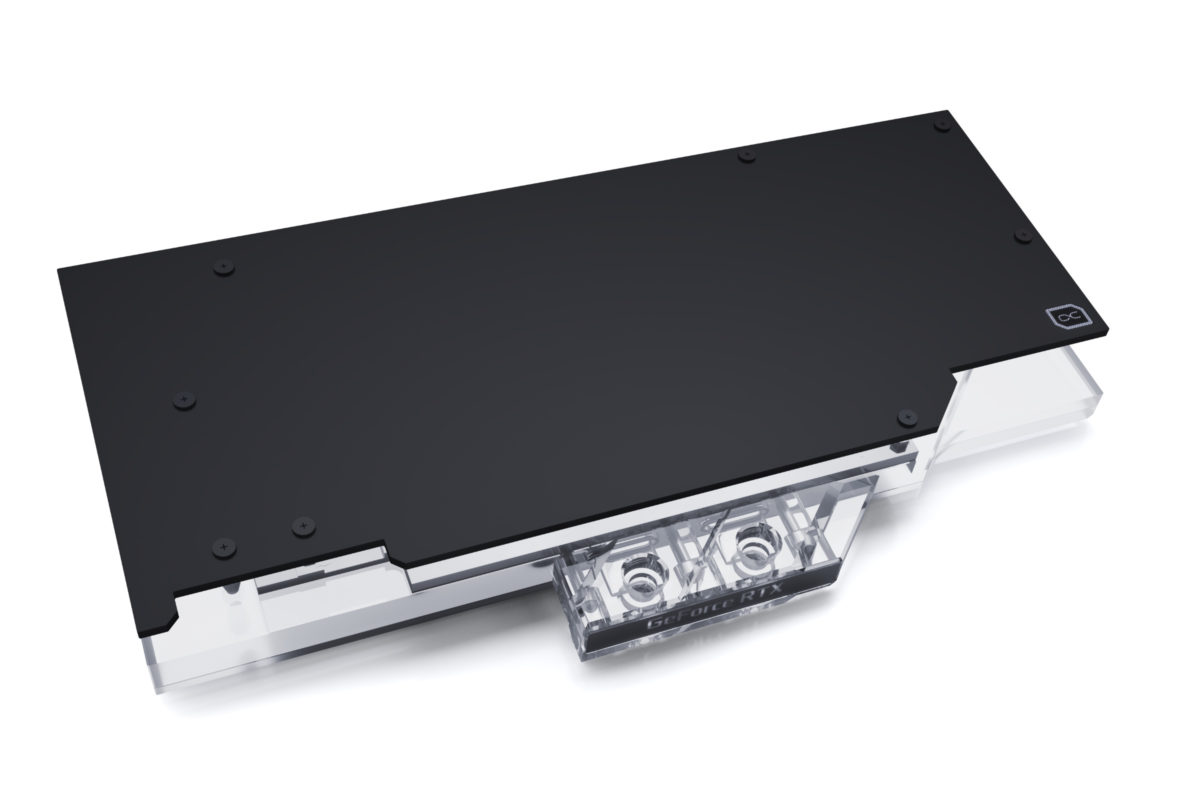 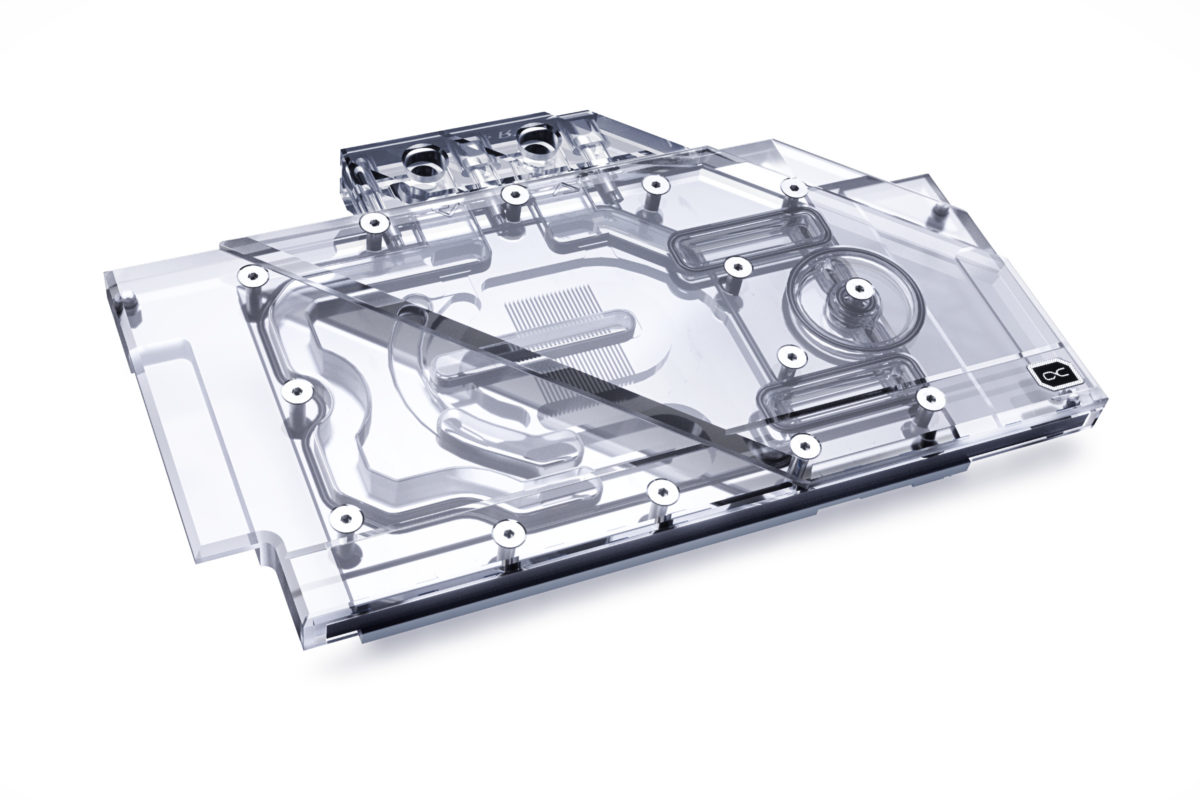 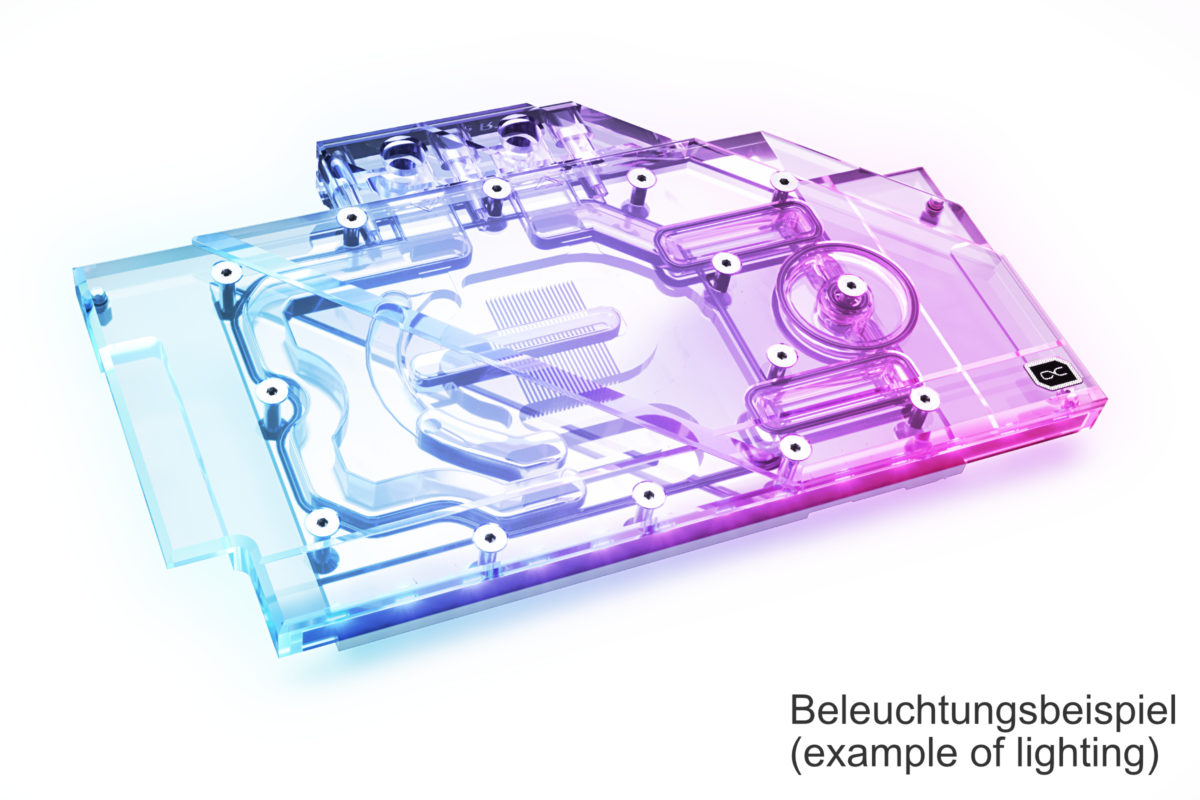 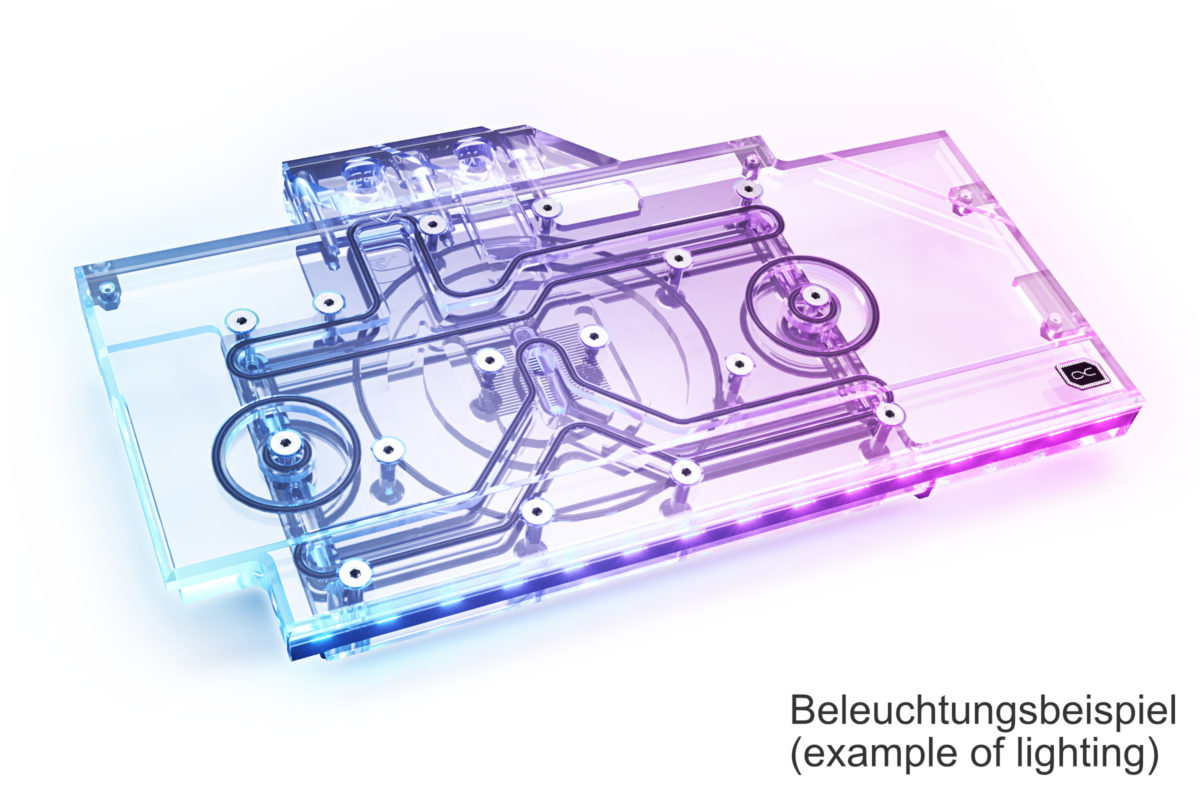 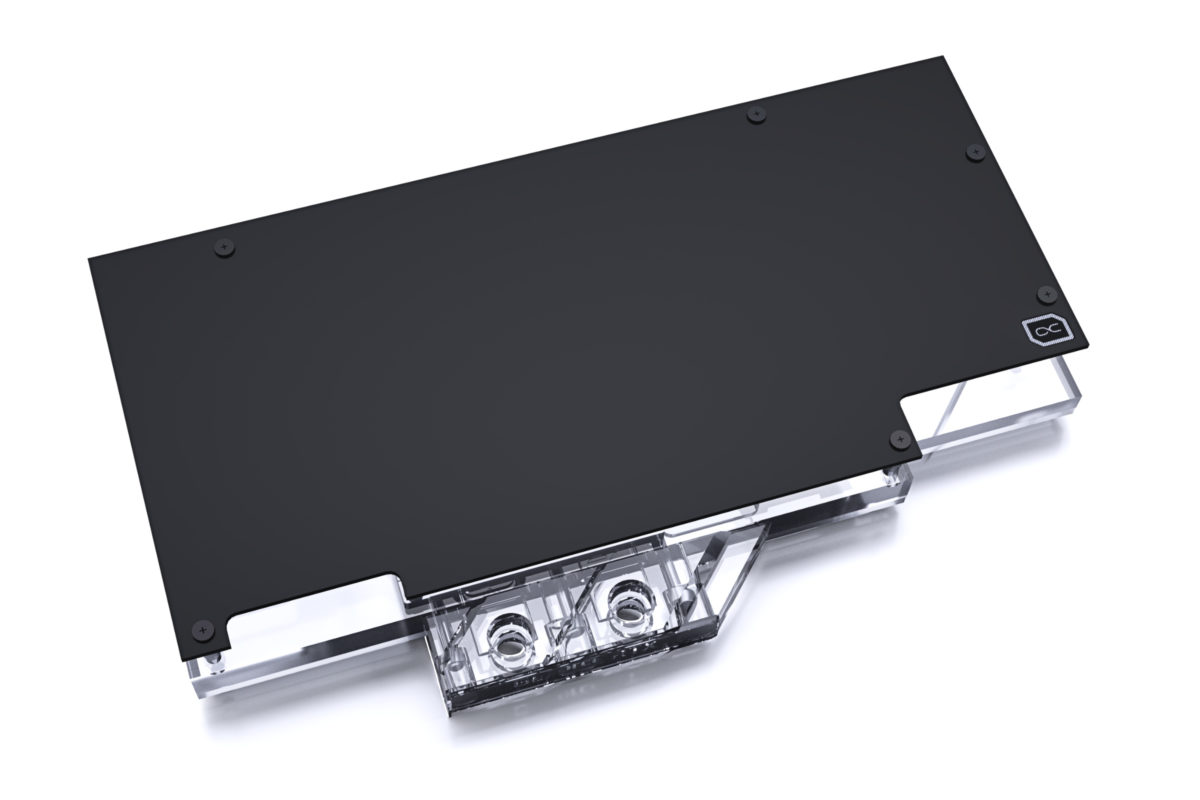 In addition to the new coolers, the compatibility list of the already available Alphacool Eisblock Aurora cooler for the Reference cards has now been extended to include the EVGA models. The PCB corresponds to the Reference Design, but in a significantly extended version. Therefore, the cooler does not cover the entire PCB, about 3.5 cm of the PCB remain uncovered. However, there are no components that require passive or active cooling in this area. A corresponding picture of which part of the graphics card is not covered can be seen here: 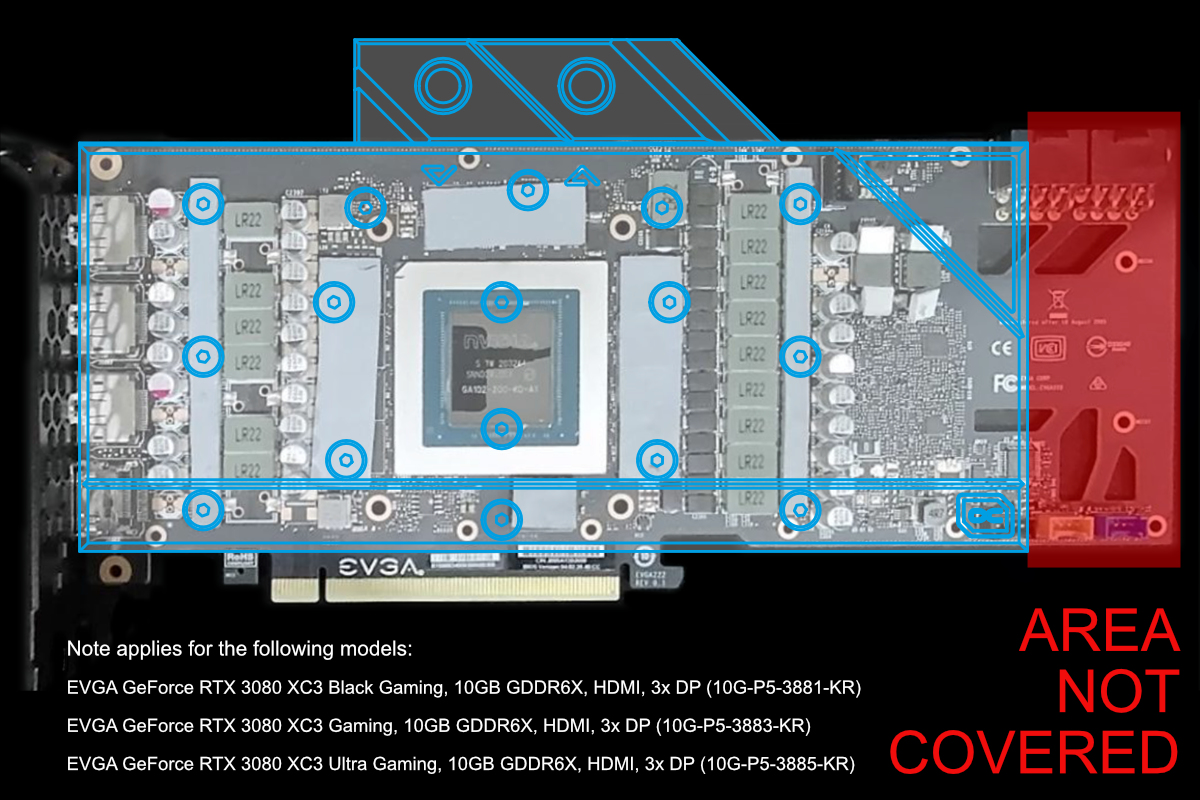 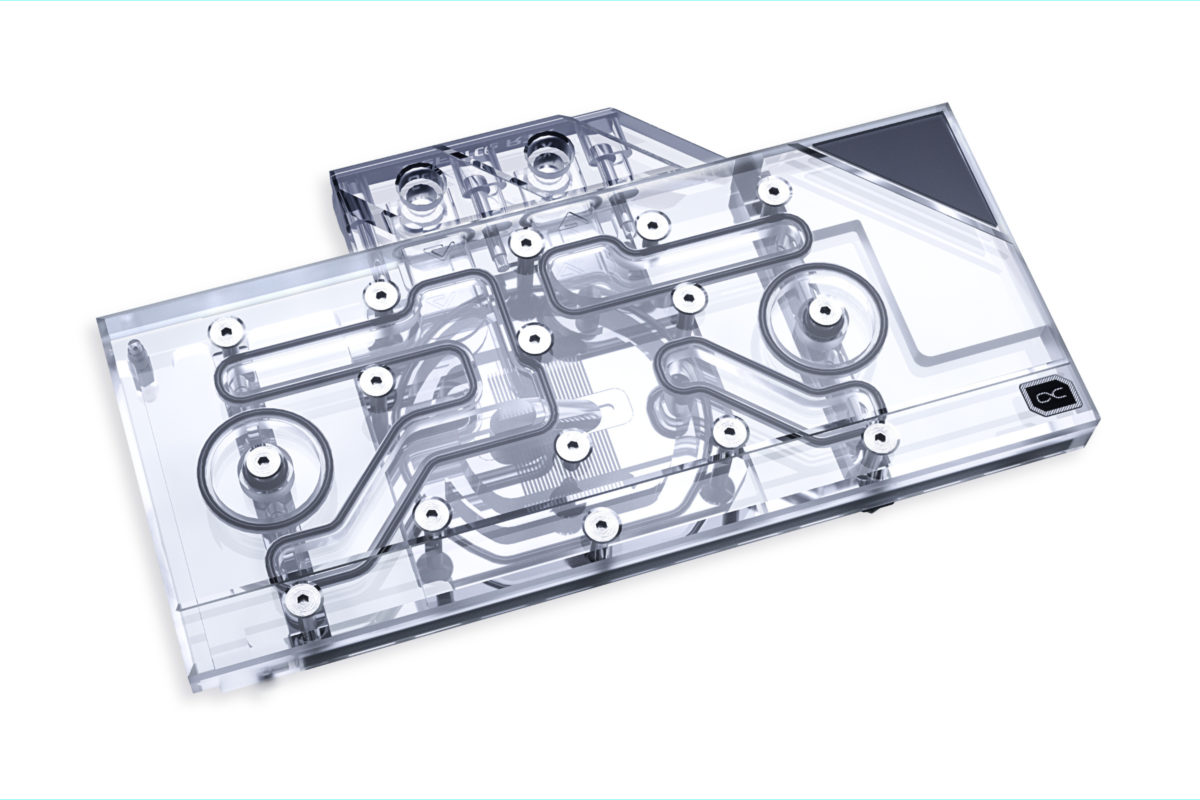 Alphacool is currently working on several other cooler models which will soon be released for pre-order. These include the following models: