Today, Alphacool presents its latest RTX 3080/3090 GPU cooling block for the MSI GeForce RTX 3080/3090 Ventus 3X to pre-order. Delivery is expected to start at the end of October. This cooler covers all the necessary components that require cooling. This includes the voltage converters, graphics memory and of course the GPU. 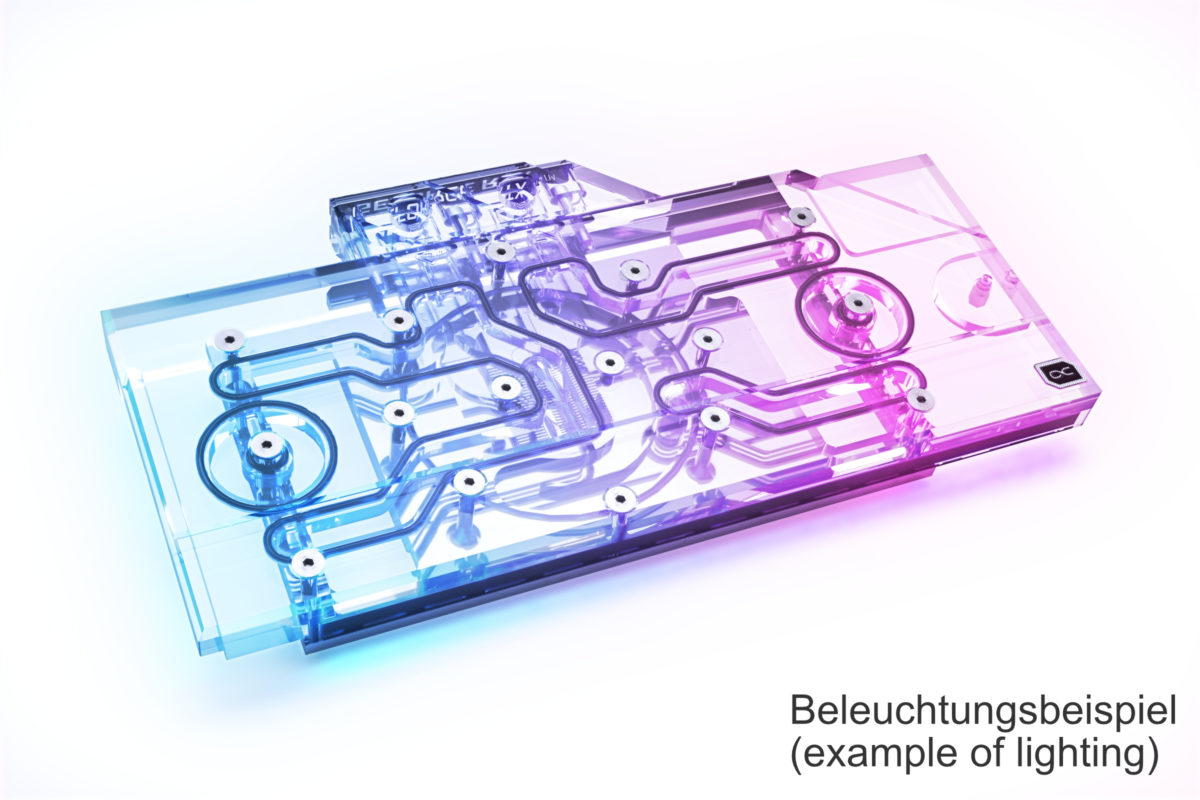 All known hotspots of the graphics cards are completely cooled with water. Alphacool includes special 1 mm thick Ultra Soft thermal pads with this GPU cooler. As the name suggests, these are very soft and nestle perfectly to the components to be cooled. When the thermal pads heat up, the consistency and behavior is more like a thermal paste than a thermal pad. This of course has a positive effect on heat dissipation and is thermally far superior to standard thermal pads.
The Alphacool Eisblock Aurora Plexi GPX-N RTX 3090/3080 Ventus comes with a suitable backplate. This does not have to be purchased separately.
Like all Eisblock Aurora coolers, these models offer a comprehensive Digital RGB, sometimes better known as aRGB, illumination. 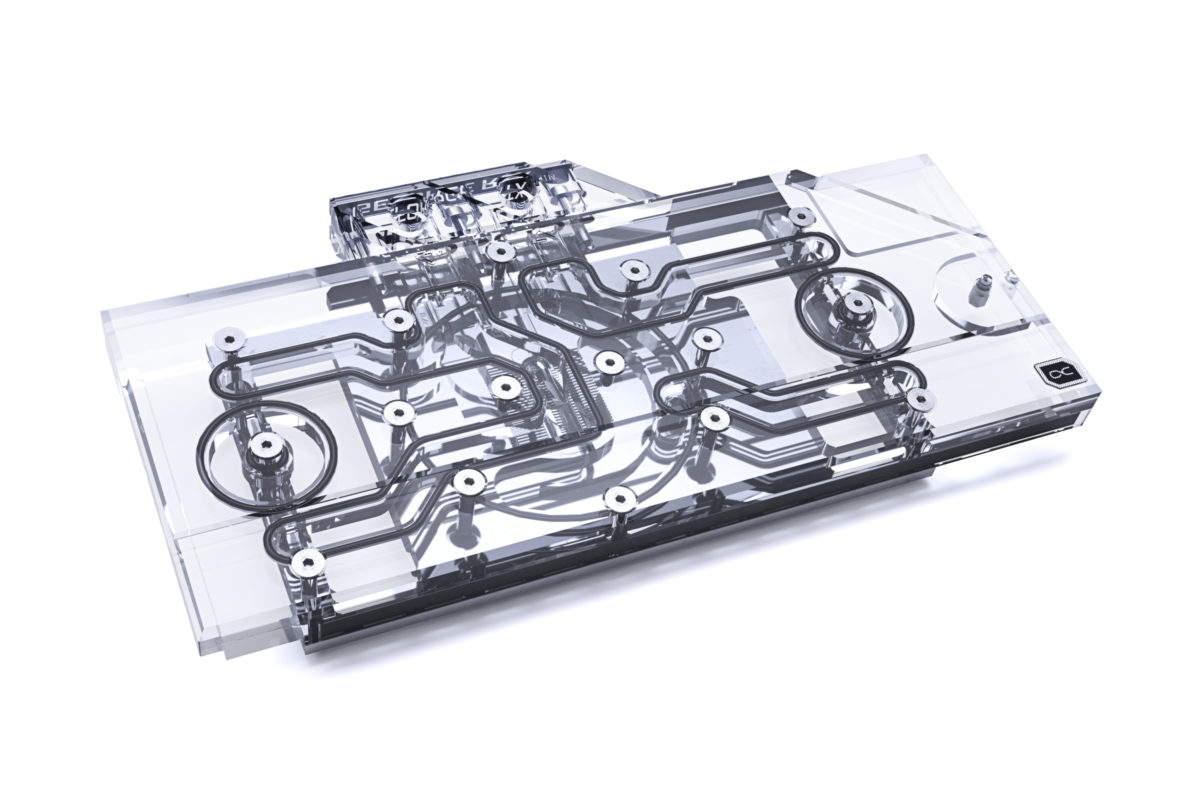 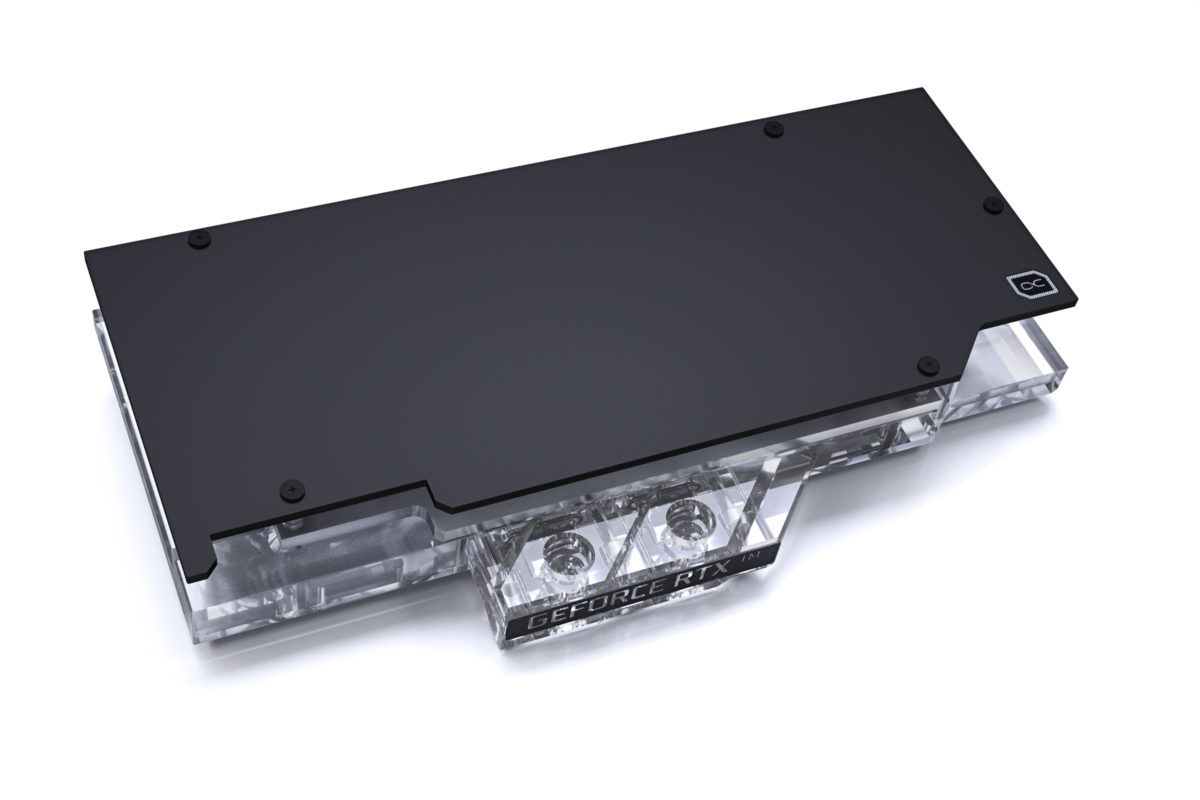