The blocks offer outstanding cooling performance thanks to the full cover design. The new backplate, which is included with the coolers, also contributes to this. This stabilizes the graphics card and ensures an even contact pressure of the cooler. The cold plates are made of solid nickel-plated copper. The coolers cover all relevant components such as voltage converters and the graphics memory. 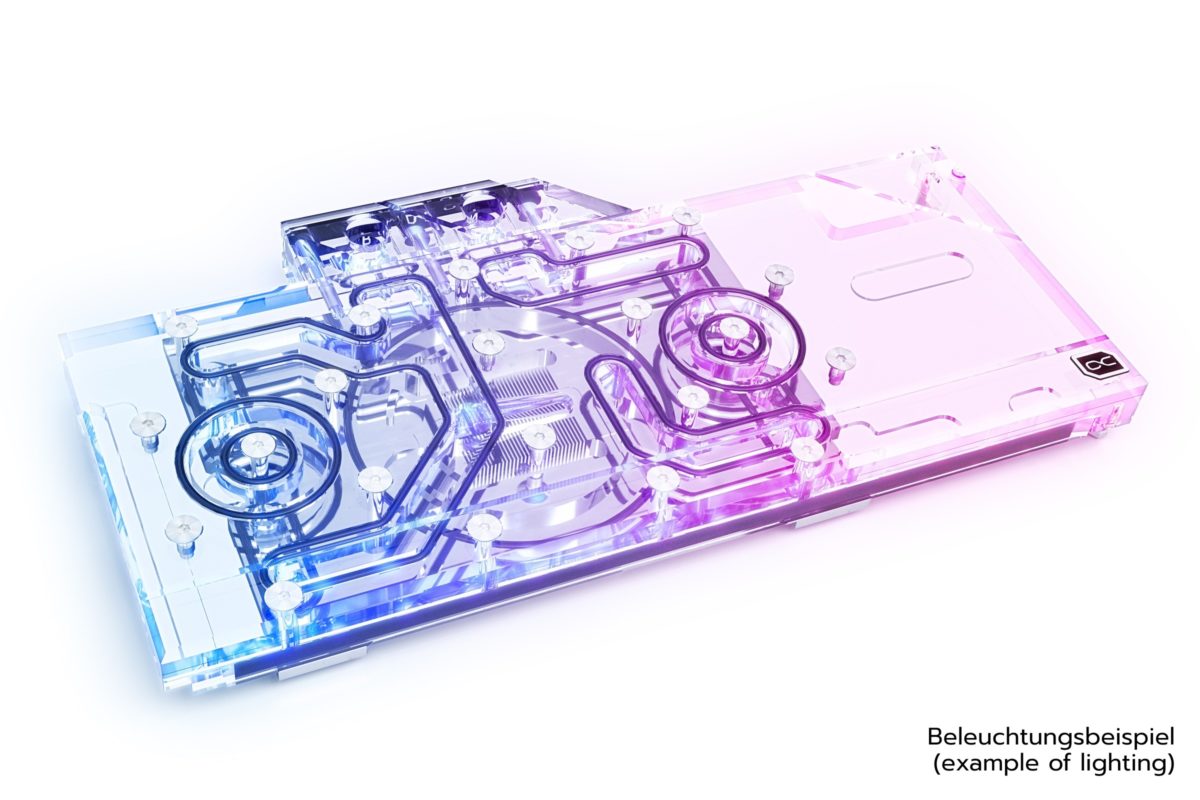 During the development of the EIsblock Aurora RADEON RX 6800/XT graphic card GPU block, we wanted to further increase the performance. The first step was to move the cooler closer to the individual components by reducing the thermal pads to a thickness of 1 mm. Next, we reduced the thickness of the nickel-plated copper block. Instead of 7 mm, it is now only 5.5 mm thick. The water flow inside the cooler has also been optimized. All important components such as the voltage transformers and the memory are now significantly better and more effectively cooled by the water. All this ensures a significant increase in cooling performance.

The Eisblock Aurora RADEON RX 6800/XT cooler has been designed so that lighting is more important than the previous models. The addressable digital RGB LEDs are embedded directly into the cooling block and run along the entire cooling block. The effect is an illumination of the entire cooling block. No corner or edge remains unlit by the aRGB LEDs. The new design is more angular with all edges bevelled. This promotes better light diffusion in the water cooler due to the reflections on these bevels. In addition, they create various contours, which give the Aurora RADEON RX 6800/XT Eisblock cooler its very own unique identity. 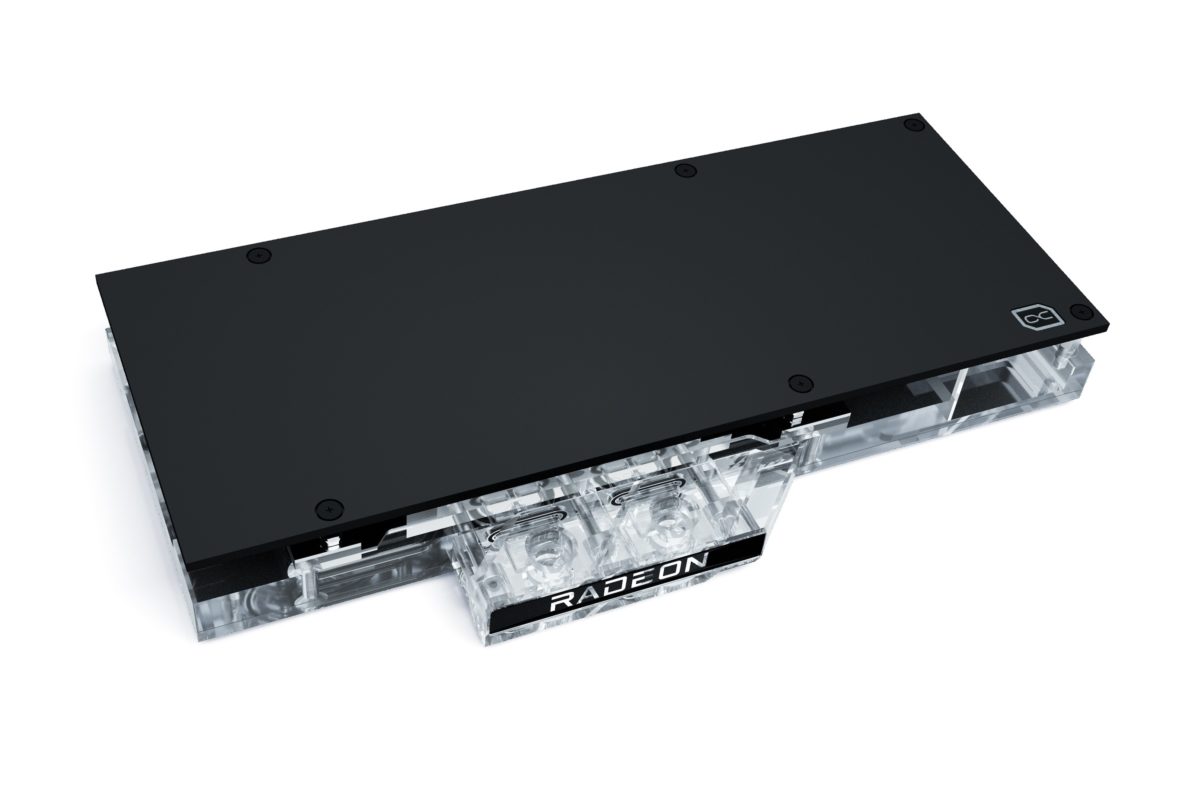 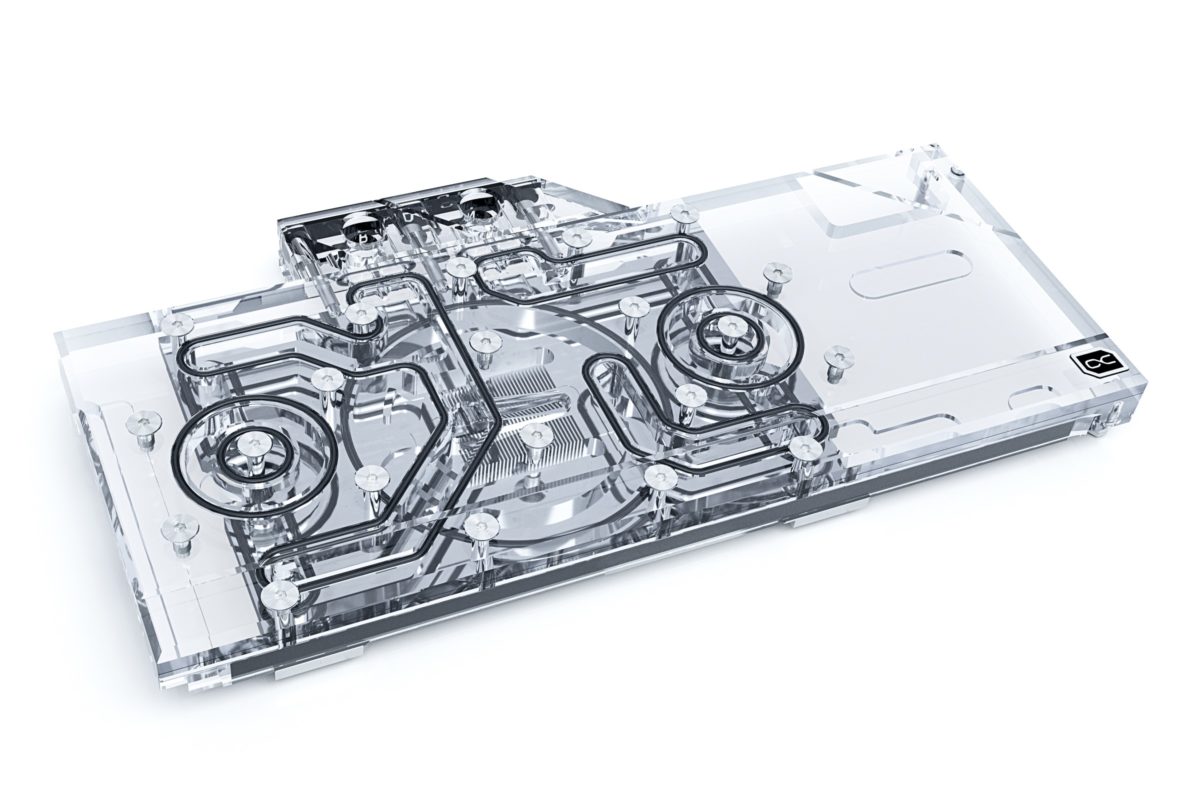 Of course, Alphacool only uses copper for its water coolers. With the Aurora RADEON RX 6800/XT Eisblock, the copper is nickel-plated. Compared to its predecessor models, Alphacool has improved the nickel plating even further, which has considerably increased the acid resistance. This means that the nickel should resist flaking. Why does Alphacool rely on copper instead of aluminium? Simply, copper has almost twice the thermal conductivity of aluminium and is therefore clearly the better material for water cooling.

Is There Anything Else New?

The Eisblock Aurora RADEON RX 6800/XT also relies on the new patented stop fittings, which sit flush with the surface of the terminal. The Alphacool logo now sits in the corner on the top and is also fully illuminated. On the front of the terminal you can see the corresponding names of the compatible graphic card types. Of course, these are also fully illuminated by the digital LEDs. IN and OUT are now marked by small triangles. They are easily recognizable and fit perfectly into the entire aesthetics of the graphic card water cooler.

The Alphacool Aurora RADEON RX 6800/XT Acryl is a complete redevelopment of the previous Alphacool graphics card water coolers. No technical compromises were made, but the entire technical know-how flowed into the development and implementation.