ZOTAC has confirmed that the white model is in fact RTX 2060 SUPER.

Is ZOTAC the first manufacturer to showcase its next-generation GeForce graphics cards? 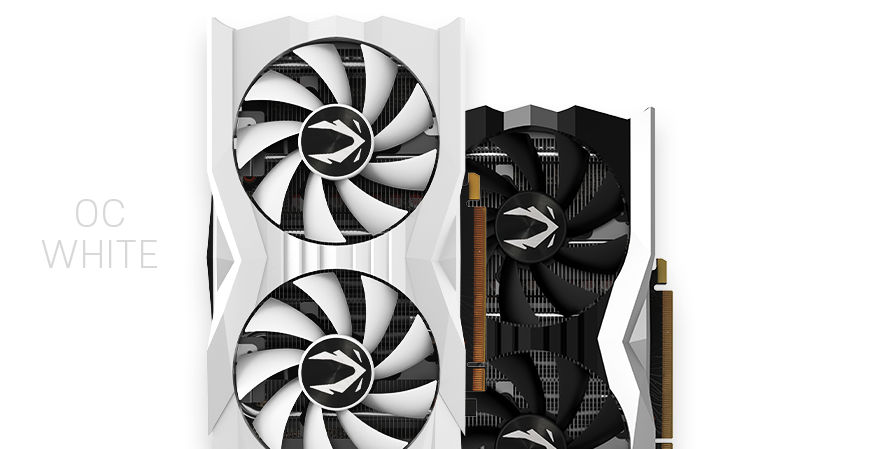 ZOTAC is planning to introduce a new model called OC White. The black and white-theme appears to be gaining popularity among GPU manufacturers and we are seeing a lot more cards featuring this color scheme.

The teaser shows at least two models. The OC White appears to be a dual fan design. The other SKU has not been named, but based on our quick inspection this is either the same SKU we already have in RTX 20 series or something that features the same cooler design. We are talking about RTX 2060 SUPER Mini here.

Of course, there is a possibility that the OC White is based on Turing architecture, although it would seem really strange considering that most Turing GPUs are no longer manufactured.

NVIDIA is set to announce its Ampere gaming cards on September 1st.