A manufacturer recently showcased four PGF custom cards based on each of the GeForce RTX 30 models released so far.

The card is equipped with three 8-pin power connectors and the card has a 20W higher default TDP of 370W. The card features a triple-fan cooler design measuring 30.9 x 13.6 cm. The RTX 3090 PGF is a triple-slot design with a black and translucent shroud illuminated by ARGB lighting. 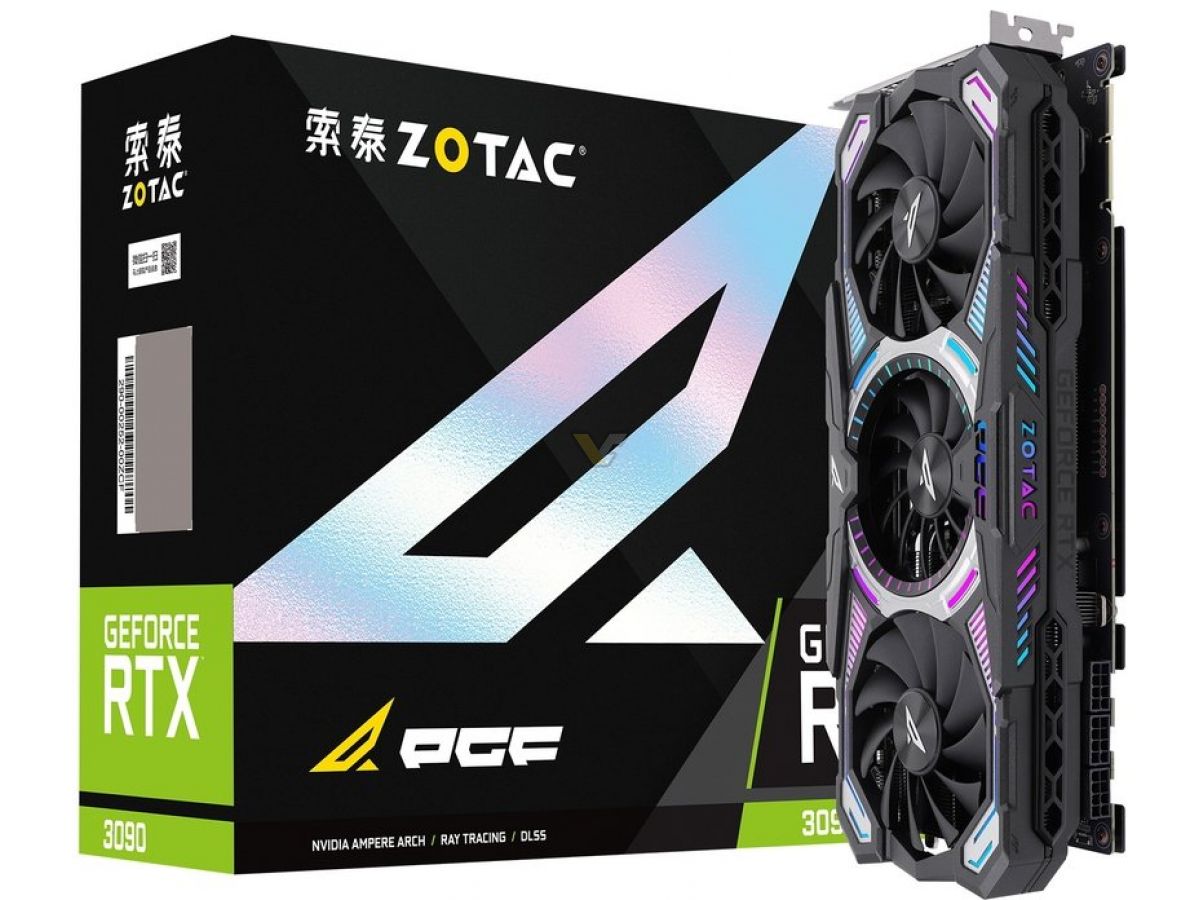 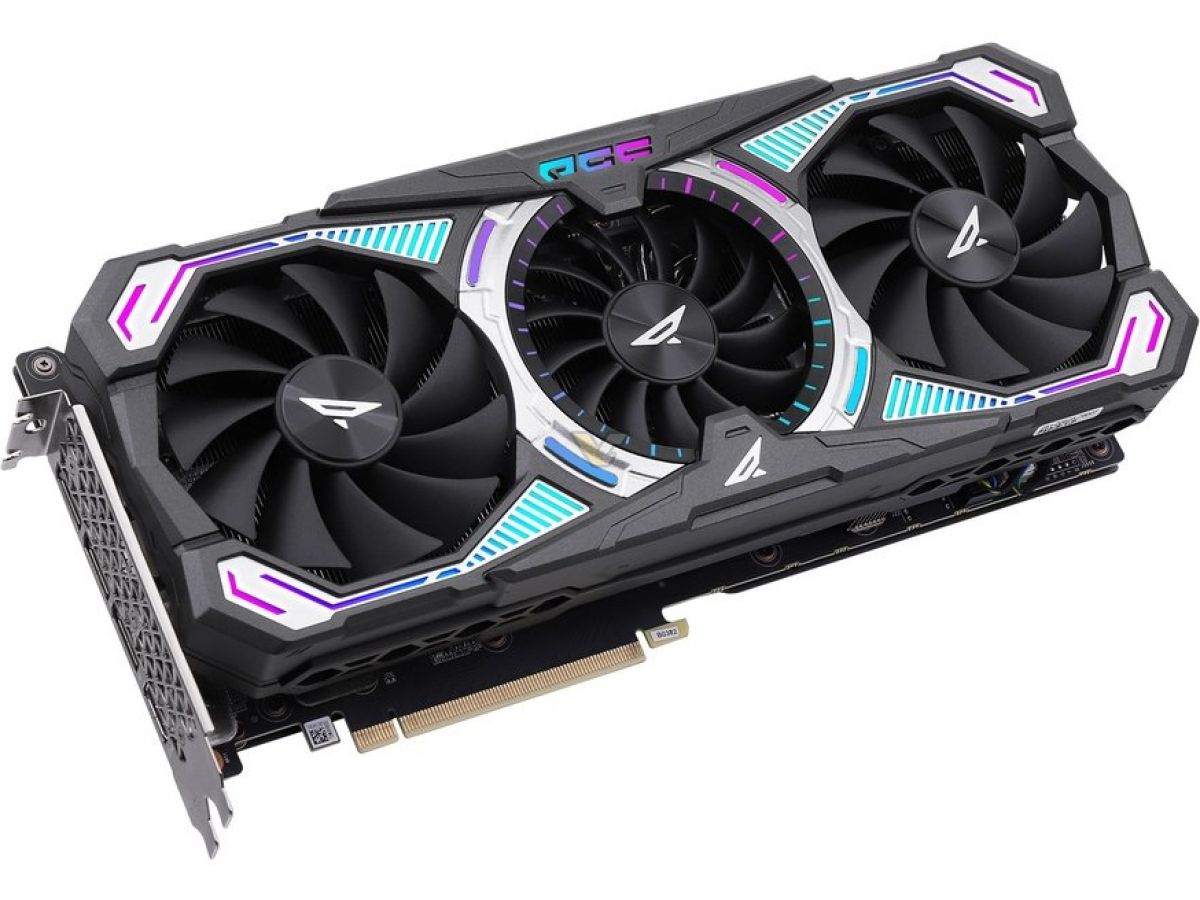 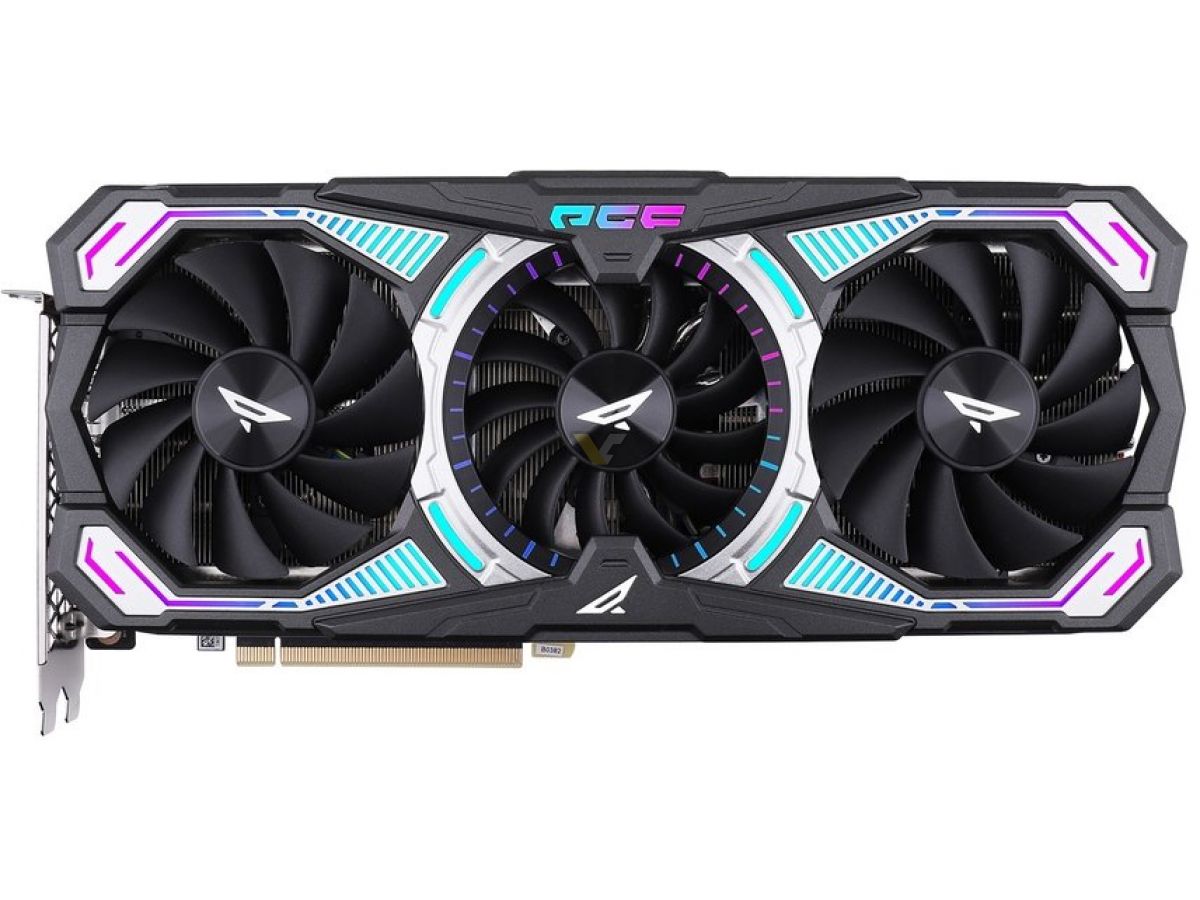 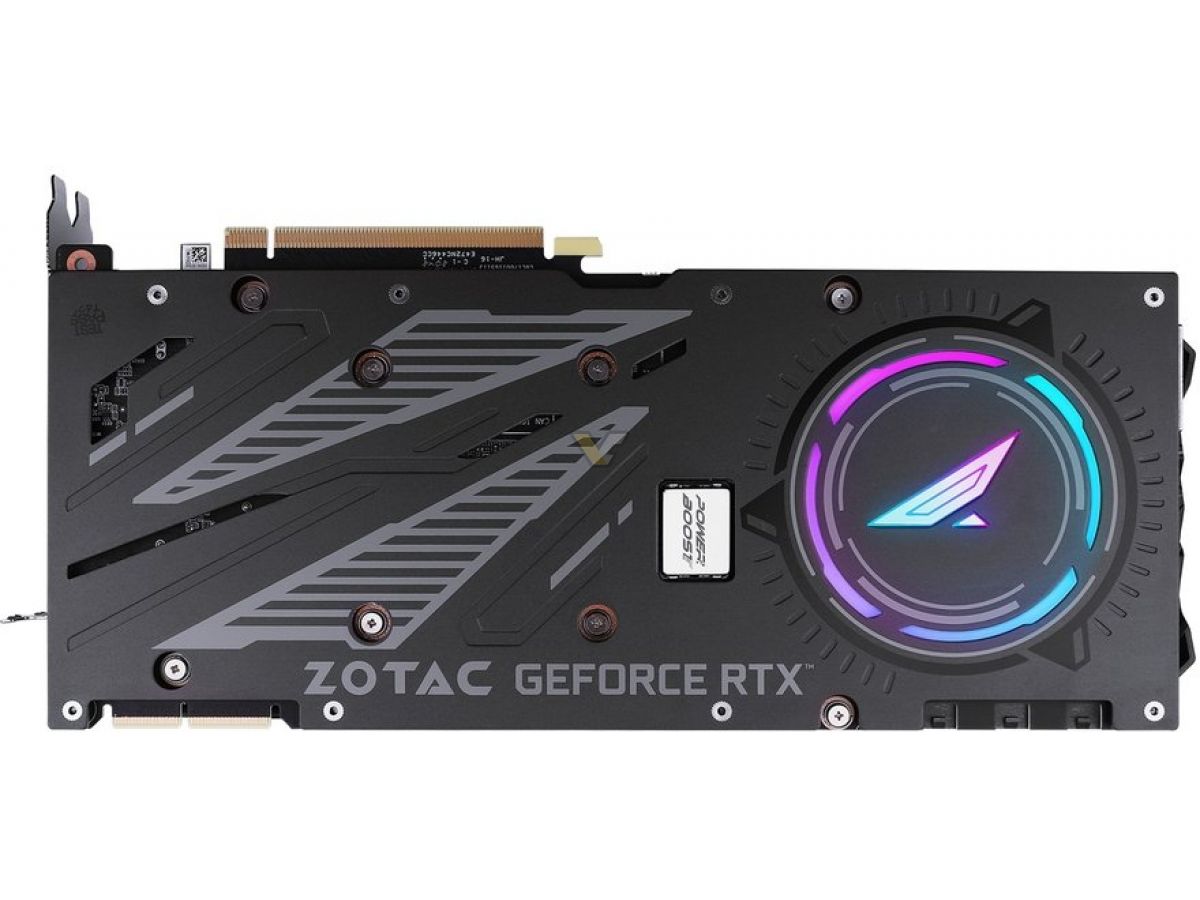 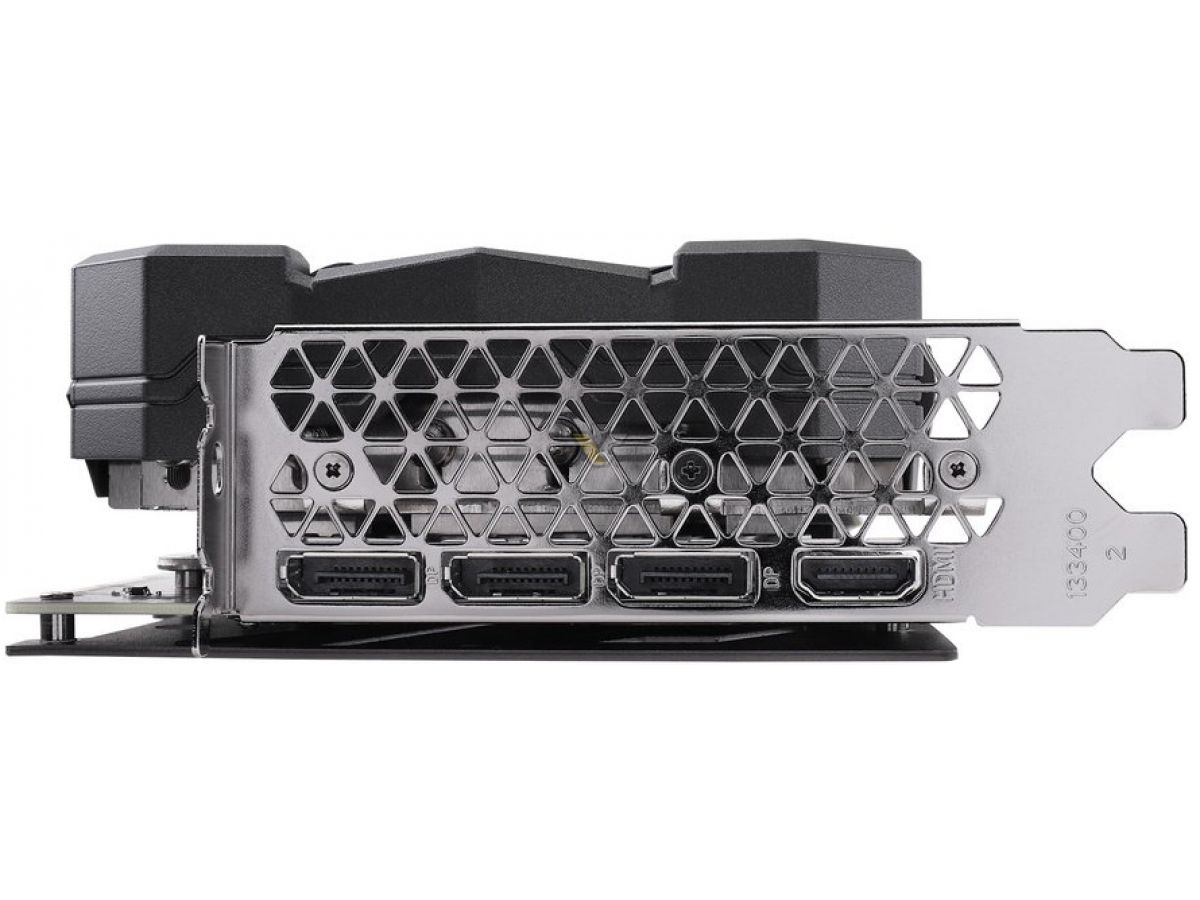 The RTX 3080 PGF OC features a slightly higher clock speed than RTX 3090. The card’s clock is set to 1770 MHz by default, which is only 3.5% higher than the reference clock. This model features the exact same cooler design as the RTX 3090 (both cards have the same GPU but with a different number of cores). That said, the RTX 3080 is equipped with three 8-pin power connectors as well and features a higher TDP of 340W (+20W) out of the box.

Both graphics cards are bundled with a VGA support stand, three dual 6pin to 8-pin power adapters, and an ARGB lighting cable. 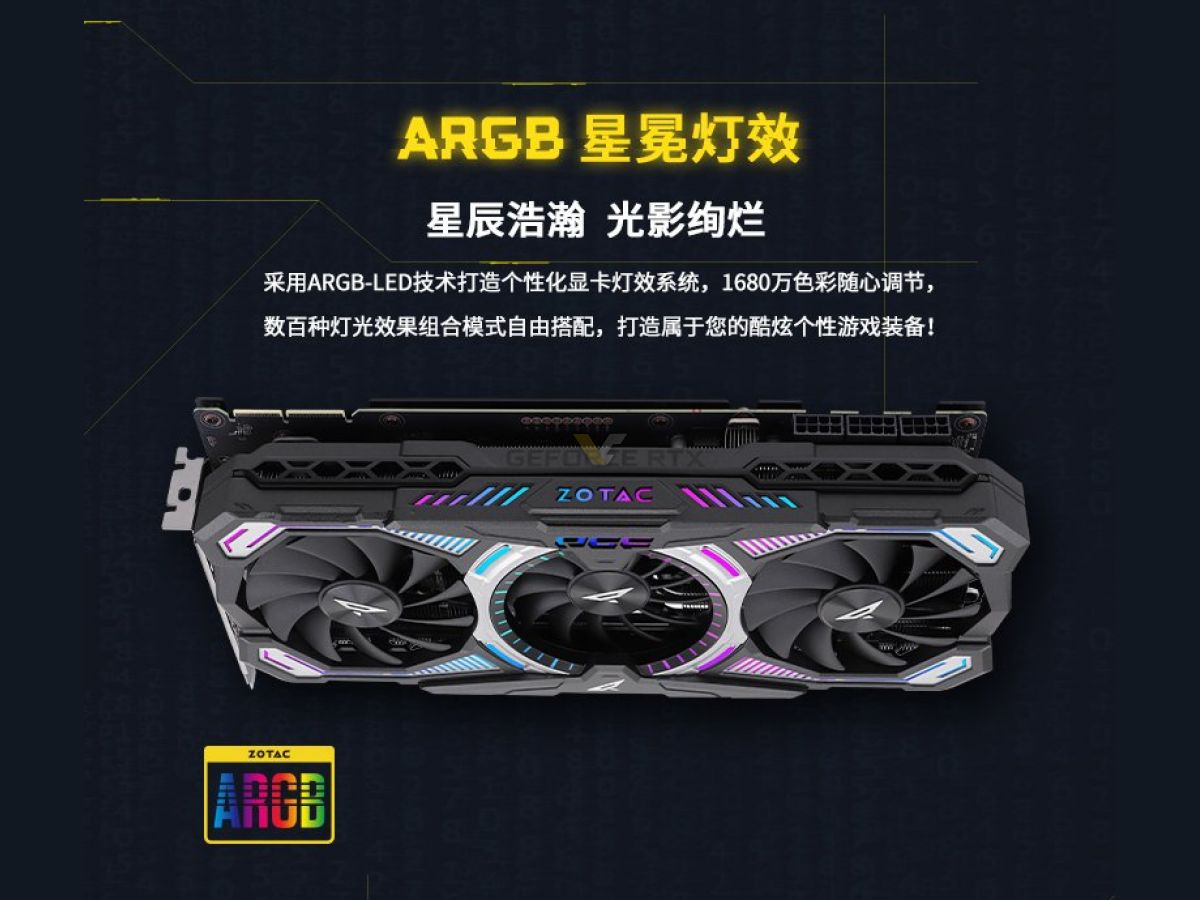 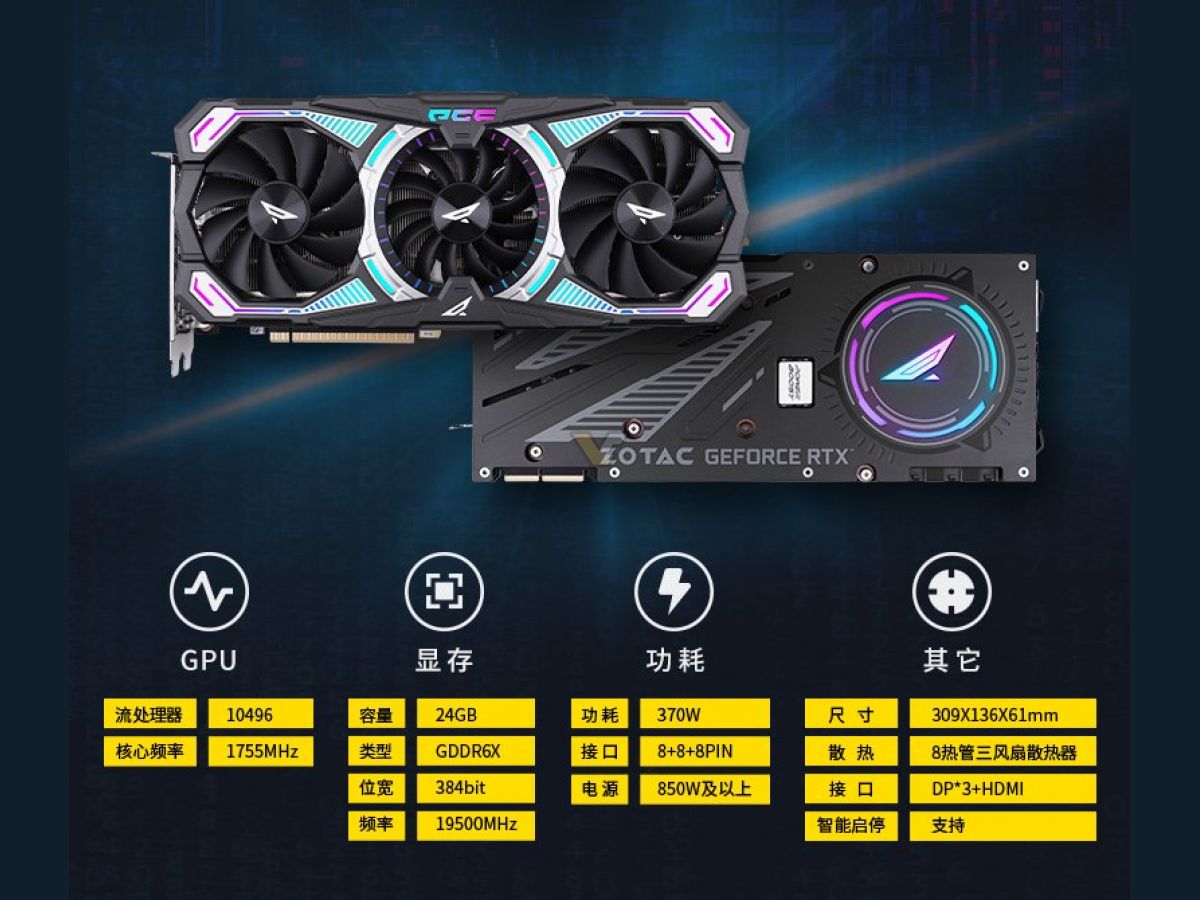 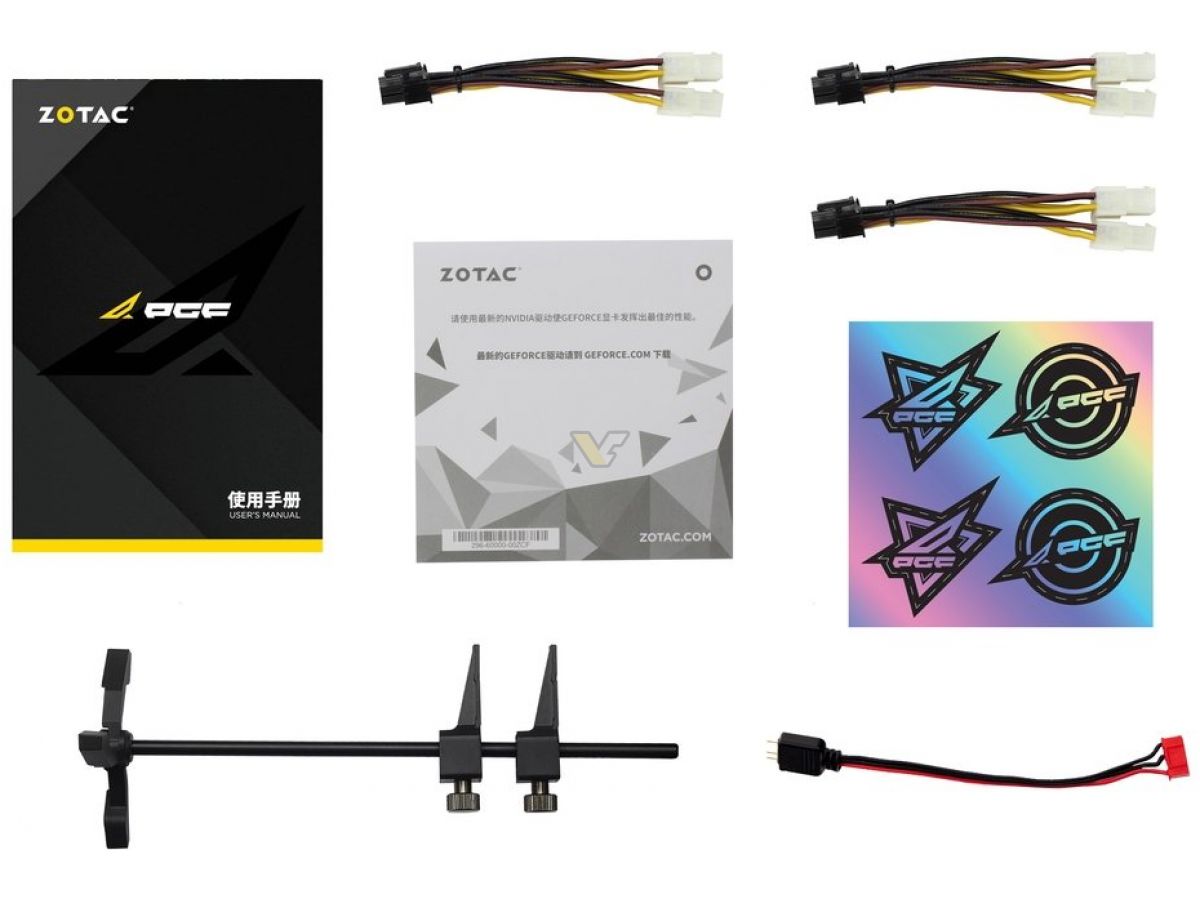 Size-wise, the RTX 3070 and RTX 3060 Ti PGF series are the same size as the GA102-based models. These cards, however, have a different cooler design without ARGB lighting on the front and on the backplate. The GA104 models are both powered by dual 8-pin power connectors.

The bundle is identical to the RTX3090/3080 PGF series except there is one dual 6-pin to 8-pin power adapter less. 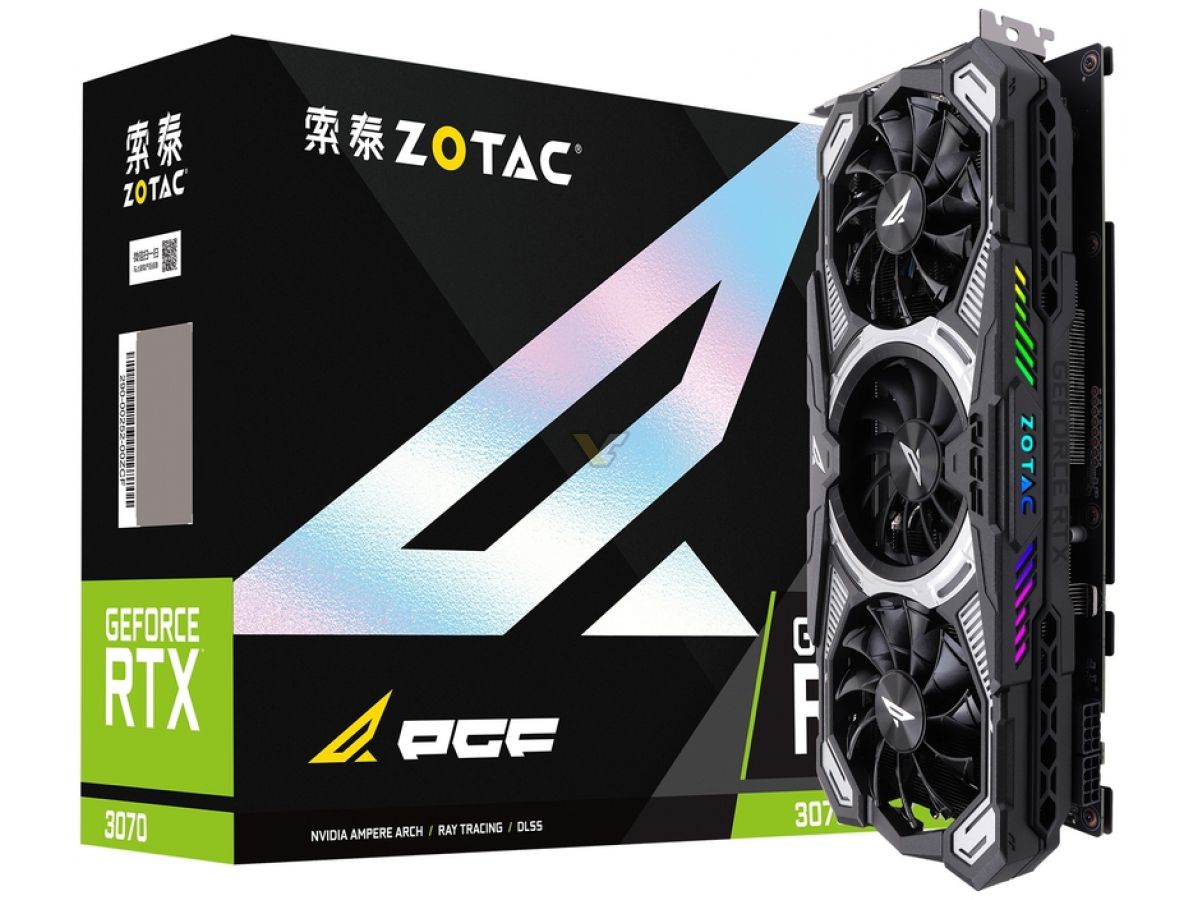 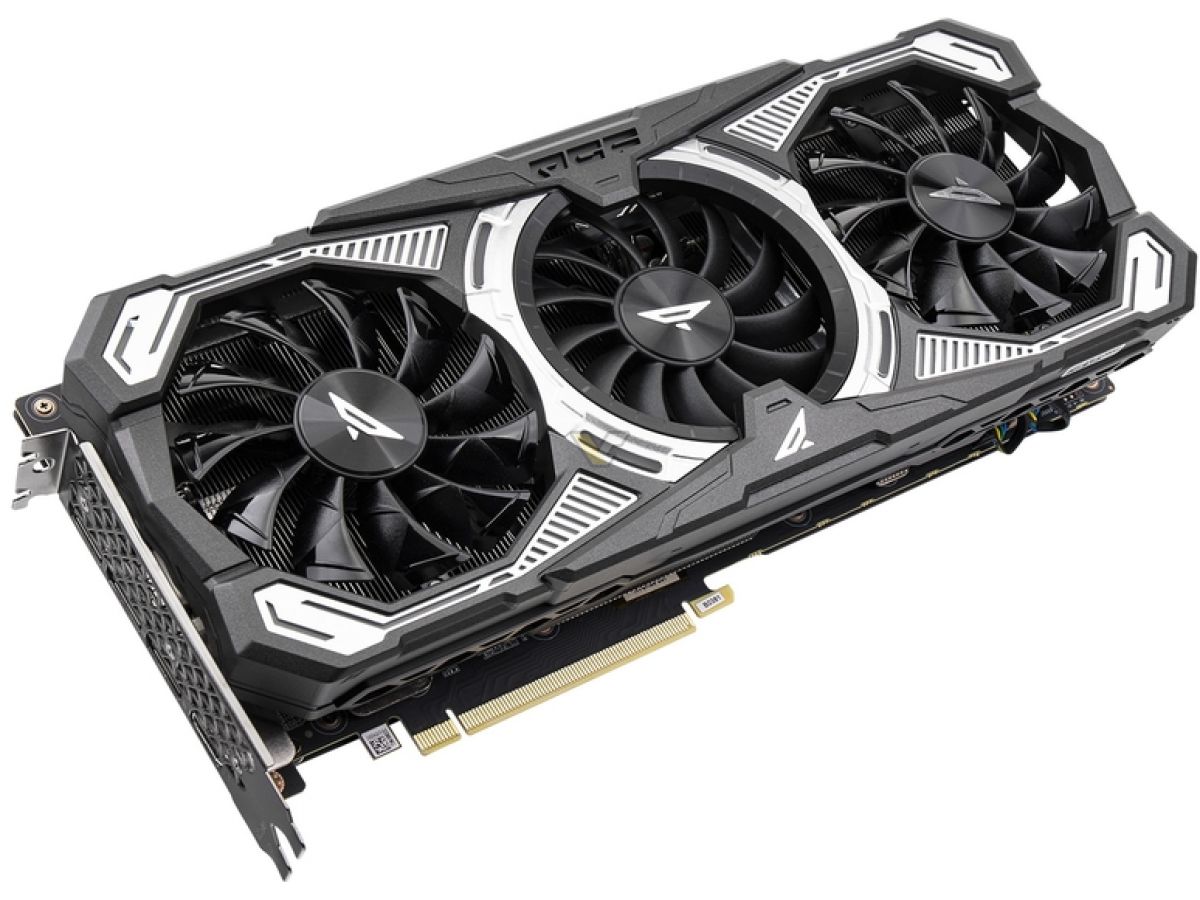 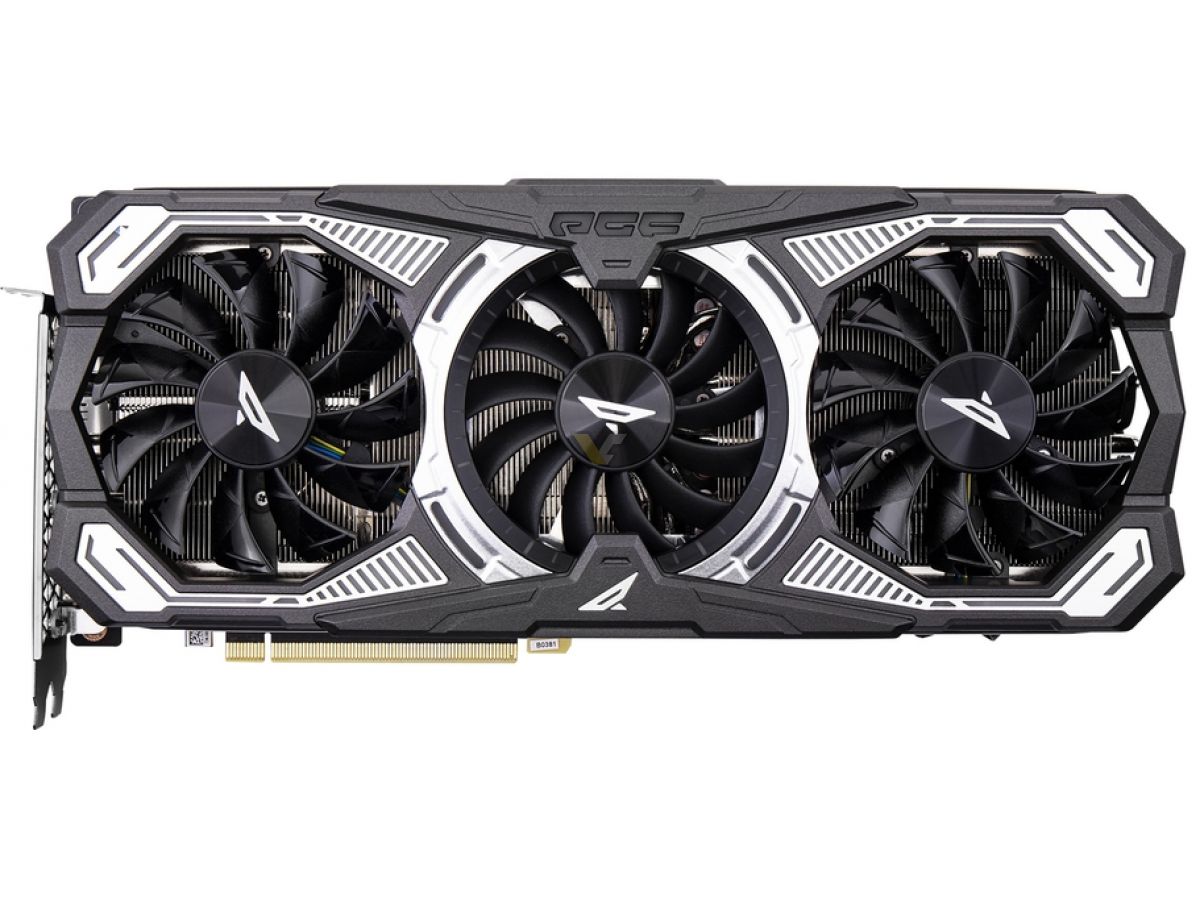 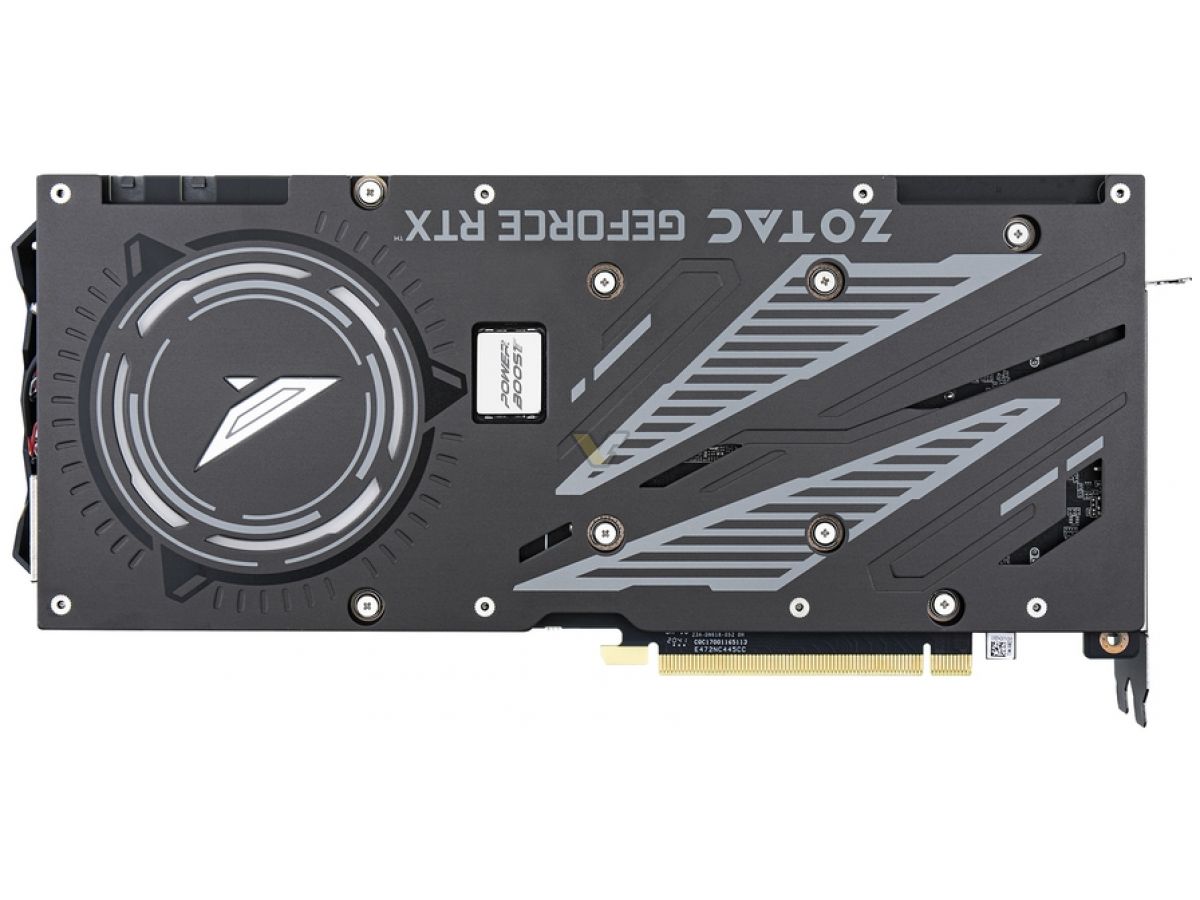 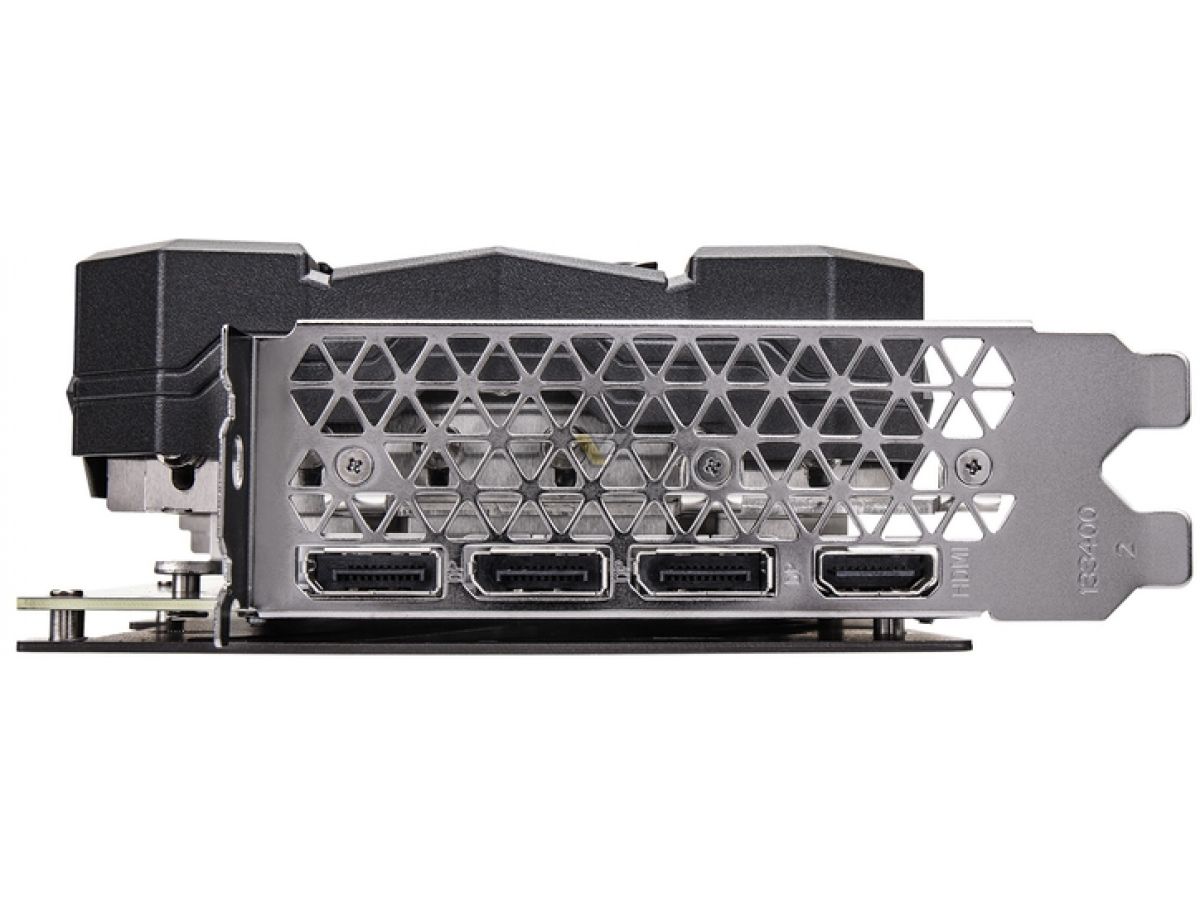 It is important to note that the ZOTAC PGF series is exclusive to China, thus they are not even listed on the manufacturer’s international website.