The launch of the GeForce RTX 3080 will be remembered as the worst launch of GeForce graphics card in recent history. The non-existent stock has been depleted in a matter of minutes, sometimes seconds. It was confirmed that scalpers have used bots for ordering, even from the official NVIDIA store. The company has since then issued a statement that it will try to manually check all orders. 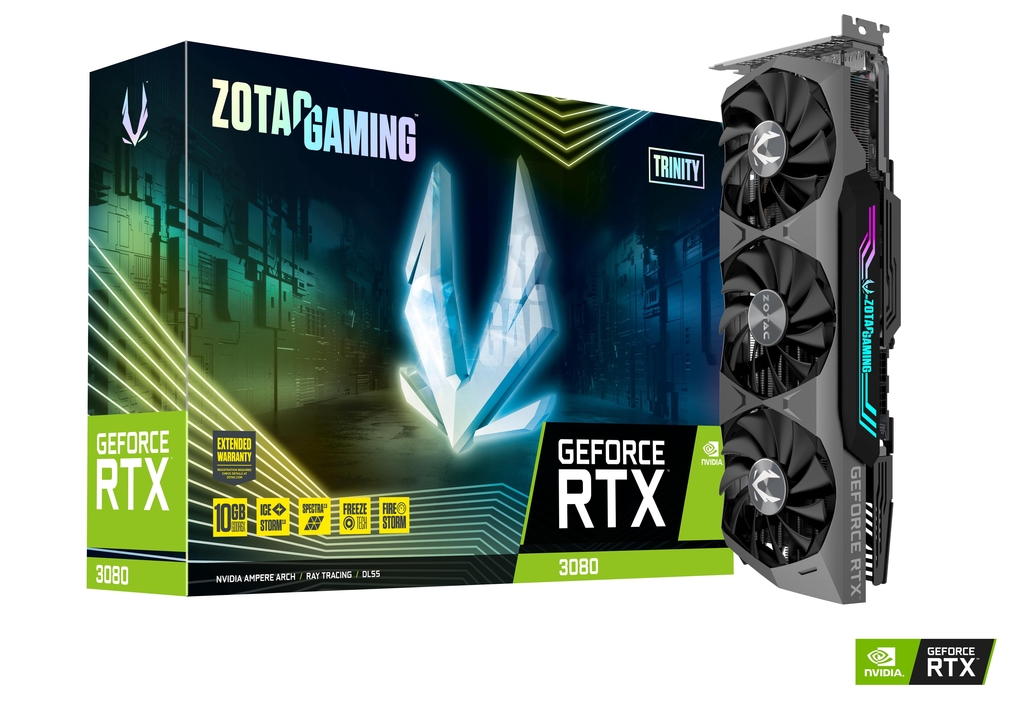 Meanwhile, board partners expect thousands of units to be shipped worldwide soon. Despite very limited stock and due to an error, Amazon Germany took preorders for ZOTAC RTX 3080 Trinity. Almost 20 thousand preorders have been submitted, even though the company did not have this many cards for sale.

The company announced on Twitter that the orders may need to be canceled, otherwise weeks of waiting time is to be expected:

Almost 20,000 pre-orders have been received and, with the best of intentions, we cannot serve them in a short time, as much as we wanted. So again: We are infinitely sorry, but we also don’t know what went wrong here.
— ZOTAC on Twitter (now removed) 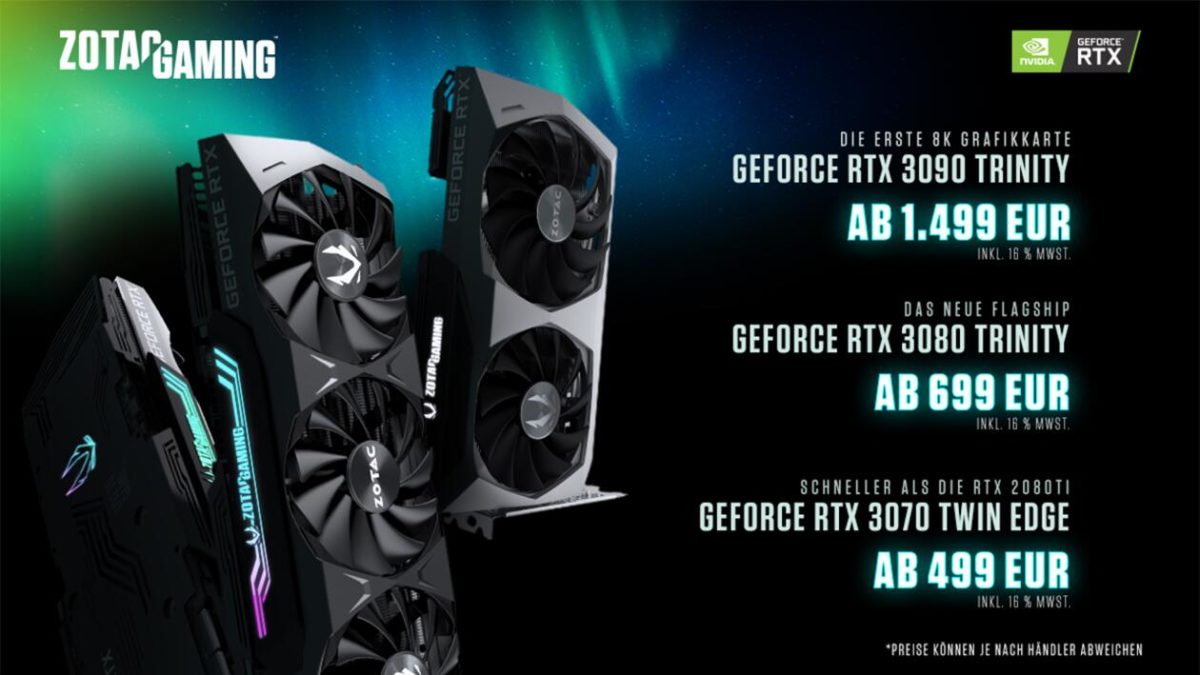 Gn Germany the cheapest models, such as ASUS TUF, which debuted at 699 EUR is now not available for less than 799 EUR, ComputerBase reports. Those who order the cards may want to wait for them to be fulfiled, otherwise, a much higher order price is too be expected.

ZOTAC: RTX 3080 Trinity is slower than Founders Edition by design

The Trinity RTX 3080 model from ZOTAC tested by reviewers has been seen to perform 1-3% slower than NVIDIA Founders Edition. Over the weekend, ZOTAC US staff posted a very unfortunate comment on Reddit, revealing that this is by design:

It’s by design – it’s also a way to seperate our higher end models from the basic Trinity models.

The comment was a misunderstanding and the edit provided more insight into what might be happening with the card.

In regards to performance, we aren’t sure why the card is performing the way it is based on early feedback. We have been told that the 3080 Trinity is actually beating FE in some tests as well – so we may be seeing a broad range of varying performance or massive inconsistencies. We really aren’t sure yet – there are still other reviews to come out and feedback is still very early, but comments are important to us no matter if they are negative or positive, or based on early reporting. It’s a part of improving – it’s why we are here running this sub, so we can talk and have open discussions and collect feedback.

It is worth noting that ZOTAC also has the Trinity OC model coming, which should theoretically perform better than both Trinity non-OC and Founders Edition.