The thickest of them all.

Last week ZOTAC only launched two RTX 3090 Ti models: the AMP Extreme HoLo, which was actually seeded to the press for reviews and PGF OC model, a full-custom design only available in Chinese buyers. The PGF series never made its way to the global market, but they are interesting enough to cover, because typically they offer the best performance out of all ZOTAC series. 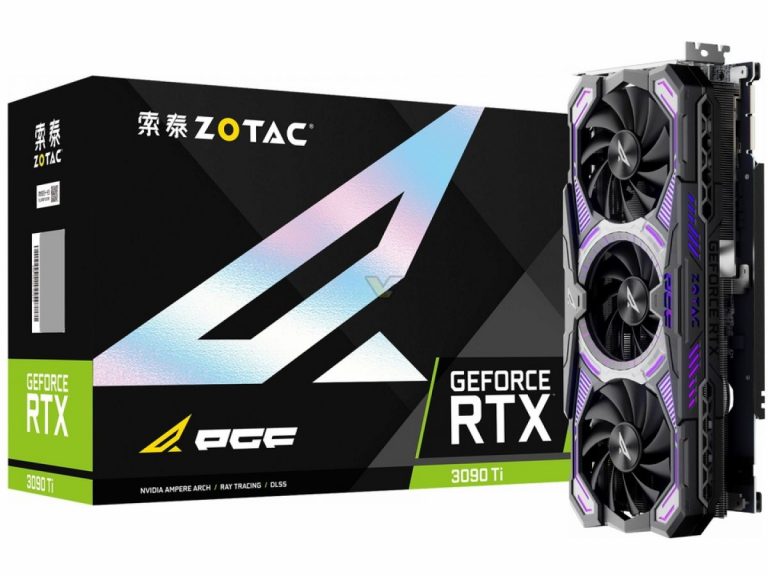 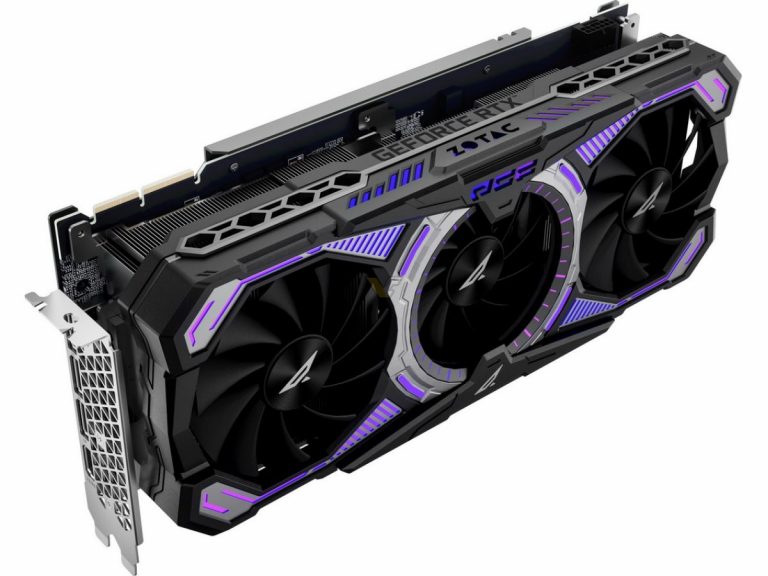 This time around, however, the RTX 3090 Ti PGF OC essentially copies the GPU specs of AMP Extreme. It has the same boost clock of 1890 MHz and default TDP 450W. According to reviews, the AMP model can be modified to 495W through overclocking, unfortunately we do not know the maximum power target of PGF variant, because it was not tested yet and the such specs are not listed by ZOTAC.

What is clearly different is the thickness of both cards. Compared to AMP’s 6.5 cm and 3.5-slot height, the PGF is officially 4-slot and 7.3 cm. As far as we know, this might be the thickest 3090 Ti on the market. Although it should be noted that the card is actually 5 cm shorter and almost 1 cm narrower than the AMP model. 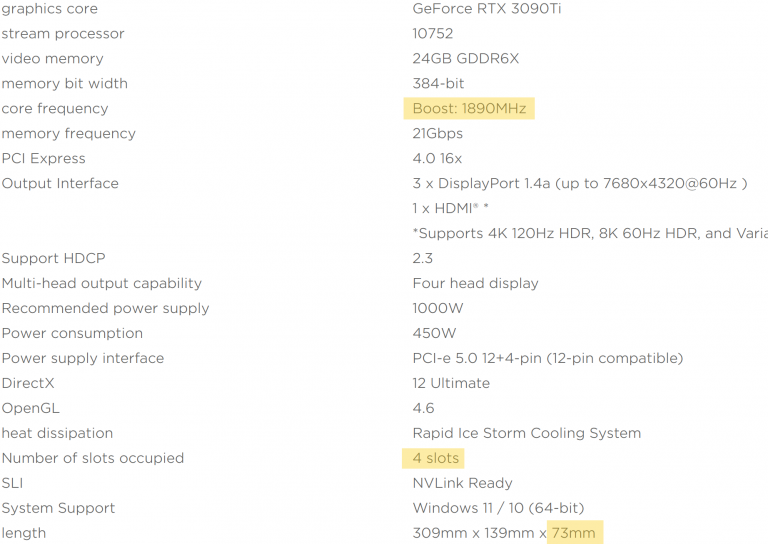 The card is equipped with Ice Storm cooling solution with three fans. The shroud and backplate are illuminated by ARGB LEDs. It is bundled with a VGA support bracket and 3×8-pin to 16-pin power adapter. 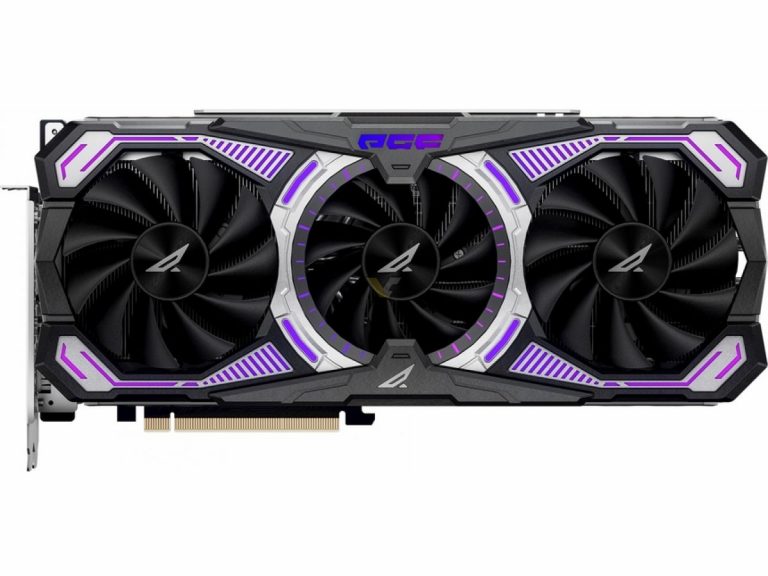 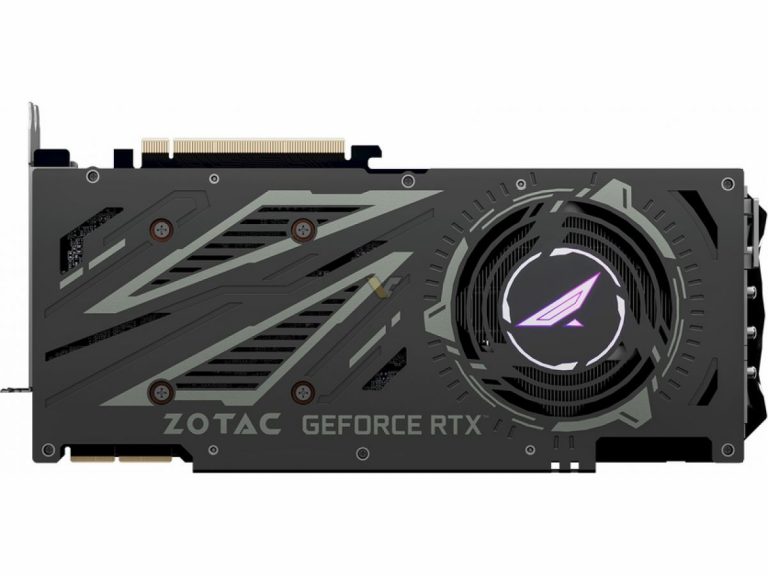 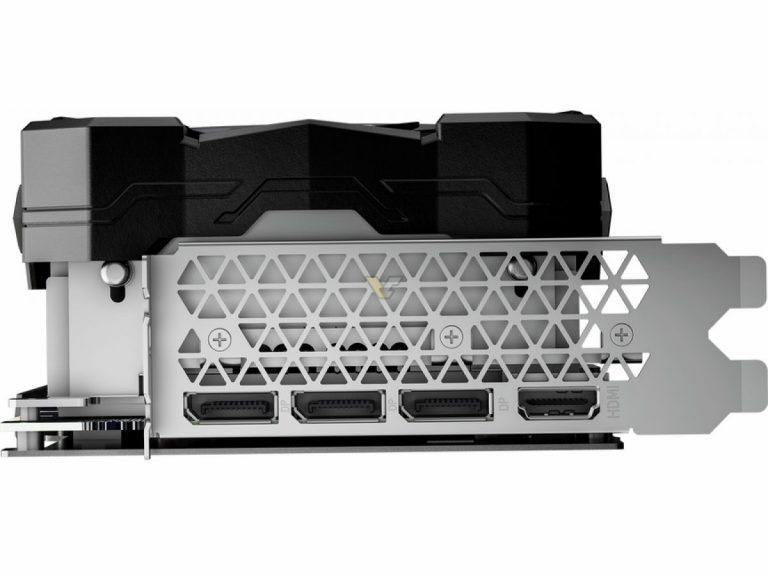 The RTX 3090 Ti PGF OC is not yet on sale through any retailer in China, therefore the price is still unknown. The AMP variant sells for 15,000 RMB (2,357 USD), so the pricing of PGF shouldn’t be much higher. 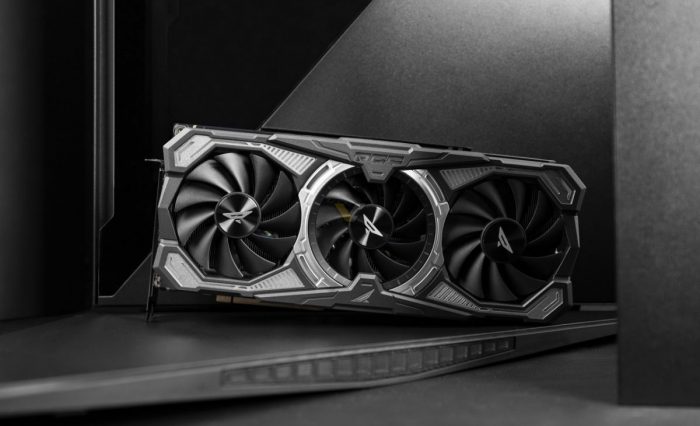 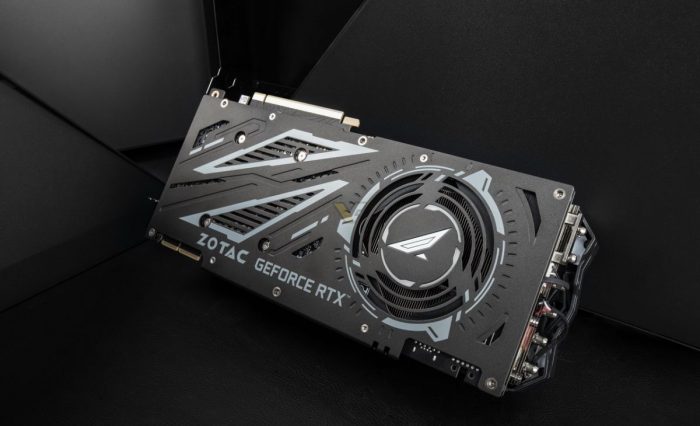 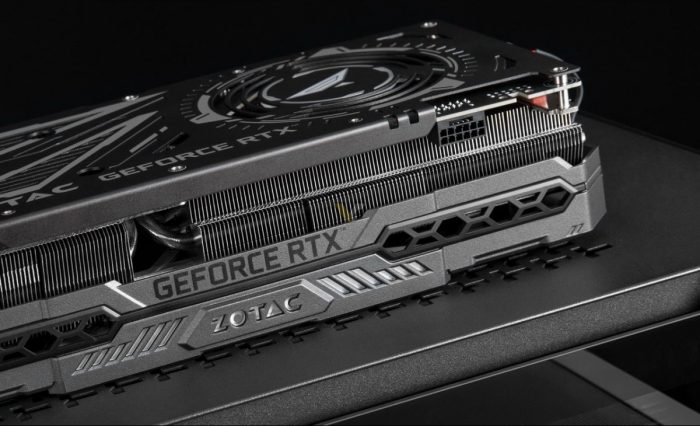