ZOTAC will sell its RTX 4090 at MSRP, but don’t expect a factory-overclocked model at this price.

NVIDIA ‘requested’ all board partners to offer at least one card at MSRP, which is 1599 USD. It appears that board partners are eager to comply to this request. We have seen numerous leaks from US or European stores already, confirming that we will indeed see MSRP at launch.

According to the official ZOTAC US store pricing, the cheapest RTX 4090 from ZOTAC is TRINITY model at 1,599.99 USD. The OC model of the same card costs $50 more, but there is a good chance the cheaper model can be manually overclocked just as well as the OC card. For those who want the best performance out of the box, then AMP Extreme AIRO will be the card to grab at 1,699.99 USD, so an extra 100 USD over the cheapest model. 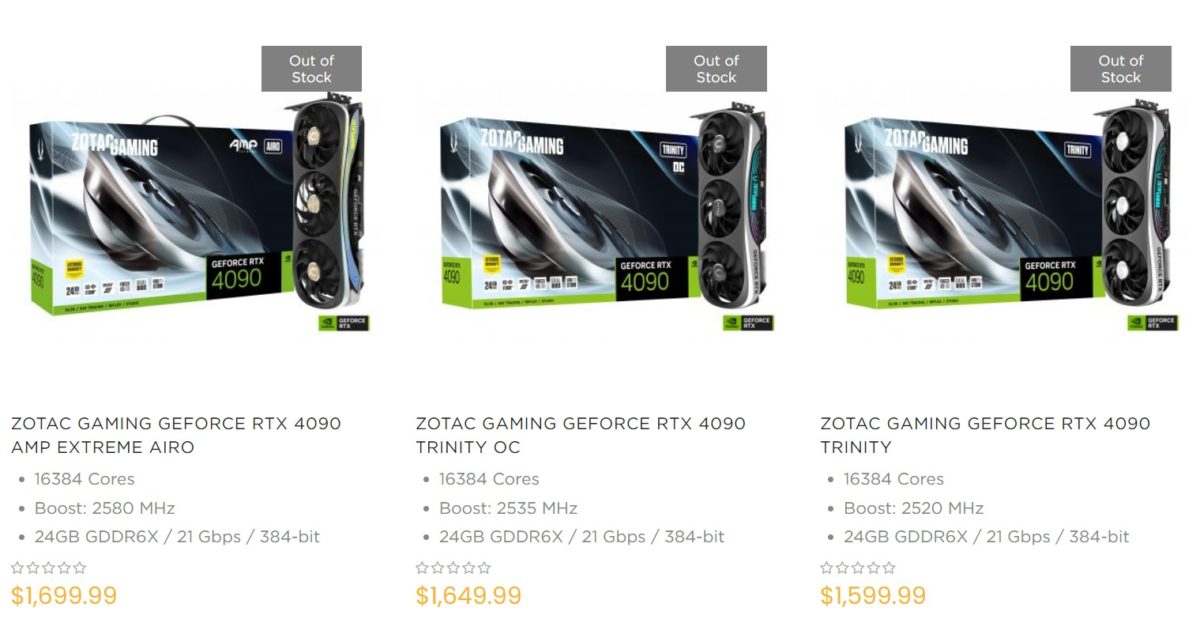 What we have seen with previous launches was that board partners have prioritized the production of the OC models, which resulted in very low supply of the cheapest SKUs. Hopefully, that will not be the case this time, and we will indeed see RTX 4090 at MSRP not just for one day, but for weeks to come.

NVIDIA launches its GeForce RTX 4090 GPU on October 12th. The reviews are to be released next week as well.