ASUS and EVGA increase GPU pricing in the US

Following ASUS’s decision to increase PC component pricing in the US, ZOTAC and EVGA are following the suit.

It almost felt like PC stores started to see increased stock of graphics cards by the end of 2020, but at the beginning of 2021, the GPU pricing has skyrocketed. The pricing has actually increased globally, but not necessarily for the same reasons. In the United States, tariffs on imported PC hardware have increased by 25%. The cost of substrates and other components has increased accordingly which left no choice to board partners but to increase the retail price of their graphics cards.

We also see graphics card shortage caused by increased interest in Ethreum mining. The current value of this cryptocurrency is around 1000 USD, which is 400 USD higher than it was in late December. As a result, as much as we would like to say that this did not happen, we hear stories that GPU miners are queuing up directly in front of AIB factories in hopes to buy the graphics cards in higher numbers.

ZOTAC is selling graphics cards directly through their own webstore. As noted by The Verge, it is fairly easy to compare pricing thanks to Archive’s Wayback Machine. We went a little further and generated a list of all cards and compared how much did the price really increase. On average there’s a 16% increase in graphics cards’ pricing from ZOTAC. 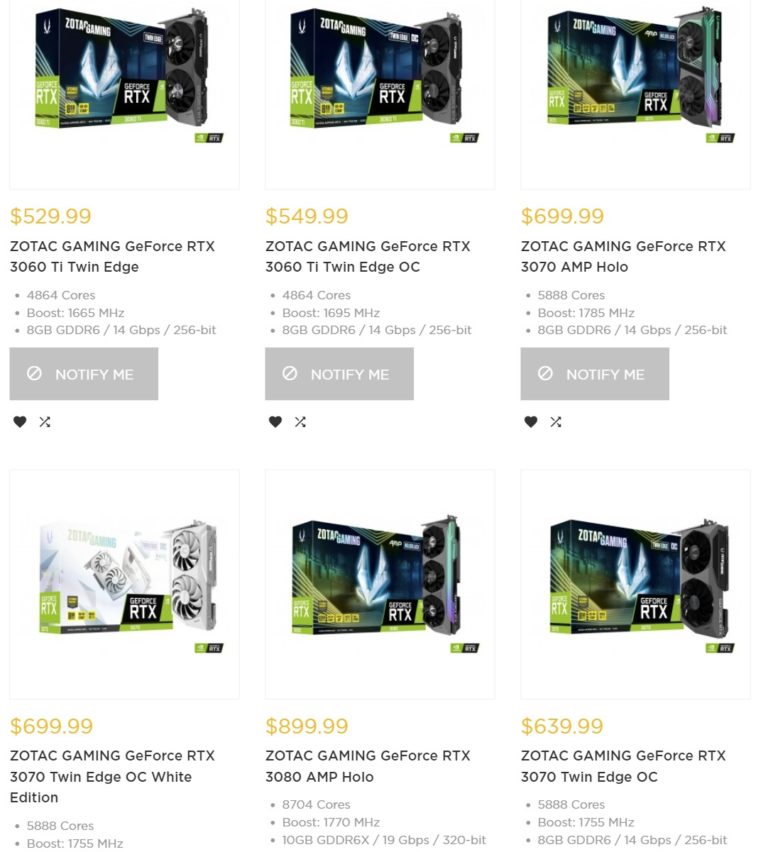 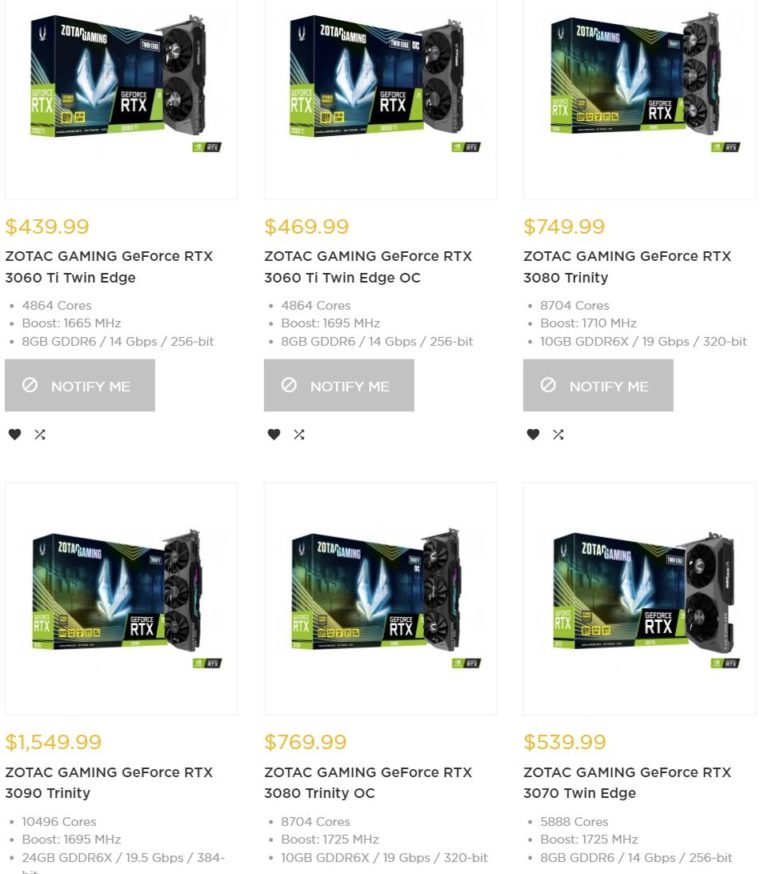 EVGA released a statement on new GPU pricing which was implemented on the manufacturer’s website 2 days ago:

Due to ongoing events, EVGA has made price adjustments on the GeForce RTX 30 Series products. This change was necessary due to several factors and will be effective January 11, 2021. EVGA has worked to reduce and minimize these costs as much as possible. For those who are currently in the EVGA.com Notify Queue system or Step-Up Queue, EVGA will honor the original MSRP pricing through April 16th, 2021 if your purchase position is processed before this date.
— EVGA

The pricing on EVGA graphics cards has increased by 8% on average. This is actually lower than ZOTAC and goes back to a month earlier, but EVGA pricing was not exactly the lowest among all board partners when Ampere cards have been released. 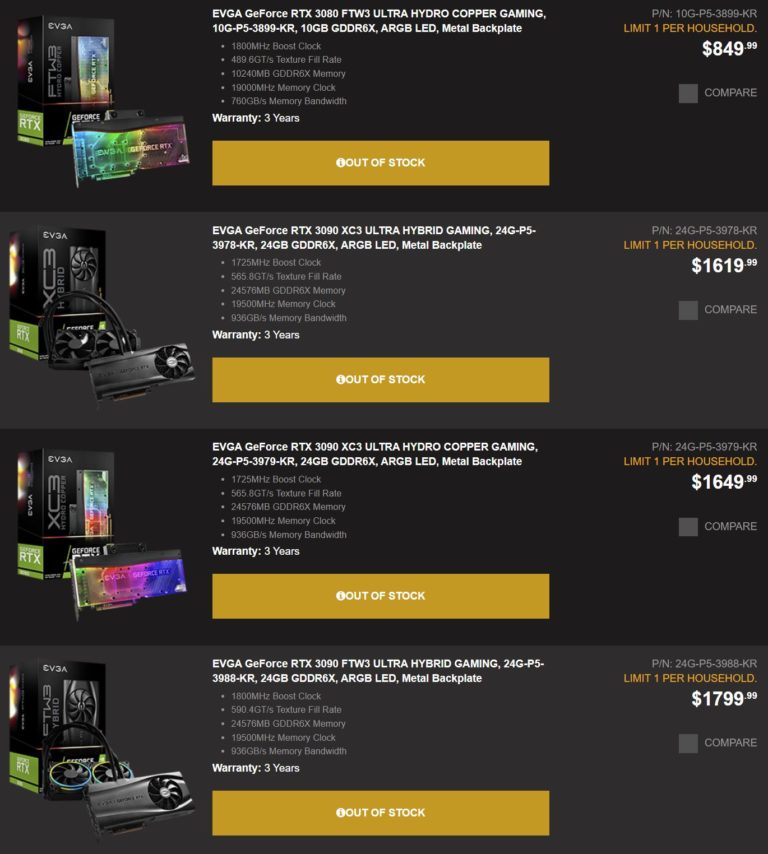 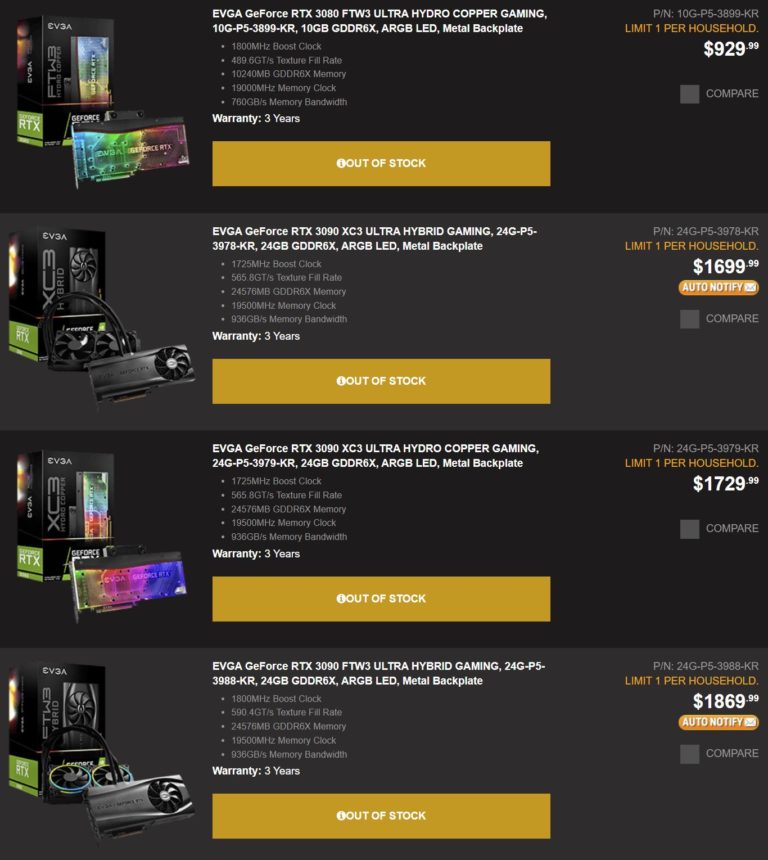 Source: The Verge via TechPowerUP