In an expected move, ZOTAC confirmed the launch of the upcoming RTX 30 Ti series, even before NVIDIA had a chance do to it first.

It appears that the ZOTAC media team controlling their Twitter account has made a small mistake. A tweet confirms the announcement of the new series a bit sooner than expected. What is probably a timezone error, has resulted in the first official confirmation of the new series from NVIDIA. The company confirms that the upcoming Computex Keynote will feature the announcement of both SKUs.

Computex announcement is the first embargo to lift. We have a review embargo following on June 2nd and a product launch on June 3rd. The RTX 3070 Ti will also be announced today, but the review embargo ends on June 9th and products will go on sale a day later. 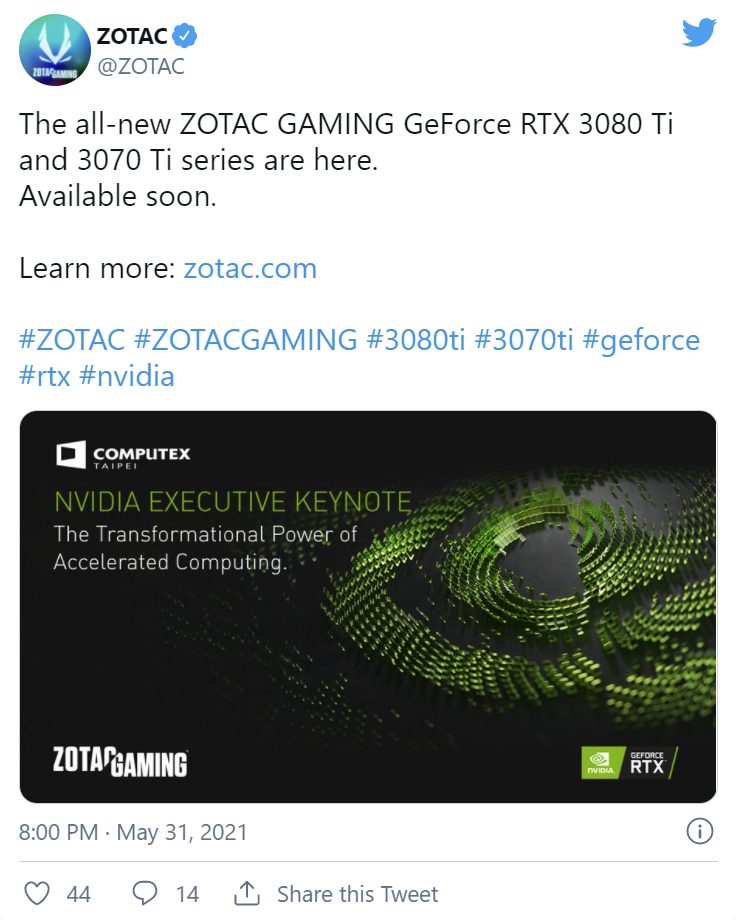 We have already shared the RTX 3080 Ti models by ZOTAC, including AMP Holo and Trinity. At this moment we don’t have pictures of the RTX 3070 Ti models, but who knows what else ZOTAC will leak soon… 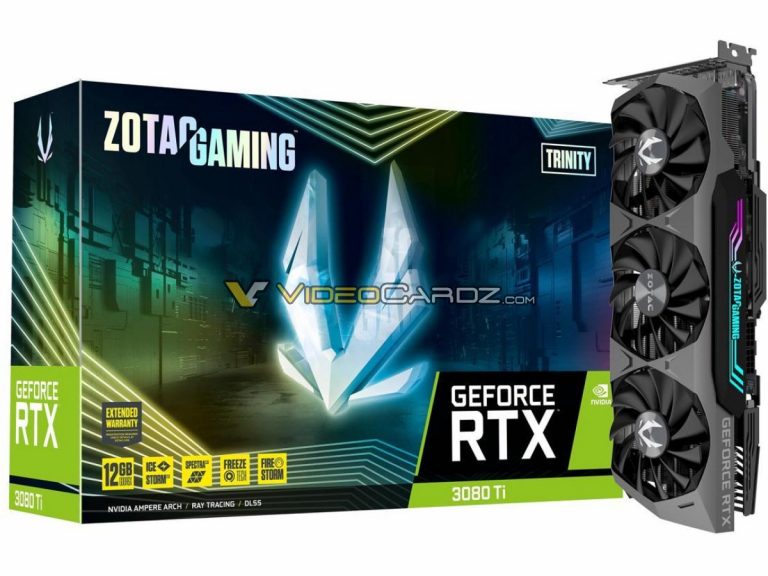 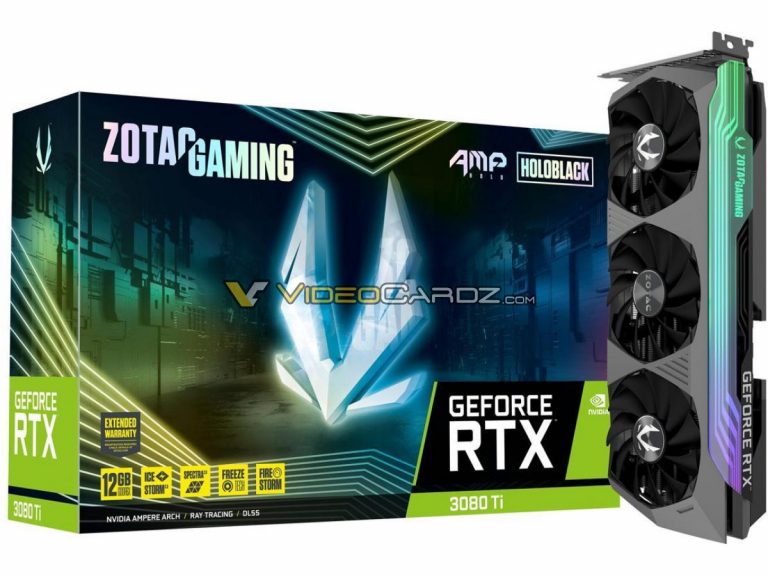