NVIDIA GeForce RTX 2070 graphics card debuted in August 2018 with TU106 GPU and 8GB of GDDR6 memory. Even the SUPER refresh next year did not improve the capacity. Things have not really changed for this generation either, the RTX 3070 still ships with 8GB of GDDR6 memory. There were rumors that NVIDIA might be preparing a 16GB variants of their RTX 2070/2080 models at some point, however, no proof was ever posted, until now.

YouTuber VIK-on was able to access leaked NVIDIA PCB diagrams for GeForce RTX 2080 SKU which outlined how to configure the board to support 16Gb memory modules. The PG180 board is not the same board that is used for the original non-SUPER RTX 2070 models (PG160), yet it provided the necessary knowledge to allow the mod to happen.

VIK-on successfully removed Micron 8Gb modules and replaced them with Samsung 16Gb on RTX 2070, which are listed in the board schematics. Apparently, the modification is as easy as replacing the modules and changing the resistors into a different binary code for RAMCFG jumpers. Normally such a modification is not allowed by NVIDIA and requires manufacturer’s support, however, the BIOS on this RTX 2070 appears to support such a capacity. 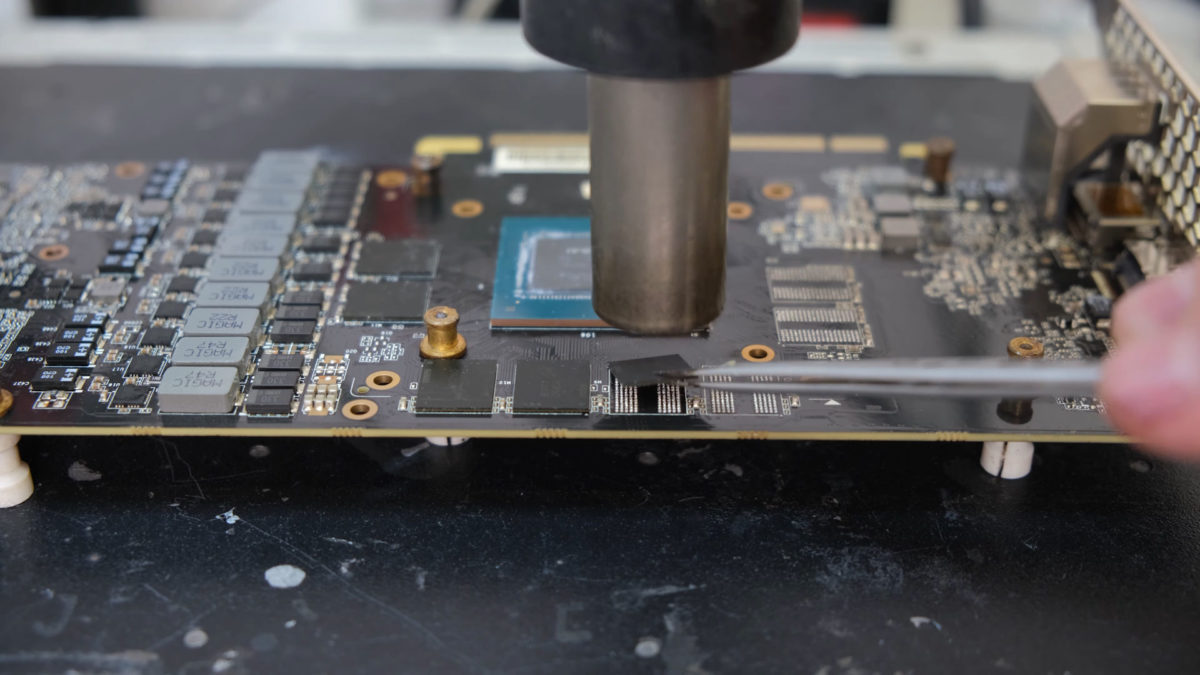 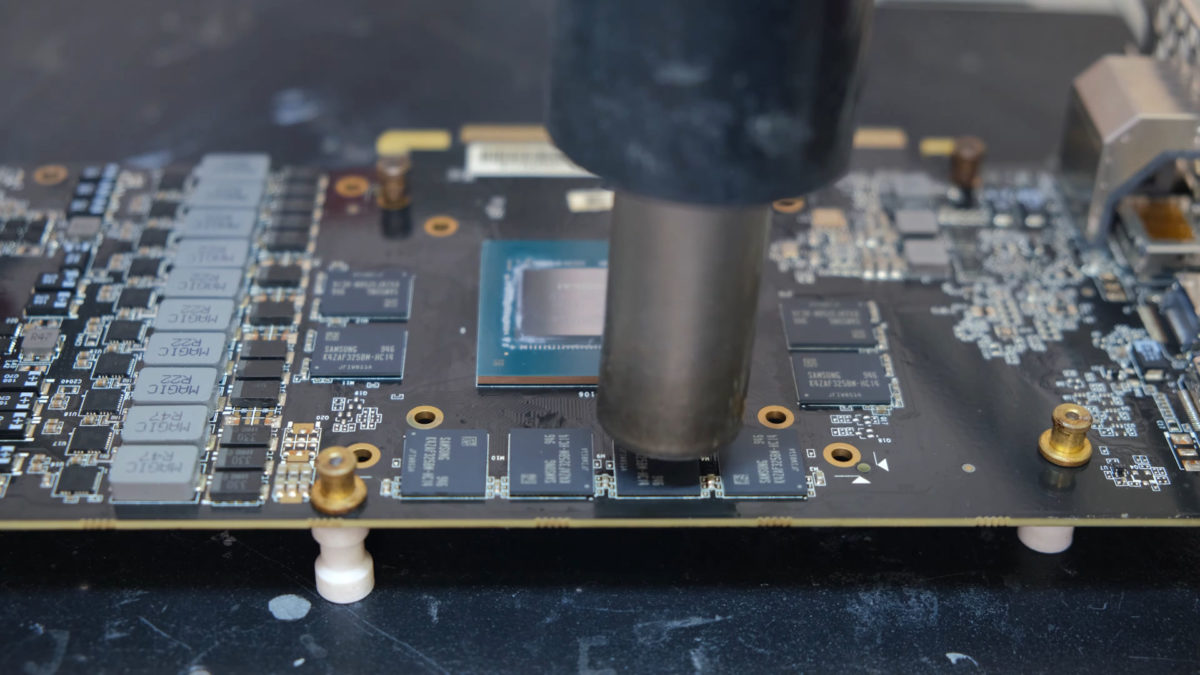 The Samsung 16Gb GDDR6 can easily be purchased off Aliexpress for around 200 USD. 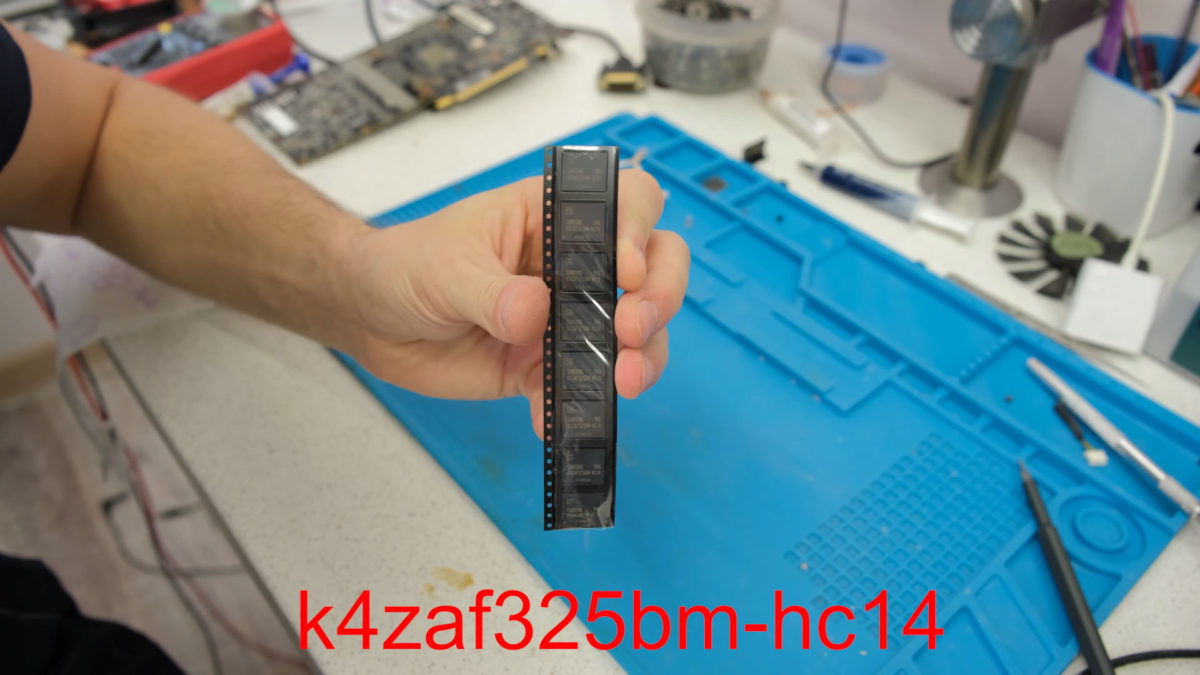 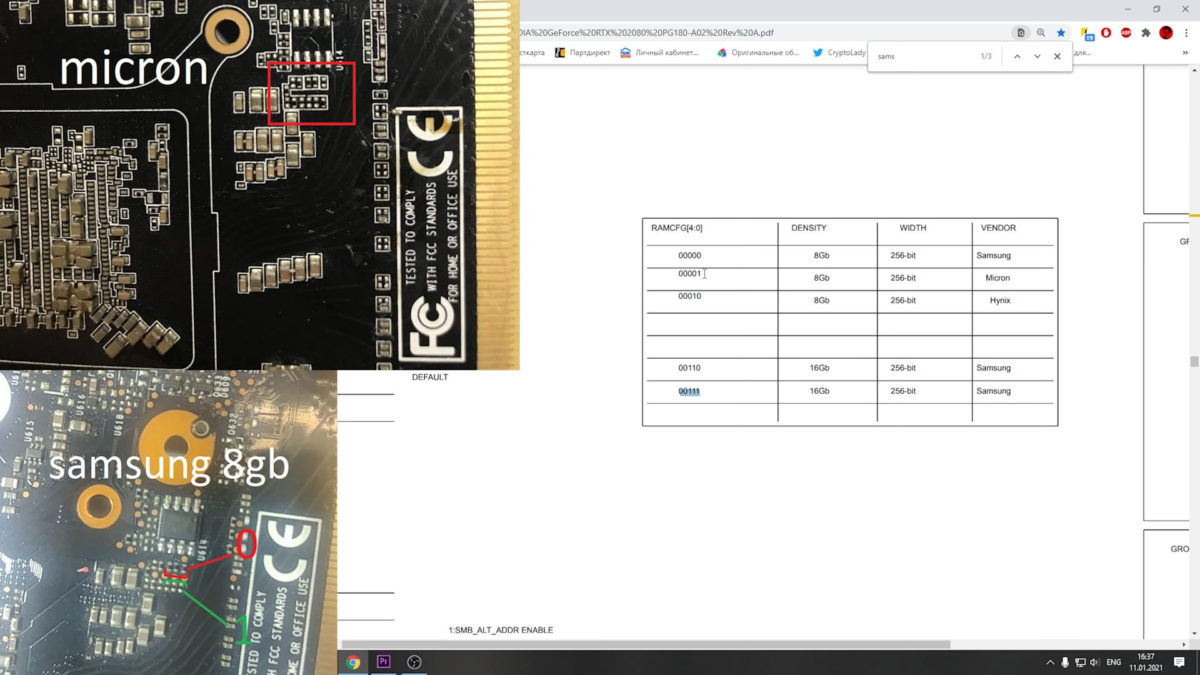 The graphics card is correctly recognized by GPU-Z software and works with FurMark. However, the card quickly fails during the test and is clearly not stable. 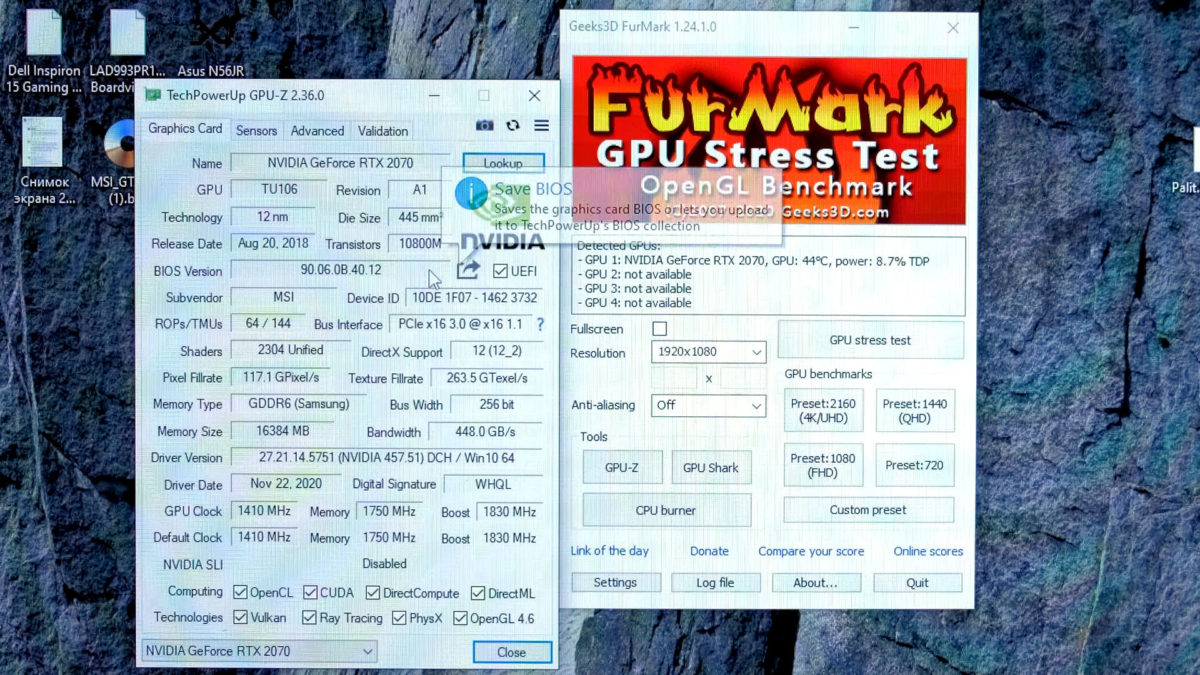 VIK-on was able to run the full 3DMark TimeSpy test. The card scored 6176 points in TimeSpy Graphics, which is well under the average score for RTX 2070 of 9107 points. In the end, it appears that the hardware modification was technically successful (booting into Windows is already a great achievement), but the card was not stable enough to consider the whole endeavor a complete success. 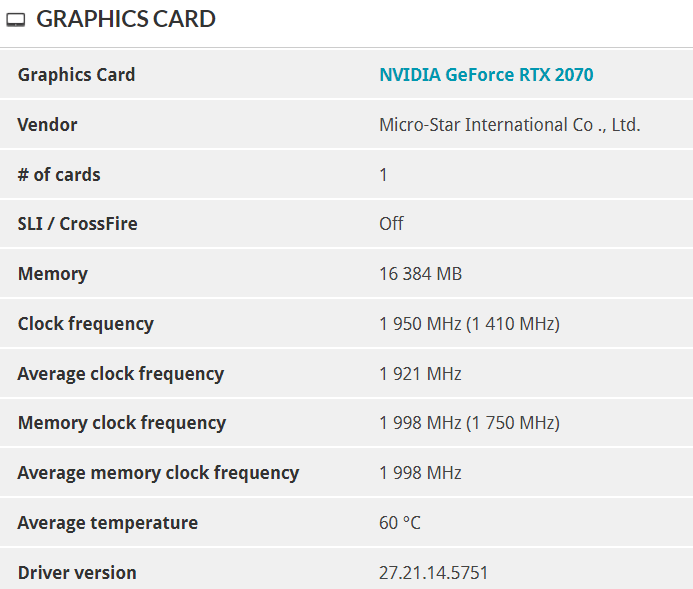 One thing is clear though, the warranty on this card is voided for good.