Despite eye-catching design choices, this model is actually based on AMD reference board design. In fact, there are no changes to the power requirements and there is no factory-overclocking applied either. This model runs at a stock 2424 MHz game clock with a boost up to 2581 MHz.

Yeston’s RX 6700 XT Six Weapons featured a triple-fan and 2.5 slot design with a heatsink covering the whole length of the card. The black and dark grey silver metallic shroud is accompanied by purple translucent fans. Those fans as well as a full-length strip as seeon on the side are illuminated by LEDs. 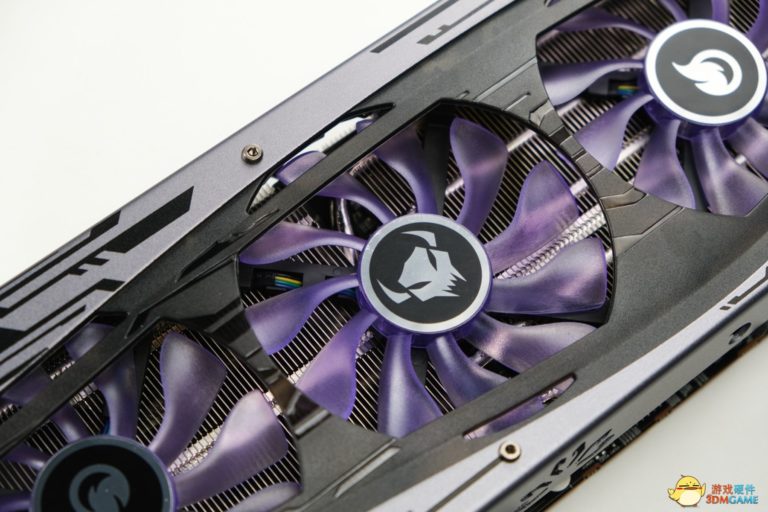 Yeston’s new model is equipped with a 6-pin and 8-pin power connector. Some photos reveal that the card features an AMD reference board, which implies that we are looking at Navi 21 XTLB variant. 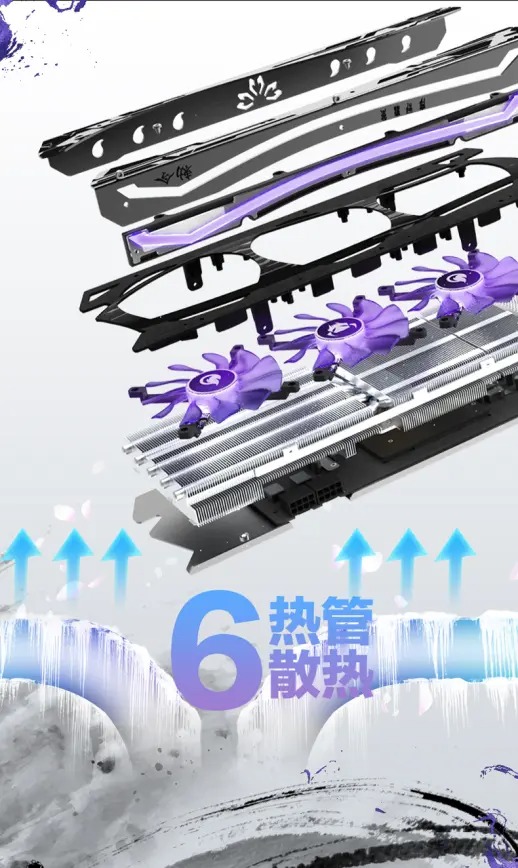 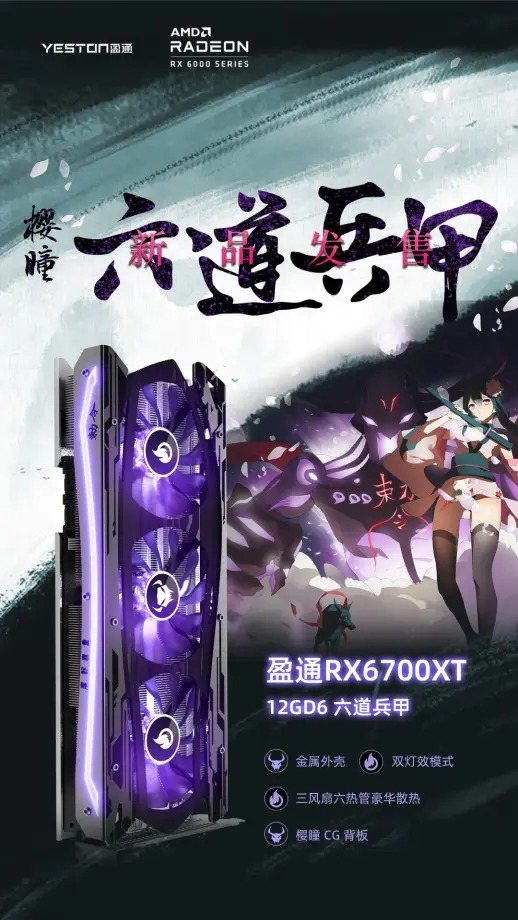 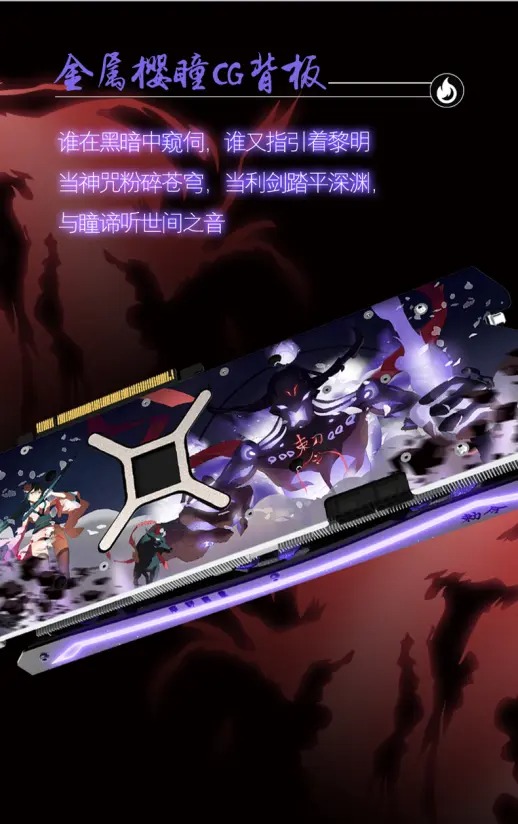 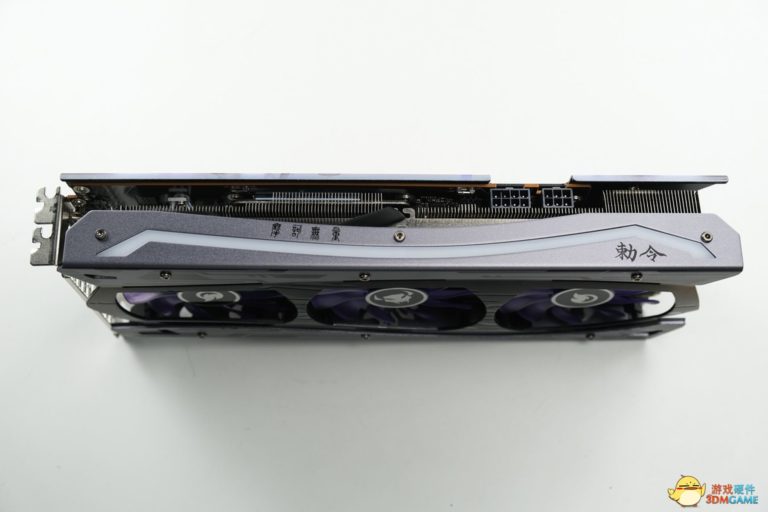 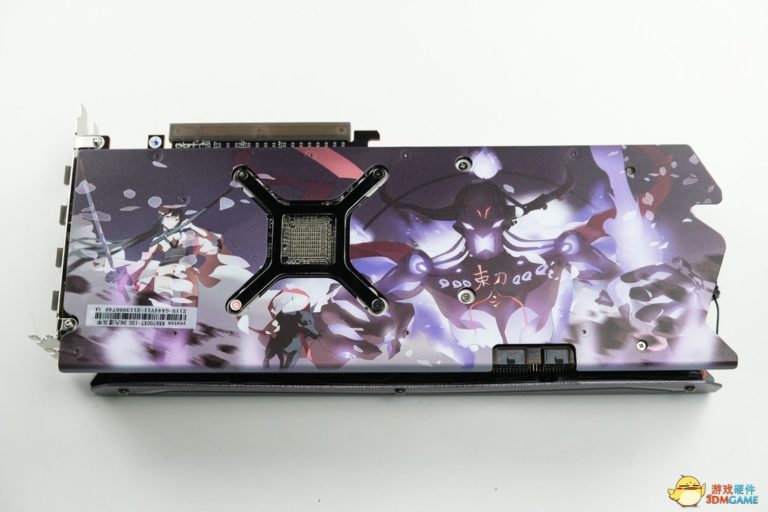 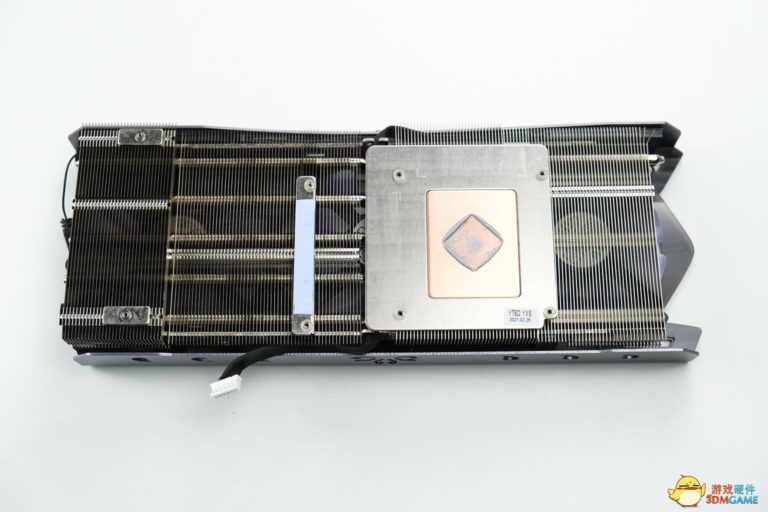 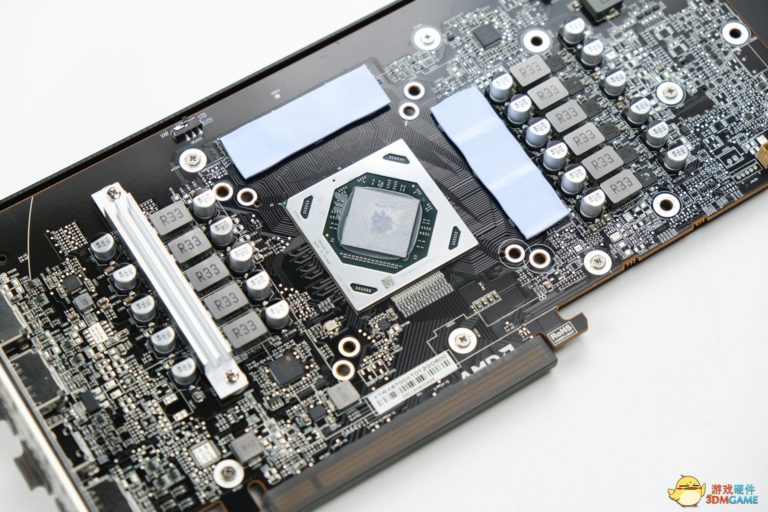