Schenker and its gaming brand XMG will feature Arc GPU designs in the coming weeks.

The company today announced it will launch a new X-Series gaming laptop featuring the top Arc Graphics SKU. This laptop is listed as the X-Project and it will be a desktop replacement, the 2022 roadmap reveals.

Furthermore, a NUC 15.6 inch laptop is also being prepared. This is the Intel reference system known as “Alder County”, which will sport Arc GPU as well. Intel designs are often used by laptop companies using barebones systems (from Clevo/Tongfang). The XMG has been using Intel systems for Fusion 15 (NUC 9 Extreme) and Vision 15 (NUC M15).

As you can see in the XMG timeline, we are working on two projects with Intel Arc Graphics. One of them will be sleek 15” model based on a new Intel reference design (a collaboration with Intel, similar to 2019’s XMG FUSION 15), the other one is planned to be a larger, entirely new chassis in the high-performance segment. Further details will be revealed in the upcoming months.

Both of these will have some opportunities to feature Intel Arc Graphics in some future models, but those are still in the planning stage and cannot be confirmed at this time. 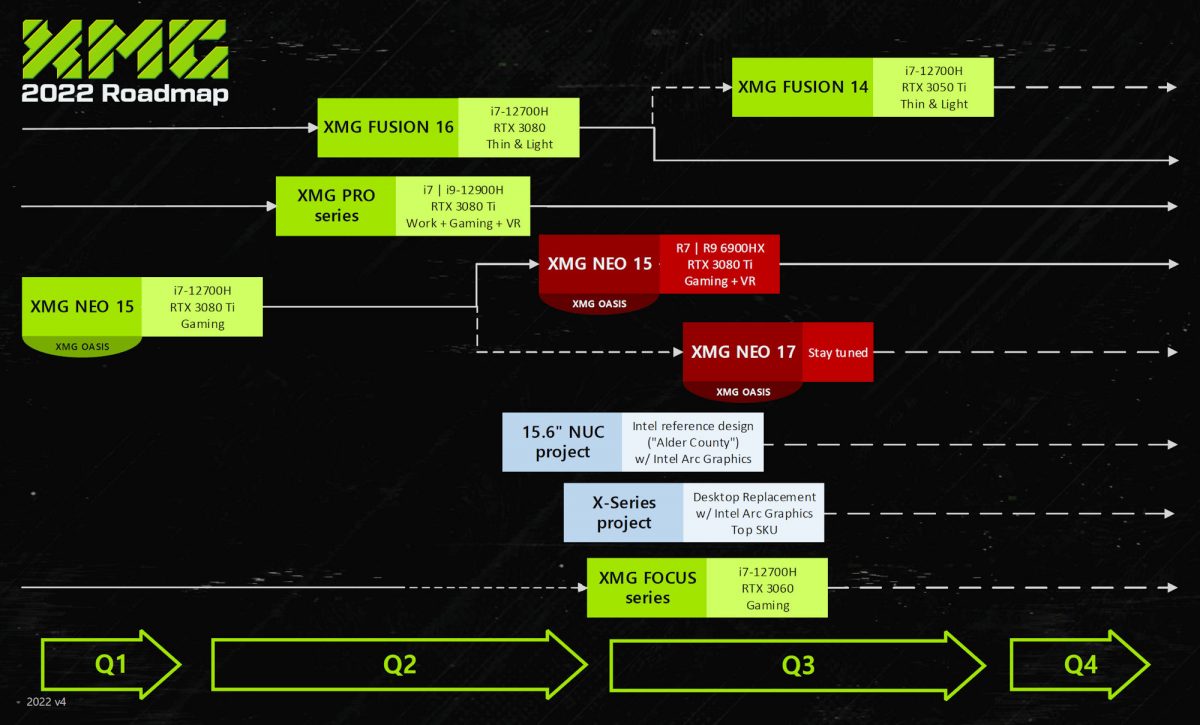