Xiaomi confirms it will launch its new Mi Oled TVs on August 10th.

The company announced on Weibo that their next-generation OLED gaming television is now ready for launch. The announcement posted in a form of three teasers on social media platform Weibo, confirms that the new generation of Mi OLED TV will support NVIDIA G-Sync. 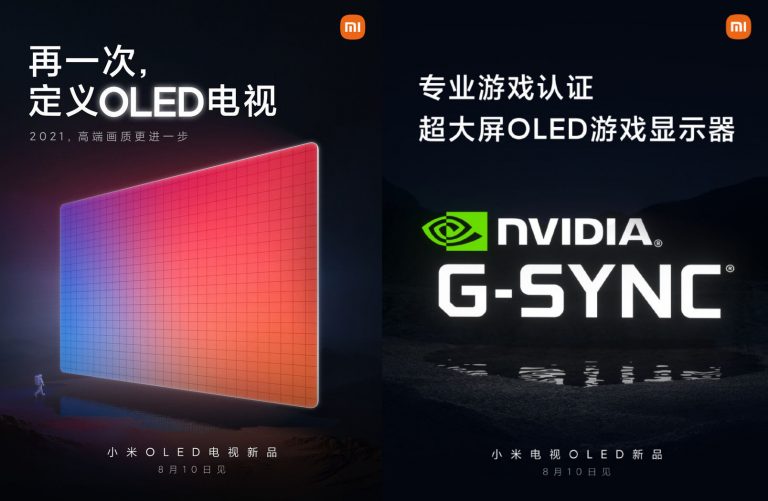 What the teasers do not reveal are the sizes of the new panels, their resolution, HDR certification, and practically everything else. NVIDIA has not made any comments on the upcoming launch from Xiaomi, nor it has recently provided an update on its Big Format Gaming Displays, a special program for large format TVs with built-in G-Sync modules. While it is not clear if the Xiaomi TV will be included in the program, it would otherwise be strange if it wasn’t.

Should Xiaomi Mi OLED with G-Sync be included in BFGD, it would offer a 75+ Hz refresh rate, wide color gamut, low input lag, and ULMB support. Not to mention all the benefits of the HDMI 2.1 standard (ALLM, eARC, VRR) that those TVs undoubtedly would also support.

The new Xiaomi Mi OLED TV will be announced on August 10th.