The Master Extreme is a high-end TV model featuring the most cutting edge technology available to the manufacturer. It is not an OLED panel, but the 82-inch TV features a Mini LED display, which is a true 10-bit 120Hz panel with 1.07 billion colors. It supports HDR10, Dolby Vision, and HLG. The TV is advertised with 2000 nits brightness, 4000000:1 contrast ratio, 98% of DCI-P3 color gamut.

On the hardware side, we have Novatek 72685 SoC with dual-core Cortex A75 and dual-core Cortex A53 with Mali-G51 MP4 GPU. Xiaomi did not advertise any adaptive sync technologies, so it may not be the best choice for gamers.

Interestingly, the Xiaomi TV Extreme Edition has built-in 5G networking, a rather uncommon feature for television.  The TV has Sound Dynamic Wing auto-retractable speakers, which are an equivalent of two external soundbars (20W x2).

Xiaomi officially priced the TV Master 82 Extreme at 49,999 Yuans, it will be available starting from October 21st. 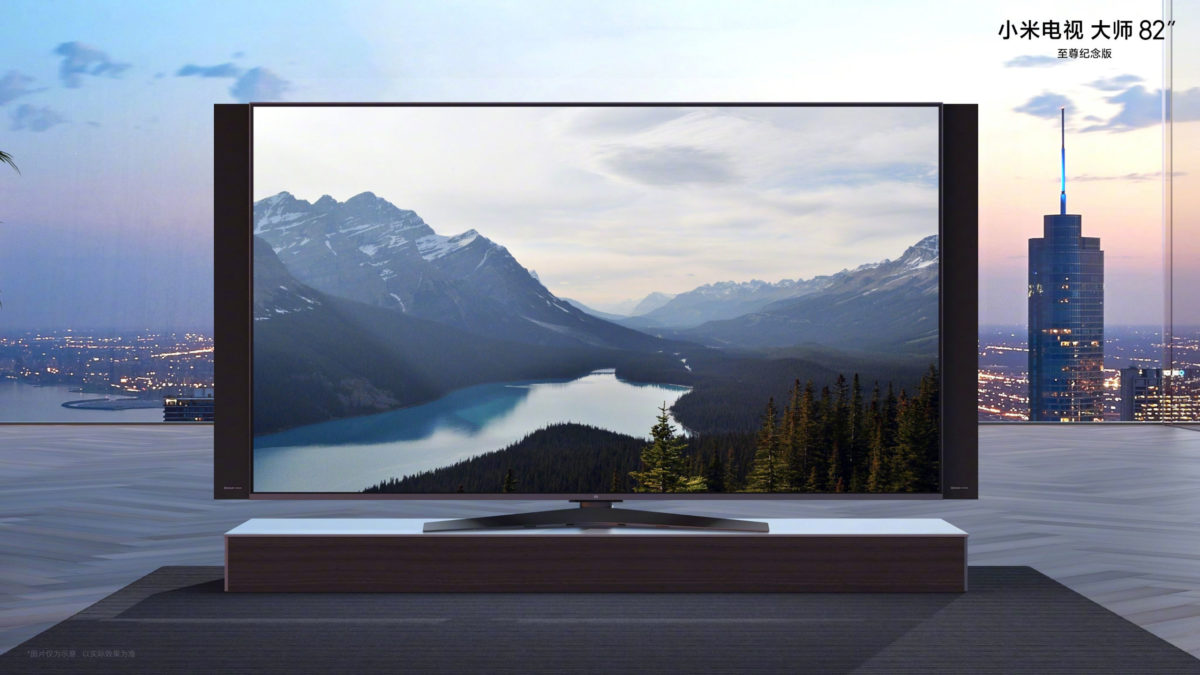 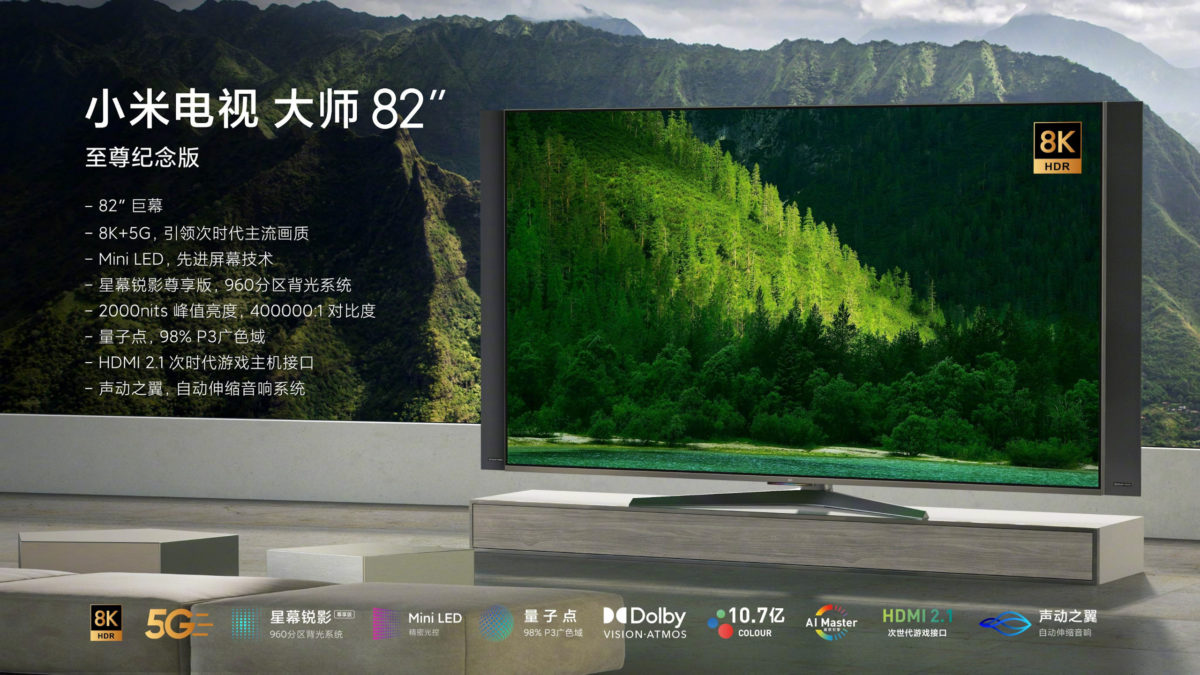 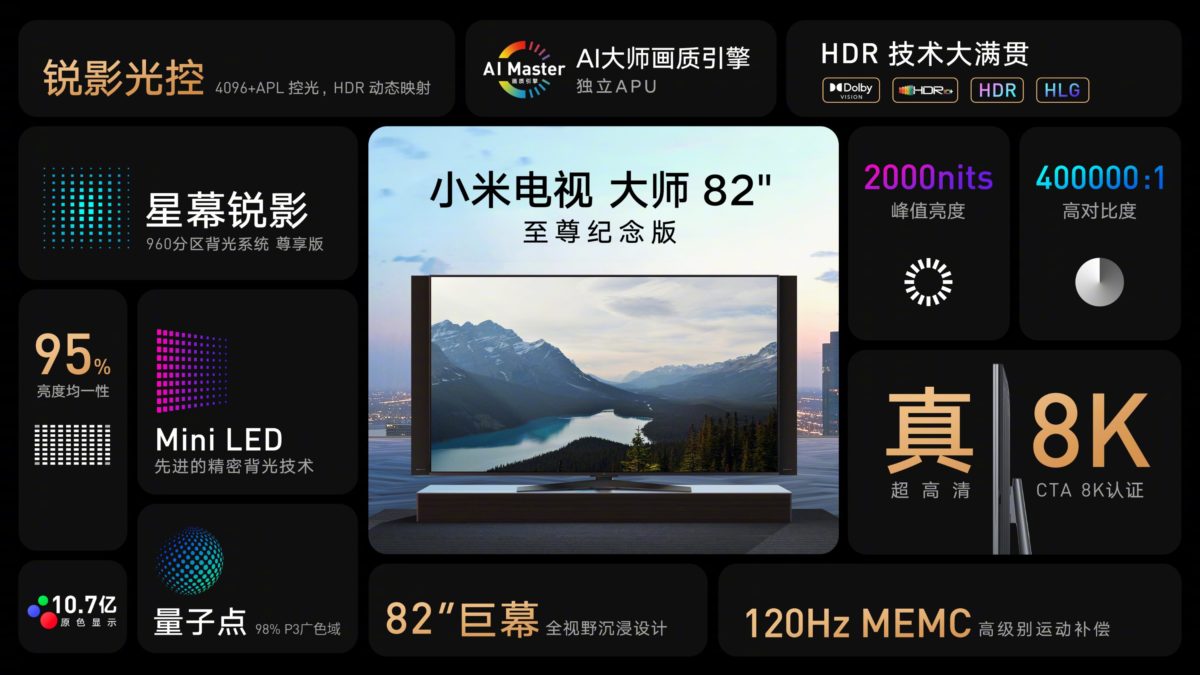 In terms of storage, the TV features 4GB of RAM and 64GB of internal storage. It is based on Xiaomi MIUI TV software, so no Android TV galore here.

The 4K Master TV will retail at 9,999 Yuans (1466 USD) in China. There is no information about global pricing or availability. 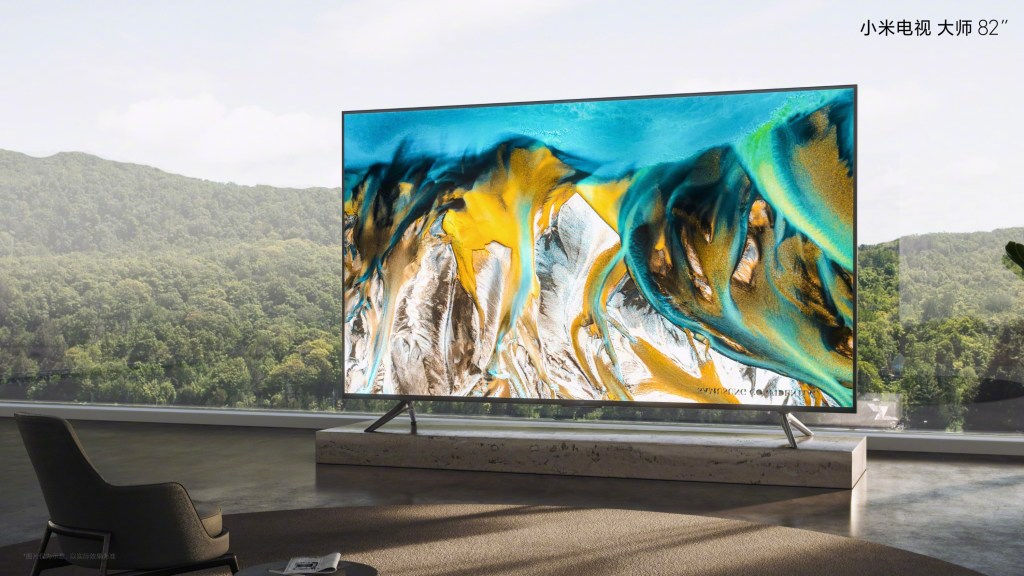 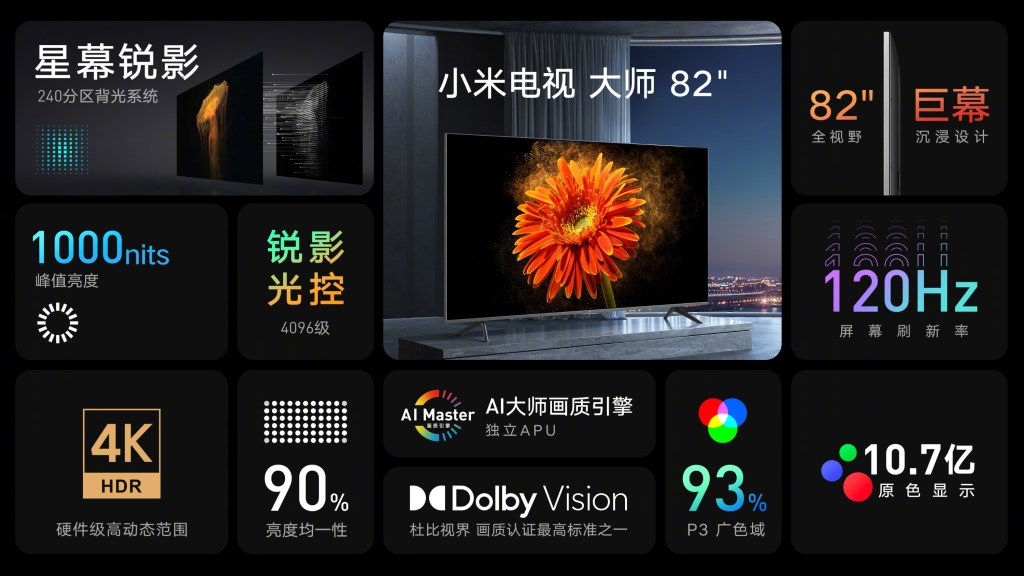 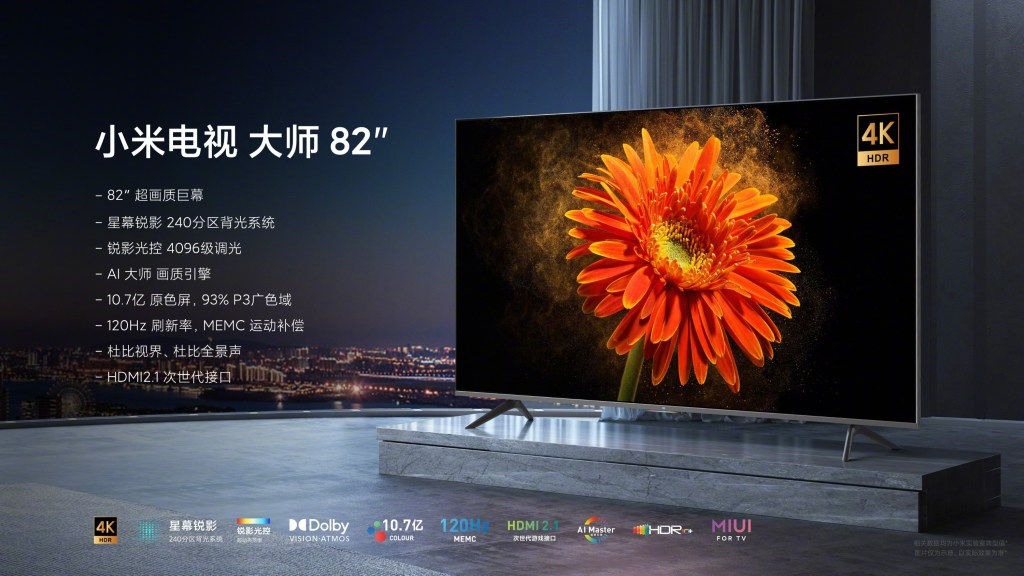