XFX today unveiled its fastest Radeon in the RDNA2 lineup.

A true successor to the THICC series has arrived. XFX today unveils its Radeon RX 6900 XT custom model featuring triple-fan and triple-slot design, the Speedster MERC 319.  The graphics card is based on AMD’s latest flagship Navi 21 XTX GPU with 5120 Stream Processors. This is a premium model featuring a full custom design.

In terms of specs, the RX-69XTACUD9 has a reference base clock of 1925 MHz, a game clock of 2105 MHz, and a boost clock reaching 2340 MHz. This is actually lower than RX6800XT Speedster MERC319, which features 2360 MHz. The graphics card features dual-BIOS, but XFX only lists the specs of the ‘primary’ BIOS. The secondary settings are either AMD reference or XFX’s Rage Mode, which is available on the RX6800XT series. 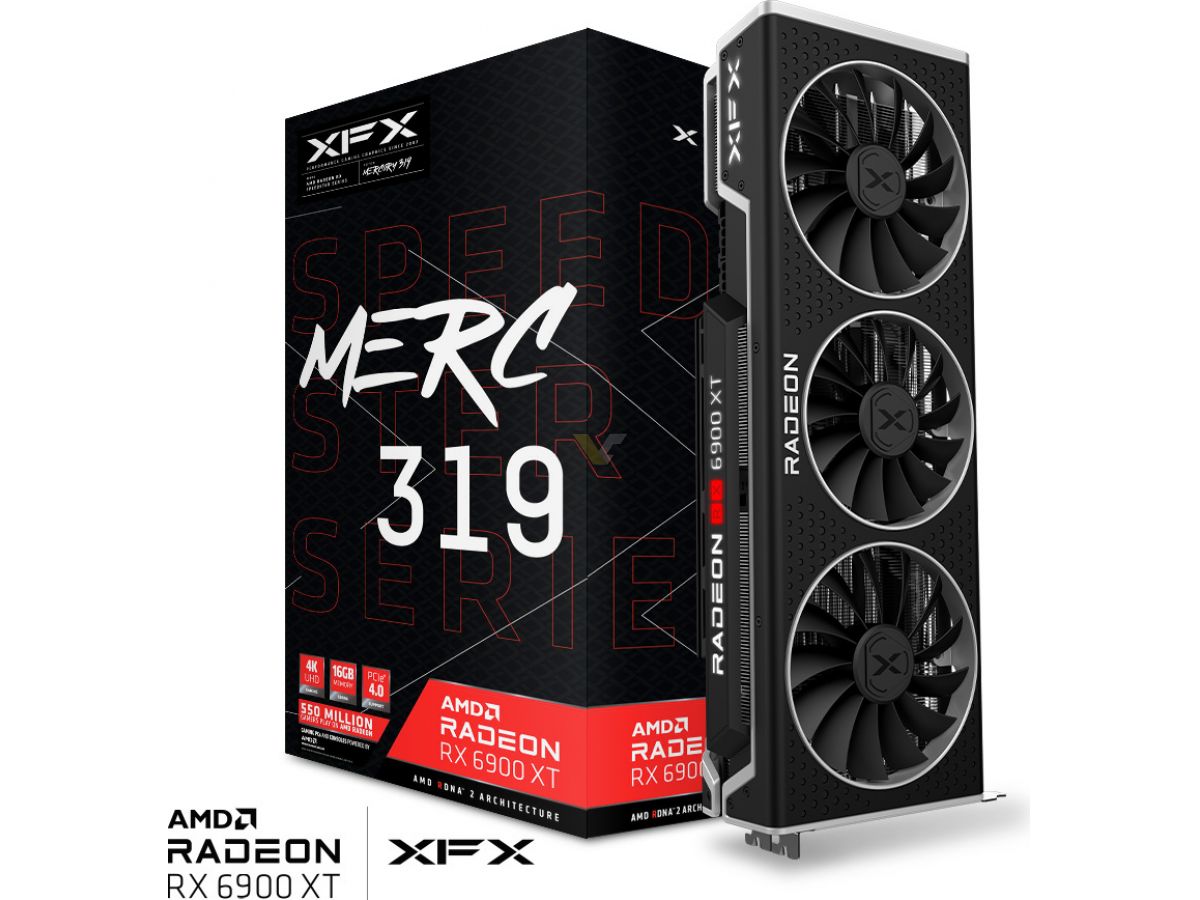 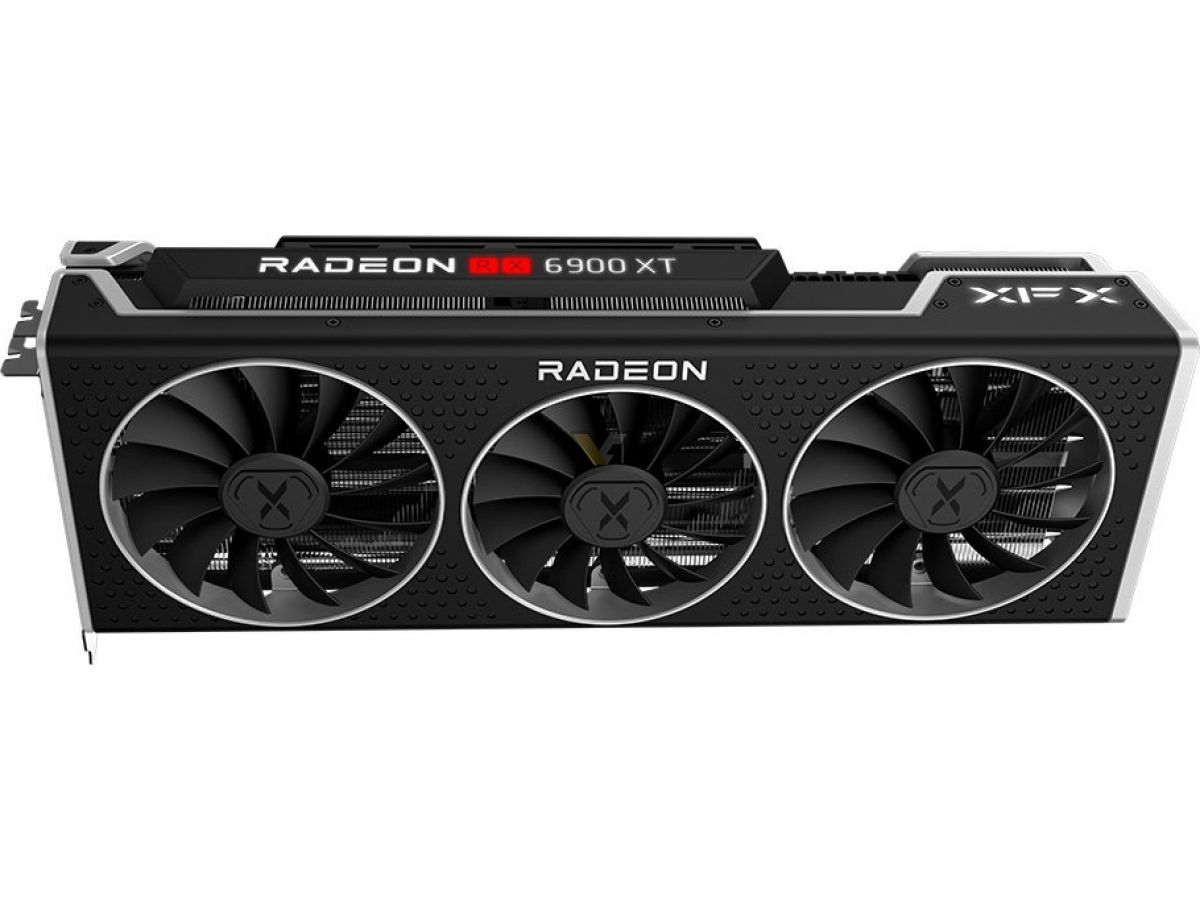 The design has not changed much compared to the RX 6800 XT MERC319. You will immediately notice though that the RX6900XT features a USB Type-C connector: 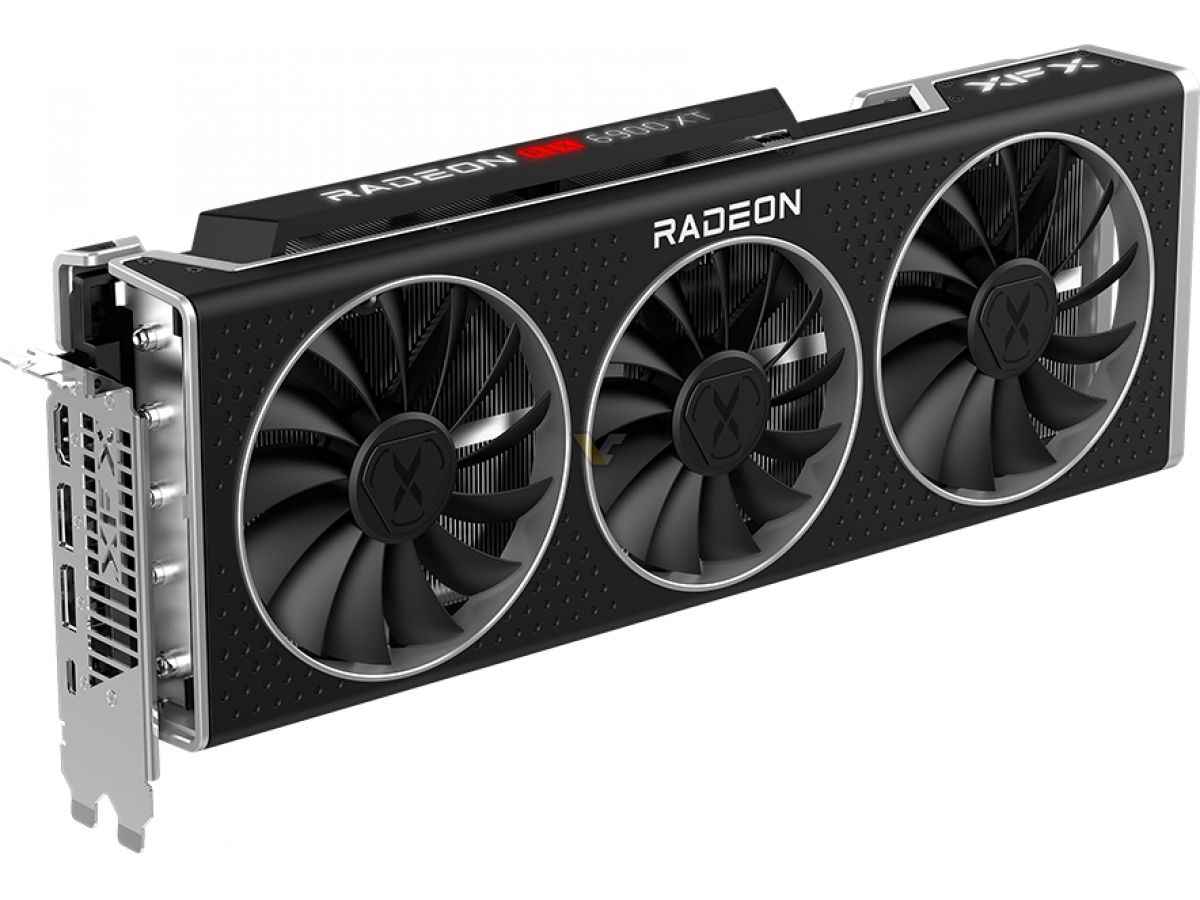 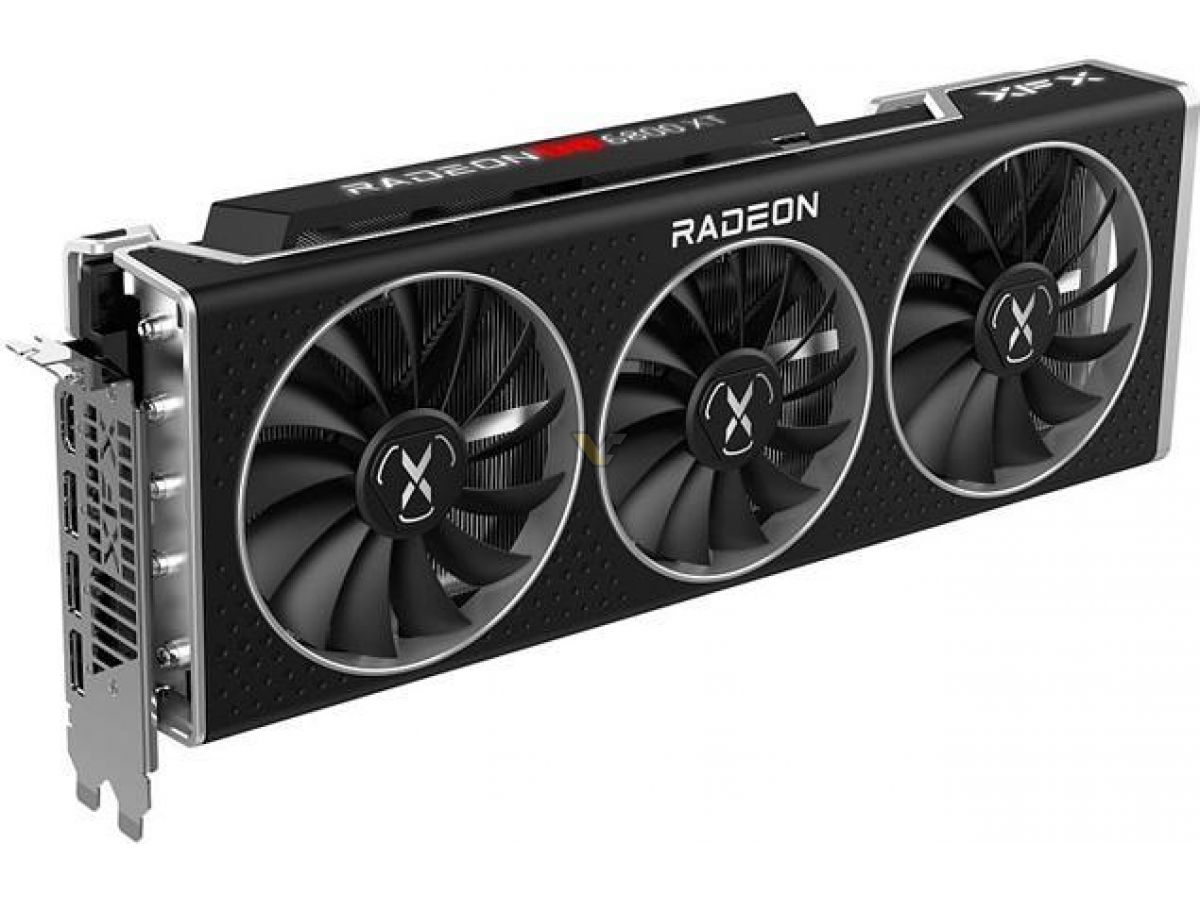 The backplate does not cover the whole area, instead, the backplate features numerous vent holes. The third fan will push the air through the exposed heatsink. 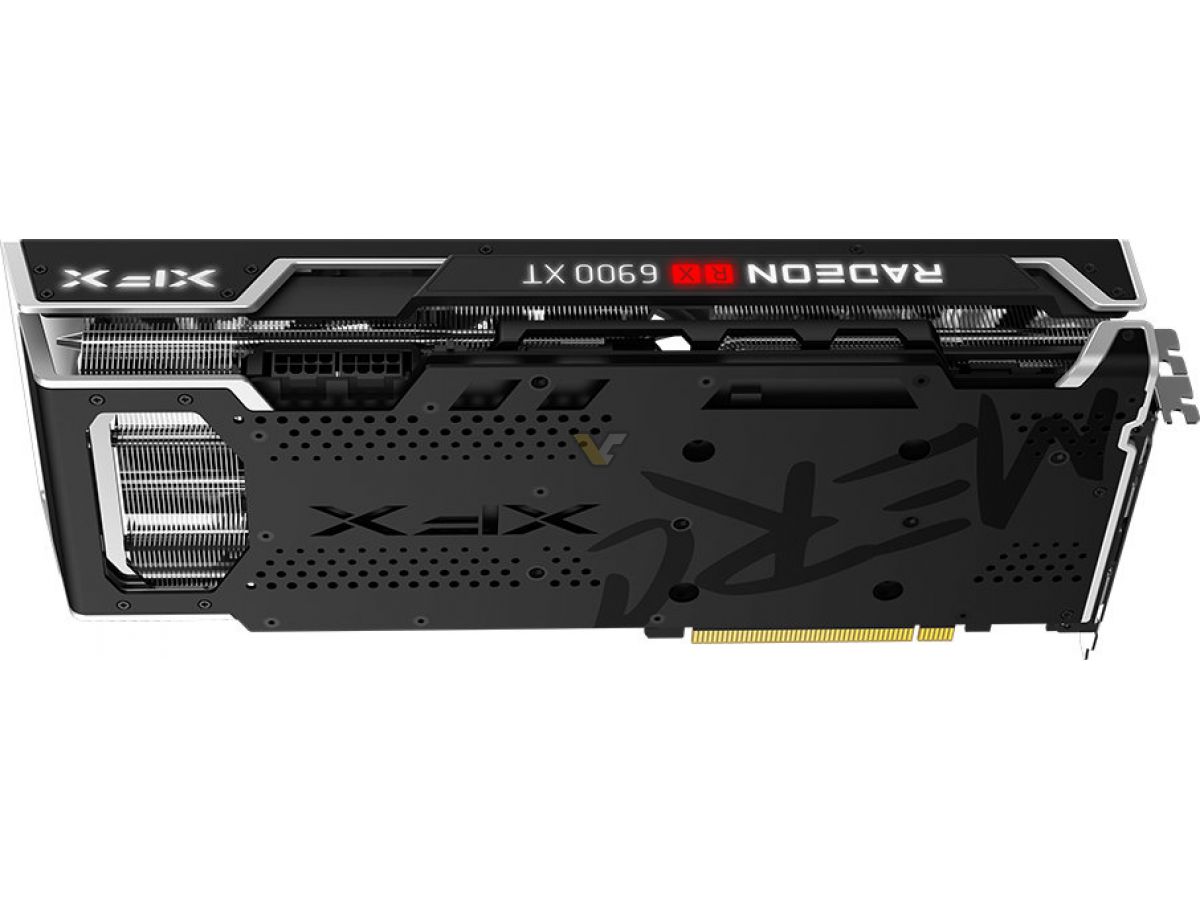 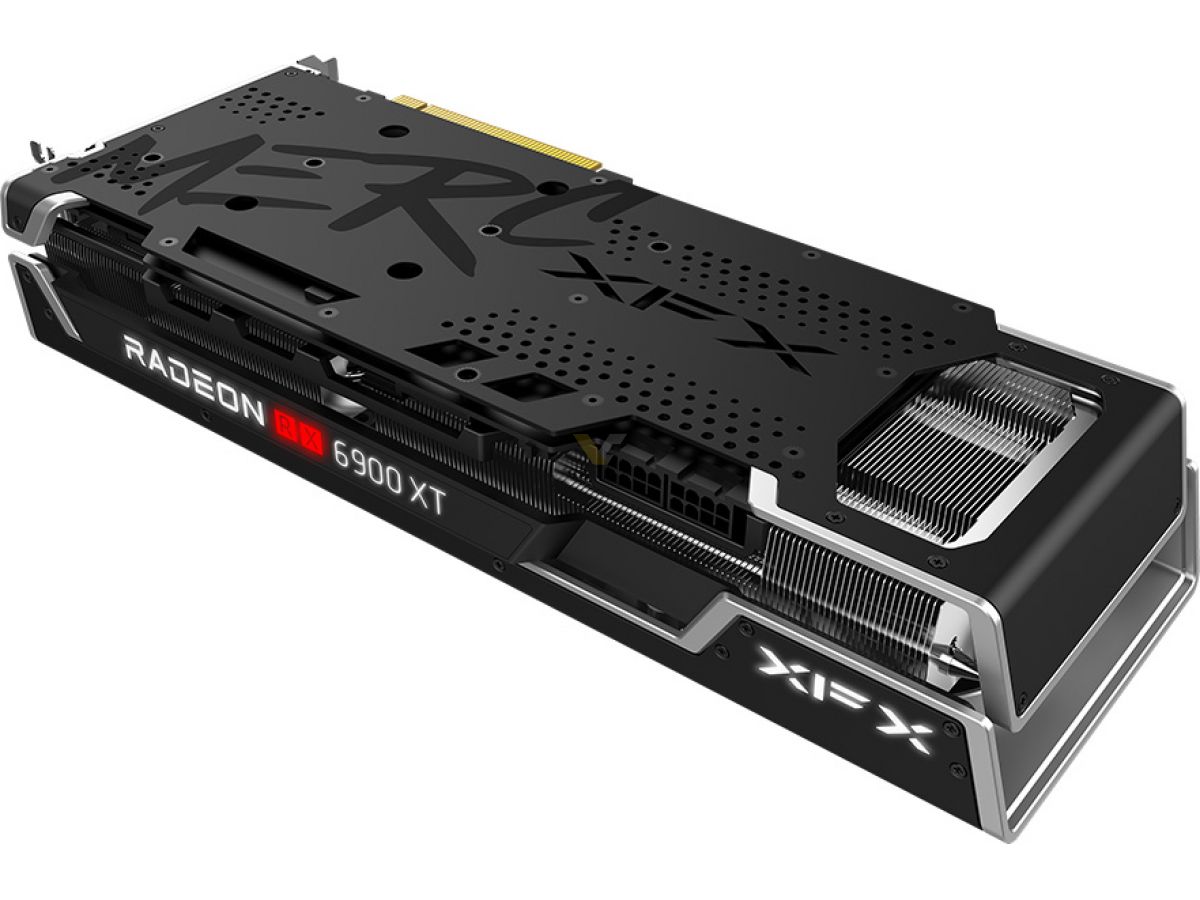 The company released two promo shots, revealing that the MERC is an abbreviation of Mercury: 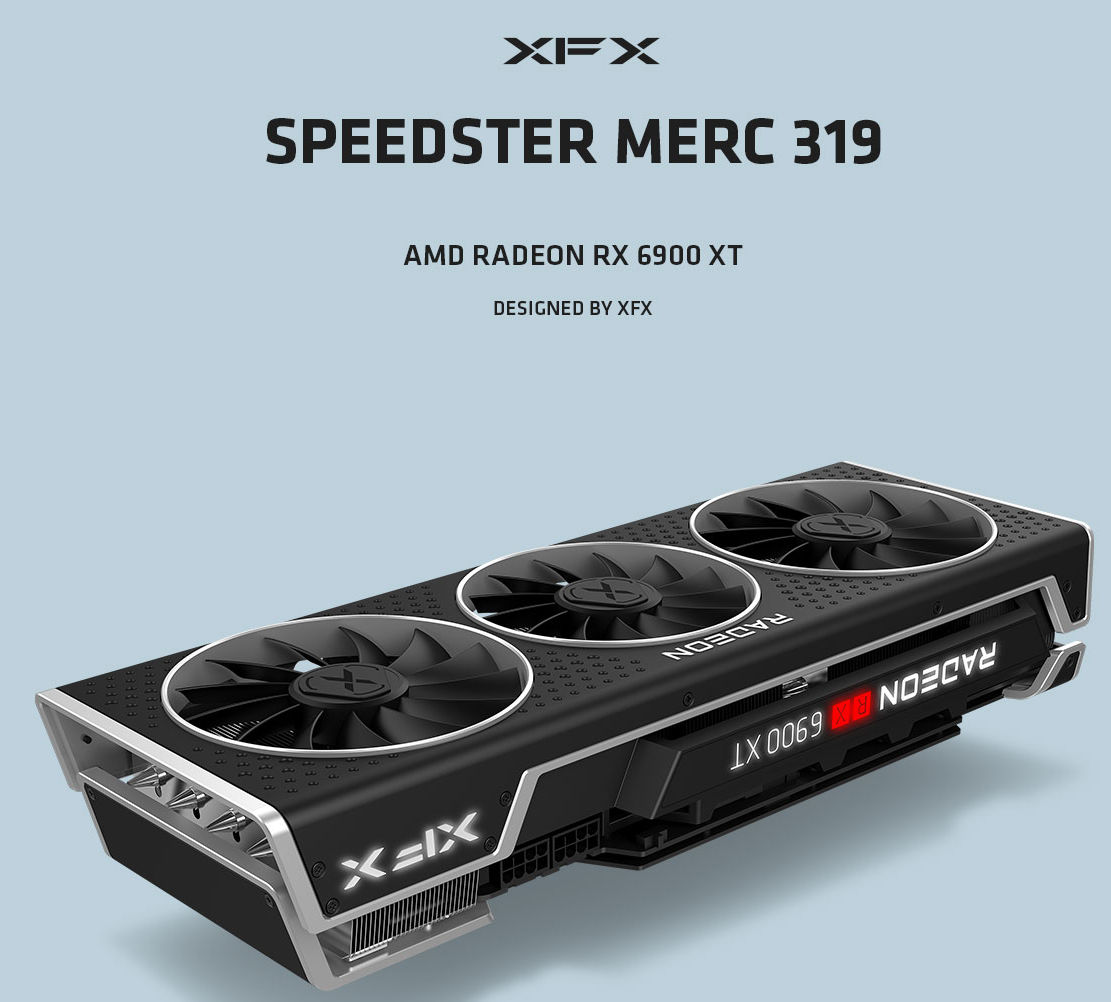 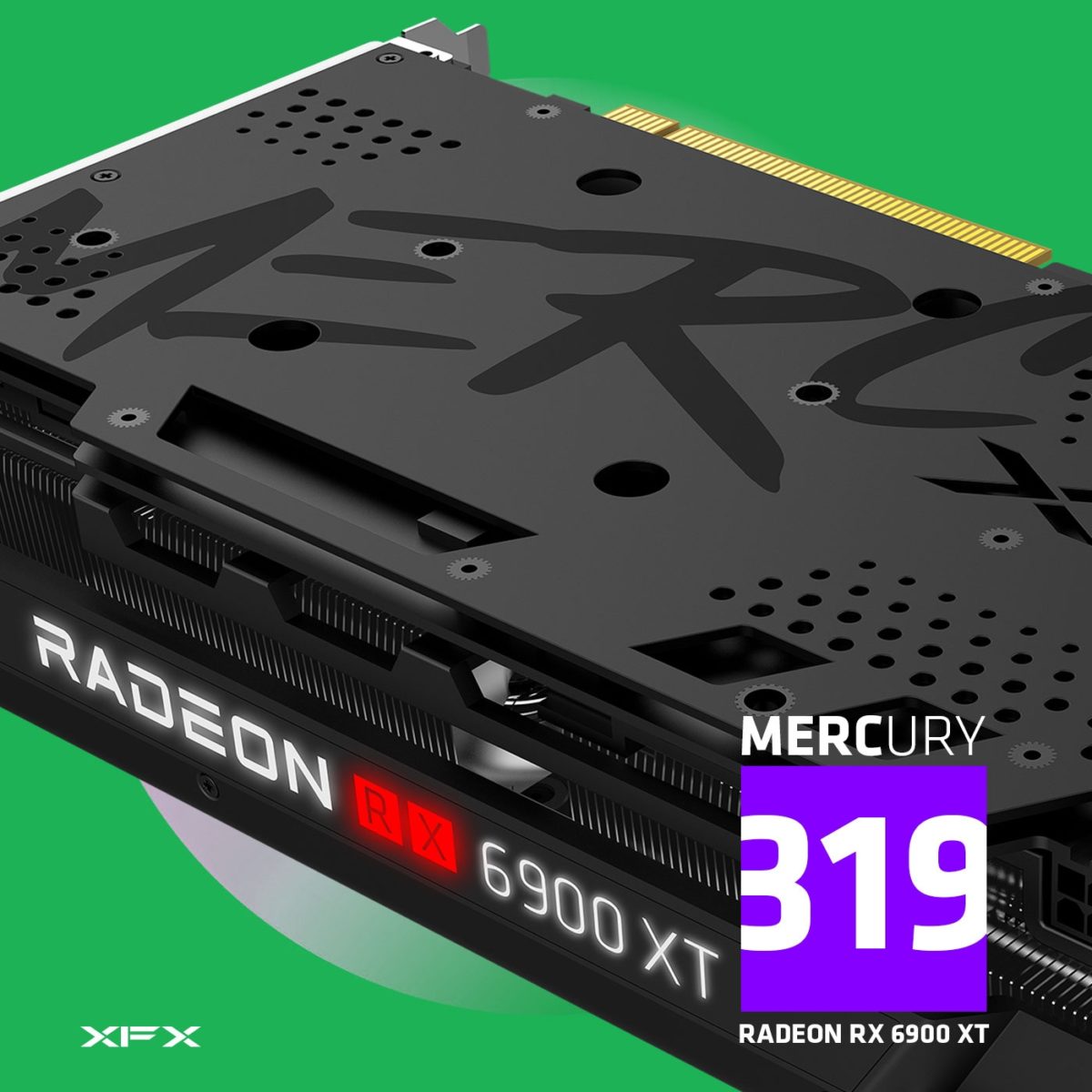