Microsft has confirmed that its next-generation gaming console based on RDNA2 architecture will launch in November. This is the same month as all previous consoles (except one) were released.

Additionally, Microsoft has announced that Halo Infinite will be delayed until 2021. This is of course mainly caused by the ongoing global pandemic. This is neither the first nor the last game to be delayed. On the other hand, Microsoft promised that over 100 games will be available for Xbox Series X at launch in November.

We have plenty to keep you busy until Chief arrives: There will be thousands of games to play, spanning four generations, when Xbox Series X launches globally this November and over 100 optimized for Xbox Series X titles, built to take full advantage of our most powerful console, are planned for this year. And with brand new console features like hardware-accelerated Direct X raytracing, framerates up to 120 frames per second, faster loading times, and Quick Resume for multiple games, playing will look and feel better, no matter which games you choose to play on day one.

Today, we announced updates to Halo Infinite’s launch timing. Our vision at Xbox and 343 Industries has always been to deliver the most ambitious Halo game ever for our fans, while also balancing the team’s well-being.  To do that, we will need some more time to finish the critical work necessary to launch Halo Infinite, which will come in 2021. 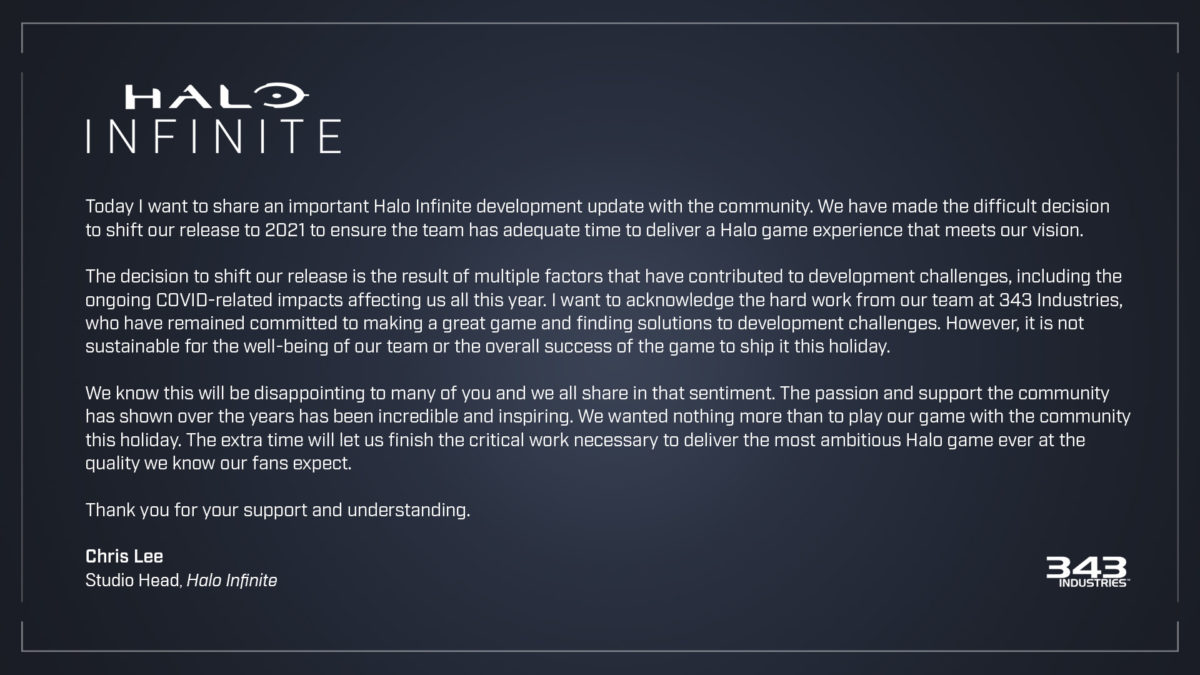