In the most recent video, Moore’s Law is Dead shares testimonies from his sources on a possible Intel Arc launch date. It definitely does not seem that Intel will be making a big launch this quarter.

Rumors about a delay of Intel Arc Alchemist are not new. The company has been indeed very secretive about the Arc launch date, even with its own partners it seems. Last month at CES 2022 Intel reaffirmed it will have its first Arc-based products by the end of this quarter, but the presentation only features a low-power laptop design, undoubtedly equipped with the low-end Arc GPU. At the same time, Intel quietly removed any references to Q1 2022 from its website, further suggesting that it won’t be a proper launch this quarter, but rather a limited OEM launch just to fulfill the promise. 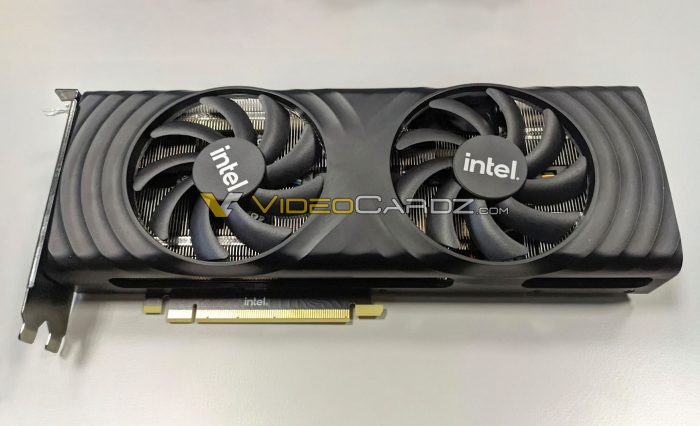 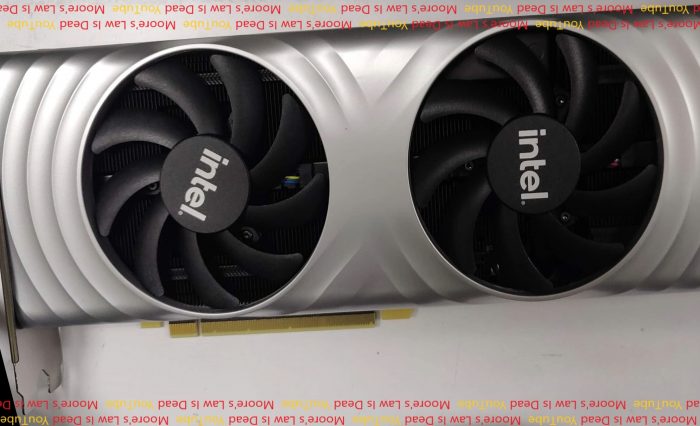 Intel Arc Desktop launch in… April or May or June

In this usual fashion, MLID shares direct quotes from his sources, and there were plenty this time around. According to those sources, the desktop high-end chip is most definitely not happening at least until April with some sources even mentioning as far as June.

Two of the sources claim that Intel will be making some announcements at a gaming convention before launching the actual hardware. However, it is not clear what convention is being discussed, as one quote mentions Pax East (Feb 27 – Mar 1), while the other claims it’s happening in Q2 so maybe even E3 2022. 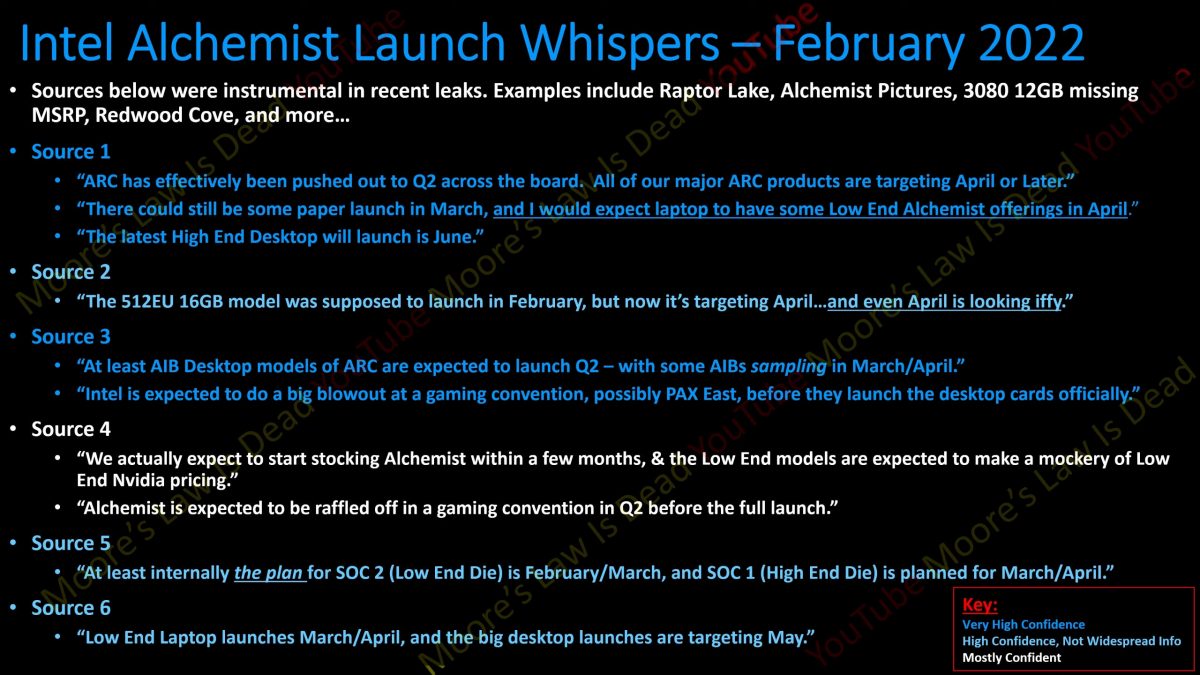 AMD and NVIDIA are both expected to make a refresh of their mid-range products, bringing either faster or simply bigger memory. AMD is now working on Radeon RX 6X50XT series with 18 Gbps memory, while NVIDIA is rumored to be refreshing its GeForce RTX 3070 Ti with 16GB at some point in the future. Both launches are likely correlated with the Alchemist launch, with the highest SKU rumored to feature 16GB memory.

One of the most commonly quoted reasons for the delays is software. Intel has already done a great job in releasing much more frequent drivers for its Xe-LP GPUs, but it probably won’t be till Arc actually launches that gamers see how quickly can Intel release a game-ready driver once a new title is out.