VESA: There is no “DisplayHDR 2000” tier in the VESA DisplayHDR specification

VESA (Video Electronics Standards Association) has today confirmed that two ultra-wide 5K monitors that we covered last week do not actually have DisplayHDR 2000 certification, simply because it does not exist.

The logo of DisplayHDR 2000 had appeared on two Taboabo pages featuring Samsung Odyssey G9 2021 and ACER EI491CRG9 32:9 ultra-wide monitors. Those monitors allegedly had a peak brightness of 2000 cd/m2, which would have granted them DisplayHDR 2000 certification, if such tier existed. Today, the organization confirmed that such a tier is currently not offered and therefore those monitors cannot use such certifications.

The HDR highest tier from VESA at this moment is DisplayHDR 1400, both monitors would probably fit into these specs. However, neither the HDR 2000 standard nor these monitors were officially released yet.

SAN JOSE, Calif. — During the past week, the Chinese retail website Taobao has listed two display products that have a VESA certified “DisplayHDR 2000” logo — an updated Samsung Odyssey G9 monitor as well as a new Acer EI491CRG9 monitor. In addition, several media outlets have reported that these monitors have received “DisplayHDR 2000” certification from the Video Electronics Standards Association (VESA). VESA wishes to set the record straight on this development. There is no “DisplayHDR 2000” tier in the VESA DisplayHDR specification and logo program at this time.

VESA has no knowledge of the origins of the DisplayHDR 2000 logo currently posted on these display listings on the Taobao website. However, VESA takes any misuse of our trademarks and logos seriously. VESA does not endorse the use of this logo unless and until a DisplayHDR 2000 tier has been officially announced by VESA, and any products claiming to meet this tier level have been officially certified by VESA and are listed on our website at https://displayhdr.org/certified-products/.

Until the displayhdr.org website displays DisplayHDR 2000, any such logo usage should be assumed to be unapproved and deceptive.

The logos that were used by Taobao retailers looked official and carried a trademark symbol. According to the statement, those trademarks do not exist: 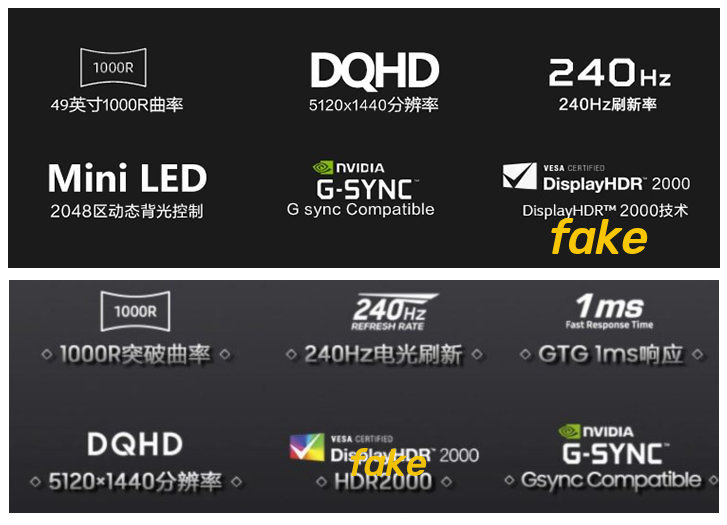