The competition from new AMD RDNA2 powered handheld console is not a problem for Valve. On a contrary, the company has reached out to GPD with a proposal to optimize Steam OS system for their console, a more powerful one.

GPD has just revealed its Win Max 2 handheld console featuring either Intel Core i7-1260P CPU or AMD Ryzen 7 6800U. As we have said before, this console is more of a laptop with a gamepad than a typical console, offering a much larger screen than typical portable consoles like Nintendo Switch or Valve’s Steam Deck.

The Ryzen 7 6800U version is definitely a lot better for gaming, as demonstrated in early reviews. This low-power APU has a total of 12 Compute Units based on RDNA2 architecture, the same architecture Steam Deck has. The difference is that Deck has only 8 such units and a bit older Zen2 CPU architecture. Therefore, GPD console has better performance, but worse optimization for Steam OS. However, this might change in the future.

GPD confirmed on their Win Max 2 Indiegogo page that Valve has reached out to them with an offer to optimize Steam OS for their Ryzen 7 6800U console. This means that Valve will be optimizing Steam OS for Zen3+ architecture and even more powerful RDNA2 graphics. 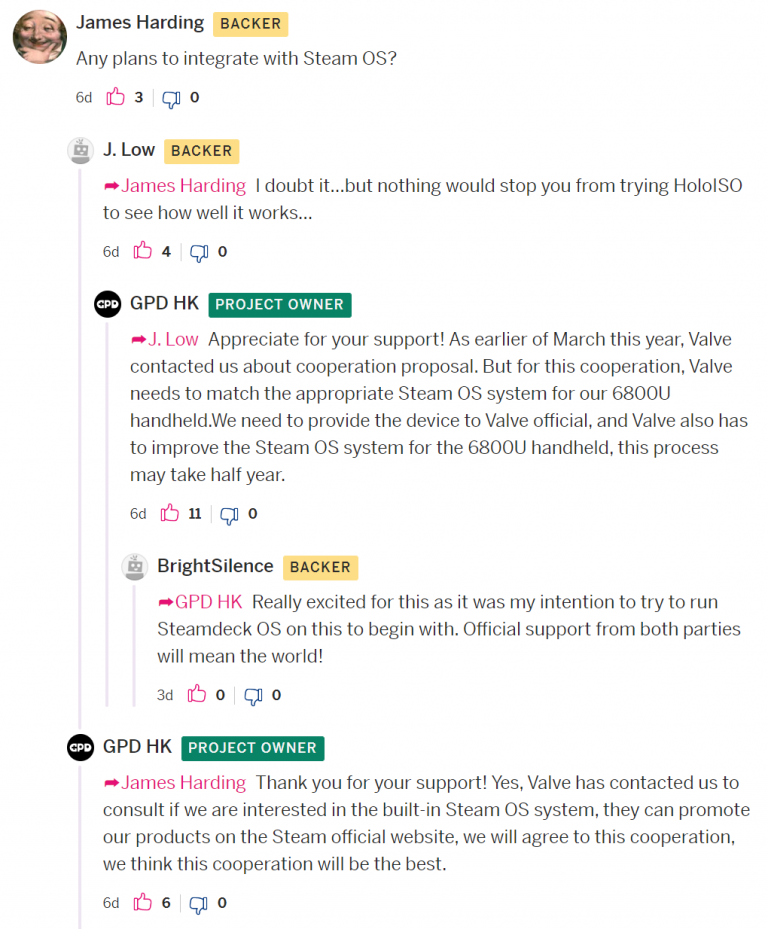 The ecosystem for Steam OS devices will grow to 3rd party devices and more gamers will get better experience. By optimizing Steam OS for GPD devices, other console manufacturers such as AYANEO, AYN or AOKZOE should also benefit from this greatly.

GPD did not confirm if the agreement on Valve cooperation was made, but even if with Valve’s support, it may take up to ‘half a year’ for the process to show results.

Currently, GPD recommends using either preinstalled Windows 11 Home system or replacing it with Windows 10 LTSC, which has better efficiency and lacks unnecessary (for a game console) Windows functions.