According to some recent tests conducted by Notebookcheck, some variants of NVIDIA’s newest RTX 3070 Ti Laptop GPU are actually slower than full-fledged RTX 3070 non-Ti models.

This story repeats itself with almost every launch of the NVIDIA laptop GPU. Some power-limited GeForce mobile GPUs are not able to compete with lower-tier SKUs that are not power restricted. This is confirmed by some initial tests performed by Notebookcheck feature MSI Stealth GS66 gaming laptop with GeForce RTX 3070 Ti 105W GPU. That’s significantly less power than the Vector GP66 model from the same company featuring 150W graphics. However, as discovered, the RTX 3070 Ti with 105W TGP is also slower than RTX 3070 150W. 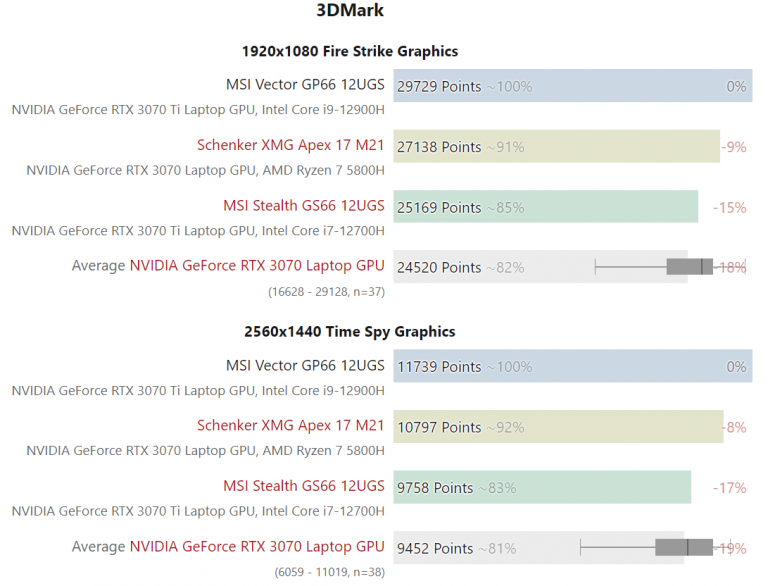 While it makes perfect sense to buy RTX 3070 Ti laptop in this case – the graphics card consumes less power after all – it might be misleading to customers who choose their laptops simply by looking at the name of the graphics card. 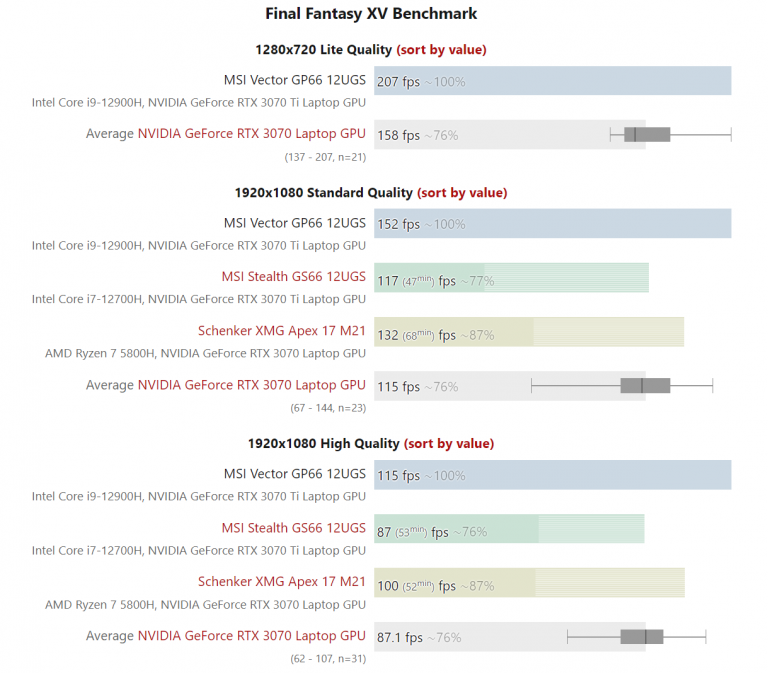 Those discrepancies between the same GeForce Laptop SKUs with different power targets were the sole reason why media outlets pushed for NVIDIA to enforce a requirement to list TGP by all laptop manufacturers. This change was required after NVIDIA stopped advertising its Laptop graphics cards with Max-Q/P naming.