At Innovation 2022 Intel CEO Pat Gelsinger confirmed the company will launch its first 6 GHz desktop processor next year. This 13th Gen Core SKU, most likely called Core i9-13900KS, will be a prebinned chip, and it will be limited in volume. Such a CPU could be a response to AMD’s upcoming Ryzen 7000X3D series.

Over at Bilibili, there is a screenshot from CPU-Z software supposedly showing the rumored Core i9-13900KS processor in action. It would appear that somebody has tested this processor in both single and multi-core CPU-Z tests. It scored 982.5 and 18453.4 points respectively. 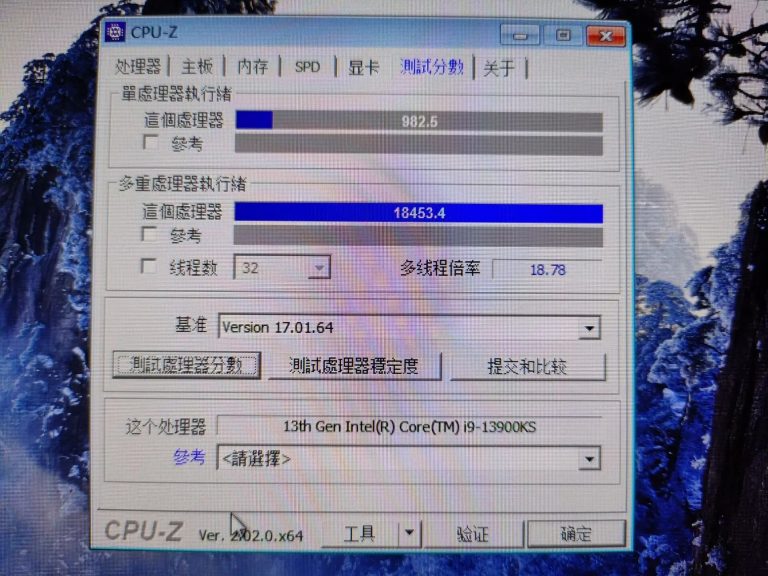 We have combined a few leaked results of the Core i9-13900K CPU, the upcoming flagship K-series model that was announced yesterday. Intel is yet to lift the review embargo on this model; however, some people had access to engineering and qualification samples.